A Liverpool community bakery, housed in a shop saved from the bulldozer, has scored a hat-trick of gold medals at the British Pie Awards.

Homebaked Anfield was described by organisers as a credit to pie makers in the country after scooping a total of nine awards in the nation-wide competition which, this year, saw 180 bakers take part.

Four Homebaked pies finished in the top three pies in their class with golds for the Shankly Pie, the Cheese and Onion Pie and the Pea and Mint Pie.

There was also a bronze award for Liverpool’s Denise Pendleton, from The Gluten Free Pie Company, who supplies the shop with GF vegan pies.

With 963 savoury bakes to wade through, it’s a hard life, if not a lard life, for the judges at the British Pie Awards who, every year, manage to eat all the pies down at the Melton Mowbray HQ.

But Homebaked hit the back of the net with them, prompting Dr Matthew O’Callaghan, chairman the British Pie Awards, to declare: “I shouldn’t be surprised if one year we will possibly see a Supreme Champion coming from the Homebaked  cooperative.  They are a credit to pie makers in the country and in the North West in particular.”

He added: “Four of their pies were ‘highly commended’ which means they were runners up to the winner of the class which is a real achievement.”

Homebaked Anfield, which sits in the shadow of Liverpool FC’s stadium, opened full time in 2013,  a community land trust and co-operative bakery whose aim is to revive the fortunes of an area, left for demolition “loaf by loaf, brick by brick” using money spent in the neighbourhood to benefit its communities.

It was born out of a Liverpool Biennial art project in 2010, based in the former Mitchell’s bakery shop, which was set to be flattened. It found its feet with an ambition and business plan to become a standalone enterprise. Now, any profits from the business are reinvested into new jobs, building and other community projects. It has just finished renovating an apartment over the shop and applicants from would be tenants are being invited.

Announcing the latest success, the Homebaked team said: “We are so delighted that our little community-owned bakery in Anfield is up there with some of the biggest pie producers in the country. Just proves that you can do business in a different way.

“We are proving that communities can create successful businesses and help change things for the better.”

None of this would be possible if the pies didn’t have it and a quick trip to check out the shortcrust Shankly Pie (£3), which combines melting steak, mushrooms, bacon, leeks and celery, left this author in a happy Monday food coma, helped along by perfect fluffy, mash and lashings of thick, stand-out gravy made from Handymans IPA (£5.50 all in).  Good piebrations all round.

And with Homebaked also making room for the three silver and three bronze gongs it collected in the pie awards, at this rate there will only be one trophy cabinet in the city worth visiting. 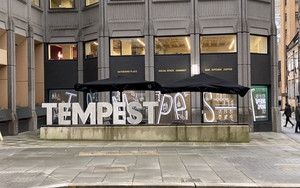 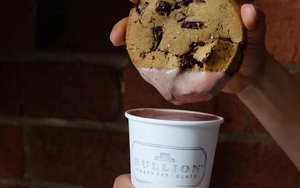 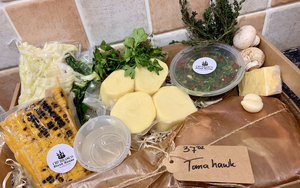