AS a North West food pundit and all round fat bastard, Gordo despairs sometimes of the current trend towards good, but middle-of-the-road dining that flows up from that there London, generally landing in Manchester first, then spreading over to Liverpool as a second destination.

Liverpool can get the needle over this “Manchester first, Liverpool second” stuff.

Alternatively it can thank its lucky stars.

And, because of three scallops, it should indeed do just that.

Like the Galapagos Islands, Liverpool gets more time to be quirky and interesting in its restaurant offerings due its geography, as it does take longer for stuff to arrive from outside. This means that the homegrown varieties can be a good deal more interesting than the stuff being manufactured by the soulless marketing men elsewhere.

Take them three scallops. Gordo had time to kill after spending a couple of hours chewing the Migas with the Spanish food botherer Peter Kinsella over at Lunya, who mentioned that a new restaurant had just opened next to another of Gordo’s favourites, San Carlo.

So, Gordo found himself staring at these three scallops, served on the half shell, salivating furiously. 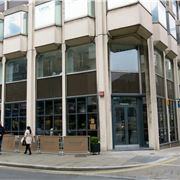 Then they blew Gordo’s mind.

Cooked with butter, parsley, garlic and a touch (he thinks) of good white wine, these freshest, sweetest of scallops, grabbed Gordo, slung him back and snogged him with an abandon that left him breathless.

For the first time in ten years Fatty gave a dish 10/10 outside a Michelin-starred restaurant.

Matt Walsh is the head chef here and cooked those scallops. God help him if doesn’t replicate it next time Gordo is in. 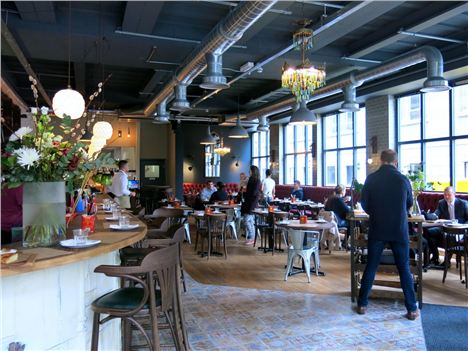 The place is Bacaro, the new kid on the block up on Castle Street from the Salt House people. It’s a bit normal from the outside, but walk in and you get the buzz, instantly. It’s all a bit Hemmingway. Don’t ask. It just is. There is a bar, punted at us as a Campari bar. All a bit distressed, but cool and not over-engineered.

Flowers and leather banquettes add atmosphere to the room, whilst over in the far corner the kitchen is on view, adding warmth and great smells.

Service is assured, cheeky and professional. Gordo fell madly in love with his waitress, Laura. Apart from being a stunner, she knew what she was doing. Then, being a fickle old bastard, those scallops turned his weak head.

Beforehand, charcuterie - one a board of fennel salami (£5.95), then hand-carved shoulder, salchichon and chorizo (£12.95) and D.O.P. Bellota ham (£8.50-half portion) - had stunned Gordo into silence. The latter two were from acorn-fed pigs; they were served immaculately and sang with flavour. 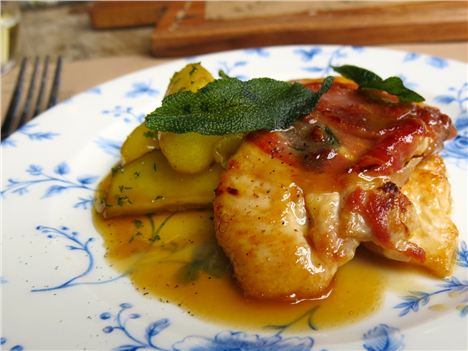 There was Stornaway black pudding on the menu; this should be Bury, to be fair, so Gordo snubbed it. The portions are all small, and priced that way, in the new "Cicchetti" style that has become popular, think grazing and sharing. Or just be one greedy mother like Gordo.

Mussels with sliced fennel, Pernod, chilli, cream and bacon lardons (£5.50) were tip-top whilst the chicken saltimbocca with Parma ham and sage (£5.50) suffered a little from being chicken and not veal. It did have a cheeky bit of pan-fried apples with honey that was a nice ‘ouchy’ touch.

The pudding was an outstanding buttermilk panna cotta, with amaretto cherries (£4.95) served with nutty biscotti, brilliant for scooping.

The wine list is a charmer. Gordo started off not wanting alcohol but finished up necking a bottle of Tedeschi Amarone della Valpolicella from Veneto in Italy (£49.95). The less ridiculously extravagant can do very well indeed at the sub £20 level with a bottle of Aires Andinos (£18.95), a tricky little Malbec from Mendoza, in Argentina. 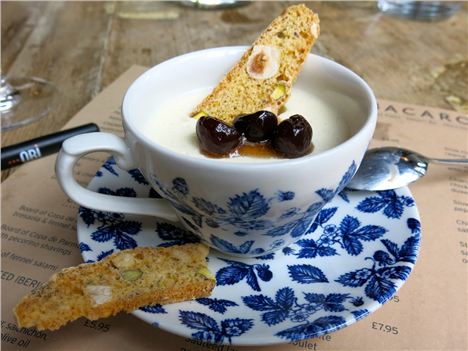 The point about this absolute gem of a restaurant from a gem of small group, including Salt House Tapas, is that across the North West region, quite frankly, we don’t find places like this; it is very clear that everyone involved is absolutely passionate about the food and how it is cooked and presented, along with obsessive interest in provenance.

Gordo’s hat goes off to these fellers. Bloody love it.

Bacaro is a Gordo Go. 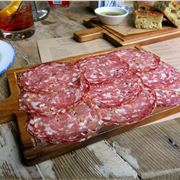 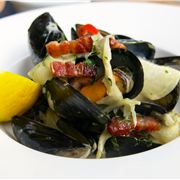 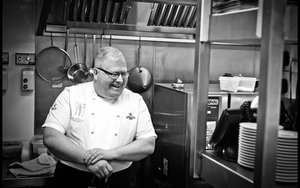 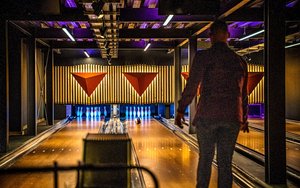 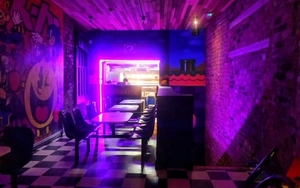 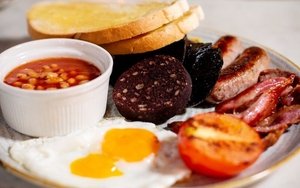