Rough Hand Made bakery has moved (and it's better than ever) 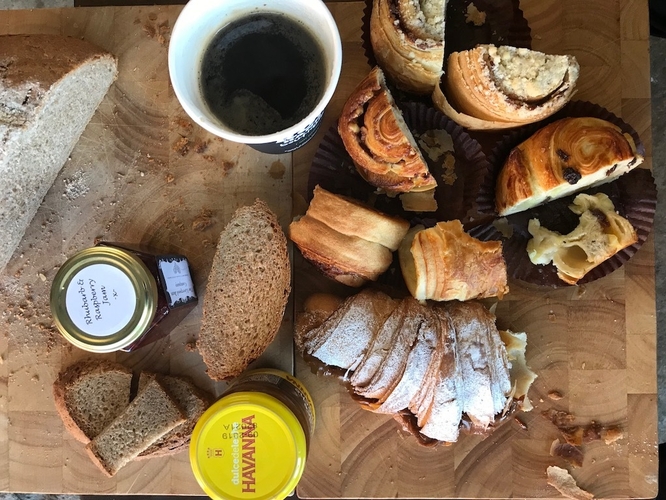 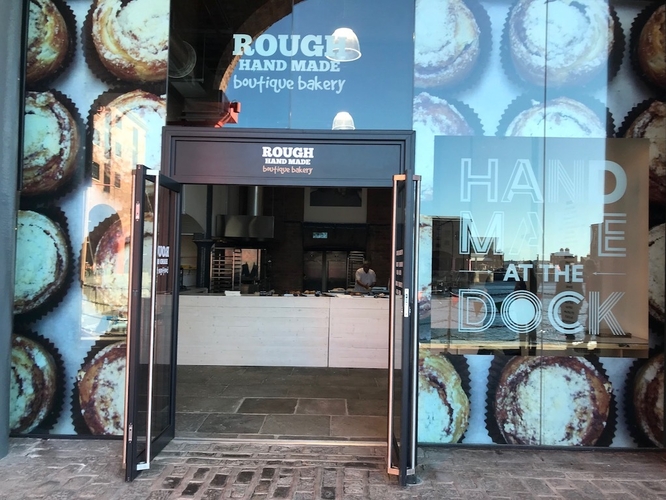 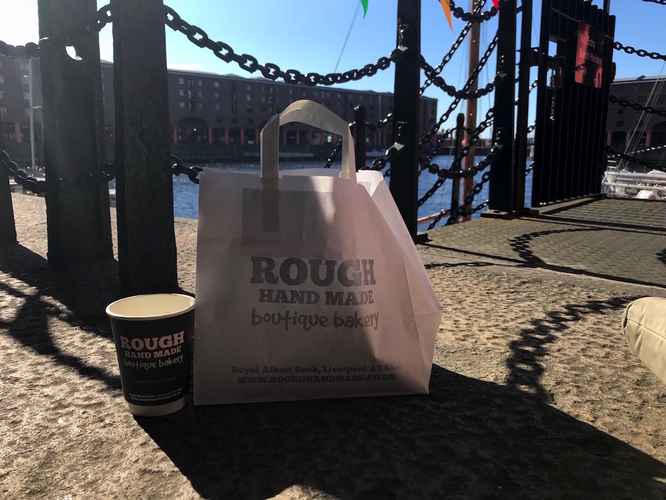 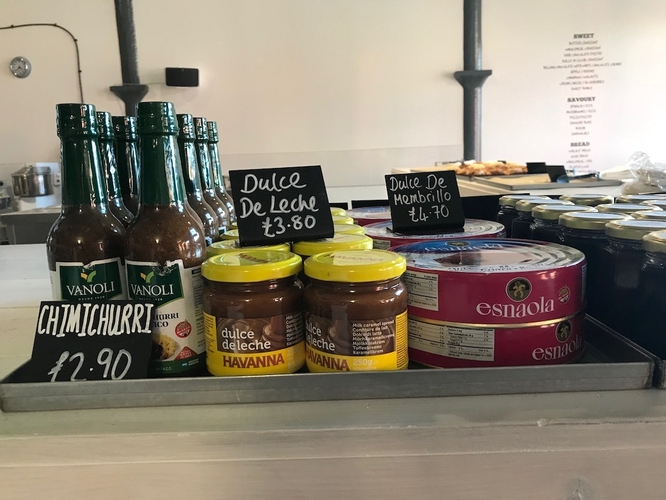 Their pillowy pita breads are already the stuff of local legend, prompting a closed eye supplication to the heavens when I first encountered them, and Rough Hand Made Bakery have quickly risen to the top tier of independent bakers, if not food traders in Liverpool.

But it’s still a bold move from a small neighbourhood shop on the quieter end of Penny Lane to a dramatic space in Albert Dock, at least ten times the size - especially when considering that every single one of their products is indeed handmade and must meet the exacting standards of each member of the family-run business to be saleable.

"We really, really don’t want to be the same as other places."

As youngest son Evy explained to me, “we can’t say how many we make a day of anything because if we plan on making 100 but only 50 come out right, we only put 50 out.”

And they are also trying to gauge levels now that tourists, shoppers, office workers and even the police across the road are amongst the new customers drawn by the smell of quality ingredients being worked into an array of incredibly delicious and soulful baked goods.

Arriving at 4pm on their second week of trading in the new location, to a sparse display (the shop closes at 4.30pm) I was relieved that a few of the delicious croissant buns had both passed muster and been put aside, along with a challengingly indulgent dulce de leche filled croissant of generous proportions and orgasmic taste.

Owned and run by Carlos and Sharon Goldman, the wood and brick bakery showcases a large open kitchen, huge counter/display space and airy casual seating under a high roof, with sunlight flooding in through floor to ceiling windows.

At least four months in conception, as Evy explained, it’s taken time to open because, like the food, the fixtures and fittings are all handmade – from wooden benches to counters and shelving.

“It took a while and might have been quicker if we used contractors but since we like things a particular way we made it all ourselves. We try to make everything as ‘US’ as we can.”

And that ‘US’ is particularly edible and something that Liverpool has taken to heart. “We’ve noticed in our first week that so far, our Penny Lane customers are coming to Albert Dock for their ‘weekly dose,’” continues Evy, handing me a coffee to cut through my croissant-induced sugar high so we can continue to chat.

Nothing is named, only described; whilst I tucked into the best-selling Belgian and white chocolate chunk croissant bun-thing, Evy used the new website to show me some of the products that had been snapped up hours ago. These include the winning icing sugar topped cream cheese and blueberry filled sweet pastry and a sweet quince affair in croissant dough alongside a variety of savoury dough-based treats featuring classic fillings of spinach, goats cheese, mushrooms. New products will follow - but only when they are absolutely right.

Despite a new online and in-real-life look, when asked why they may be missing a trick to name and go viral with their exceptional products, I was told that they don’t think about the commercial world.

“We just name it as it is. This is apple and raisin, this is cinnamon and walnut”. And both were incredible - generous with flavouring and croissant dough of the highest standard; good height, great air and real buttery flavour.

Sandwiches are a new product, all vegetarian or vegan. The goat’s cheese and sun-dried tomato is flying out the door as soon as the slices of its ever-popular walnut bread outsides are lovingly squashed together.

Father Carlos is the enthusiastic baker who can be seen kneading the next day’s dough to the dulcet Latin American music of his native Argentina. Back then, he always provided a baked treat at family dinners, from breadsticks to buns before enrolling in pastry classes as a hobby to take his baking to the next level. He develops most of the Rough Hand Made recipes from scratch.

Wife Sharon is a returned daughter of Liverpool, who provides the important bridge between the baker’s imagination and skill and the customers’ needs, wants and dormant desires; Evy stressed that this was so important as whilst the family enjoy and respect the competition from other independent local bakers - they “really, really don’t want to be the same as other places. Our wholemeal croissant [inevitably sold out] you can’t find anywhere else”.

Almost as an aside to his family’s connection Evy is a massive enthusiast of Liverpool (growing up in Beunos Aires and the Middle East and previously working in Ireland) and seems genuinely thrilled by the city.