'It was more like a scale model of Jabba the Hutt' - Review: Evil Eye Beer & Burrito Shack

When you order Mexican food, there are a few ingredients you expect to encounter. Rice, beans, chillies, sour cream, you know the stuff.

So when I ate at Evil Eye Beer & Burrito Shack, on Smithdown Road, I certainly wasn’t surprised to find every one of these items present and correct. But a raw egg? That came as a shock. And delivered right at the end of the evening.

At the very least, it made a change from a mint imperial covered in 27 different types of… well, you know the myth.

But more of that later.

Childwall’s excellent Top Rope brewery is well represented – fittingly, given that its graphic styling takes a lead from Mexican wrestling

Evil Eye has been around a little while, but its use of the word “shack” to describe a unit that was once a standard suburban butcher’s shop marks it out as one of Smithdown’s newish breed of food and drink outlets.

Tucked in round the corner from Ullet Road, and just a craft-beer-induced stumble from the Handymans Supermarket (now reinvented as a pub), it is well placed to supply tortilla-wrapped goodness to a neighbourhood that has recently been taking control of its cheeky but charming self-identity. Look no further than the energetic and endearingly ramshackle Smithdown Road festival for evidence of what a bit of community-minded pride can achieve.

Evil Eye is a cosy place, with its bare brick walls, fairy lights and candles creating grotto vibes that extend as far as the brightly lit open kitchen at the back. Burritos take centre stage, with one side of the outsized menu devoted to them, either as pre-set or build-your-own concoctions with a wide choice of fillings. But flip the card and there are all kinds of snacks and sides including nachos, quesadillas and a variety of fries, with all the dips and toppings you could wish for.

And there’s beer too, an impressive selection for a restaurant of such modest size, with a few mainstream names such as Brahma and Bud Light appearing alongside a couple of cask ales on hand-pull and craft keg beers on tap. On this occasion, Childwall’s excellent Top Rope brewery is well represented – fittingly, given that its graphic styling takes a lead from Mexican wrestling – with its New Haze Outlaws lager proving to have the lemony cutting edge required to slice through those burrito carbs

After a tough day at the laptop face, building my own burrito seemed too much like hard work, so I ordered “El Hefe Steak” (£7.50) from the pre-planned list. Served tightly bound in tin foil and nestling in a little basket, it immediately put me in mind of the baby from David Lynch’s Eraserhead, and that was even before I’d unwrapped it. With its foil outer skin removed, it was more like a scale model of Jabba the Hutt – neither pretty nor photogenic, but promising a generous portion of something good.

And the promise was delivered in the form of tender spiced strips of flank steak, tangy lime rice, refried beans and plenty of green salsa delivering a variety of textures and a decent chilli kick. There were garlic mushrooms to keep things interesting and along with some gloopy cheese and a layer of sour cream it was a substantial, self contained meal.

A dish of regular-sized cheesy salsa nachos (£4) with generous scatterings of chillies of the usual accompaniments, including more of that excellent green salsa, would have benefited from having the toppings layered in between the tortilla chips rather than everything being dumped on top, but they were hot and fresh, with that pleasing not-from-a-bag bite.

The sweet potato fries (£3) were tempting and superb. Crispy, fluffy and delicious – probably the best I’ve tasted since they made their sudden dash for ubiquity all of half a decade ago.

I’d already seen talk of some deep fried ice-cream on an online menu hidden deep within Evil Eye’s rather rudimentary website, but all desserts were off except for churros (£3), kinky hoops of cinnamon-scattered dough, with a pot of molten Nutella for dipping. Fried before our very eyes, they were light, grease-free and scorching hot, just enough to round off our street-food experience before we headed back out to the actual street.

And the egg?  That came on the walk home. Hurled, anonymously, it was runny, and served down the front of my jacket.

“Oeuf à la Mischief Night”, I call it. And I’m afraid I give it nought out of ten.

​All scored Confidential reviews are paid for by the company, never the venue or a PR outfit. Critics dine unannounced and their opinions are completely independent of any commercial relationships. 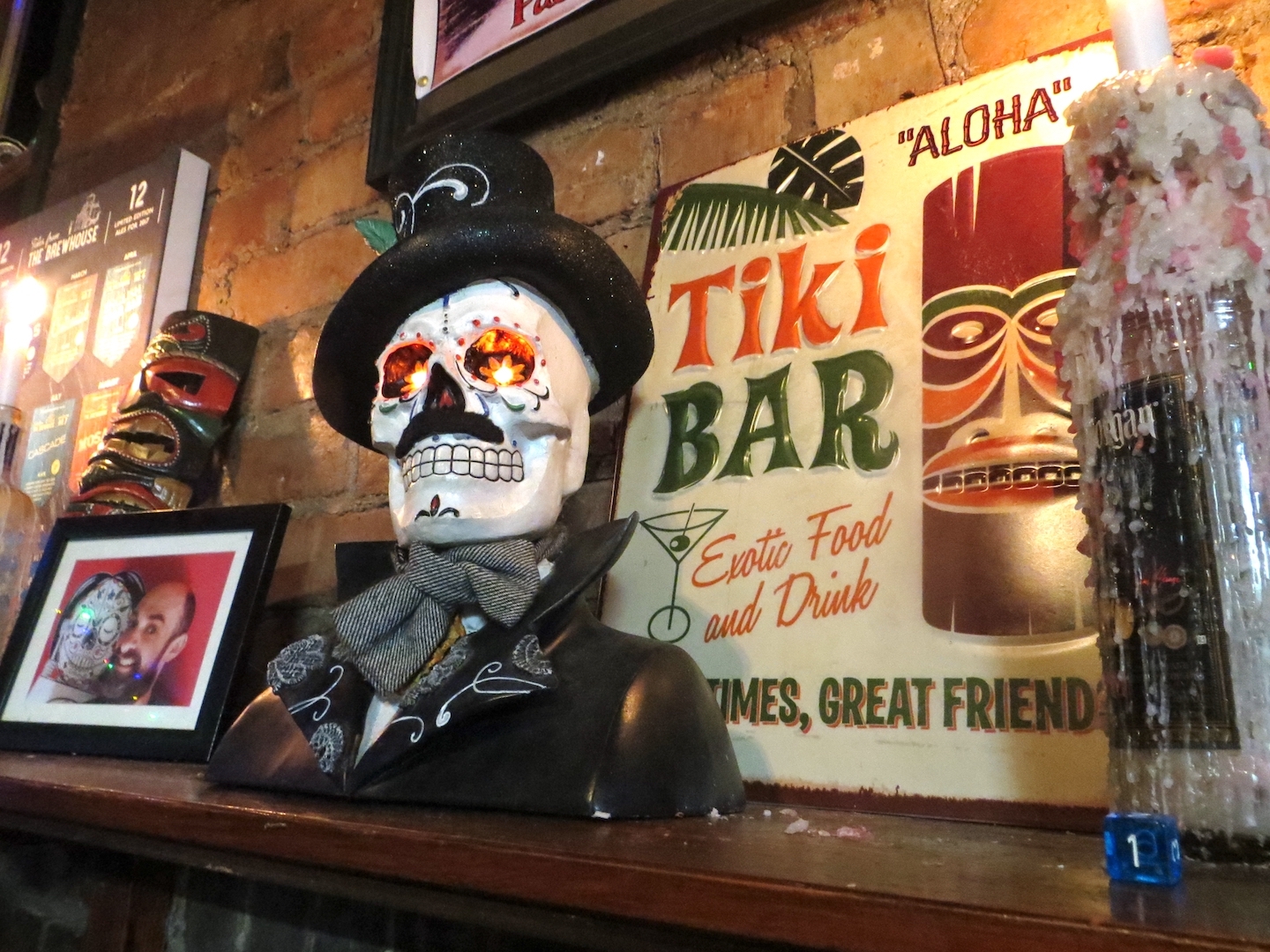