Philosopher in residence for Bluecoat

WRITERS AND artists are ten a penny, but the Bluecoat has just installed a rather rarer resident.

﻿Liverpool academic Dr Yiota Vassilopoulou has become the UK’s first philosopher in residence, after landing a two year gig at The Bluecoat.

Dr Vassilopoulou will run a series of lectures on aesthetics for beginners, from January 2014.

But first, she will launch her residency with a keynote lecture, Leaving Traces: Reflecting on the Value of Art, at the Bluecoat tomorrow evening (November 27) at 6.30pm.

Some would say it's a Nietzsche area, but Dr Vassilopoulou would disagree.

She said: “It is a bold and important move on the part of the Bluecoat to introduce this residency programme. 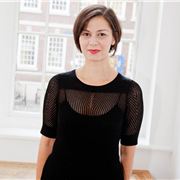 One Yiota "It is not about popularising philosophy or theorising art, it is about exploring the mutual ways in which philosophical reflection and art can transform us.”

For her inaugural lecture, Dr Vassilopoulou, who has come from the University of Liverpool, will discuss objects of art and their context.

She said: “What fascinates me about art galleries that are located in city centres, is that they make us think about what distinguishes a work of art from other objects, and this is another way of asking, what is the value of art?"

"What is the difference between seeing something, often the very same object, as art when part of an exhibition, but as an ordinary object – a commodity - when in a shop window display?"

But don't worry if you miss it. There's still plenty of opportunity to muse in the January aesthetics lectures. In partnership with the University’s lifelong learning programme, those attending will have the opportunity to gain formal accreditation.

Mary Cloake, chief executive at the Bluecoat, said: “This exciting residency has come about as a result of a dialogue between the Bluecoat and the University of Liverpool’s Department of Philosophy.

"Together, we identified a shared interest in giving a wide range of people opportunities to engage with art and to reflect on its importance to everyday life."

The residency has been funded through a creative partnership between the University of Liverpool and the Bluecoat.