IN August 1977, the NME ran a front cover with a photo of the young Elvis Presley in his rock’n’roll glory and the words “Remember him this way”. People had forgotten: when Elvis died, they only knew the Las Vegas version.

What’s sometimes forgotten because of the image is that Pete had a great voice. And he was even more compelling on stage than he was on the street

Today, the tabloids are running photos of Pete Burns as he appeared in Celebrity Botched Bodies. But all over Facebook there are photos of a young Pete looking bold and beautiful. That’s how I want to remember him.

Those Facebook pictures – and the memories that go with them – come from the people who actually knew Pete, and have always admired him. There are a lot of us.

People are remembering him for his music and his appearance but just as much for his personality and his put-downs. There’s even a Twitter Moments page dedicated to people’s memories of “trying to buy a record from Pete Burns”. Actually, it wasn’t just Pete: everyone who worked in Probe was terrifying. But Pete was the funniest.

Jayne Casey recalled today: “We were soldiers together when we were young. Fought side by side. He was only 15 when we first met and he was the bravest, wittiest, most beautiful 15 year old that had ever walked the earth.”

Outside his kingdom of Probe in full foreboding glory

On stage – and his stage could also be the street or shop – Pete was larger than life: in his own words “a loud obnoxious person”. In real life, he was quieter: occasionally outrageous, often bitchy, but also well-spoken, articulate and witty.

That wit never went away. It’s why Pete remained a celebrity, kept getting asked back on TV and is on the front pages today.

It’s why, too, when he started making a name for himself, all his publicist had to do was send out press releases full of Pete’s latest bitchy one-liners. It’s possible the PR made them up. But it’s quite likely that he didn’t need to.

Pete Burns was trading insults with Pete Wylie the first time I met him, at Eric’s club in Mathew Street. Wylie introduced him as “a genuine mutant from Port Sunlight”. He looked like one, too.

In the early days at Eric’s, there was a core of people who stood out, like Jayne Casey, Holly Johnson and Pete and Lynne Burns. Punks before punk was invented, they paved the way for being different and were role models for the rest of us.

Growing up in Port Sunlight

We know now that looking different often has something to do with inner struggles, but we weren’t so touchy-feely in the 70s. I just knew they looked great, and wanted to be as brave.

Eric’s DJ Norman Killon, whose day job was in Probe Records, said: “Pete was a nice person whose life was set on its course by his early complicated home life. I spent a lot of time in his company especially when he and Lynne had their clothes shop at the rear of Probe Records. Pete would help us out on the record counter serving and occasionally frightening some of the customers.

“One day, Pete was followed into Probe by three aggressive characters. Geoff, the owner of Probe – not a violent man in any sense, indeed a hippy – leapt to his defence brandishing an iron bar. They left at Probe’s show of solidarity.”

It’s hard to remember now quite how conformist the 1970s were: you only had to go out looking a little bit different to be vulnerable. And Pete always looked extraordinary. But it wasn’t just the clothes that upset people: it was the bravado. He had presence, and it was unapologetic.

Whenever I went to Pete and Lynne’s flat in Princes Park I’d hear the latest stories about how they’d been threatened by the neighbours. I wasn’t there for socialising (we were friends, but not close friends): I was there for haircuts.

For years, I’ve been saying when Pete Burns' name comes up in conversation: “His wife used to do my hair.” That always surprises people. Partly because I knew a celebrity and partly because they don’t expect Pete to have a wife. 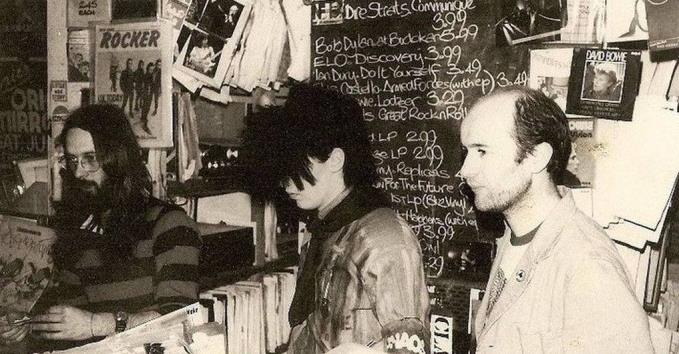 Everyone in Probe was terrifying, but Pete was the funniest, says Penny Kiley

That’s another thing about Pete: he resisted attempts to label him. When he first started getting noticed in the press, he’d say “I don't want to be a transvestite sex symbol”, but the image didn't do him any harm. By the end of the 70s, the music business was used to freaky looking people but Pete was a far darker, and funnier, proposition than Boy George, who Pete felt – and we all believed – was a copyist.

Pete was our home-grown talent and the real thing. George liked to look pretty: Pete liked to see how far he could push things. Everyone remembers the black contact lenses. Black all over. 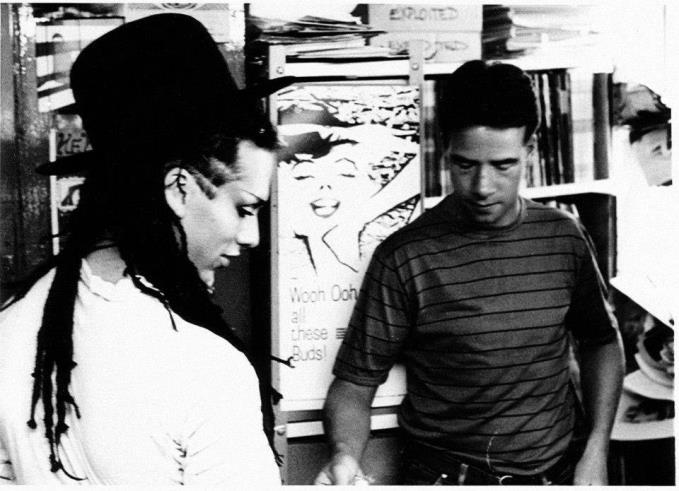 He always looked like a star, but it took time before he actually formed a band: he was among the last of the Eric’s kids to get on stage. When he did, that divided opinion too. I loved his first band Nightmares in Wax and was proud to get a “thank you” on the sleeve of their first single, Black Leather.

What’s sometimes forgotten because of the image is that Pete had a great voice. And he was even more compelling on stage than he was on the street. Norman Killon said: “I saw many of Pete's Liverpool gigs, mainly at Eric's, from his first incarnation as Nightmares On Wax through to Dead or Alive. Always a master showman.”

He added: “The last time I met up with Pete was at the 2008 gig A Little Bit Of Eric's. It was touch and go as to whether he would actually perform but when he hit the stage it was Pete in all his glory – commanding the stage at all times.” 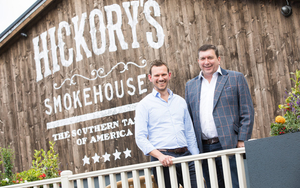