REVEALED: The window with the best view in the UK

IT is arguably the stand-out feature of the Museum of Liverpool - appearing on TV, in films and even providing the backdrop for a marriage proposal - and yet it’s not even one of the exhibits.

Now the floor-to-ceiling window in The People’s Republic gallery of the Mann Island landmark has been declared the UK’s Best Window with a View.

You can see why.

Commanding unrivalled views over the city’s World Heritage Site,  it looks out, out and further out on the world: a motif that says everything about the city’s history and its place on the planet.

Beating off competition from the likes of Peterborough Cathedral, Birmingham Museum and Titanic Belfast, it received hundreds of votes from the public to win this, the award's inaugural crown.

Organisers, the Glass and Glazing Federation, say it sets the bar for future contenders in the national competition.

Janet Dugdale, boss of the Museum of Liverpool, takes the first ever award for the UK's best window with a view from James Lee of My Glazing.com

Looking out over the Pier Head, Three Graces and River Mersey, the Museum of Liverpool was one of 12 attractions announced as regional winners at the start of August in a competition created to celebrate the country’s stunning architecture and landscapes seen from any building open to the public. 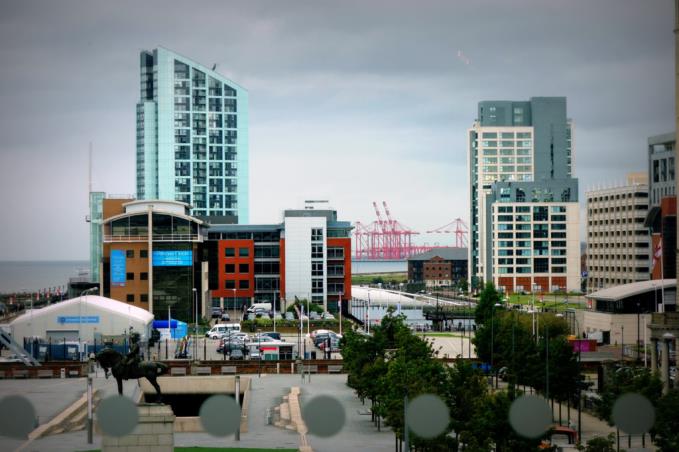 She added: “The window is an incredible vantage point...The view encompasses so much of what makes Liverpool unique; from its heritage and architecture to its people and geography."

But it was always going to be thus. Ms Dugdale said. "When the museum was being planned we decided it needed something that said all of that, so it was in the brief for the architects. We even had a high speed ISDN line built into the gallery here for conferencing and so production companies could use it for live TV broadcasts - as did the BBC when Andrew Marr and Andrew Neil did their Labour Party conference shows here last Sunday."

The public were encouraged to vote for their overall favourite in the contest and around 4,000 votes were cast. Liverpool Museum was just ahead of The Becket Chapel at Peterborough Cathedral, with Birmingham Library taking third spot. 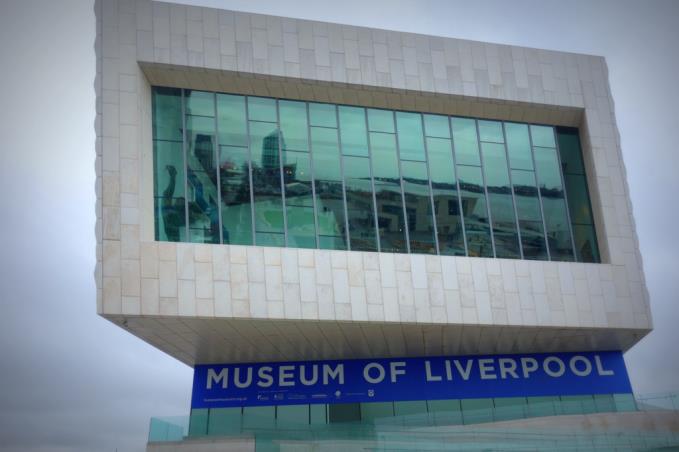 James Lee, of MyGlazing.com, said: “On behalf of everyone involved in the competition, I’d like to say a huge well done to the Museum of Liverpool. Its window is a true example of what this competition was about – a stunning glass installation in line with the building’s architecture, which boasts a stunning view. I’d encourage everyone to visit the museum and take the opportunity to look out through a superb modern window and see the vibrant city of Liverpool.

The Museum of Liverpool is one of the country’s most visited museums outside of London. It is the largest newly-built national museum in Britain for more than a century, demonstrating Liverpool’s unique contribution to the world. The first national museum devoted to the history of a regional city, it showcases popular culture while tackling social, historical and contemporary issues. It has attracted more than four million visitors since opening in July 2011.

Ms Dugdale added: “Thank you to everyone who voted for our window to win. If you haven’t already been, we hope you visit us soon. A view as good as this needs to be seen for real!”