Municipal Buildings gets a private function

'Surplus' 150-year-old landmark up for sale. St John's Market gets the One Stop Shop

FOR almost 150 years it has been the nerve centre of all civic and public life - and now it is going into private hands.

The Muncipal Buildings, one roof, one building, designed to house Victorian Liverpool Corporations dealings from bins to big business, has been declared “surplus to requirements”.

The 640 remaining council staff who work there will be scattered around the city. St John’s Market will be the home of its  One Stop Shop - along with other, unspecified “public facing Government services".

With nay a bed to be had in the city during busy conference and event times - like the current Labour Party conference which collided with the weekend’s International Festival of Psychedelia (discuss) - the most likely scenario is that it will be turned into a hotel.

Liverpool City Council, which moved many of its core functions - including the Mayor’s office - to the waterfront Cunard Buildings last year, says it needs to offload the Grade II* listed building in the face of £90 million of savings required over the next three years.

The Dale Street landmark has space for 1,000 staff but is only two thirds full, owing to cuts in council staff in recent years.

The sale will see workers moved to other existing sites across the city such as Cunard Building, Premier Court on Hatton Garden, Venture Place on Sir Thomas Street and Wavertree Customer Focus Centre on Wavertree Road.

Councillor Malcolm Kennedy, regeneration supremo, said: “Municipal Buildings has been a magnificent home for Liverpool City Council since the 1860s, but it is a very costly building to run and maintain and we no longer have the staff numbers to justify retaining it.

“We want to find out the level of interest that there is from potential purchasers with a view to finding a long-term sustainable use for the site which will also create new jobs.”

Hotels continue to be big business in the city centre and the offloading of the 1867 building (below), complete with its period features designed by Liverpool Corporation surveyor John Weightman, is likely to attract serious attention. 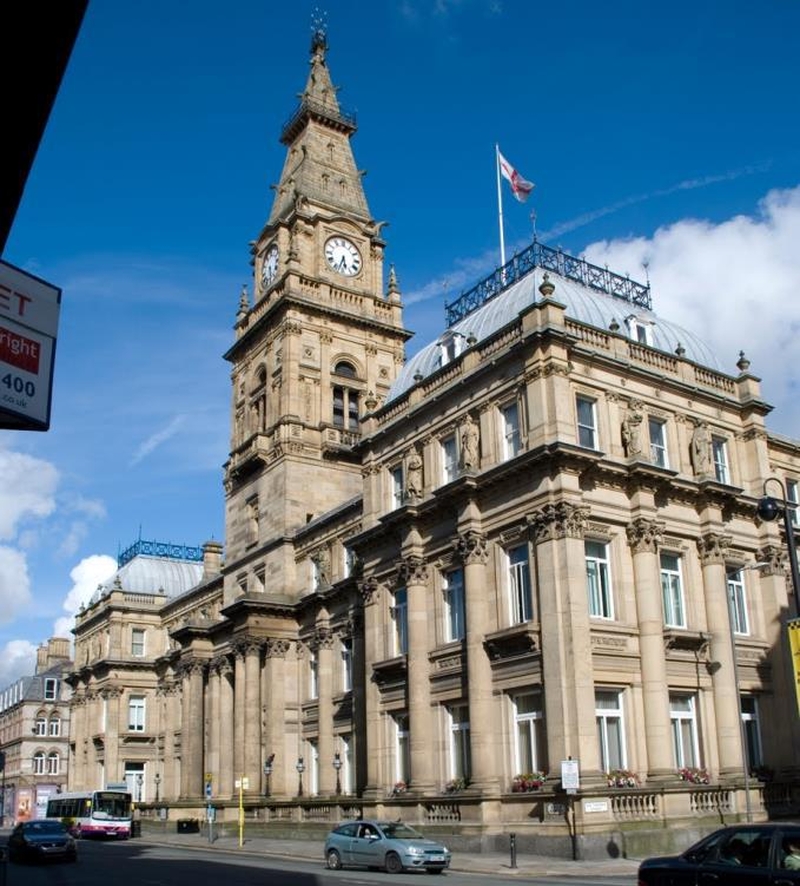 But converting a listed building, however attractive, is no simple undertaking and the journey to turn the Municipal Buildings’ own annex, around the corner in Sir Thomas Street, into the Hilton Doubletree, was a drawn out process that took several years and the patience of two different owners.

Another council office block, Millennium House in Victoria Street, has already been reborn as the Shankly Hotel by Signature Living boss Lawrence Kenwright."

Says Cllr Kennedy: “This is a listed building and I want to reassure people that it will be protected and we will ensure that its future use protects its unique architectural features. We have already done this with other heritage buildings in the area such as the Municipal Annexe and Royal Insurance Building which have both been improved and brought back into use as four star hotels.

“The sale of Municipal Buildings will bring in money which we can reinvest in reducing the costs of our capital infrastructure programme, as well as delivering ongoing savings by lowering our overheads.”