THE cost of bringing high speed trains into Liverpool could be bankrolled by £2bn in local taxes and profits from the Mersey tunnels, says a report out today.

It would mean the city becoming the first in the country to pay a huge price for a link to the HS2 network.

The proposal, backed by Mayor of Liverpool Joe Anderson, could only go ahead if Chancellor George Osborne allowed the city region to retain its own tax revenues.

Independent think tank ResPublica, which has come up with the plan, claims high speed rail link to HS2 for Liverpool is essential if the Chancellor’s decision to build a Northern Powerhouse is to succeed.

In its report Ticket to Ride: How High Speed Rail For Liverpool Can Realise The Northern Powerhouse, ResPublica says northern cities need a dedicated High Speed link to HS2 if they are to reach the level of economic success the Chancellor wants.

Liverpool and other northern cities will be left behind if HS2 doesn’t go beyond favoured cities and locations, such as Manchester and Leeds, say the body headed by Liverpool born Philip Blond. 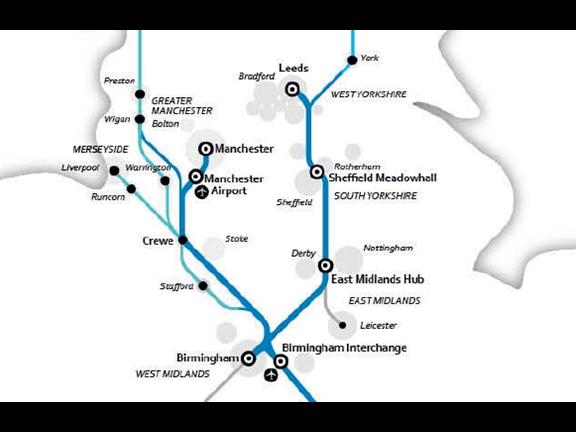 Out on a limb: The present HS2 plan with destinations in bold blue

They estimate the cost of extending HS2 to Liverpool to be less than £3 billion, but so far a direct link to the city has been ruled out. But they have come up with a novel way of funding most of the cost, saying it could be self-financed  by Liverpool city region through the local retention of taxes.

Backing the idea, Mayor Anderson, said: “Our funding plan would make up the bulk of the price with £2 billion coming from keeping hold of locally raised taxes, rather than sending them to the Treasury.

“Using this mechanism would allow both ourselves and the wider economy to move closer to prosperity.”

ResPublica has called for the establishment of a local payback mechanism, through a Tax Increment Financing scheme. This would allow the city region to fund up to two thirds of the cost of the Liverpool-Manchester link.

“The city region can credibly make a contribution of up to £2 billion to the cost of this line, paid for with employers National Insurance contributions in the city region from any additional jobs that are generated over and above its structural jobs growth trend, together with the capitalisation of revenue from the Mersey Tunnels tolls,” says the report.

“While the current plans for HS2 would create a new stream of wealth, cities like Liverpool, Newcastle, and Hull face being left behind. And the fragile Northern recovery, which cities like Liverpool have worked hard for, would be much harder to achieve, putting them back decades economically,” it warns.

Director of ResPublica, Phillip Blond, said: “High speed rail offers a real chance to make the Northern Powerhouse work but it has to connect the cities of the north with each other, as well as London.

“If we don’t extend the North South HS2 into an East West HS3 – the real benefits and gains from high speed rail will be lost.

“Both HS2 and HS3 could start in Liverpool and with the city able to find most of the funds, there is no reason for the government to ignore this detailed and transformative proposal.”

ResPublica highlighted Spain and South Korea as two examples where a limited high speed link to the capital for favoured provincial cities failed to stop economic disparity between the capital and the regions because all that was achieved was a swifter path for economic flight to the centre.

Mr Blond added: "Without a proper link between northern cities the chance to make them grow and prosper will be lost, leaving HS2 achieving only a small part of its potential.

“Liverpool, Manchester, Leeds, Sheffield, Hull and the other great cities want to work together to succeed and they should be given the tools to do so. HS2 needs to be extended into HS3.”

Report co-author Duncan Sim said: “We need all the cities of the north to be linked up properly in order to create the Northern Powerhouse, desired by so many. Starting a high speed line in Liverpool would see a connected network of cities which would create trade, jobs and higher wages across the North.” 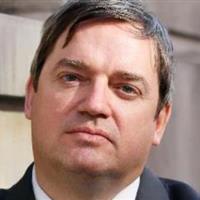 Among the 12 key recommendations in the report are proposals to create a City Region Business Senate in Liverpool, made up of business people, private sector bodies, social enterprises and civic groups, to help decide on future economic policy for the area.

It would see support for the City Region ‘Metro’ Mayor with a new institution “TRANSFORM LIVERPOOL” to advise on how region-wide policy can be implemented, without it fragmenting between warring city local authorities.

“The chief executive should be of national or indeed international standing with experience and achievements outside the city region, to ensure new approaches and fresh thinking,” it says, calling also for better integrated public services across the city region to combat worklessness, mental and physical health, crime and the other complex dependencies that grievously harm the economic and social potential of the city region."