Liverpool Waters: Is there life beyond the drawing?

A decade after revealing its dramatic illustrations for a futuristic Liverpool Waters, Peel Holdings today unveiled its latest vision for the central docks part of the site.

So far the £5 billion renaissance of the one-time bustling dockland has appeared only in Sim City-like computer generated images.

Unveiling the latest take on Liverpool’s World Heritage Site at the world’s biggest expo, may be a sign the start button has finally been pushed.  Or will the long waiting game continue?

The big question is whether the sleeping giant that is Liverpool Waters will finally burst into life beyond the 10-year-old drawing.

Coincidentally, it seems Mayor Joe Anderson is itching to tell the world that his top team, Everton FC, will soon have its new stadium, with the same docks a firm favourite home.

In any event, Peel chose MIPIM, the annual property jaunt in Cannes, to tell the world (or at least those in the audience) of its Manhattan-by-the-Mersey plans that include a central public park, more than 1,000 apartments, new businesses and leisure facilities in a range of buildings rising up to 44 storeys high.

The central docks area is being billed as a “world-class” business and leisure district, with more than two million sq ft of mixed-use floor space including 750,000 sq ft of quality office space and over 1,000 new waterfront apartments. There will even be a 17-acre public park, they claim, with views to kill across the Mersey. 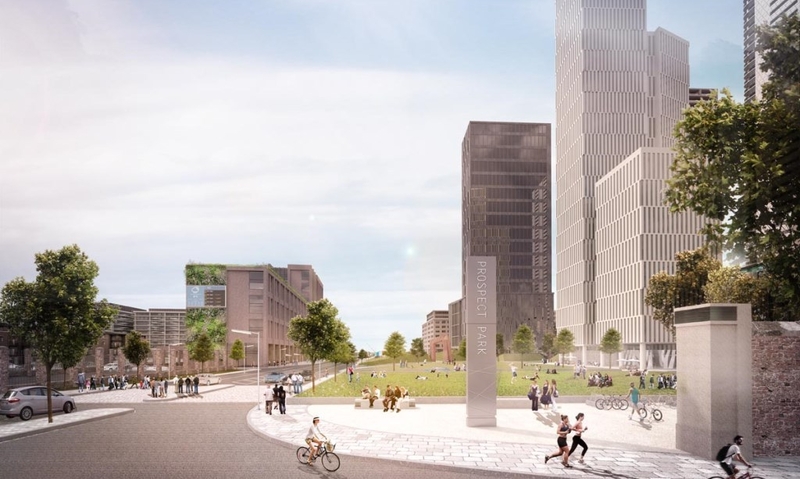 Peel Director Lindsey Ashworth said: "Liverpool Waters is a unique opportunity to invest in a world-famous waterfront and it's no surprise that this latest phase of the project has already generated interest from investors and developers.

"Our ambition has always been to create a waterfront for the world, a sustainable environment with stunning views where people and businesses can flourish together. Unveiling this southern part of the central docks neighbourhood marks the next chapter in the Liverpool Waters story and brings us one step closer to re-establishing Liverpool's waterfront as a gateway to the world.”

Ian Pollitt, assistant project director at Liverpool Waters, said: "Central docks represents a watershed moment for Liverpool Waters. There has been an incredible amount of work done behind the scenes to get us to this point but thanks to the positive attitude of the people of Liverpool, Liverpool City Council and other partners we are now in a position to proceed with this next exciting phase of the project.”

The proposed developments of Liverpool Waters led to Unesco placing Liverpool’s World Heritage Site on the at risk register, where it remains.