Legends in a lunchtime: Panzanella salad

Panzanella? Isn't that something the Germans used to drive about in during the war?
Panzanella salad is a Tuscan dish based on chunks of stale bread that is shaken back to life by being soaked in vinegar and oil. Along with lots of tomatoes, it  features onions and basil and seasonal ingredients and is popular all over central Italy.

Here, people waste nothing and it is an ingenious way of reviving bread that's past its best.

Back story
After success at farmers markets around Liverpool. Sam and Grace Henley left their secure day-jobs to open The Baltic Bakehouse in the spring. 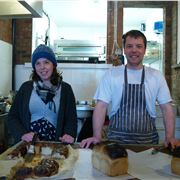 Baking on the tiny premises, around the clock, has paid off. Not only have the siblings not murdered each other but people can't seem to get enough of their bread.

They promised a café on the premises, and now it has opened. Like everything else, small but perfectly formed.

But it's just a salad, innit?
Preparing a lunchtime main course salad is something that continental chefs are rightly proud of. Their creations are a mainstay of everyday life and are frequently cheap, colourful, substantial and exciting. They reward all the senses - and they keep you from dozing off in the afternoon.

With one or two exceptions (Italian Club's insalata di mare remains a stunner), such big honest plates are not that easy to come across in Liverpool. However, Panzanella features on many London menus, such as Jamie Oliver's Fifteen. 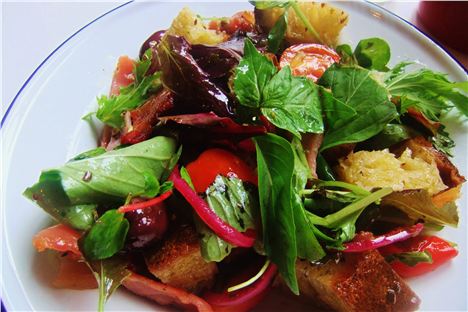 How does the Baltic's Panzanella stand up?
Sam and Grace claim their Wild Sourdough (£3.50) is the only truly authentic sourdough in the city - and it does take forever to make.

But what to do with the few bits that didn't sell? Be a shame to chuck it away. 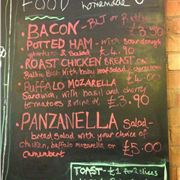 You'll be needing some protein with that so choose from Cumbrian outdoor-reared bacon (as seen here), free range chicken, buffalo mozzarella or Camembert.

Anything else?
The only things missing were the demi carafe of chianti and the view of the cathedral in Florence. However, as the new Baltic Bakehouse café has free wi-fi, the latter is easily solved by getting it up on google images as you slowly munch.

Verdict
This is not limp wristed rabbit food but a vibrant concoction: fresh, piquant and not to be hurried. Med heat meets cold Baltic in a tale of two seas. 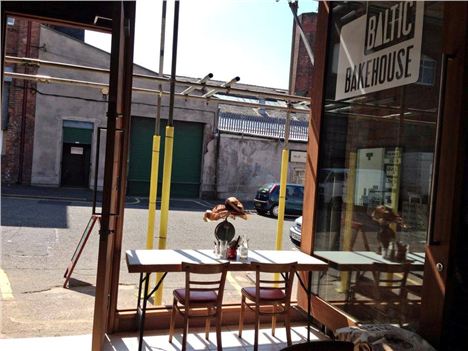 Liverpool Confidential dines out unannounced and
we pick up all our own bills.