A SPEEDING Lamborghini ended up on the back of truck yesterday after police seized it in Liverpool city centre.

Accoding to Merseyside Police, officers were on patrol on Islington, at its junction with Norton Street, at around 9am yesterday when a blue Lamborghini Aventador was seen being driven at high speed.

Police stopped the high performance sports car which was being driven by a 30-year-old man. A statement said he was driving without an appropriate driving licence and suspected of not having insurance. The vehicle was seized under the Road Traffic Act 1988. 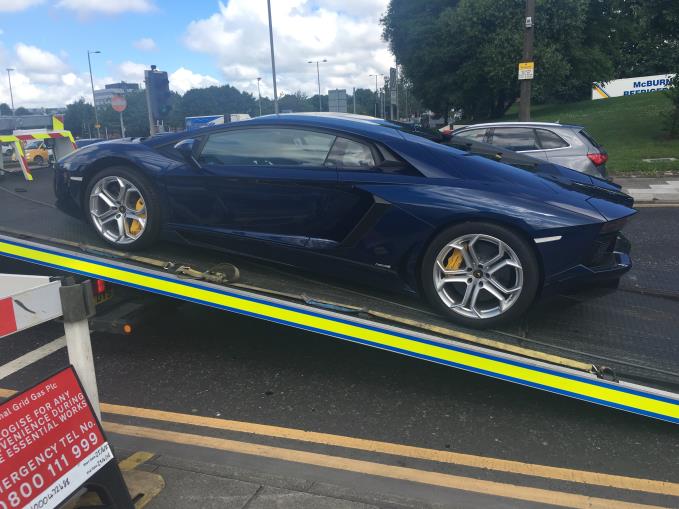 Superintendent Jenny Sims, of Merseyside Police Matrix Uniformed Services, said: "In the wrong hands, powerful cars have the potential to cause serious harm to innocent road users. We will take action if we see any vehicle being driven irresponsibly and not in accordance with a licence.

"Drivers of motor vehicles must be licensed to drive the category of vehicle they are driving and follow the rules of being a provisional licence holder. Drivers must also ensure they are insured to drive a vehicle and be insured for the purpose the vehicle is being used for.

"The police have powers to seize vehicles from uninsured or unlicensed drivers who may be prosecuted. Offenders may then find it difficult to obtain insurance in the future. Owners of vehicles must also ensure anyone using their vehicle is also licenced and insured or they could find themselves being prosecuted for permitting offences."