A last ditch bid has been made to save the historic roller skating ring from demolition.

Dr Emlyn Williams, secretary of the Love Canning neighbourhood group and chair of the Rodney Street Association, has written to Historic England asking for the 1932 building to be spot listed (as has one of our readers, John Bradley, prompted by the original story, below).

Dr Williams told Liverpool Confidential: "The consensus of the meeting was that people do not want to see an eight storey building of student flats on that site. We are not against students living in the area, but the numbers have to be controlled and managed to avoid the area being overwhelmed by student accommodation.

"As well as applying for the building to be listed I have asked for it to be declared as a community asset."

ANGRY Liverpool 8 residents are poised for a fight after discovering plans to knock down a Catharine Street landmark, built as a roller skating playground during the Great Depression, and replace it with a tower block of student flats.

The development would see the demolition of the 1932 building which started life as the Ritz, one of the first purpose built roller rinks. It took on a new life in the 1960s as the Rodney Youth Club.

It currently houses a furniture store on the ground floor. The upper floor, a disused gymnasium and the original rink, are currently vacant.

Love Canning has organised an urgent meeting at the Anglican Cathedral (Weds Jan 20, 6pm, Western Room) in which it hopes to form a plan of action to halt the development. It says the rise of student flats is one of the main problems the Georgian Quarter faces.

The site, official address 109-113 Mulberry Street, sits at the edge of the Canning Conservation Area at the junction of Catharine and Myrtle streets. There is a disused car hire depot next door which would also be demolished.

Love Canning Chairman Robin Riley says the group only learned this week of plans submitted by property developer Lady Madison Ltd to house 276 students in studios in the development.

“The new eight storey block, within the Canning Conservation Area, would tower over both the Community College Arts Centre and the cafés and Co-op supermarket on the other side of the road,” said Mr Riley.

The proposed development of student flats

He said consultations last year demonstrated to the Love Canning Neighbourhood Forum that student housing and traffic/parking problems were considered to be the prime problems in the area.

“The site would be better and more appropriately developed as a three storey car park,” the forum says in a message to residents.

In a planning application lodged with Liverpool City Council, the developers describe the building as currently underused and want to demolish the brick structure, to replace it with a building of between five and eight storeys. It would house 276 student studio flats and a ground floor retail unit.

Built in 1932 as the Ritz Roller Rink and designed by architects H.L. Beckwith and F.O.Lawrence of Cook Street, the building was bombed several times during the Blitz of 1942. But it was rebuilt and it became home to the Rodney Youth Centre in 1960 had previously been based in the nearby gymnasium in Myrtle Street.

For many years. the building has been something of a curiosity, and its history has attracted interest online.

Liverpool architect Reg Towner posted on Flickr: "I played 5-a-side football there for years in the gym which is situated on the upper floor.

"This first floor gym was the former roller skating rink and has angled corners to assist the flow of skaters around the room. You... could describe the rink as an octagon with two long sides. Once you had played football there a few times you could work out the angle the ball would come off at and even score spectacular goals direct from the rebounds."

It now remains to be seen if the former roller rink can get on its feet again from what looks like a fatal tumble. 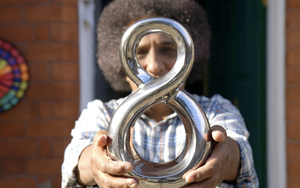 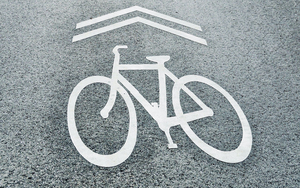