Liverpool knows as well as anywhere that economic turmoil can have explosively creative consequences. Just as our own years of dereliction and decay spawned a second Mersey music revolution, so New York’s years of near-bankruptcy gave the world disco, punk and hip-hop – and the pulsating, effervescent art of Keith Haring.

In the years since Haring’s death in 1990, his work has enjoyed huge popular success, not least in diminished form on countless greetings cards. But next summer, Tate Liverpool gives visitors chance to see the real deal, with the UK’s first ever major exhibition devoted to this era-defining artist.

Drawing on some of the most powerful cultural energies of the 1980s, Haring’s paintings may be inspired by a snatch-and-grab from graffiti, club culture, video games and comic books, but his distinctive images remain unmistakable. Rubber-necked figures seem to quiver and shake, while recurring motifs such as barking dogs, crawling babies and flying saucers hint at the relentless hyperactivity of the mad, bad, dangerous city he called home.

But Tate Liverpool promises to show that Haring was far more than just a creator of fun images for funky postcards. Archival documents, videos and photographs will delve deep into his career, while works such as his immersive ‘black light’ installation from 1982 will show how he pushed beyond the confines of canvas; combining fluorescent paint, ultraviolet light and a body-popping hip-hop soundtrack.

Haring’s career was all too brief - he was only 31 when he died of AIDS-related complications. But he was artistically restless and prolific: tapping into New York’s music, fashion and activist scenes, both in his own work and in collaboration with performers including Madonna, Grace Jones and Malcolm McLaren. Sets and designs for videos and performances were as important as the murals and paintings that made his name.

According to Helen Legg, Tate Liverpool’s director, Haring is a perfect match for the Albert Dock gallery: “Keith Haring and Liverpool have much in common. They’re both politically engaged with a history of activism, a strong sense of social justice and a love of music and fashion. Tate Liverpool is proud to be bringing this major exhibition and reassessment of Keith Haring to the city.”

For Darren Pih, the exhibitions and displays curator at the gallery, it’s important not to miss the political power behind Haring’s seductive colours: “Although best known for his iconic visual language, we will offer visitors the opportunity to understand more about Haring’s motives as an artist and see that activism played a key part in his career.”

By the turn of the 1990s, New York was on a more prosperous trajectory – as was Liverpool, more or less. And unlikely as it would once have seemed, low air fares have turned the city that never sleeps into a weekend-break destination, with tourists traipsing through now-gleaming districts where poverty, crime and art once rubbed along side by side.

From 14 June next year, Tate Liverpool takes us on a trip back to that rougher, raw-edged New York, with over 85 artworks helping to reveal the party-popping spirit of Keith Haring’s colourfully crazy, cracked-out world.

Fernand Léger was a French artist who turned the stuff of the twentieth century into paintings that captured the colour and energy of the times. Unlike the Futurists, however, who depicted the modern world’s speed and power, Léger’s work gave those tumultuous years a sense of monumental dignity. This Tate Liverpool exhibition is the first major Léger show for 30 years. 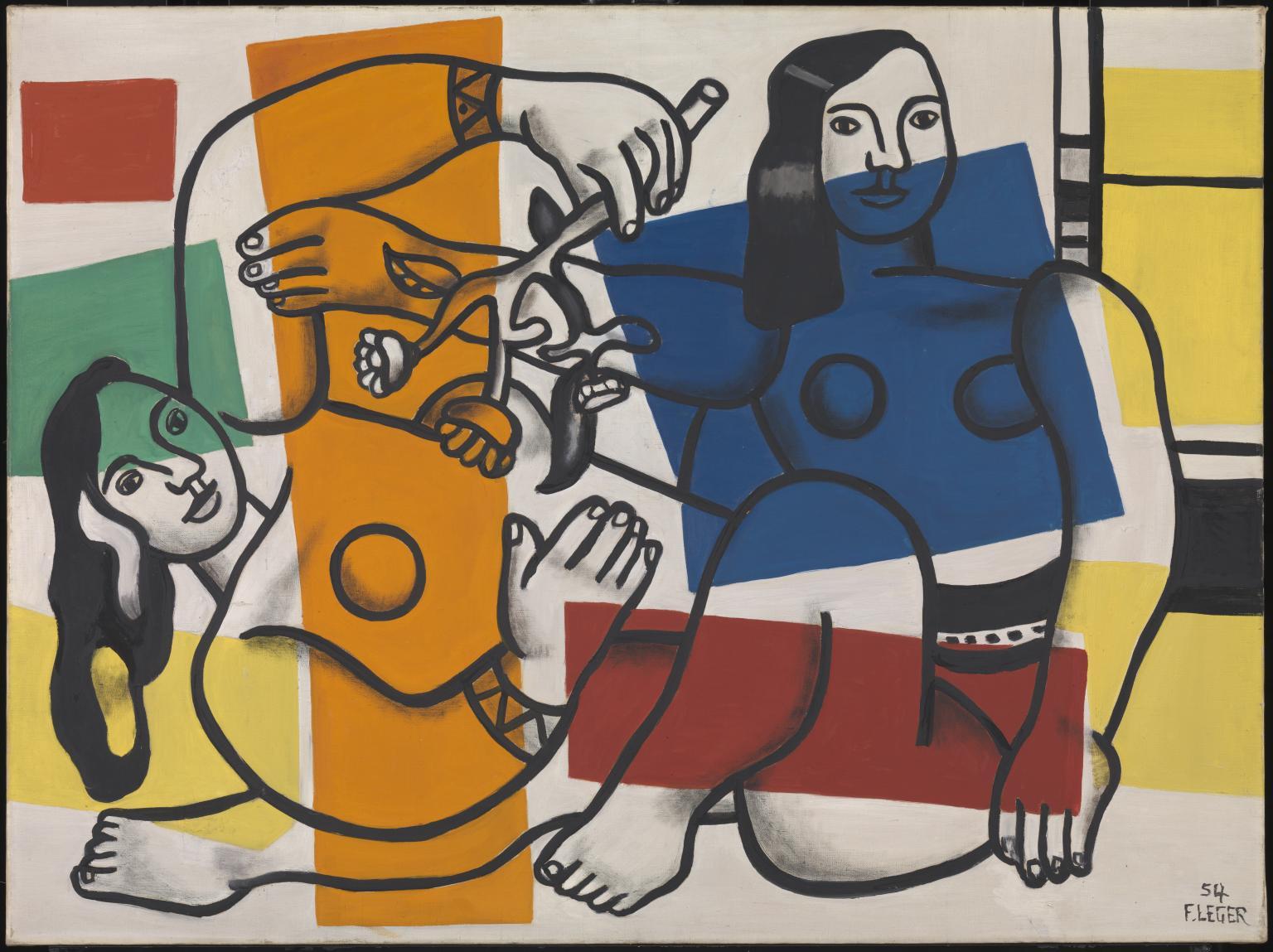 Art and science collide in this show exploring the hidden realms that lie far beyond our senses. The exhibition features ten new commissions by international artists who delve into the ‘complex notions of fundamental scientific research’. The results may be hard to categorise, but it seems certain they’ll be all the more fascinating for that. 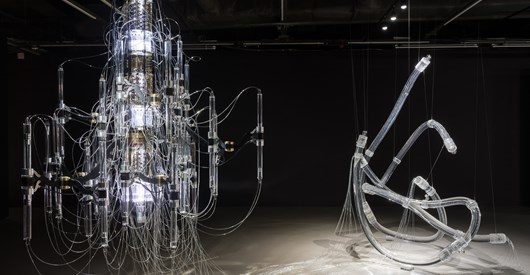 Ralph Steadman’s scratched, scrawled and ink-splattered drawings have (dis)graced countless books, magazines and newspapers since the 1960s, including the unforgettable works of Hunter S. Thompson. The Williamson celebrates the Wallasey-born artist with a new display featuring a 44-foot long painting that’s never previously been on public show in the UK. 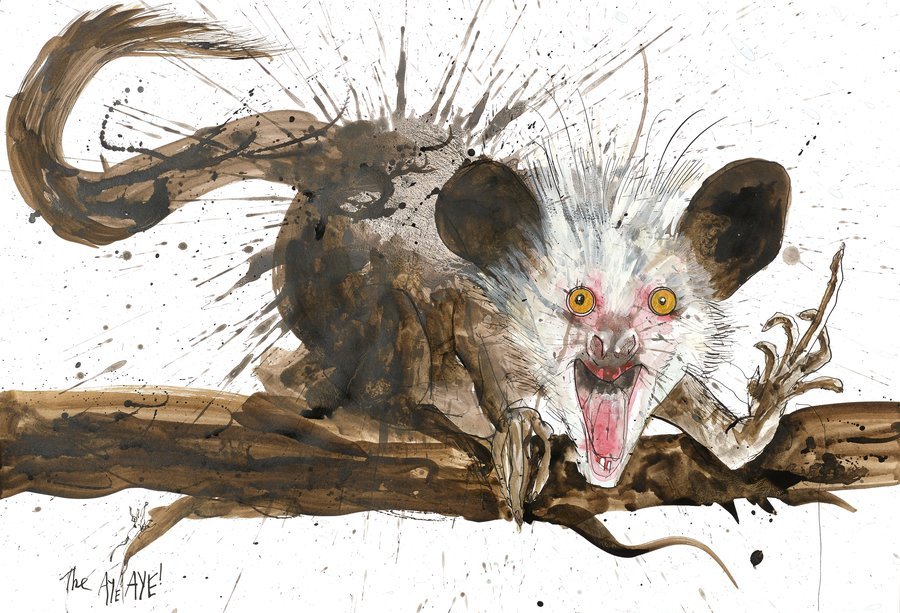 The Walker is promising to get next year off to a great start with this special show devoted to Leonardo da Vinci. The gallery is one of twelve venues nationwide taking part in this major collaborative exhibition, with each venue displaying twelve of Leonardo’s drawings culled from the Royal Collection. Audiences will have the chance to fully appreciate every nuanced line of the master’s breathtaking work.

Photographic artist Scarlett Crawford was commissioned to work with communities all over the country to mark the 50th anniversary of the 1968 Race Relations Act. In Liverpool, she worked with young people from the Greenhouse Project and Liverpool Community Spirits Multi-Faith Youth Council. The results include photographs, a soundscape and a film exploring the impact of race relations legislation.