GIN is the quintessential British spirit, a favourite of the Queen, and also mother's ruin.

For despite its upmarket Martini image for many, it is a drink that makes others mope. Who among us has not quaffed a vast amount of gin at a wedding and felt and acted on an inexplicable urge to start singing Patsy Clein's Crazy?

Now Liverpool is to get its first gin distillery since the time of excitable sailors – and it's an organic one too.

Organic Liverpool Gin is being produced by Belvedere pub landlord John O'Dowd in a joint venture with Liverpool Organic Brewery. 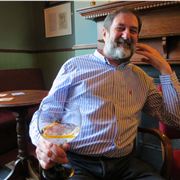 Shaken not stirred: John O'DowdThe new still is based in Kirkdale and will be producing a “super premium” product made from organic spirit and organic botanicals, including, of course, the juniper berry.

In times gone by, all the big port cities produced their own gin. British troops fighting in the Low Countries during the Thirty Years' War were given 'Dutch Courage' during the long campaigns in the damp weather through the warming properties of gin. Eventually they started bringing it back home with them, where already it was often sold in chemists' shops. Distillation was taking place in a small way in England, but it now began on a greater scale, though the quality was often very dubious. 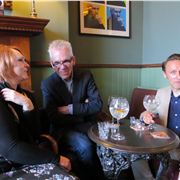 Nevertheless, the new drink became a firm favourite with the poor, so much so that in the 18th century, Lord Hervey declared: "Drunkenness of the common people was universal, the whole town of London swarmed with drunken people from morning till night."

William Hogarth in his 'Gin Lane', an engraving of about this period, portrays a scene of idleness, vice and misery, leading to madness and death.” And we all remember the Mathew Street Festival.

For a pub best known for its real ale drinkers, they do pour a very classy gin and tonic in the Belvedere these days and the Organic Liverpool Gin, refreshing and deliciously dry, is set to become a feature in bars around the city. 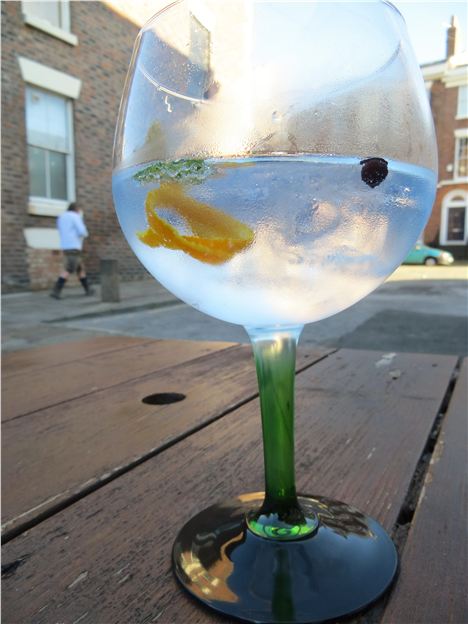 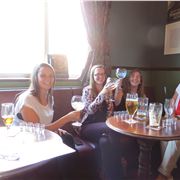 At the tastingConfidential was invited to a gin tasting at the Belvedere, in Sugnall Street, last week where our operatives learned much about the various subtle signatures of gins from Holland, Scandinavia and London as they worked their way through the Gin-nasium and some of the 30 different labels the pub stocks from around the world.

Unfortunately  they “lost their notes". Or, to put it another way: “Little nips of whisky, little drops of gin, Make a lady wonder where on earth she's bin.”

Nevertheless landlord John will tell you all you need to know if you pass by.

Organic Liverpool Gin will retail at £38 a bottle and goes on sale at the end of July.