Get your tips out

IT'S not all about scouse and red cabbage you know.

And while there's nowt wrong with a warming lob on a cold winter's night, Liverpool and the surrounding area can bowl people over in other ways with home grown culinary delicacies.

Fewer than 15 miles from the city centre lie two of England's most prized hotbeds of asparagus growing action, whose brief crops are harvested and served at restaurants and homes across the country. 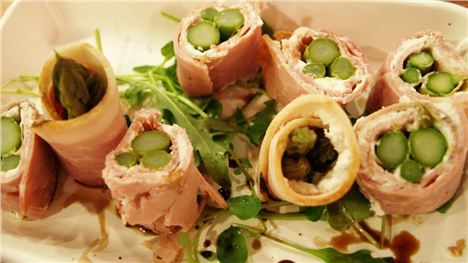 Formby and Wirral asparagus is a blink-in-the-eye summer treat, with a growing season of just six weeks a year. Each location is recognised as optimal for farming the veg with a micro-climate, plenty of sandy soil and close proximity to the coast, all of which asparagus likes.

Now you have no need to go to either of those, or even venture outside the city centre, to enjoy it.

Claremont Farm, in Spital, has bundled its asparagus up and has opened a pop up restaurant selling the stuff in Liverpool ONE. 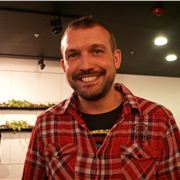 Andrew PimbleyAt a launch of Asparagus Patch last week, those guests normally to be found glugging prosecco were knocking back mugs of Mo Hall's fairly legendary Claremont asparagus soup like there was no tomorrow.

Served with a huge hunk of the newly legendary Baltic Bakehouse sourdough, this has to be among the finest soup and bread around at the moment, a veritable match made in heaven, spoiling lunchtime crowds at just £4.

They could have used any old bacon to show off the vivid green tips snuggling in the lunchtime bap. Instead rashers of Cheshire Smokehouse's finest are packed into a soft roll to transform it into the classiest of bacon butties. Crunchy, sweet and smoky textures and flavours (£5) parcelled up into a home-grown rarity for this part of town. Pret a Manger, look on and weep.

Cheshire Smokehouse also provides the ham for the goats cheese and asparagus roll ups (£3 each, four for a tenner) or actually, just get a bunch of the stuff steamed there and then and lashed with lemon butter, tarragon hollandaise, balsamic or parmesan (£6).

The Asparagus Patch is the first restaurant and shop of its kind in the country and you can just buy bunches to take home (£3.50) as well as rhubarb and other stuff they grow. 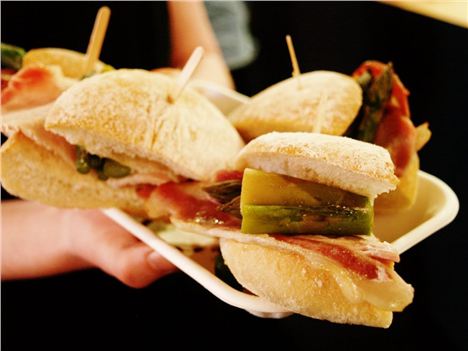 Andrew Pimbley, who runs Claremont, said “I have been dying to do something like this for ages and bring our produce over the water so that it becomes accessible to everyone.”

Asparagus is a grab-it-while-you-can crop - in every sense (Andrew revealed how thieves lifted around £300 of spears from Claremont's fields the night before the shop opened). 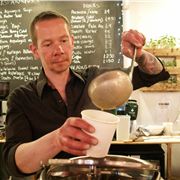 Its short season finishes on June 21 and you have until then to visit the Manestys Lane store. Farming folklore dictates if you pick asparagus after that it won't grow the following year.

Supplies of UK asparagus are also severely depleted this year owing to the wet spring, but don’t let that stop you.

Andrew added: “As well as tasting delicious, people recognise the importance of supporting local produce more than ever before. I’d like to thank Liverpool ONE for giving us this space for the entirety of the British asparagus season; it promises to be an exciting six weeks." 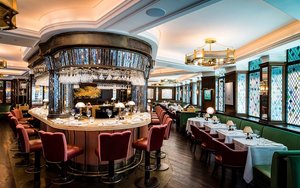 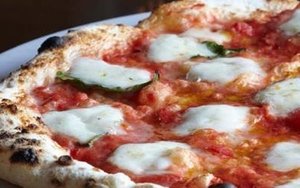 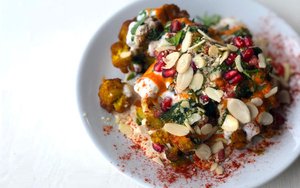 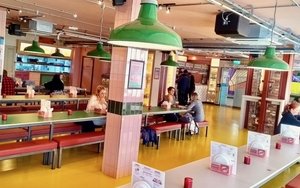