TWO dishes at Maray, two trips to Allerton Road, two lots of chicken winners, and two helpings of sticky cheese numbers. This month’s roundup of our food and drink team's best dishes are letting you pick’n’mix – one thing to note is that they can’t get enough of comfort food now our daylight hours are on the wane.

Here’s what they recommend you eat this October. 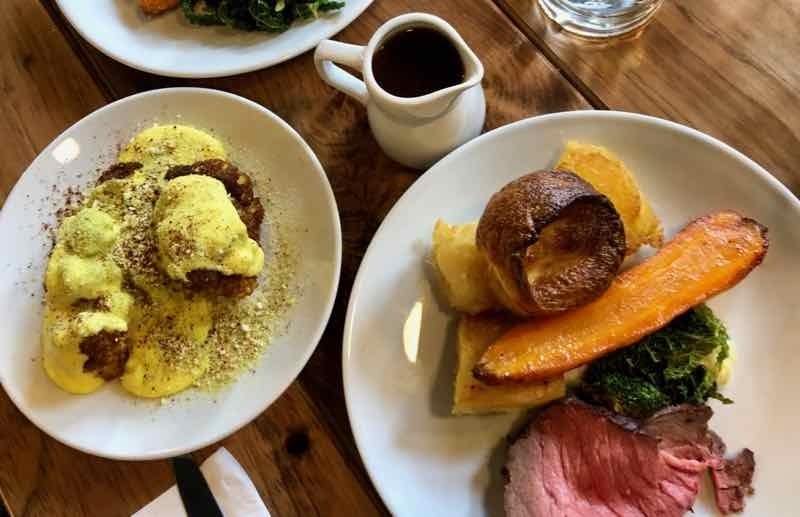 Summer gave us a decent run. But now the leaves are beginning to fall and there’s a certain chill in the air, which can only mean one thing. It’s roast dinner season. At long last, after a lenthgy hiatus, the Allerton Maray Roast Dinner is back. And my God, it was worth the wait. Nobody does veg better than Maray, so where else would you go for a carefully curated plate of sweet glazed carrots, sautéed in-season greens? The beef was bright pink and tender, and the roasties were crispy and fluffy.

I’d have been delighted with just that – but then the cauliflower cheese arrived. You know as well as I do, if anybody knows how to cook with cauliflower, it’s these guys. So pick up your knives and forks, kids, because if you think the infamous disco cauli is good, now is the time to get excited. It’s a head of roasted cauliflower underneath a golden cascade of creamy, cheesy mess. I could have eaten a whole portion for it as a starter (and possibly a main), it was so good. So put on your Sunday best and get down to Maray Allerton for the (second) best cauliflower you’ll eat all year. Megan Walsh 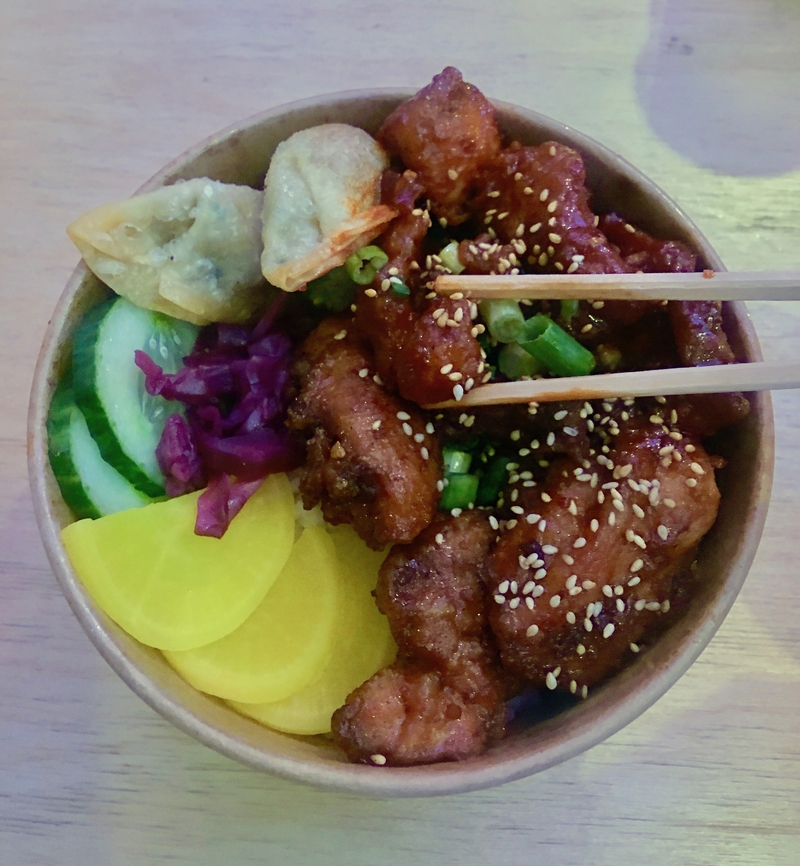 The Baltic Market has sealed its reputation on burgers, pizzas and halloumi fries, but push past the familiar faces and you’ll find a hidden gem serving kick-ass Asian street food. Love Kimchi started life two years ago as a Korean food blog by Hyeon Jeong Yoon. After requests from readers, Hyeon decided that the UK was ready for authentic kimchi and used her grandmother’s recipes to set up shop. Love Kimchi now offers an authentic Korean street food menu with dishes that you’d recognise if you were to visit Hyeon’s home town of Daegu.

It’s been Westernised a little, but I imagine that the Korean kids would be quite amused to hear that Scousers are chowing down on sweet and spicy Gangnam Style or garlic fried K-Pop chicken. I went for a colourful half and half of those two, served with mandu crispy dumplings, sticky rice and house salad. It stirred up fond memories for me of the markets, subway stations and street carts of South Korea that serve up delicious and nourishing food for the soul. Love Kimchi is at the Baltic Market until 27 October. Chop-chop; forks also available. Vicky Andrews 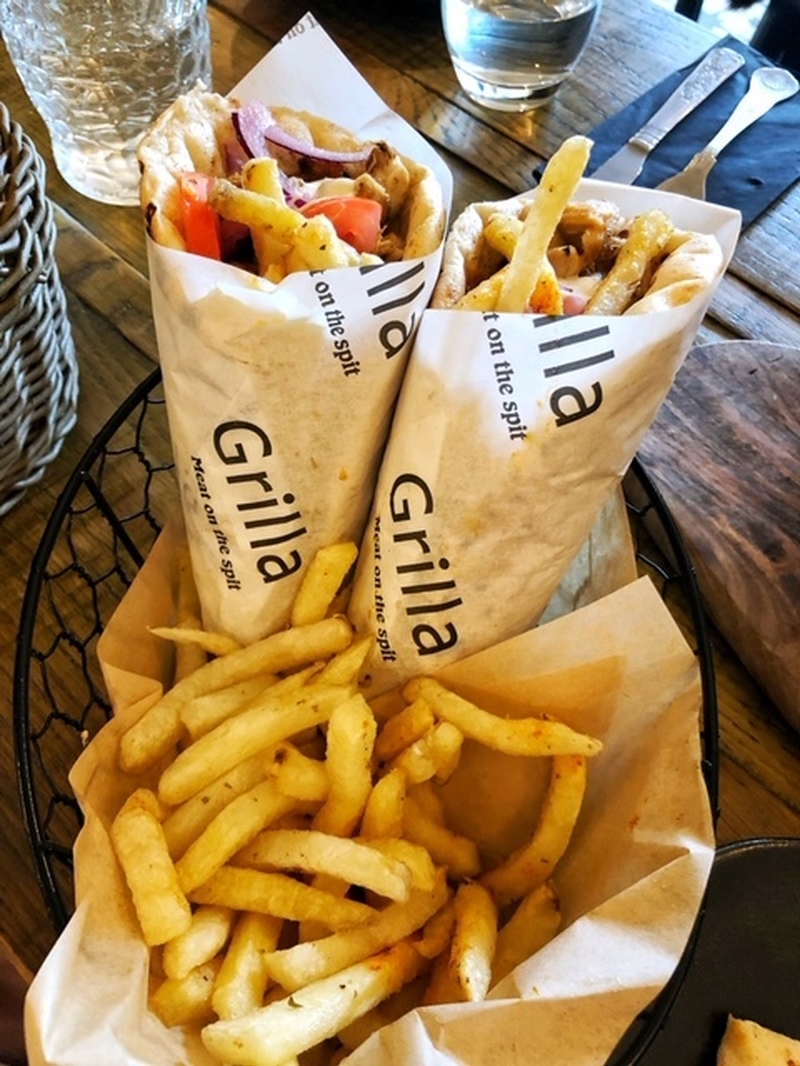 I’m not sure what it says about me or what I’ve been doing lately that the best thing I’ve eaten this month is a kebab, but that’s the situation we’re in and there’s no going back now. I say kebab, what I actually mean is a Greek Gyro, this one specifically from Grilla.

Hot, fluffy pitta is filled with tender chicken, lamb or pork and there’s no doubting the freshness of the meat since it’s rotating tantalisingly on the spit behind the bar. Crisp lettuce, pickled red onions and tomato provide freshness, while a smooth mustard-spiked mayo coats the whole thing in a tangy sauce that’ll have you mopping up the run-offs with your bare hands. Did I mention it’s filled with chips? One portion is more than enough for two people, though once you’ve had your first bite you won’t want to share it with anyone. Rebecca Fry 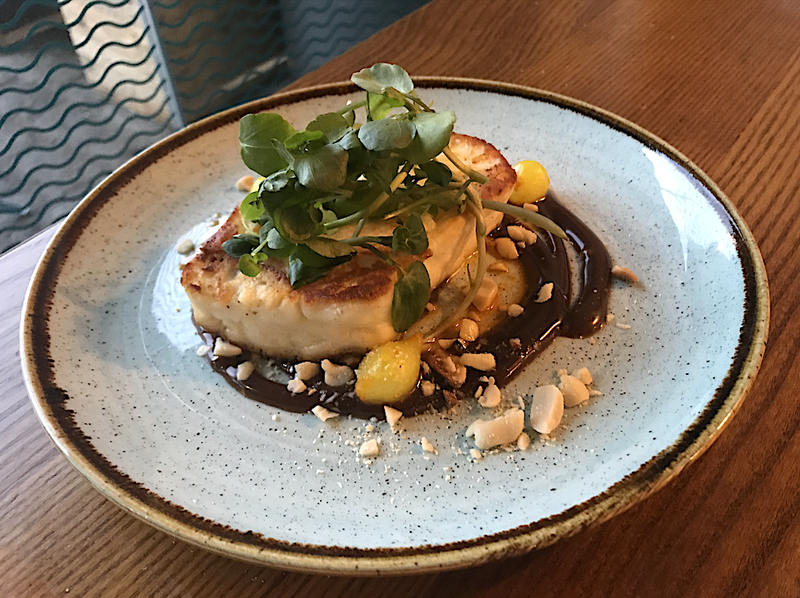 The way to my heart has always been a milky way. No, not fluffy, kids’ chocolate, but cheese of every persuasion. So a massive wodge of it grilled to perfection is going to be an easy win every time. The joys of halloumi are well known, it’s squeaked its way onto almost every menu in the land. I adore it and I’ve eaten it soused in grassy olive oil and fresh red chilli, battered in lieu of fish with mushy peas and chips, in a curry, on a pizza, basted with honey and wrapped in filo pastry, on a kebab with peppers and onions as the token veggie option at a BBQ, drizzled with tangy chimichurri, even in a box at a festival, masquerading as ‘fries’.

I thought I had seen it all. But to pair that salty seductress with tamarind caramel sauce and peanuts as those naughty kitchen wizards at Maray do is another level of debauchery entirely. One bite and my eyeballs rolled back in rapture. In the words of the eminent food critic, Homer Simpson, it was ‘groin-grabbingly transcendent’. Kelly Bishop 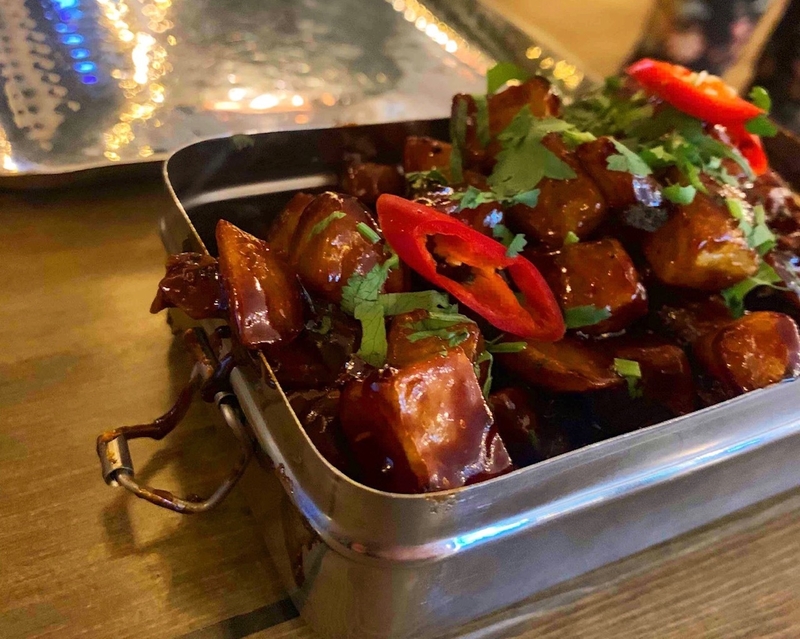 This probably isn’t the first time a dish from Mowgli has appeared in a best dishes roundup and it definitely won’t be the last, but I’m just going to hammer the message home once again for good measure: Mowgli is flippin’ awesome. No two ways about it. Everything on the authentic Indian street food menu is a total party in the mouth. I’m usually a Mother Butter and rice kinda gal but during my last visit, as part of my plight to eat less meat, I went for the Mowgli Paneer and some of the Treacle Tamarind Fries.

Well, what an absolute taste sensation that was. A tiffin box full to the brim with tender paneer cheese chunks, an indulgent tomato-based curry sauce bejewelled with a scattering of vibrant garden peas. All accompanied by my choice of Street Chat which comes served as a generous portion of diced potatoes slathered in a thick, sticky, treacle sauce fragrant with spice and topped with thinly sliced chillies and red onion. A meal I would happily sacrifice my grandma for any day of the week. Sorry, Nan. Stephanie Whalley

Like that? Here’s the best dishes roundup from last month.