Cote Bistro: Gastronomic but not astronomic

I HAVE a friend, once married to a chef from Montpellier. He swore to her that there was no coq like a French coq. In fact he just swore.

But he had a major point, so to speak.  Anyone with more than a passing interest in food, on field trips across the Channel perhaps, will know that a bird raised by the Normandy or Brittany hand is frequently worth two of those found in your British-bred chicken coop.

Even the amateur Gallic cook ruthlessly demands flavour and is fully aware that this begins at source. Poultry husbandry is a serious matter. Bresse is best, but even a supermarket chicken labelled “élevé en liberté”  will give results that are a joyous stranger to these shores.

Unless you are in Liverpool’s latest French restaurant where a fix of Poulet Breton (£9.95) comes fitted as standard. 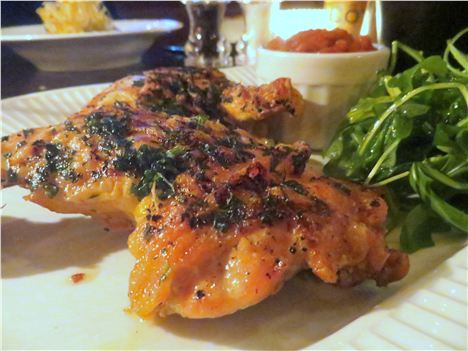 “The big national restaurant groups are really upping their game nowadays,” declares one of Liverpool’s most respected chefs. “When it comes to eating out, people are more savvy than they’ve ever been.

“They watch all the food shows on TV, they travel. They know if a place is any good or if they are being ripped off. And they expect the best.”

This particular king of indie dining has no worries on this or any other score. We were sipping digestifs in his own gaff, a regular Confidential haunt.

Côte is a big player de la variété Française, which, after holding court for several years in the south of England (a staggering 28 branches in London alone), ventured up north last year. It found its Liverpool home on Paradise Street just before Christmas.

Haute cuisine it isn't. But nor is it Café Rouge. Côte Bistro is all about modern French favourites on a well considered menu. Inside it possesses all the look and feel of a smart Parisian local.

It does not profess to be gastronomique, but nor are the prices astronomique. And that means even if you fill your boots from the inviting a la carte, which we did, there may still be enough left for a glass/bottle of naughty French something from an all-price-point list.

It also means you can take the family for a taste of the Left Bank without it breaking the actual bank. Equally, the general ambience makes it a good call should a more intimate opportunity for dinner present itself. 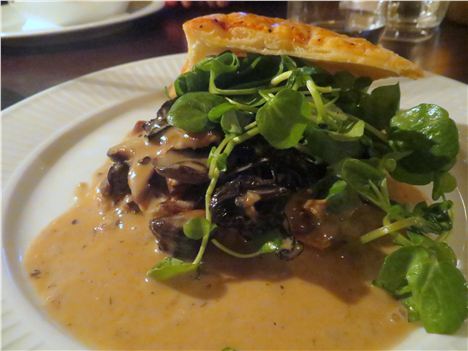 To sample, for example, Prawn Gratinêe (£7.50) a fanfare of fat, juicy seafood and croutons, the latter accomplishing the mission of absorbing the garlic and chilli-infused white wine and fresh tomato sauce.

Adding interest to the steak frites, lamb rumps, roast ducks and Niçoise salads, is a fortnightly changing specials menu. From here comes Cod Suprême, a shiny, succulent specimen, roasted and crowned by braised leeks and slices of Savoie ham. And there is more, a garland of sweet, shell-on clams (£13.95).

And from the “Grills” that Poulet Breton, a half chargrilled bird whose corn-fed flesh is pretty lush under that seared, well seasoned skin of gold. 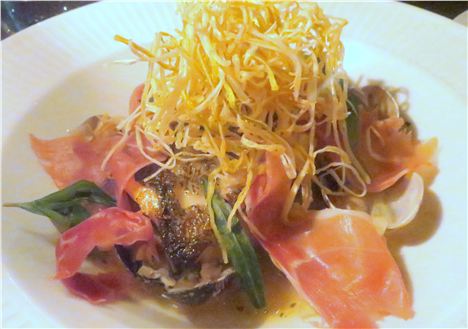 Côte Bistro puts great store on its puddings, saying it makes many desserts in-house, classics such as crème brulée and crème caramel. However, what is bought in shouldn’t be dismissed. A waitress pointed out Tarte au Citron (£5.25) which apparently comes from patisserie wizards at the huge Rugis food market, just outside Paris, as do the cheeses and charcuterie meats.

The tarte is the part, its sharp lemon tang soothed by a dollop of creme fraiche, sweet, fresh raspberries and a fruity Domaine de Barroubio 2012 Muscat (£3.75).

And where else will you find crêpe with orange and Grand Marnier (£5,50), a dish best served aflame, torched with a flourish on the flick of a Bic?

With permanent fixed price menus of £9.95 (two courses) and £11.95 for three, it is something of a light at the end of the bleak midwinter tunnel.

And on a spent up January night, it will warm the coquilles of your heart. 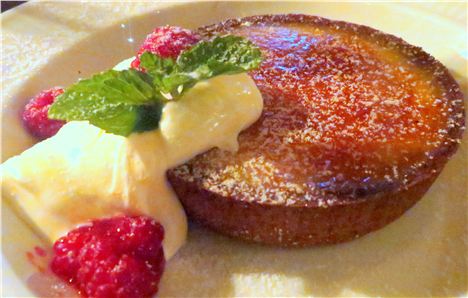 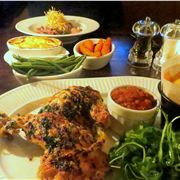 *NOTE: This was a hosted visit so there is no score. Any views expressed by the author are, however, truthful and heartfelt.