Four famed chefs from the region will join forces to cook up a menu in aid of Hospitality Action this November at the Liverpool Hilton Hotel.

Our chefs are guaranteed to cook up a storm, showcasing their enviable culinary skills.

Award-winning chefs Ellis Barrie (Lerpwl), Aiden Byrne (The Church Green in Lymm), Paul Leonard (The Forest Side, Grasmere) and Tom Parker (The White Swan at Fence) will come together for the fundraiser in Liverpool on Monday 7 November.

The one night only event looks set to be a momentous dining affair and all to support a great cause; Hospitality Action.

The four renowned chefs will come together to raise vital funds for those in the hospitality industry on the brink of poverty or suffering with poor mental health due to the skyrocketing cost of living crisis, 80% energy price cap increase or hospitality staffing crisis.

The event will be hosted by Paul Askew of The Art School Restaurant, Hospitality Action ambassador and a stalwart of Liverpool’s dining scene.

The evening will commence with a drinks and canapé reception, followed by a four-course meal, where each of the chefs will create one signature dish. Guests will also have the chance to join the prize draw and auctions to get their hands on exclusive experiences and overnight stays, with all proceeds being donated to Hospitality Action. 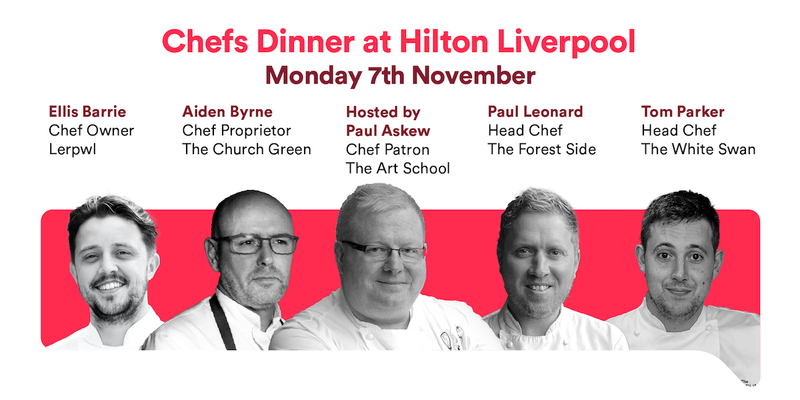 “All proceeds from the evening will help Hospitality Action to provide grants to families in the grip of poverty who are often suffering from poor mental health.

“Since the start of the pandemic, our grants have put food on the table and kept the lights on for over 7,500 hospitality households across the country. And it's only thanks to the generosity of our chefs and guests that we are able to meet the surge in demand this winter will surely bring.”

The Chefs' Dinner at Hilton Liverpool City Centre costs £130 per person and £1,250 for a table of ten. Tickets are available from the Hospitality Action website.

Chef biographies - who's who? 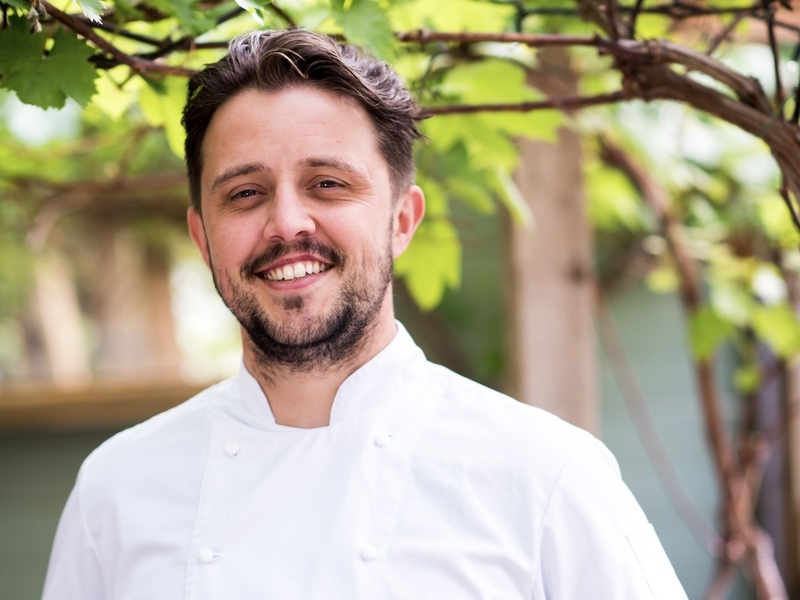 One of the infamous Barrie Brothers, Ellis attended a Saturday cooking course from the age of 12, and the rest is history. After his dad bought a campsite in Anglesey, Ellis and the family moved from Liverpool and threw themselves into making it a success. More recently, Ellis can be found at Lerpwl, Liverpool. Read Gordo's review of Lerpwl here. 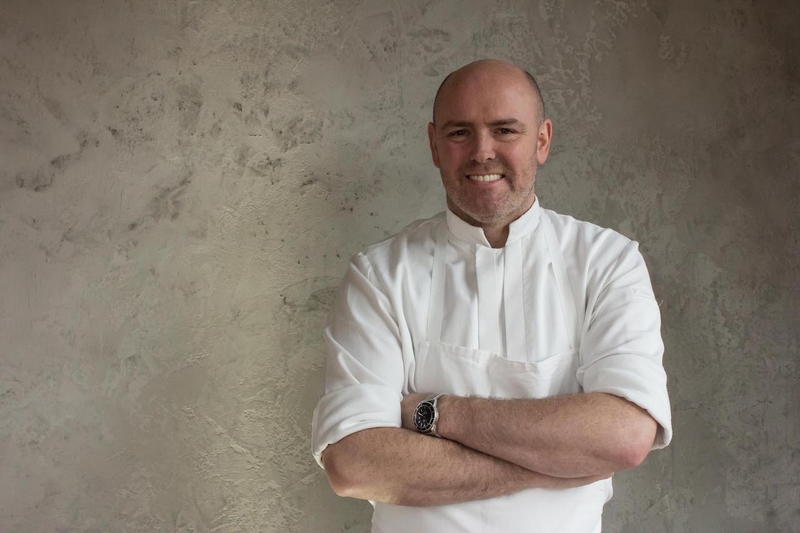 Aiden Byrne is the youngest chef to win a Michelin Star at Adlards in Norwich at the age of 22. Aiden has enjoyed various head chef roles at many of the most iconic venues in the UK, including The Dorchester, Danesfield House and Manchester House. In 2008, Aiden and his wife Sarah opened The Church Green in Lymm with awards quickly following, including the 2012 AA Restaurant of the Year. Aiden has made numerous TV guest appearances including MasterChef, The Great British Menu and Restaurant Wars – The Battle for Manchester. He is also the author of Made in Great Britain. 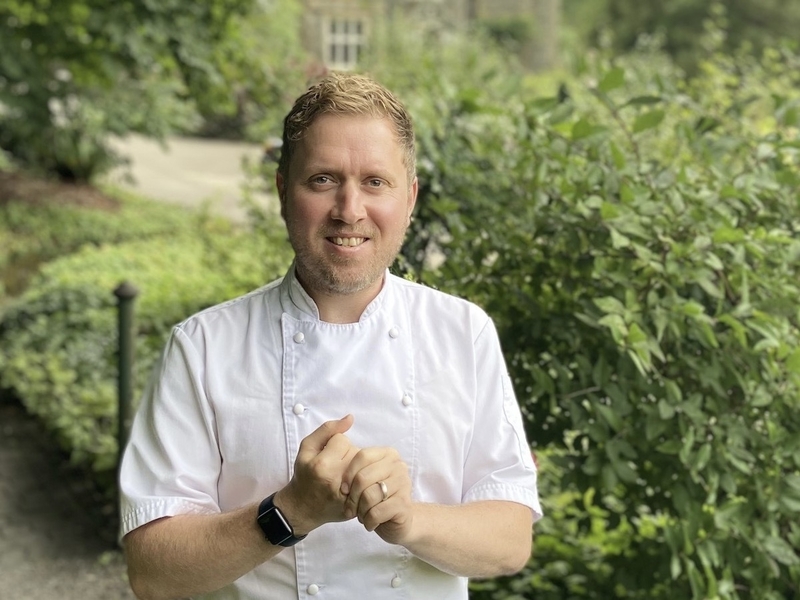 Paul Leonard – The Forest Side, Grasmere

Paul has a great depth of experience working at the highest levels, cooking under the likes of Marcus Wareing and Andrew Farlie. Paul’s Michelin experience also includes retaining a Michelin Star at the Isle of Eriska on the west coast of Scotland. He joined The Forest Side in 2019 from the Devonshire Arms in Bolton Abbey. Paul has been praised for his loving and simple use of local produce. This celebration of provenance is an ethos he has carried with him to The Forest Side, where the culinary experience is designed to be a reflection of the landscape of the Lakes in which it sits. Read the Confidentials review of The Forest Side here. 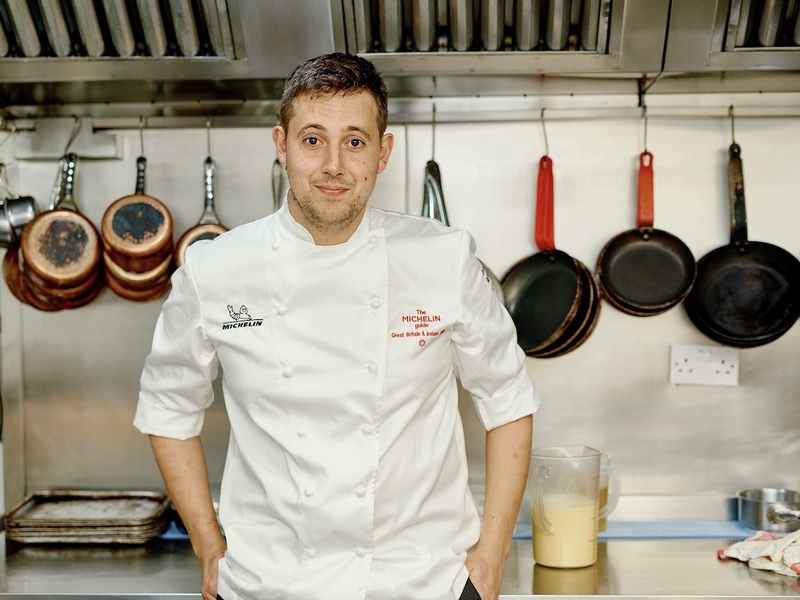 Tom began his career at Northcote Manor, Langho Blackburn (1 Michelin Star), at the age of 16 as an apprentice. He went on to win Young Chef of the Year in 2011 (aged 21), and became a senior sous chef at 24. During his time at Northcote, Tom went on a work placement to 3 Michelin Star De Leest, Netherlands. Wanting to gain more experience and see a little of the world, Tom went to Mexico to work at Capella; Mexico’s most renowned hotel and restaurant. Upon returning home Tom joined a new business venture with friends at The White Swan in Fence in December 2013, and went about changing it from a small local’s pub to a fine dining pub/restaurant which holds a Michelin Star.