Butcher with the Edge

May 3 Update: Edge's have now in fact won this award

AN off-the-beaten track butchers shop in Wirral is about to be propelled into the limelight after bei nominated for the equivalent of a national food ‘oscar’.

For five generations, the Edge family have been supplying meat and fowl to people in from a shop built in 1844 by the great-great grandfather of current owner, Callum Edge.

'Ten years ago our average customer was aged around 70, now it is around 40, and we have more and more younger customers with a great knowledge of food and where it comes from'

Such is the quality of the meat, the ordinary shop in an ordinary shopping street along the A41 in New Ferry has a clientele most shops would die for.

Ordinary locals drop in to buy rashers of bacon or lamb chops from a butcher who supplies the posh hotels and restaurants of Merseyside, Cheshire and further afield, including Simon Radley's two-star Michelin restaurant at Chester’s Grosvenor Hotel.

Callum Edge has something the supermarket chiller counter just can't match. Every beast sold from his shop will have been carefully watched by him from birth and, in many cases slaughtered by him. 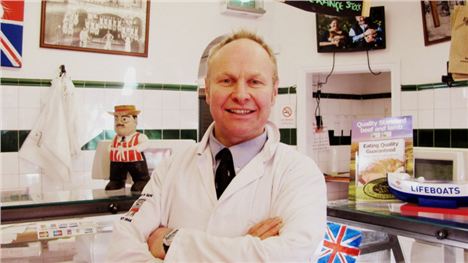 The slaughtering takes place at the rear of his high street shop, but the process is carried out in a way that minimises the distress to the animals.

Cows, lambs and pigs all come from within 25 miles of the shop in New Ferry and the shop continues to work with local farmers, as it has since 1844. The longest relationship between Edge and Son and a local farming family goes back well over a century.

So when the BBC You and Yours programme announced it was sponsoring the Best Retailer Award as part of the Radio 4 Food Programme’s annual food and farming awards, Edge and Son was put forward, one of more than 6,000 nominations.

This week the shop learned it is one of three to be nominated, and the only one in the North West. 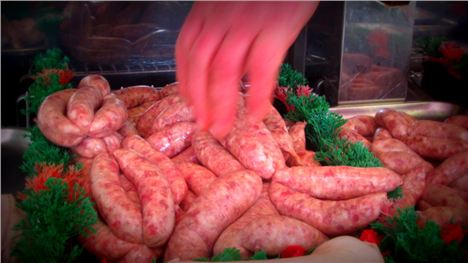 Callum Edge, 50, is delighted an increasing number of young customers are turning to his way of doing things.

“Ten years ago our average customer was aged around 70, now it is around 40, and we have more and more younger customers with a great knowledge of food and where it comes from. They know that as a business we know the animals from the moment they are born to the minute they come here. We know how they have been cared for, what they have been fed. Everything we sell is 100 pc traceable.
“That generated many new customers during the horsemeat scandal when people wanted to know the origins of what they were eating. I was shocked that some very responsible businesses were selling products containing meats that listed on the ingredients.” 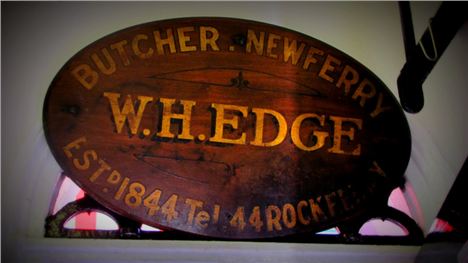 Callum’s great-great-great grandfather James Edge reared cattle in the village of Edge and drove them across the ferry to Liverpool for slaughter. James’s son John then started the shop business, building the stunning shop in New Ferry in 1844 – a building little changed since those long gone days.

As for supermarket competition, Callum is delighted his rivals sell meat in cling film wrappings. “I am pleased they do that, it is one of the reasons people to us for meat. We work in partnership with 25 local farms and we know all of them very well,” he says.
The shop has a staff of eight butchers, Callum and three others licensed as slaughtermen – and all trained to treat the animals with respect and dignity.
“People ask which are the best cuts of meat, but to me the way the animals have been reared and cared for is the most important thing. If you showed him 100 lamb chops I would be able to pick out the one that came from us,” said Callum. 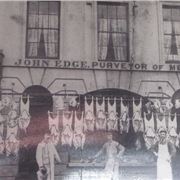 Within weeks a team of judges from the BBC awards will travel to Wirral to examine the business. The winners will be announced in Bristol in May.

Word has already spread around New Ferry among regular customers and there is no doubt in the pride felt in the high street, now off the beaten track since the building of the New Ferry Bypass which diverts most traffic away from the street.

Such is the dedication and ethos of Edge and Son, Callum Edge has bought the two shops adjoining his butchery and plans to offer rent free for a year to encourage ethical food entrepreneurs to establish themselves in business.

The Food and Farming citation says this about the nominee: Edge & Son Butcher is a 5th generation butchers that places great emphasis on the animal welfare, rare breeds and provenance.... They also work with schools in the area, helping pupils to understand food production. "The style and the traditions have not been invented by Callum Edge to give his shop a competitive edge over the supermarket rivals. His way of doing things was learned from his father and grandfather, who in turn were taught by their parents and grandparents. Their celebrated pork sausages are still made from a family recipe dating back to the 1840s.

The line-up of 24 finalists also includes a cheesemonger in North Yorkshire who’s championing British regional cheeses; a team smoking halibut on the Isle of Gigha in Scotland and a street food cook in London who’s serving up some of the least popular cuts of meat and fish. St George’s market in Belfast makes its first appearance in the Awards, along with Aberystwyth’s farmers’ market and a shop in Yorkshire set up to tackle food poverty.

'Sicilians are very proud of their pistachios’ - Carlisi, reviewed
● / Eating Out 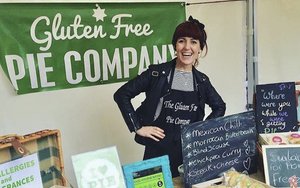 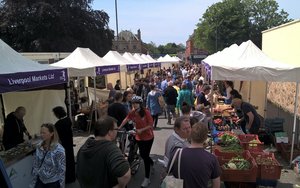