Bike made in Liverpool bids for world record

A team of students from the University of Liverpool have flown to the US with one mission on their mind, to cycle their way into the record books,

They are convinced their bike, engineered in the Pool, can top the current land speed record of 83.13 mph for a human-powered vehicle

Their attempt to set the record takes place next week at Battle Mountain in Nevada.

Their magnificent contraption, ARION1, is a speed bike that uses a recumbent cycling position and an aerodynamic shell. Apart from that it's just like any other, with two wheels, pedals and a bicycle chain. The only difference is this cycle can be propelled to speeds that would draw a speeding ticket on a British motorway.

The University of Liverpool Velocipede (ULV) Team is being sponsored by Rathbones, an investment company established in Liverpool in 1742, more than a century before the invention of the first cycle, the humble snail's pace penny-farthing.

Two male riders  - Ken Buckley and David Collins - and one female – Natasha Morrison – were selected from 35 hopefuls with the power to deliver the speed required to bring the record to Britain, riding a machine designed and built from scratch at the university.

Dr Tim Short, senior lecturer in the university’ School of Engineering said: “In under two years, the students have gone from knowing nothing about the design of high speed bikes to being ready to challenge the world record. They have an unrivalled foundation from the engineering science teaching and facilities here in Liverpool, but ultimately it’s down to them and their tremendous dedication.”

The ULV Team is the only British university team to attempt the record and the only team from Britain entering the International Human Powered Vehicle Association (IHPVA) World Human Powered Speed Challenge 2015, held at Battle Mountain between September 14 -19.

The current world record for a male rider, set in 2013, is 83.13mph and 75.69mph for a female rider.
Team Leader, Ben Hogan said: “We’re very confident. The vehicle is good and we’re going to bring the record home to the UK for the first time.”

Deputy team leader Patrick Harper said: “It’s quite hard to think about how far we’ve come.    When we first started the project, the aim was always to build a bike and to break a record but did we think we’d be sat here two years later with a built bike, dedicated riders, major sponsors and tickets to the US?”

University of Liverpool PhD student, David Collins, one of the riders making the record bid, has been in specialist training for the last eight months to prepare.

He said: “I’m very confident. We’ve all been working hard, the team and the engineers.  I’ll be completely encased by the shell so the only way I can see when riding is through the camera mounted on the outside feeding images to two small screens inside. It’s all about getting the job done as a rider now.”

The team has been supported by the Institute of Mechanical Engineers (IMechE). Philippa Oldham, IMechE Head of Transport said: “The team has embarked on an incredibly tough challenge. Testing will be rigorous and the team will need to ensure that everything is running smoothly. The ULV Team is the first UK university-based team to attempt to break this record and as engineers and Institution members, they’ll need to have perfected every detail to achieve their goal.

"Engineering is about problem-solving and this project showcases innovation and creativity at its finest – I wish the team every success.” 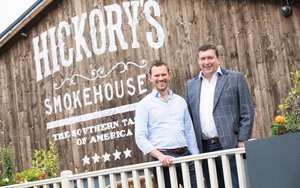 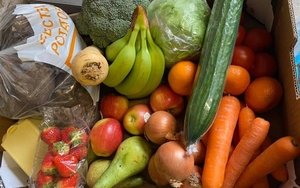