Revealed: Secret of the Beatles statue on Liverpool waterfront

THE sister of John Lennon unveiled a statue of the Fab Four on Liverpool's waterfront today.

Julia Baird said the late Beatle would have been delighted with the figures, designed by Liverpool artist Andy Edwards, depicting John, Paul, George and Ringo strutting along the Pier Head.

She also predicted the work would become a new focal point for Beatles’ fans from around the world. By dusk over the Mersey she was already being proved right: with American, Japanese and Spanish tourists making a beeline for the windswept waterfront, posing for snaps and selfies with the supersized figures.

The 1.2 tonnes sculpture, cast in resin and clay, has been gifted to the city by the Cavern Club, widely regarded as the place where Merseybeat began.

Cavern Club Director Bill Heckle said: “It has been an unbelievable experience to witness the transformation of this city since Cavern City Tours were founded in 1983. 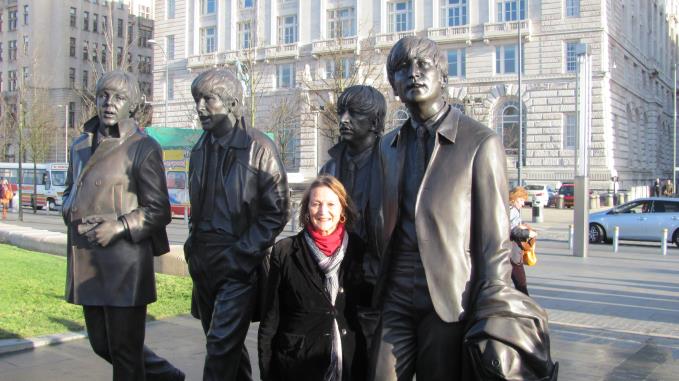 Julia Baird, John Lennon's sister, is dwarfed by the figures at the unveiling

“It is undeniable that tourism has been an integral and driving factor in the renaissance of Liverpool and its most famous four sons have played a pivotal role in bringing people here. We are proud that we have been able to finance this project on behalf of fans from all over the world.”

Even though the work is right in the heart of the town where Lennon was born, there is no letting go of the one where he died. For clasped in John’s right hand are two acorns. They were foraged by Chris Butler, who runs Castle Fine Art Foundry where the work was produced, from oak trees near the Dakota Building where Lennon lived with Yoko Ono.

Back in Liverpool, Butler decided to give them a permanent role, casting them in Lennon’s palm. They are hidden to all but the most eagle eyed spotter.

He said: “In the 1960s, John Lennon sent acorns as a message of peace to world leaders. I was in New York recently and collected a handful of acorns from Central Park.  I added them at the last minute as an everlasting symbol of peace."

Julia Baird said: “I am honoured to be unveiling this statue in our wonderful city of Liverpool. It stands in loving memory of the best band in the world; the band that leapt from the Cavern stage to world-wide recognition.

“The timing reflects the 50 years since The Beatles' final public appearance in Liverpool on December 5, 1965. I was present at that event and am proud to be at the unveiling.”

Liverpool Deputy Mayor Ann O’Byrne said: “I am delighted to see the Fab Four take pride of place on the UNESCO World Heritage  Site. Talk to anyone in or outside the city about our history and you can guarantee The Beatles will get a mention.”

The idea for the statue came from Chris Butler after he noticed the huge image of the group which decorates the window of the Liverpool One HMV. That image was of the band in London, so he found pictures taken of the Beatles at the Pier Head in 1963 and adapted them accordingly. The statues reflect the attire from that famous Liverpool waterfront photo shoot.

He said: “This is a statue that needs no title, no explanation, no instruments, no gimmicks. It’s a monument to a moment and the moment started in Liverpool."

Edwards added: "Our image of them seems to bring past, present and future together, like a time machine.  I think the statue will quickly become a place of ritual. It will be a place to come together, have a think, meditate and play.”

Edwards and Butler hit the headlines a year ago when Liverpool Confidential revealed their All Together Now statue as a tribute to the fabled World War One truce of Christmas Day 1914. 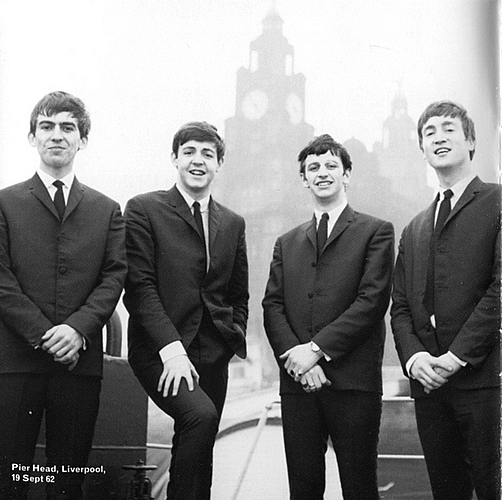 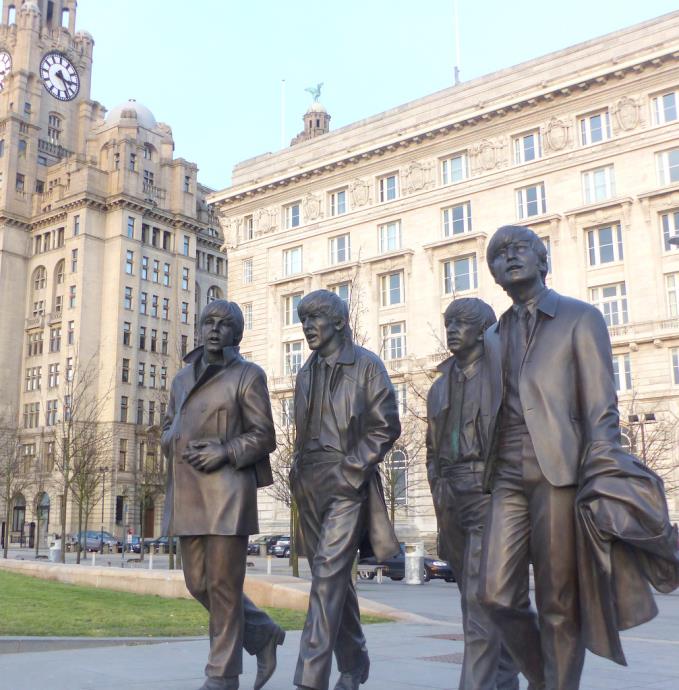