And with last year’s game-changer - the emergence of a Go Local and a cash machine - it could only be a matter of time before the Baltic Triangle made into des res territory.

Now it has arrived, being identified by The Sunday Times as one of 2017’s hottest places to live.

The former industrial patch, described by judges in that other Wapping  as an “achingly trendy party district”,  is one of two Merseyside areas to make the annual North West list.

The other is West Kirby - “a properly posh little seaside town” - a world away beyond the river, where the only hip magnets you will find are the sort picked up on MRI scans.

The accolades come in the newspaper's Best Places to Live guide - published this coming weekend, which sees Knutsford, in Cheshire, take the top North West spot.

The supplement (part one was last week) “assesses a wide range of factors, from jobs, exam results and broadband speed to culture, community spirit and local shops in order to compile the definitive top locations to make your home”.

Four years ago, it was Crosby and Heswall flying the flag if you wanted to make Liverpool (and Wirral) your home. Now the Sunday Times judges have moved on.

But not so from Chester, which is named as one of the Top 20 perennials, meaning it has retained its place in almost every list over the past five years.

“The methodology relies on hard data and robust statistics on crime and education, but also on expert knowledge from The Sunday Times judging panel,” it says here.

“The judges combine the numbers with their own experience of the villages, towns and cities, such as local pubs, ease of transport and the range of attractive property to ensure the chosen locations truly are places where readers and their families can thrive.”

West Kirby and Baltic might be polar opposites - one does car keys and the other is still waiting for a regular bus - however in both citations The Sunday Times panel couldn’t resist comparing and contrasting their findings with Manchester.

“Merseyside has one big advantage over Manchester, and that’s the tang of salty air and the  view of the waves,” begins the West Kirby summary.

“Merseyside lags a long way behind Manchester’s development-driven upward curve,” starts the pitch for the Baltic.

Greater Manchester areas took four of the 12 places, and for those who are interested in exactly what charms  lie up the East Lancs, they are Ancoats, Chorlton-cum-Hardy, Ramsbottom and Saddleworth.

Commenting on The Sunday Times Best Places to Live, Home Editor Helen Davies said: “The list weighs up everything from considering the likely impact of the local plan, to whether the post office is still open, the range of housing, and the quality of the coffee. Numbers on a spreadsheet can only tell us so much, so we carefully balance statistics with our writers’ decades of knowledge and expertise to create the definitive list of the best places to live in the UK.”

The news might not be music to everyone's ears with several live venues in the area already afraid that as the new flats go up, there will be demand from the residents for the noise to be turned down.

The price of gentrification, some might say, and in vibrant cities around the world twas ever thus.

In their words: what the judges said about the Baltic Triangle and West Kirby 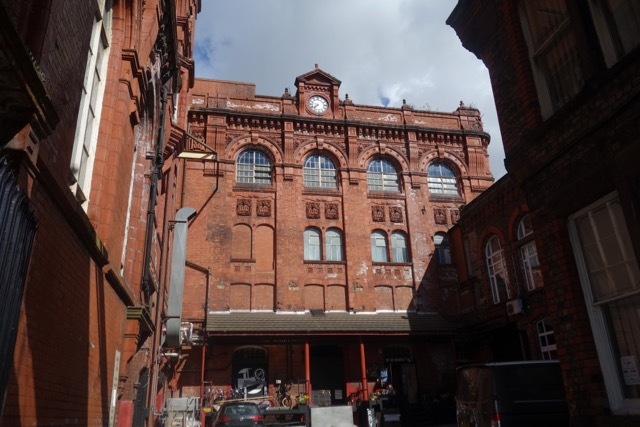 BALTIC TRIANGLE: 'THE CRAZIEST GOLF COURSE YOU'LL EVER SEE'
Merseyside lags a long way behind Manchester’s development-driven upward curve, but life in its Baltic Triangle is as fun, funky and fast-moving as anything its noisy neighbour along the  Ship Canal has to offer. This patch of former factories  and warehouses, near the docks and hemmed in by dual carriageways, was first given its arty feel by an influx of creative and digital businesses — followed, inevitably, by  bars, clubs and coffee shops. They’ve turned it into an achingly trendy party district as well as a daytime tech hub based around the Baltic Creative campus on Jamaica Street, the quarter’s main drag.

There are highlights aplenty, from the craziest crazy golf course you’ll ever see to   peanut butter and brittle doughnuts at the Baltic Bakehouse and Sunday lunch  at Camp and Furnace, the extraordinary restaurant/bar/music venue/event space that perfectly captures the flavour of the area. Part of the fun is that new places are popping up all the time, so you never quite know what you’re going to find. 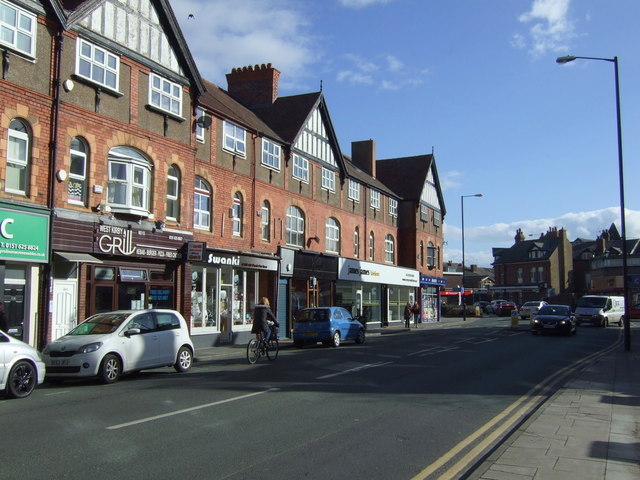 WEST KIRBY: 'TWO FINE, SINGLE SEX, SELECTIVE GRAMMAR SCHOOLS'
Merseyside has one big advantage over Manchester, and that’s the tang of salty air and the view of the waves. There’s nowhere better to enjoy it than West Kirby, where you also get to watch the sun setting over the  Welsh mountains, which rise steeply on the other side of  the Dee and soak up the worst of the westerly weather.

It’s a properly posh little seaside town, with a Victorian prom and plenty of Victorian houses, only 30 minutes from Liverpool (or 35 by train). It has all the outdoor attractions you could want, too, from sailing and windsurfing on Marine Lake to birdwatching on Hilbre Island, a nature reserve that you can walk to  at low tide.