Arthur Dooley: a portrait of the artist at 90

He worked as a welder in Cammell Laird’s and at one time deserted the British Army to support the Palestinian cause. But it was his time mopping up after London art students which would open up a whole new world of possibilities.

Arthur Dooley was one of the most important sculptors of the 20th century and one of Liverpool’s foremost artistic offspring. On what would have been his 90th birthday, he is to be honoured again with Dooley Day, on 17th January.

During his eight years’ service, he served in Europe and the Middle East, deserting at one stage and joining the Palestine Liberation Army

Unseen photographs and original sculptures form the centrepiece of the annual celebration which will again centre on The Florrie, in the Dingle, said to be a favourite building of Dooley’s. It will feature films, presentations, talks, a book reading and an exhibition of original work.

Tom Calderbank, local creative activist behind the initiative, said: “2019 would have been Arthur’s 90th, and we’re aiming to show 90 objects to represent the great man.”

In 1945 Dooley was enlisted in the Irish Guards and became a piper in the regiment's band. During his eight years’ service, he served in Europe and the Middle East, deserting at one stage and joining the Palestine Liberation Army before being caught and spending a lengthy period locked up.

Back in London’s Civvy Street, Dooley began work as a cleaner at Saint Martin's School of Art. The environment inspired him and he became a student there in 1953. Three years later, and having decided he wanted to be a sculptor, he went homeward bound, to Liverpool, and set up a tiny studio.

To support himself financially, he took a job with Liverpool Corporation’s park patrol and later worked at Dunlop’s in Speke. In 1956, he set up a studio in Slater Street where he began to sculpt in earnest, using scrap metal or bronze to forge many religious-themed works in a heavily Roman Catholic city.

Dooley’s medium was usually scrap metal or bronze. He sculpted mainly religious works, including the Risen Christ in Liverpool Metropolitan Cathedral, the controversial Black Christ on Princes Park Methodist Church, Redemption (with Ann McTavish) in Liverpool’s Anglican Cathedral, The Resurrection of Christ at Princes Park Methodist Church in Toxteth and the Stations of the Cross in St Mary’s church, Leyland.

He also produced a tribute to The Beatles in Mathew Street, depicting The Madonna with the band as infant Christ figures, entitled Four Lads Who Shook The World.

Other notable works include Splitting the Atom (depicting the creation of the atomic bomb) at Daresbury Laboratory in Cheshire, and Dachau in Oldham.

Anne Lundon, Florrie CEO, said: “Arthur was a working class hero who loved the Florrie, this area, this city. We’re especially proud to have our own, important piece of his work as part of our collection of treasures here at The Florrie. I’m sure Arthur would have approved.”

Dooley Day kicks off from 10am and goes on until 6pm. If you can’t make it - or are reading this after the event - never mind. Here are some previously unseen images of the great man and his work. 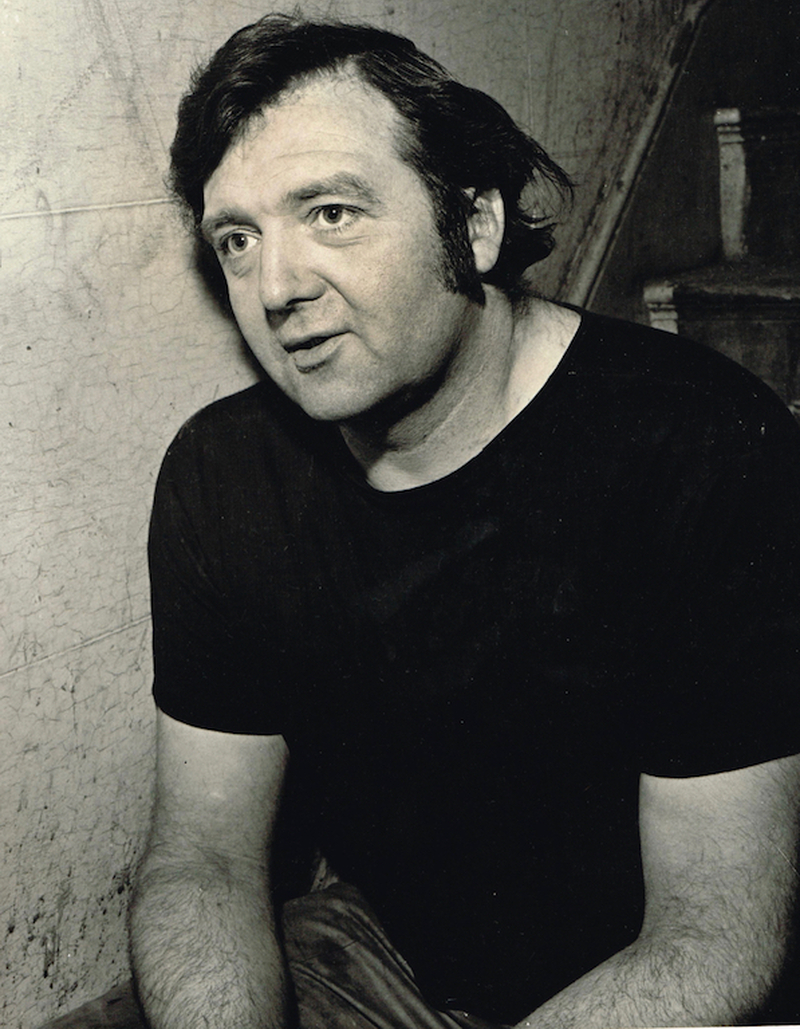 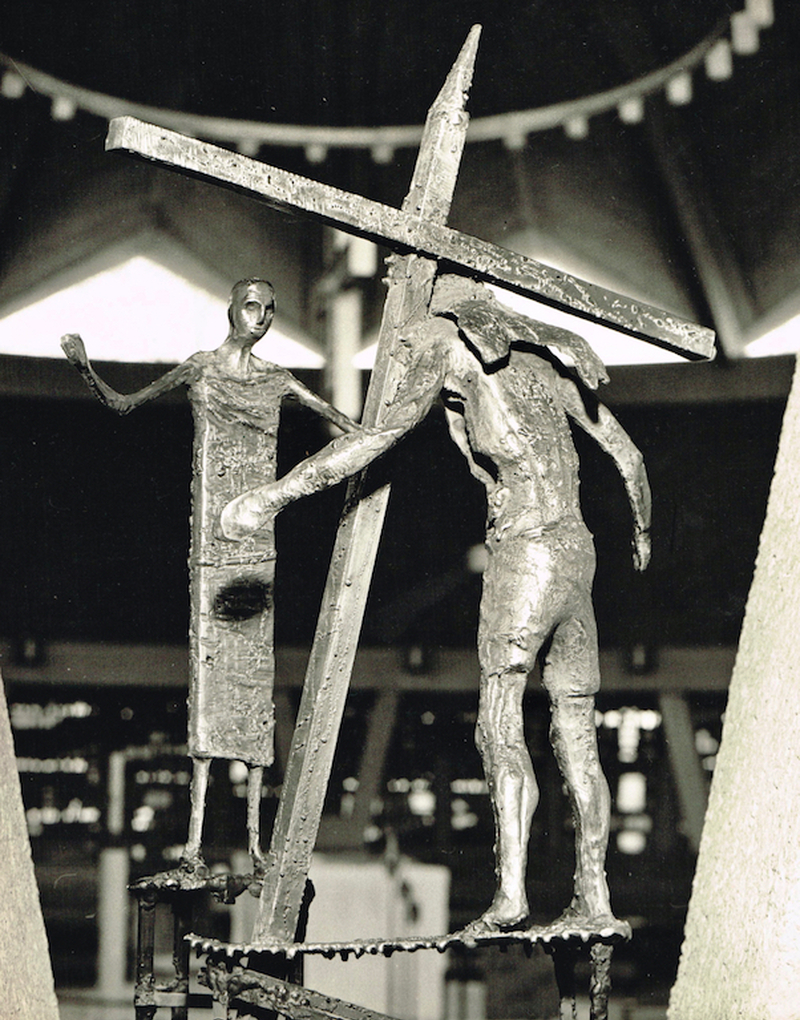 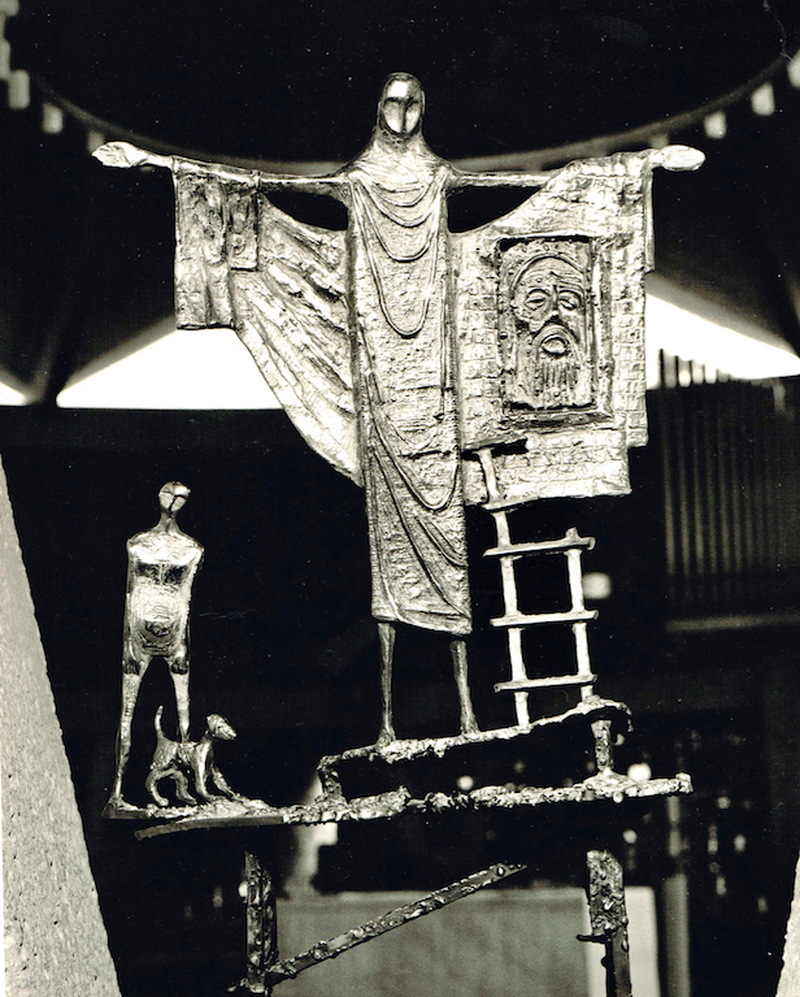 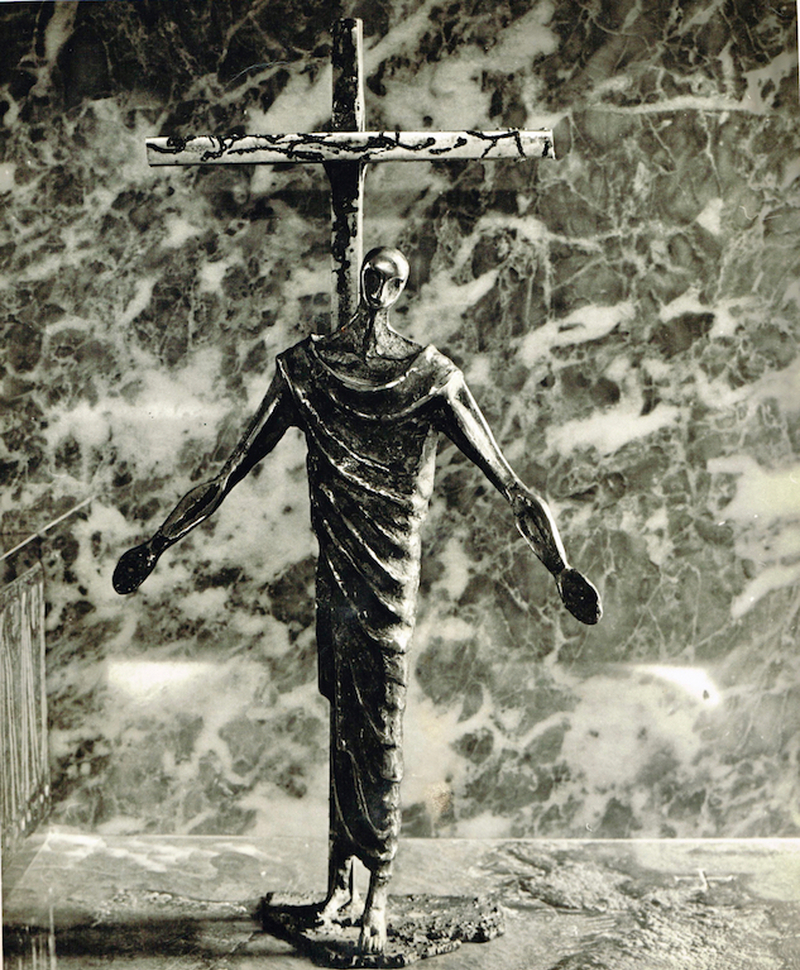 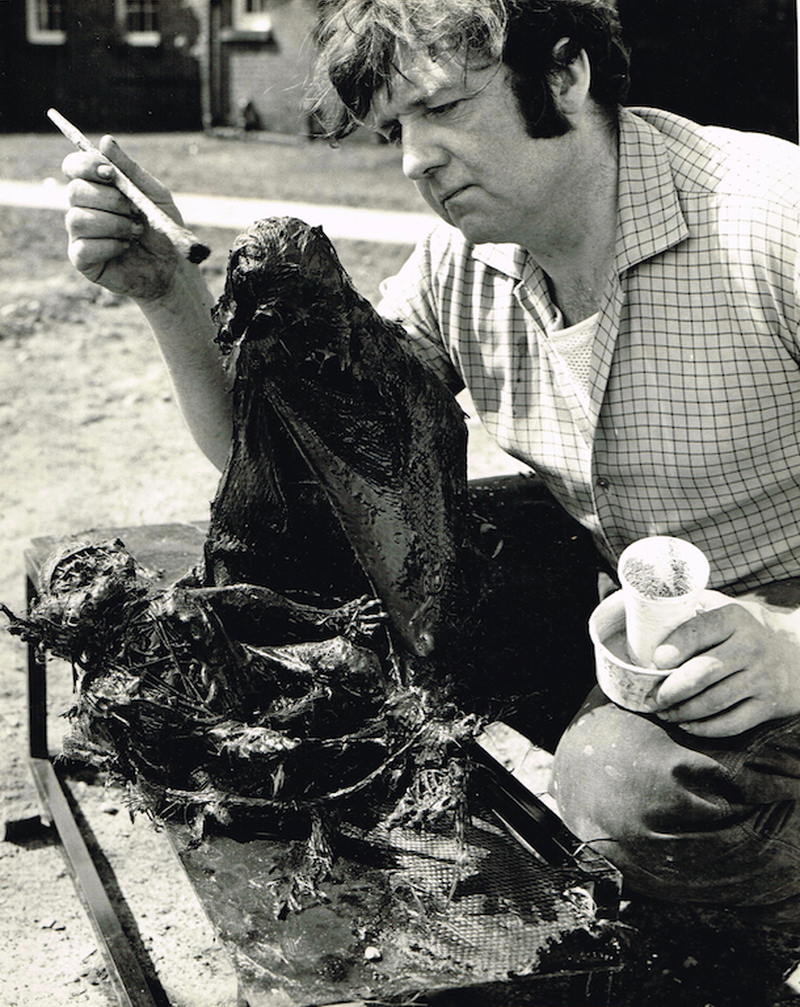 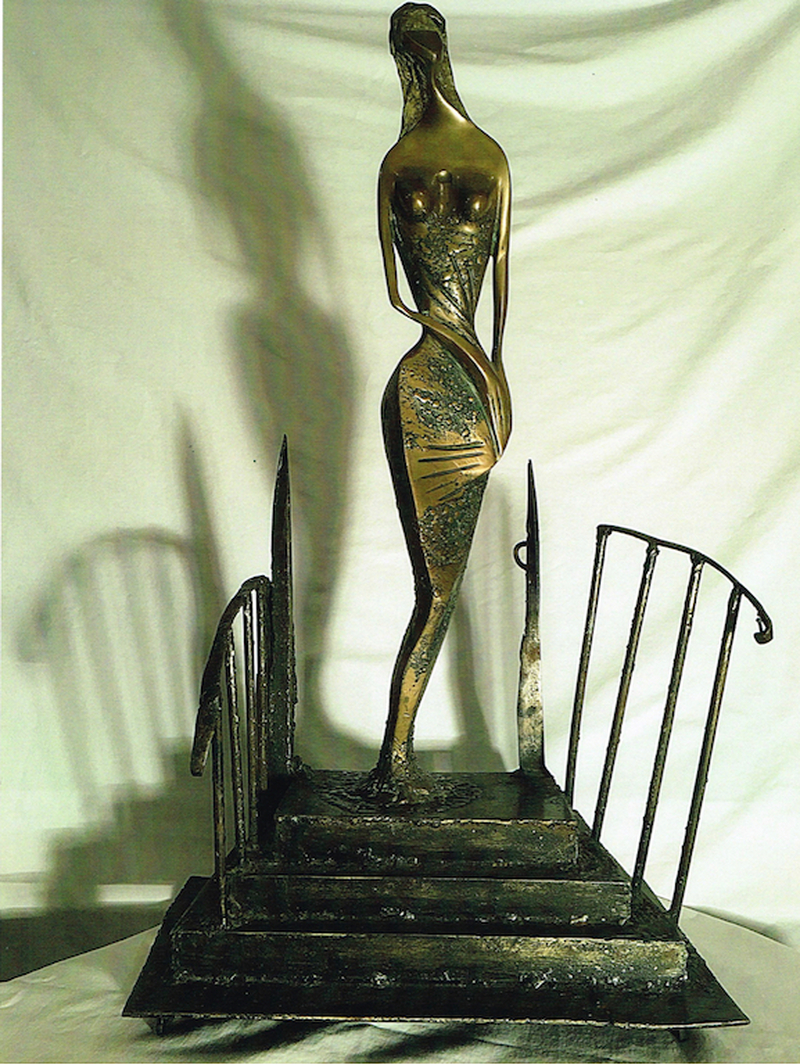 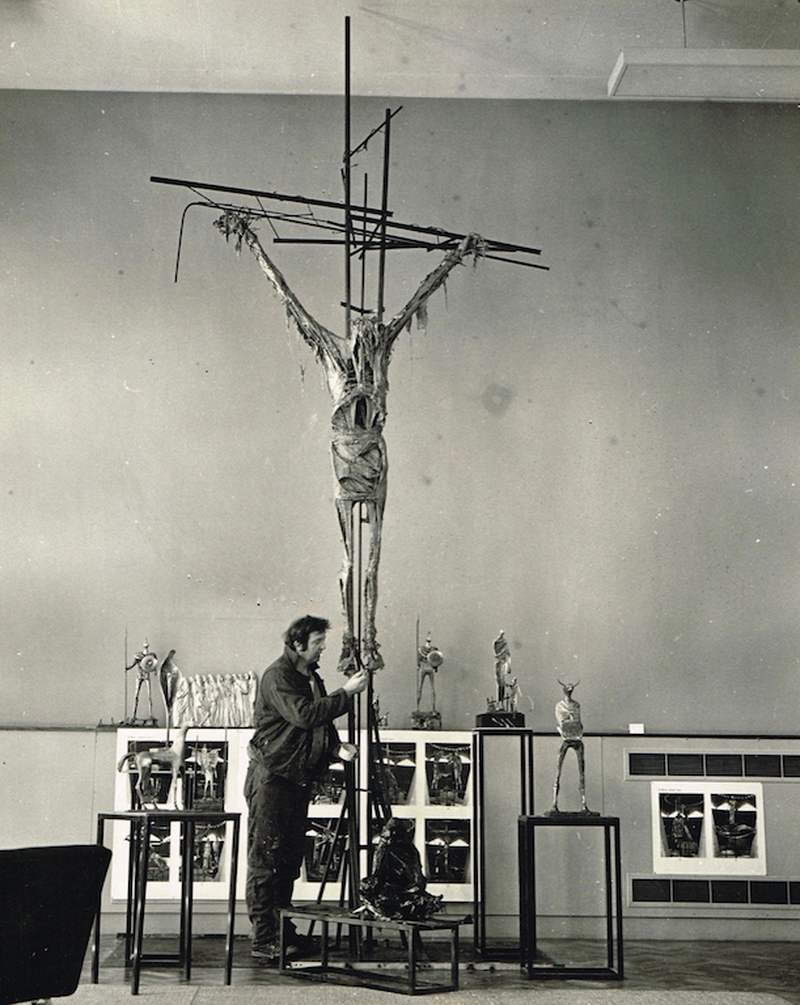 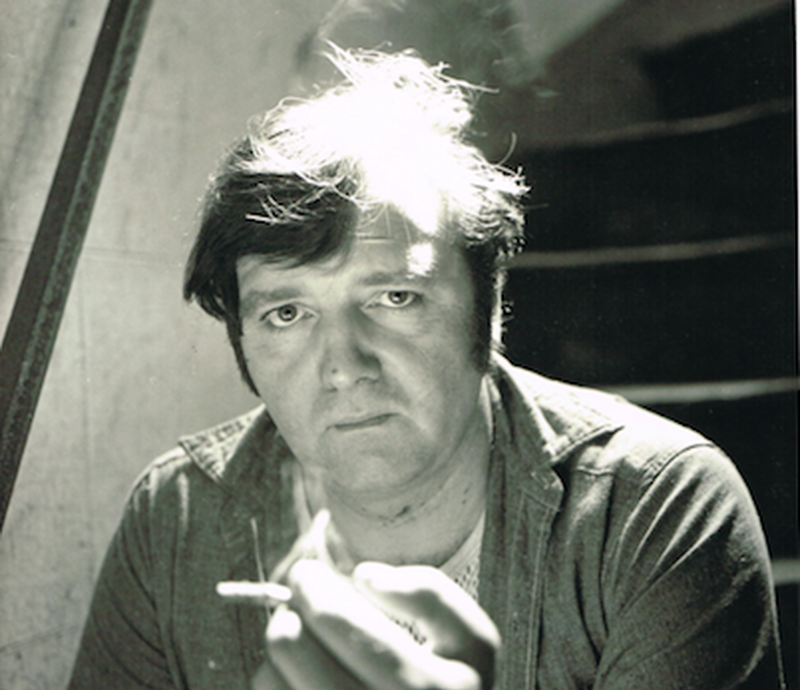 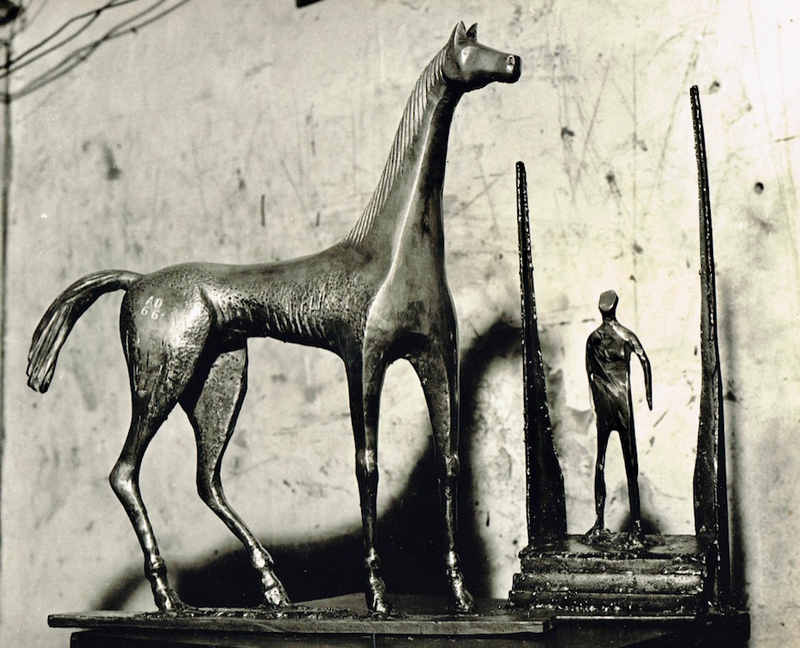