And a portion of egg fried lice please

TRADITIONAL British food and thoughts go to roast beef and Yorkshire pudding, or in Liverpool’s case a bowl of Scouse. Then there is the favourite enjoyed by millions, fish and chips.

This Thursday, though, a restaurant arrives in Liverpool with a menu that will have the Scores On The Doors inspectors perspiring with excitement.

The world's first Pestaurant will be open for one day only at the Atlantic Thistle Hotel, dishing up its tasty tit-bits, such as fried bugs, edible insects, salt and vinegar mole crickets, bbq mealworms and, as a dessert, chocolate-dipped ants.

It will be the first outing of the year for the Pestaurant following a successful trial event at the Science Museum in London. 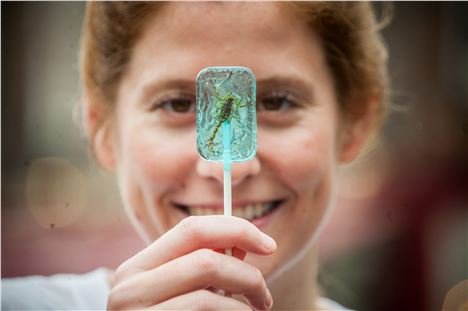 Pest control experts, Rentokil, the firm behind Pestaurant, hope its success will lead more outings for their pop-up restaurant in the UK as well as overseas.

So is there a reason for the launch of the Pestaurant? The idea was devised as a a PR puff to celebrate Rentokil's 85th birthday.

A spokesman for the company said: "For one day only, Rentokil will be serving up an array of exotic cuisine. The food is free and a number of experts will be on hand to discuss the food being served, answer any pest related questions from members of the public and pass on their 'top tips' for avoiding pest problems at work and at home. All are welcome to come along and sample a very unique dining experience, like no other."

The Pestaurant will be open for business at a day-long event (10am until 3pm) to highlight the work of the Mersey Port Health Authority. The authority keeps a watchful eye on shipping arriving in the busy Port of Liverpool for all corners of the world. It provides safeguards for human and animal health against the introduction of disease from outside the United Kingdom and European Union. 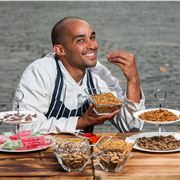 And while the Pestaurant may be a fun way of introducing creepy crawlies as modern food, it highlights a problem of feeding an ever growing population.

The Food and Agriculture Organization of the United Nations has produced a 200-page report in favour of humans eating insects as a new source of protein.

The UN report, 'Edible Insects: Future Prospects for Food and Feed Security' says it is widely accepted that by 2050 the world's population will hit 9 billion people, and to accommodate this number, current food production will need to almost double.