Alan Mcgee: 'Liverpool is best music city by a mile'

“LIVERPOOL is not stuck up like London,” Alan Mcgee says, “it's the best music city by a mile, that's the reason we do the club here.”

The Glaswegian founder Creation records was buzzing the morning after last Friday night's debut of 359, the monthly club event for his new label at District in the Baltic Triangle. 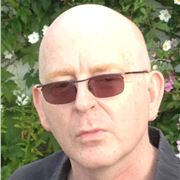 Alan McgeeAs if to confirm that the spirit of rock n roll is alive here and looking for a record deal, Mcgee was looking for a holdall: one big enough to contain a haul of demo CDs (main picture) personally handed to him by almost 100 hopeful music acts who had come from as far as Russia for the first of the regular monthly happenings.

Mcgee, who kick started the careers of Oasis and My Bloody Valentine, Jesus and Mary Chain and Primal Scream, told Liverpool Confidential: “I ended up with 97 demos of bands who had come from as far as Glasgow and two girls who had come from Moscow to the night. I might have a job getting all these CDs back home to Wales.

“The kids were great in the bands that came they all just want a fair chance to be heard." 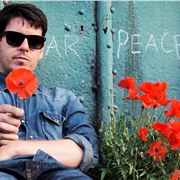 Chris GrantAnd like the Pied Paper, Mcgee is making plenty of noises to egg them on. The record label, 359 Music, a joint venture with Cherry Red “will be a launch pad for new talent and some ignored older talent”, he declares.

“We intend to release on average a dozen new bands per year every year - maybe more if I find a lot of new talent I like. Hopefully some of the artists will stick around and make numerous albums with 359 but some will go on to other things and that is just nature of the musical beast.”

Among the first signings on 359 are Liverpool singer-songwriter Chris Grant; 15-year-old folksinger John Lennon McCullagh who played on Friday at the former Picket, run by Jayne Casey. 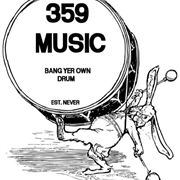 Mcgee said: “Keziah who played first who is 17 was astonishing and John Lennon McCullagh, who was 15, came straight onstage after supporting Babyshambles and nailed it for me. It was a very special night and Chris Grant who headlined is one of the great Liverpool songwriters. His album is truly up there with the best records I have ever released.”

Meanwhile Mcgee talks about his vision and belief for the new era of music in the short video, with footage from Friday night, below.

*The next 359 night takes place on October 4 and on the first Friday of the month thereafter. *Alan Mcgee's top five gigs of all time here