10 great things to do and see in Liverpool this month

When the late Tony Wilson described Shaun Ryder’s lyrical abilities as being “on a par with W.B. Yeats”, most assumed the Factory Records boss was just stoking the Happy Mondays’ hype furnace. But there always was a terrible beauty about Ryder’s writing, and when he linked up with ex-Ruthless Rap Assassin Kermit Leveridge to launch Black Grape in 1995, the pair delivered a funk-soaked album that was a blessed release from the black-music-blindness of much Britpop.

They’ll be writing on records at the Liverpool One HMV on the day the new album is released. Pop along and help put their Sharpie through its paces.

Arriving direct from the HMV shop where he’ll have been giving his writing arm a run out (see above), Shaun Ryder will also be appearing at the inaugural Hope & Glory festival. He’ll be joining his old mate-on-maracas, Bez, alongside Haçienda Classical, though organisers will be hoping they go easy on the pills and bellyaches.

The festival promises to make the most of the Victorian grandeur of William Brown Street, with the two main stages named ‘The Great Exhibition’ and ‘The Wonders of the Age’ respectively (rather than ‘Imperialism Rampant’ and ‘Death by Consumption’).

As well as the Haç orchestra, the line-up also features the likes of James, The Fratellis, Lightning Seeds, Public Service Broadcasting and Reverend & The Makers, with family activities and Victorian circus-themed fun and games also planned.

“Never ridden a penny farthing before?” ask the organisers.

“Course we have,” reply all the hipsters in Liverpool.

Last month, this column promised to leave off covering Beatles-related stuff for a while, but sometimes circumstance dictates that you have to go back on your word. And on this occasion, that circumstance involves a man, a tree trunk and a chainsaw.

Every Sunday throughout August, “award winning wood sculptor” Simon O’Rourke will be hacking away at lumps of wood in order to fashion the full Fab Four line-up. Beginning with Paul McCartney on August 6, he promises to deliver them one by one, finishing up with a bank holiday Lennon on August 28.

Visitors are invited to pop down to the Pier Head Village to see O’Rourke at work in his “purpose built arena”, before the sculptures are finally auctioned off for charity.

Organisers haven’t revealed which species of tree is being sacrificed for the project, but let’s hope it’s Norwegian wood.

In luvvie-speak, most of Liverpool’s conventional theatre spaces “go dark” for the summer. That means, basically, they don’t have anything on.

However, if you laugh in the face of weather forecasts and don’t mind packing clothes for every eventuality, the acclaimed outdoor theatre company Illyria brings its production of Arthur Conan Doyle’s The Lost World to Exchange Flags this summer.

Featuring “prehistoric thrills” and “life-size dinosaurs”, you might be forgiven for thinking the show is based on everyday life inside Liverpool Town Hall, in whose shadow the play will be performed. However, the zany council chamber antics might not be quite what the kids expect, so it’s just as well that Illyria’s story is about Edwardian explorers in a hidden corner of South America instead.

Genuine musical legends don’t rock up all that often, and when they do, it’s usually in an arena venue with all the warmth and soul of a cryogenic freezing room. So the chance to see the actual Roy Ayers up close and personal at 24 Kitchen Street is an opportunity worth grasping.

Originally a vibraphone-playing bebop jazz man, Ayers grew into a pioneer of jazz-funk and an array of other smooth soul sounds, inspiring everyone from head-nodding hip-hop fans to pointy-bearded acid jazzers along the way.

Having played alongside everyone from Fela Kuti to Masters At Work to John ‘Jellybean’ Benitez, he’s now going to play alongside Baltic Bakehouse too. Well, one street away. So buy a ticket, grab a croissant, and enjoy the vibes.

As Elvis Costello sang almost 40 years ago, “I don’t want to go to Chelsea”. Fortunately for him, the Southport Flower Show means he can get his horticultural kicks without ever entering south west London, and this year he might even catch TV’s very own John Craven and Charlie Dimmock opening the proceedings too.

The four-day event is expected to welcome over 50,000 people to what is the UK’s largest independent flower show, with organisers promising some possibly-to-be-expected floral displays along with a somewhat more unlikely Minecraft convention.

This year’s theme is “The Curious Garden”, a subject that will give exhibitors the chance to imbue their presentations with “a sense of mystery, wonder and curiosity”. Presumably this will be about labyrinthine paths and secret doorways rather than bodies under the patio, but you never know.

Until they bring out a Love Island-branded energy drink or some other marketing-driven calamity of that nature, it’s hard to think of a beverage more of-the-moment than gin.

It’s a fluid that’s long been associated with both Holland and England, but as the UK’s leading Catalan deli and restaurant, Lunya also stocks a range of Spanish specimens, some of which may well make an appearance at their next popular gin-tasting session.

“La ruïna de la mare”, as they probably don’t call it in Catalonia (though it is what Google Translate delivers in response to the phrase “mother’s ruin”) will be accompanied by a range of treats from the deli counter and kitchen, and ticket holders will also be able to claim a discount on any bottles they buy on the night. 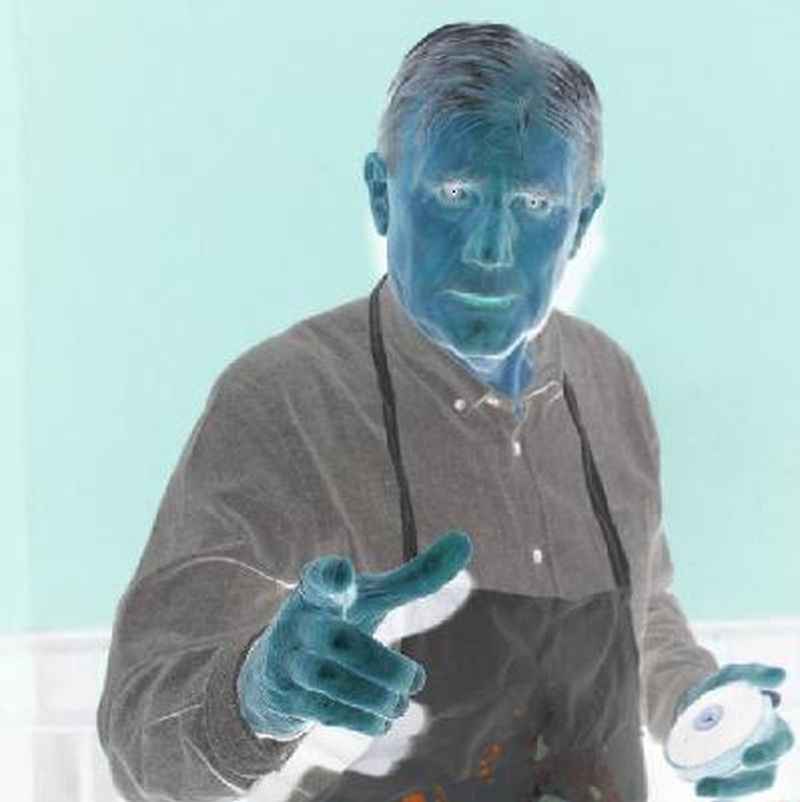 It’s no surprise that Robert Tressel’s great socialist novel, originally published in 1914, should reappear as a stage play every time there’s a widening of Britain’s class divide.

There were several versions during the 1980s, with one successful touring production being directed by a young Stephen Daldry in the days before he hit the Hollywood big time. And here it is again, this time performed by Liverpool’s Merlin Productions in the Black-E’s Chamber Theatre.

As the production blurb puts it, “the story concerns a group of Edwardian working men who struggle to survive in a climate of greed, low pay, bullying foremen, debt, poor housing, unemployment and abject poverty.”

Quite what makes it seem relevant today is anyone’s guess.

In the old days, bands of a psychedelic persuasion used to sport names like Peppermint Molten Bootstraps or Shadrack’s Gigglesome Teapot. Back in 1967, it really wouldn’t have done to turn up at your local underground freakout and announce that your name was Pond.

Times change though, and Liverpool’s esteemed International Festival of Psychedelia is treating cosmic travellers to an early glimpse into the pulsating void this year. This gig is something of a curtain-raiser for the main event at the end of September, but that doesn’t mean it skimps on the psych.

Pond, no doubt performing tracks from their recent release The Weather, will also be joined by Chris Forsyth and The Solar Motel Band, a group who make at least a token attempt to live up to the psychedelic band name tradition of old.

Berlin has reigned supreme as the world’s anything-goes clubbing capital for years now, and for most of that time, Marcel Dettmann has been the resident DJ behind the tightly guarded doors of its most famous venue, Berghain.

Although getting turned away by the notorious Berghain door staff is a clubbing rite of passage, Dettmann’s touring schedule means the world does still get a chance to experience his pulsating, pounding sets at reasonably regular intervals. And this August, Liverpool promoters mUmU are bringing him and fellow Berliner Answer Code Request to the Great Baltic Warehouse for a bank holiday all-nighter.

Not that a UK-style all-nighter is going to test Dettmann’s endurance in any way. Back at Berghain, his usual weekend sets don’t finish until 10am each Monday morning. And even the Smokie Mo’s regulars would struggle to party that hard.