NOT so long ago, it was rare for discussions about the architecture of the 1960s to occur without the word “monstrosity” being thrown around freely. Few cultural artefacts seem as unfashionable as those from the recent past and, with the much-discussed decade still visible in the rear-view mirror, there was a widely accepted sense that its buildings were one of history’s great mistakes.

However, as the intervening years fall away, it’s much easier to separate the modernist wheat from the concrete chaff. Now that the schemes of the 1960s and 1970s represent a past we’re in danger of losing rather than the future blueprints they were intended to be, many of them have enjoyed new-found popularity. Modernism fan clubs and brutalism-loving Twitter accounts abound.

In Liverpool, the era’s crowning architectural achievement must be Frederick Gibberd’s spectacular Metropolitan Cathedral of Christ the King. Named by John Grindrod, author of Concretopia, as one of the ten buildings that changed post-war Britain, it has never looked better than it does today. And as it’s about to turn 50, it surely deserves a bit of a knees-up in its honour.

Not that Paddy’s mighty wigwam is going to be satisfied with a plate of vol-au-vents and a glass or two of communion wine. Instead, and in keeping with its future-probing form, it will next week play host to a pioneering piece of experimental music – introduced by Jarvis Cocker no less – with an authentic 1960s provenance of its own.

Pierre Henry’s Messe de Liverpool (or The Liverpool Mass) was composed for the cathedral’s inauguration in 1967, but due to a historical hiccup, it wasn’t ready and had to be replaced by another piece of music. However, on Saturday May 13, it will finally be heard in the space for which it was created.

When its staccato grunts, recitations, utterances and chimes ring out across the stained-glass-dappled interior, it won’t simply be a performance of some avant-garde music in a church. In many ways, it will be modernism’s revenge. 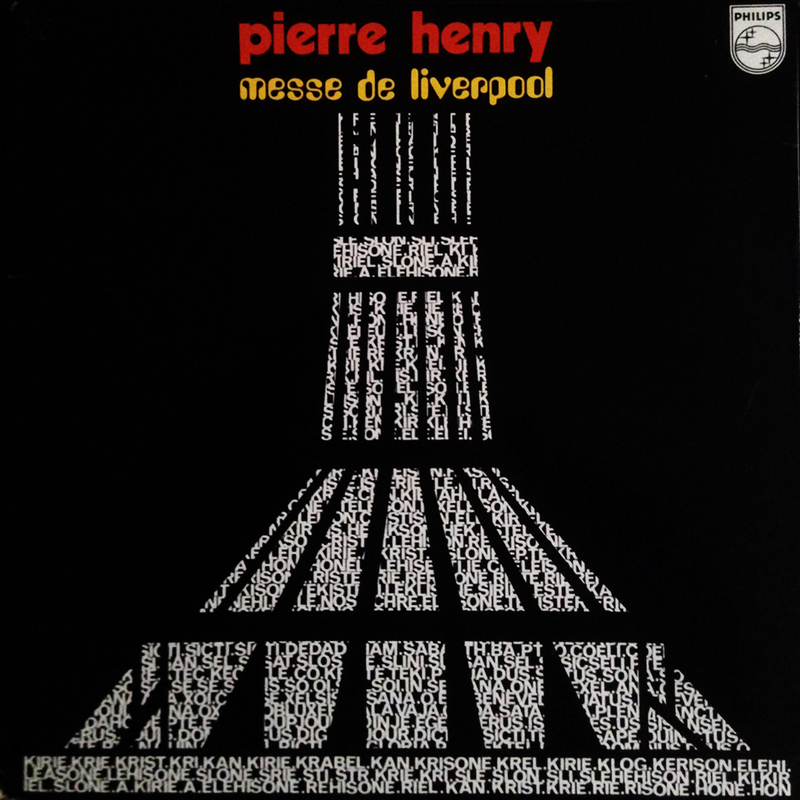 Appropriately enough for this high temple of concrete, Henry is a pioneer of “musique concrète” – a form of composition featuring sounds derived from the natural environment, often treated electronically. Highly experimental, the genre has nevertheless exerted a significant influence on the more adventurous end of the pop spectrum, and Henry, now 89, has even been cited as an influence on dance culture thanks to his track Psyché Rock.

Not that The Liverpool Mass will have the crowd breaking out the disco wafers and sharing bottles of holy Evian water as they work themselves into a dancefloor frenzy. In keeping with the majestic surroundings, the piece is sparse and atmospheric, and with 40 speakers arranged around the cathedral’s interior, the effect is likely to be celebratory in a reflective kind of way.

The event is being organised by the Bluecoat as part of its own 300th birthday celebrations, and will be the first time the piece has been presented with Henry’s co-operation. On this occasion, it will benefit from a new sound design and live mix by Henry’s collaborator, Thierry Balasse, along with an accompanying set of contemporary electronic responses by Vincent Epplay and Samon Takahashi.

And then there’s Jarvis of course, now settled into corduroy-clad comfort but still straddling the popular and the avant-garde, the space age and the here and now, with shows like Sunday Service on 6 Music and Wireless Nights on Radio 4.

According to Bryan Biggs, the Bluecoat’s artistic director, “It is fitting that Jarvis – an advocate for music that dares to experiment, is audacious and explores new forms – is joining us on what promises to be a memorable evening in the splendour of the cathedral.”

For Henry himself, the event brings the piece’s 50-year story to a close.

"I am particularly delighted that The Liverpool Mass should at last be performed in full in the extraordinary space which it was initially composed for,” he says.

“Since I wrote the piece 50 years ago, it has become something of a musical myth, closely linked with this cathedral. I am very proud to take part in the celebrations for its historic 50th anniversary.”

And just to make sure every concrete connection is covered, the Bluecoat is also organising a number of other events designed to give Hope Street’s star-gazey spaceship the credit it’s due.

On Friday May 12, a symposium called Concrete Utopias: Metaphor and Material takes place at the Bluecoat itself, while a Brutalist Liverpool walking tour the following day will enable enthusiasts to see the city’s unfriendlier edifices anew – presumably while wearing grey-tinted specs.

The Liverpool Mass takes place at Liverpool’s Metropolitan Cathedral on Saturday May 13. Find more information about the performance and related events here.