12 new Liverpool bars and restaurants to fuel your festivities

IS it just us or is Liverpool like the Mary Poppins bag of the square footage world? It just keeps on giving us brand-spankin’ new bars, restaurants and venues even when we think it couldn’t possibly squeeze any more in. Anyway, instead of prattling on, let’s get down to the city’s newest eateries and watering holes that you need to know about, including its first boutique bowling alley and a late-night venue called Balls Deep…(no, really) 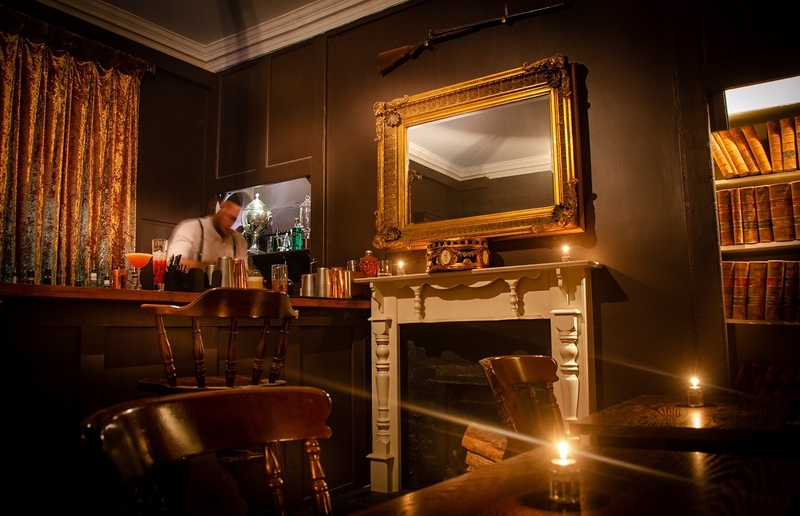 While fresh young whippersnappers think they’re such seasoned liquor-sippers, hopping from bar to bar, ordering cocktails they have to ask Siri to pronounce, they've got nothing on their Victorian predecessors. Duke Street’s new Oracle Bar launches to carry the torch for their legacy. Described as a ‘haven for the brave’, the 1800s-themed bar has opened in a former merchant house, complete with marble fireplaces, laidback furniture and candlelit atmos. A list of classic cocktails – including a traditional absinthe fountain dubbed ‘The Green Fairy’ – is complemented by various games rooms, paying homage to the debauched gambling dens of the era. Guests who obey the House Rules can get up close and personal with the inhouse magicians performing sleight-of-hand trickery and psychological illusion. Absinthe and mind-bending magic… what could possibly go wrong? 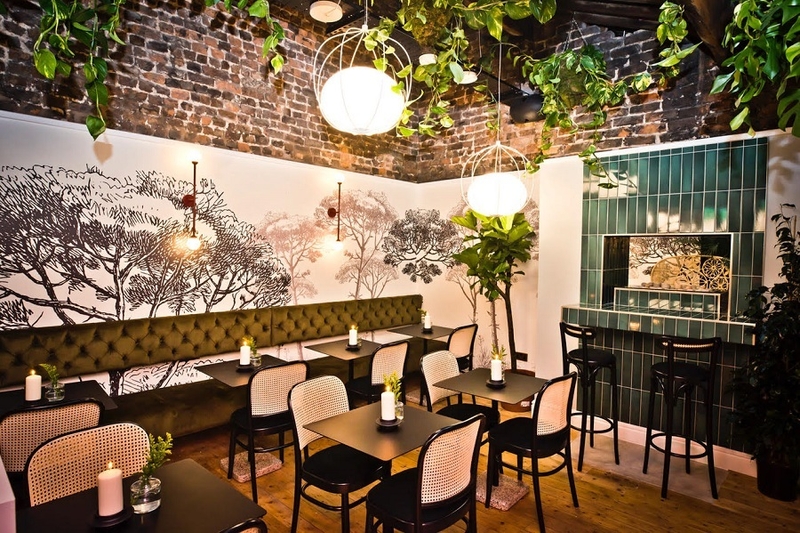 What - The Butterfly and The Grasshopper

If you’ve wandered around the Oldham Street or Renshaw Street area recently, you might have noticed that The Roscoe Arms pub is getting a facelift. It’s all part of a £750,000 refurb of the venue and with it comes a charming and alluring rebrand. The restaurant and bar gets its name from a children’s story written in 1802 by Liverpool MP and acclaimed author William Roscoe. The Butterfly’s Ball and the Grasshopper’s Feast tells the story of creepy-crawlies who emerged from the woodland at dusk to dine and dance the night away. Guests are invited to make like Roscoe’s menagerie in tucking into a menu from land, earth and sea and whiling the hours away in the botanical top floor gin and cocktail lounge. A curated cocktail menu, digital wallpaper merging tech and nature, as well as a hidden garden restaurant are all part of the charm.

One venue, two floors, five independent businesses – you do the maths. If any of the other multi-vendor sites that have taken the city by storm over the past few years are anything to go by, Collective is going to settle in just fine. The dilapidated building is being transformed as we speak into a design-led space inspired by Liverpool’s rich history. It will eventually be home to a wine bar, a cafe, a speakeasy and a few other surprises that the owners are keeping up their sleeves for the time being. What we do know is that the main bar will take on a Victorian parlour theme and offer a fine selection of crafted drinks. 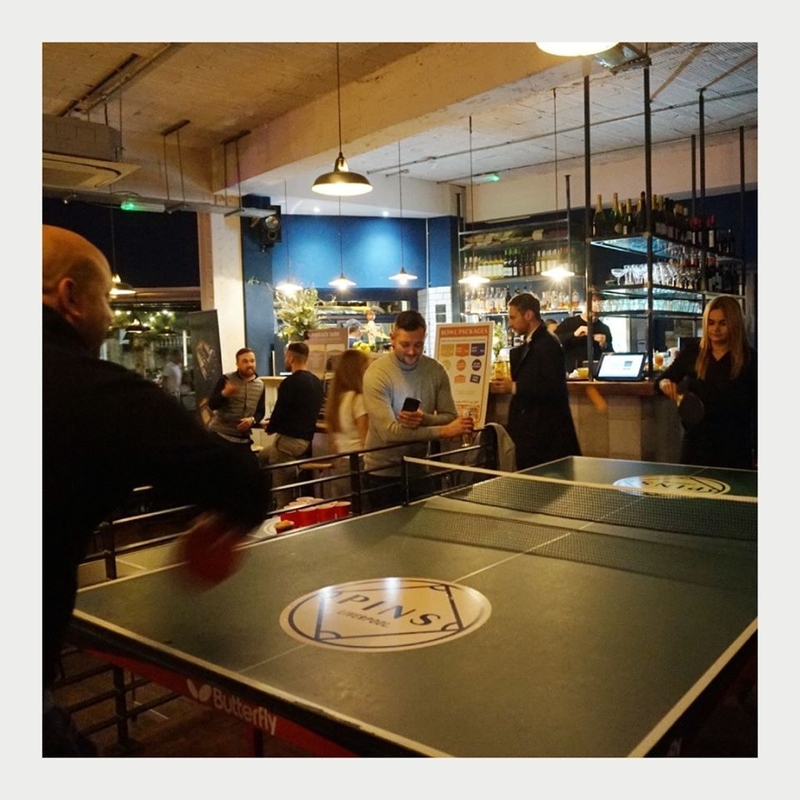 They say that with every cloud comes a silver lining so when Rocket & Ruby announced that it would be closing its Castle Street restaurant, we waited with baited breath for the consolation prize. Cue the announcement of PINS – a bar, boutique bowling alley and street food vendor occupying the industrial-cool Duke Street Warehouse. Tenpin bowling alleys, shuffleboard (among other games) and an urban food menu in collaboration with the brains behind Rocket & Ruby and Bacaro Pizza come together to make recreational time more wholesome. 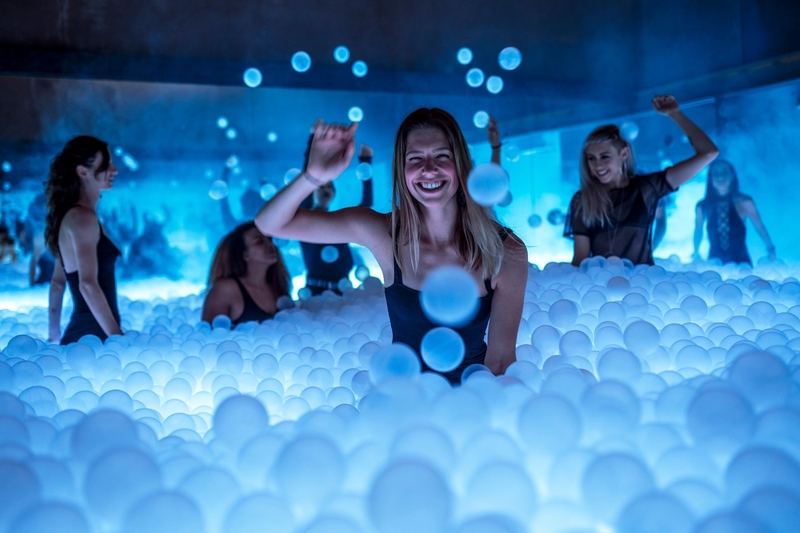 Where - A secret location on Seel Street, L1

Hands in the bucket if you agree that there aren’t many other cities in the world that could get away with having a bar called Balls Deep… Oh, Liverpool, how we love thee. This rather lewd but literally named establishment brings a taste of the trend for adult ball pools to the city and, well, stranger things have happened here. Neighbouring the recently opened Only Fools Bar and entered through a secret entrance somewhere along Seel Street, the venue features a custom-built ball pond with a swing, ping pong tables and an array of retro arcade games. To get the juices flowing is a selection of ‘colourful cocktails’ in ‘creative glassware’ – looks like Charlie Chalk finally hit puberty. 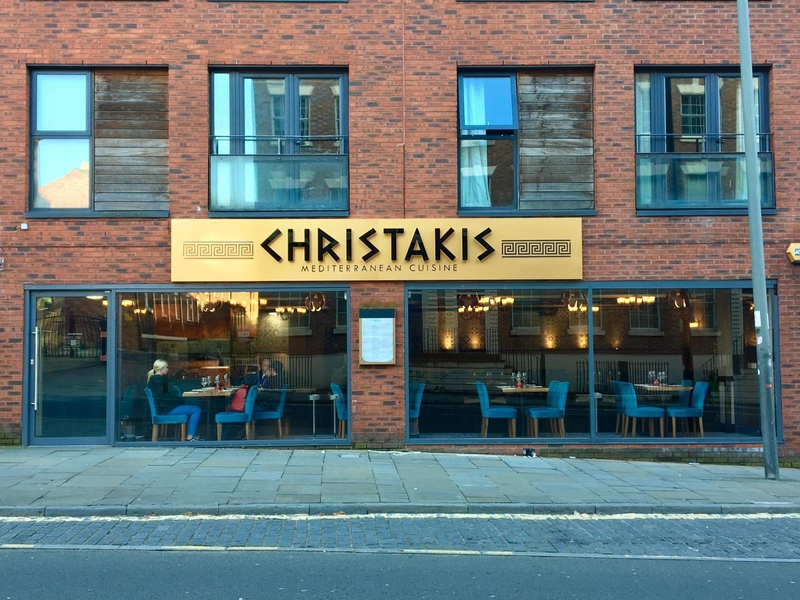 Yeah, we know, Christakis is old news. The family-run restaurant has been fuelling get-togethers, nights out, dates, double dates, blind dates and midweek munchies for many, many a year now. In fact, Christakis should probably have some sort of public service accolade at this point. The reason why it’s featuring in our round-up this month, though, is because ‘Liverpool’s legendary party venue’ – as it so boldly dubs itself – has moved to a brand-new city-centre venue on Duke Street. Expect all the same delicious Greek and Mediterranean goodness with the addition of live belly dancing and a DJ till 2am. 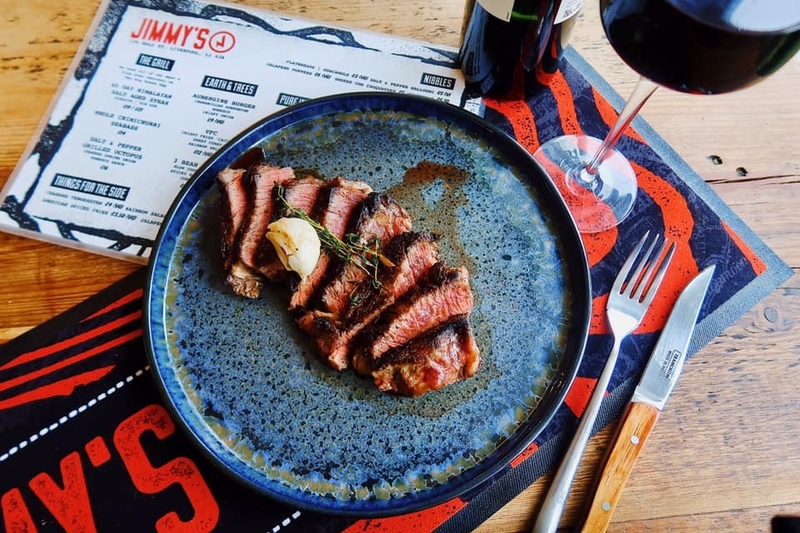 Remember earlier this year when we grilled Jimmy’s co-owner George Craig about what we could expect from the rock’n’roll bar’s food offering? Well, concept has become reality and Jimmy’s restaurant has finally opened its doors, complete with those unbeatable views of the Bombed Out Church. George told us all about ‘the big green egg’ grill and how he wanted to create epic comfort food and ‘the best Sunday roast in Liverpool’ so we guess now the proof is all in the pudding. The drool-worthy menu has a South American flare and gives classic plates Jimmy’s customary retro spin. Think grilled meats, fresh fish, tacos and a whole raft of vegan and veggie options. 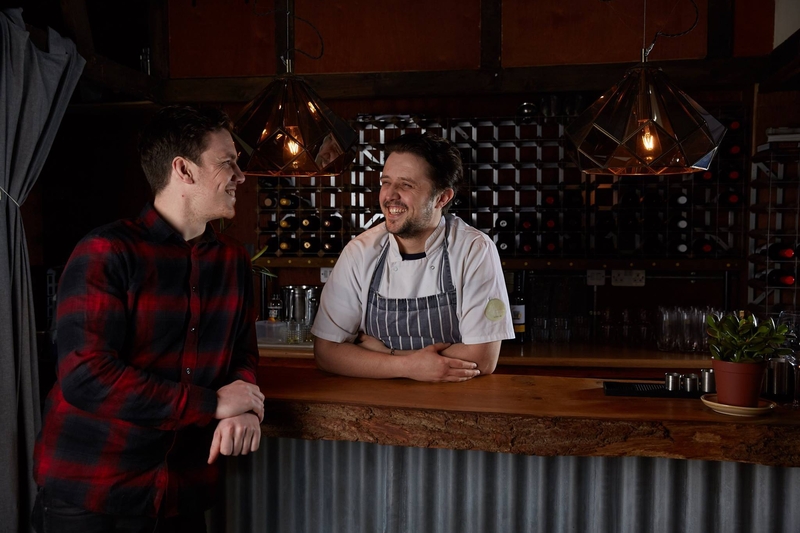 We might have a little while to wait for this one yet but the Barrie brothers have finally announced the name and opening date for their new North West restaurant. Great British Menu star Ellis Barrie opened his first restaurant (Marram Grass) with brother Liam on their parents’ camping site in Anglesey. In the New Year, the boys will be launching Lerpwl – pronounced ‘Ler-pool’ – on the city’s iconic waterfront. Stealing its name from the Welsh for Liverpool, the high-calibre eatery will be marrying Welsh produce with ingredients and flavours from all around the world. The main part of the venue will comprise a 45-cover restaurant, while the upper deck will house a 20-seat private dining experience with its own exclusive chef and kitchen. Expect an ‘electric soundtrack’ Thursday through Saturday from the resident mezzanine DJ. 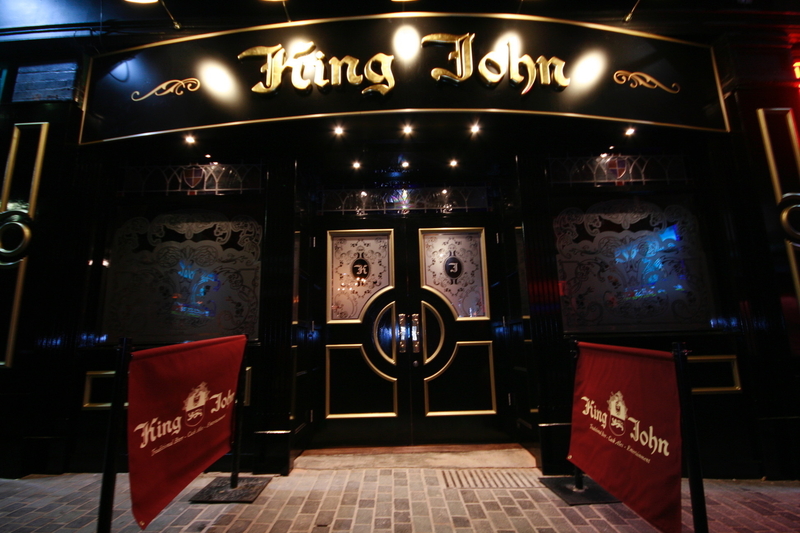 Now, we know Mathew Street in the early hours isn’t for the fainthearted, but whether you’re (wo)man or mouse, we imagine a trip to its new medieval-themed drinking established will be an experience to remember. Named after King John – the fella who supposedly founded ‘Liuerpul’ as a town back in the day on his Royal Charter – this place will be embracing all things ye olde worlde. Situated inside the Rubber Soul complex, the traditional old English pub will be serving up everything from beers and cask ales to whisky, gins and everything else you might have expected at Geoffrey Chaucer’s local. 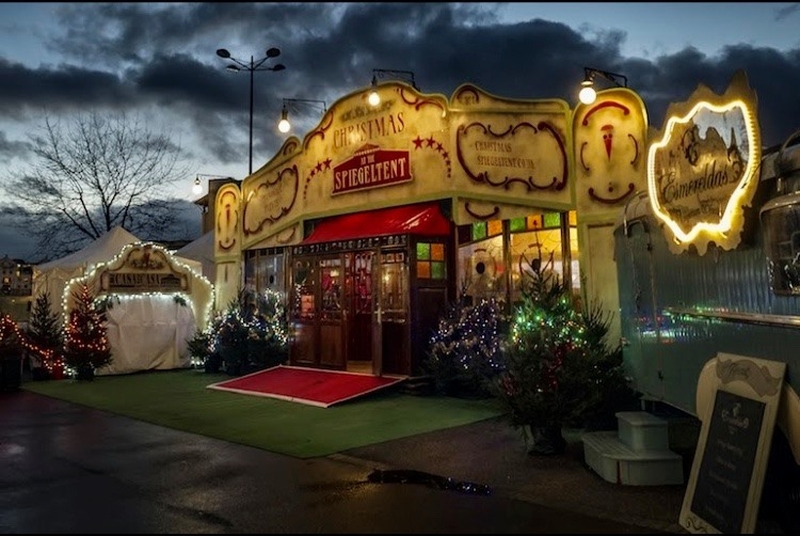 This month, the Baltic Triangle continues its development with the intriguing addition of the Christmas Spiegeltent. Translated into English as ‘mirror tent’, this type of venue was a concept brought to life in late 19th-century Belgium. These colourful tents housed all manner of soirees and shindigs, from live bohemian entertainment and masquerade balls to hedonistic dinner parties and travelling dance halls. Throughout the 2019 festive season, the wood-panelled tent in Cains Brewery Village – with its decadent stained glass, draped ceilings and beautiful bevelled mirrors – will deliver the ultimate party venue with a difference. Book your own knees-up here or stay on top of the eclectic events schedule, which is currently teasing a family-friendly circus skills workshop, a drag pageant and a number of Sunday Roast Socials. 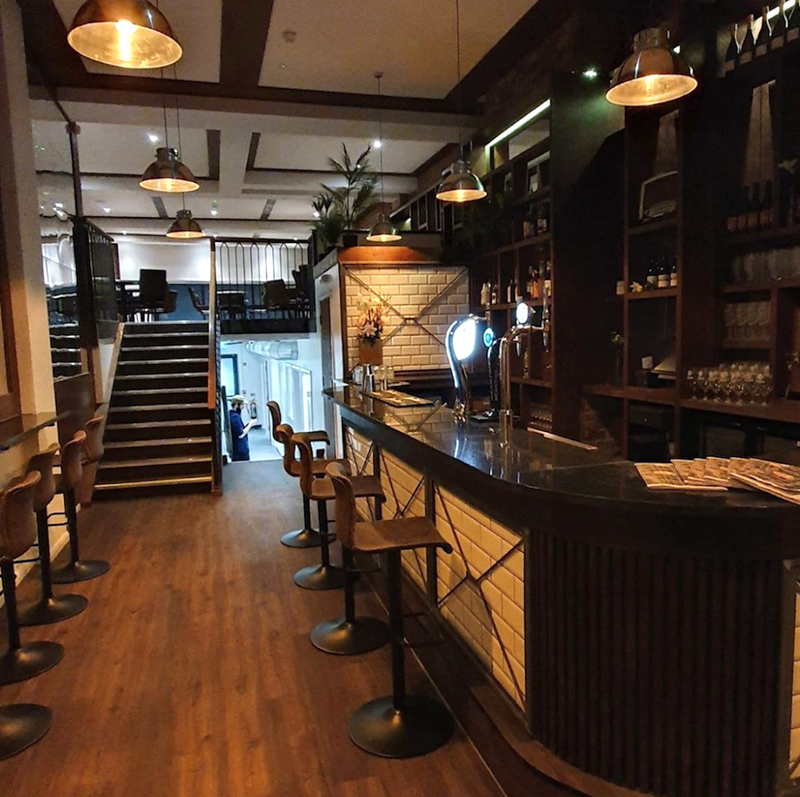 You know how cool Clockworks in Wolstenholme Square is? That industrial-style bar and restaurant over the road from where Cream nightclub used to be... Well just last week they soft launched a sister venue right next door going by the name of Stonecutters. Following in the same raw, urban aesthetic, it will be quite apparent that the venues are related but when it comes to the food and drink, Stonecutters will have its own little niche. The new kid on the block will be specialising in stonebaked pizzas and wine - a more sophisticated affair when compared to the hearty comfort food being dished out by its older sibling. As the regeneration of Wolstenholme Square continues to unfold, it's exciting to get another sneak peek into what the future has in store for this legendary part of the city. 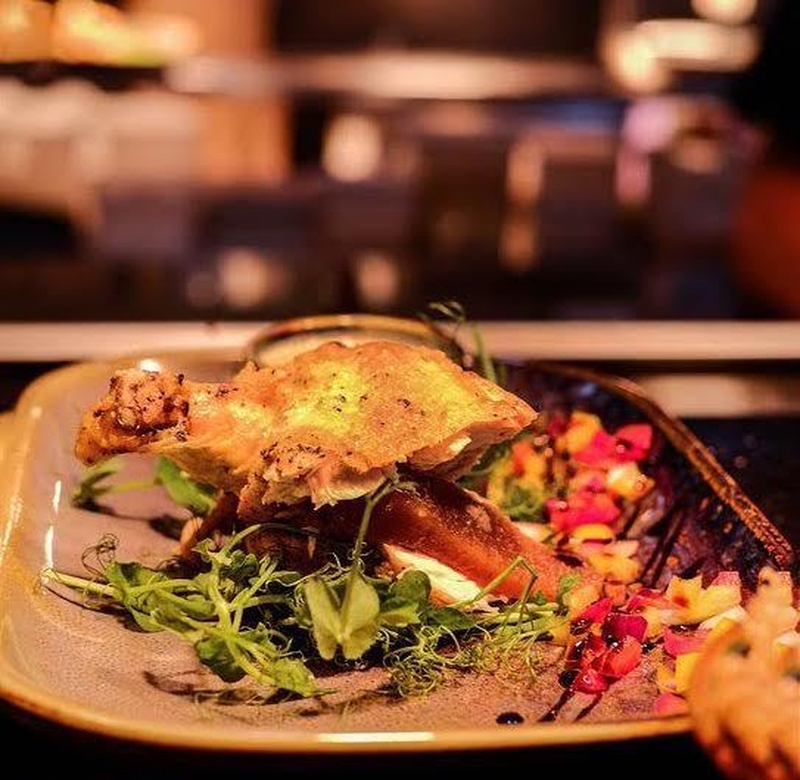 If you fancy stepping a little outside of the city centre, there are plenty of pockets on the outskirts just bursting at the seams with edible potential. Woolton is a burgeoning hot spot on the wider Liverpool food and drink scene and next to join the rabble is El Nido - a small plate restaurant inspired by contemporary Spanish recipes and flavours of traditional European tapas. Expect craft beers, speciality wines, bespoke cocktails and mouthwatering plates such as Filet Tournedos on a truffle-toasted crouton with chicken liver pate and a rich Madeira sauce. Veggies, just hold your horses because there will be plenty to tempt you too, - like the honey glazed baked figs with goats cheese and sticky sweet pomegranate. Was that thunder or your stomach we just heard rumble all the way from Confidentials HQ?