Following the reveal of the acclaimed fashion and photography exhibition VOGUE 100: A Century Of Style at Manchester Art Gallery this year, it appears the city has received a high-fashion kudos, and is to host a series of exclusive fashion events with some of the industry's most prominent names from now until 30 October. 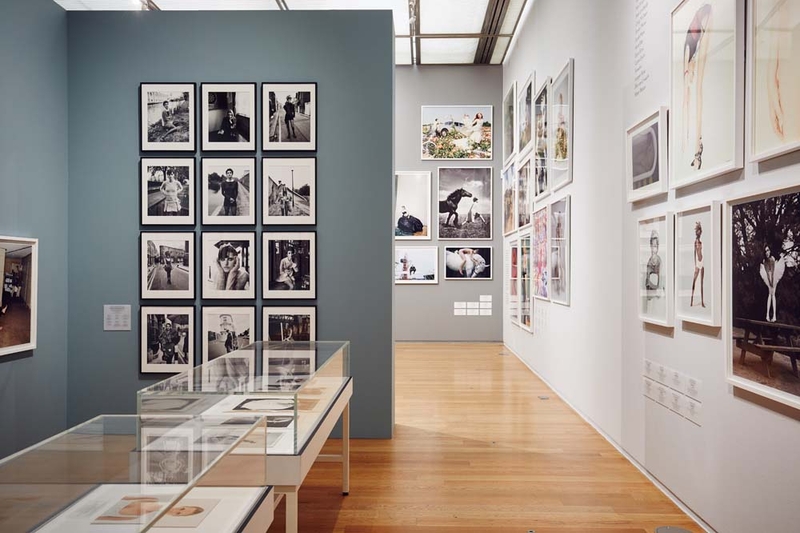 The events are also further inspired by Fashion & Freedom, which features original designs by Vivienne Westwood, also at Manchester Art Gallery, as part of 14-18 NOW the UK’s arts programme for the First World War Centenary.

The season promises to give unrivalled access to some of the leading names in British fashion, with designers such as Sadie Williams, SHOWstudio and fashion writers including Frances Corner, head of the London School of Fashion, Jo Ellison, fashion editor at the Financial Times, also making hotly-tipped appearances.

Thames & Hudson book Why Fashion Matters, this lively panel debate gets to grips with our love-hate relationship with fashion. On the panel is a range of voices from across the fashion and style spectrum: Naomi Shimada, the New York-based model, presenter and columnist for InStyle UK; Alexandra Stedman, the stylist, art director and editor of The Frugality blog; theGuardian writer and co-author of the Vagenda book and blog, Rhiannon Lucy Cosslett; and photographer Nina Manandhar, author of What We Wore – A People’s History of British Style

Meet the Founder of Self-Portrait

Experience an exclusive evening with the man behind the rising contemporary fashion label, Self-Portrait. Han Chong himself will visit Selfridges Exchange Square’s new Contemporary Studio on 3 for an intimate evening focusing on one of fashion’s most successful labels. Guests can enjoy complimentary cocktails, sweet treats and live entertainment.

A panel debate held at Manchester Art Gallery, in the atmospheric surrounds of the Vogue 100 exhibition itself. Led by Caroline Rush, chief executive of the British Fashion Council, this panel debate tackles the issue of women in work – and why women are still judged not only by the quality of their work, but by what they wear. On the panel are some of the biggest names in fashion journalism: former Vogue writer and now fashion editor of the Financial Times, Jo Ellison; and the editor-in-chief of Dazed & Confused, Isabella Burley.

An intimate in-conversation with one of the giants of the British fashion industry, BritishVogue's editor-in-chief, Alexandra Shulman; she speaks to Jo Ellison (fashion editor,Financial Times). 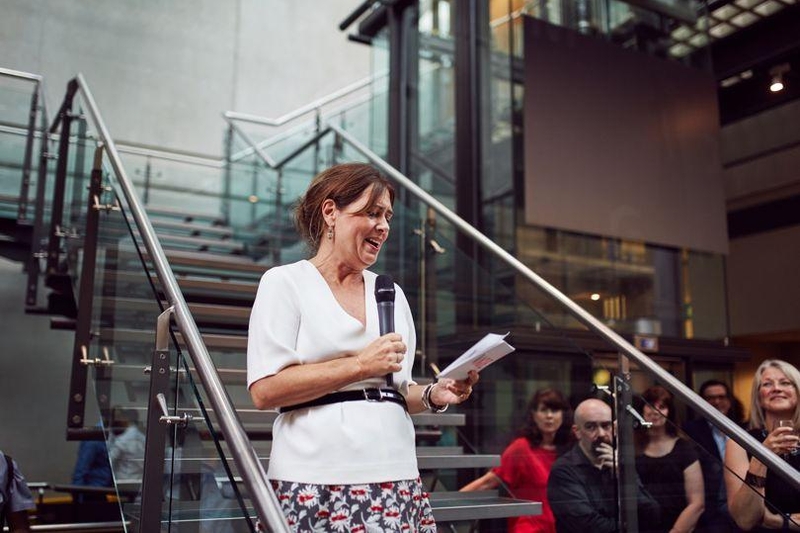 Fashion is Work: Industry Insights and Inspirations, in partnership with 14-18 NOW

Direct from the National Portrait Gallery in London, Vogue 100: A Century of Style showcases the remarkable range of photography that has been commissioned by British Vogue since it was founded in 1916, with over 280 prints from the Condé Nast archive shown together for the first time to tell the story of one of the most influential fashion magazines in the world. Sponsored in Manchester by Property Alliance.

Co-commissioned by 14-18 NOW and Manchester Art Gallery, Fashion & Freedom features new fashion and film inspired by women during the First World War. Original designs by Holly Fulton, Roksanda, J JS Lee, Vivienne Westwood, Emilia Wickstead and Sadie Williams feature alongside new film from SHOWstudio and Luke Snellin and works by the next generation of fashion talent – all influenced by the fashions and freedoms worn and won by women in 1914-18. 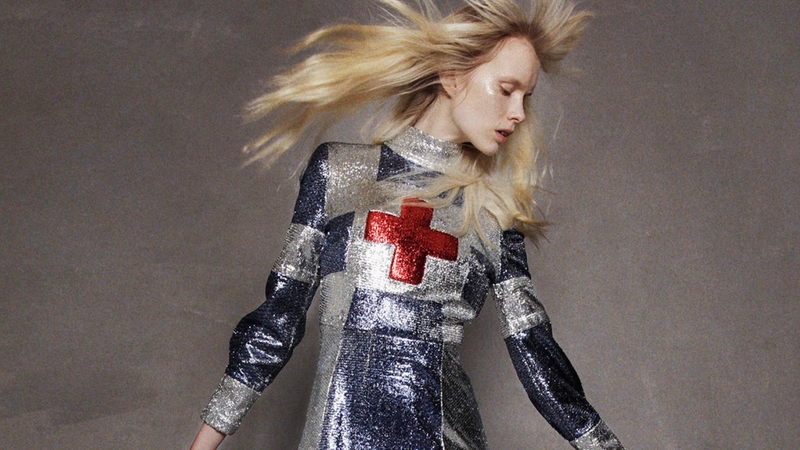 Dark Victory 1939-45: When Vogue Came of Age, in partnership with the National Portrait Gallery

The war years were the making of British Vogue. At Britain’s darkest hour the quality of its war coverage, both at home and abroad, set it apart. Robin Muir, the National Portrait Gallery curator of Vogue 100: A Century of Style, assesses the impact of the war on the magazine, focusing on the work of Norman Parkinson, Cecil Beaton and Lee Miller. Organised in partnership with the National Portrait Gallery.

The photographers of the 1960s didn’t just capture the exhilaration felt around them, they created a visual revolution. Learn more about the direct, dynamic approach of photographers such as David Bailey and Terence Donovan, whose work encapsulated the vibrancy and style of the 1960s. Part of the Thursday Lates event.

Manchester Gallery continues its popular late night opening series with an evening dedicated to fashion. Alongside the Women in Work panel debate, this is your chance to see its two fashion exhibitions, Vogue: A Century of Style and Fashion & Freedom, at your leisure. Take a free guided tour of Vogue 100 (6.45pm) or take advantage of our evening menu in the Gallery Café. 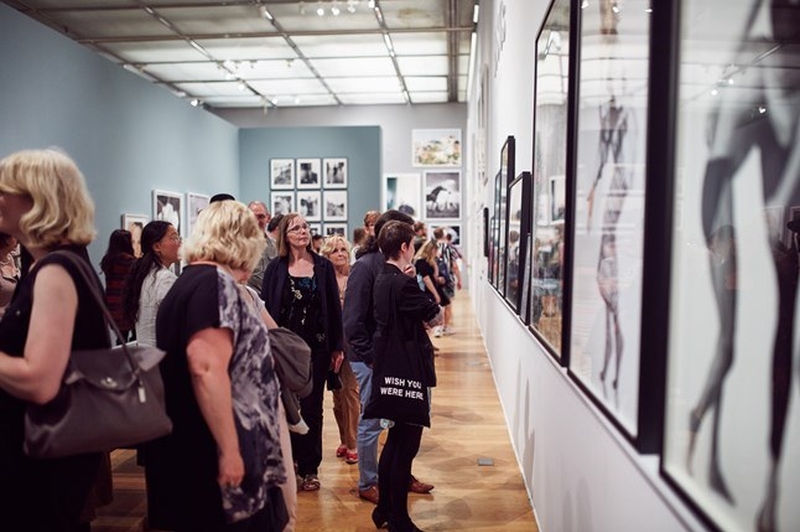 In association with the exhibition Fashion & Freedom, Dave Haslam presents an evening talk illustrated by music and images. Haslam has written about the cultural changes brought about by and after the First World War in his latest book Life After Dark, especially the causes and effects of the boom in jazz and going out dancing. Dancing was seen as a female pursuit and some cultural commentators worried about the emasculation of a whole generation of men because they were getting attracted in the 'female space' of Mecca ballrooms. Dancing influenced fashions, with lighter fabrics designed with movement in mind, and cheaper fabrics created to provide outfits for less well off women who were enjoying an active social life.

Novelist, poet and playwright Deborah Levy has been commissioned by Manchester Literature Festival to respond to Fashion & Freedom. Co-commissioned by 14-18 NOW, the exhibition explores the impact of the First World War on the changing role of women and fashion. Deborah is the author of the short story collection Black Vodka and five novels includingSwallowing Geography, The Unloved and Swimming Home. Her latest novel, Hot Milk, is a bold and sensual exploration of family, identity, female rage, desire and sexuality. The Sunday Times described Deborah as ‘an exciting writer, sharp and shocking as the knives her characters wield.