'Expectations were low... we were wrong' - Vocation & Co Review

The Calder Valley is easily reached from Leeds, hence a strong commuter demographic, but the traffic is two way, not just for those keen to keep curlews company across the Pennine crags but also because of the increasingly confident food and drink offering. Two of its restaurants made our Top Five for 2017 – Gimbals in Sowerby Bridge and the Hinchliffe Arms in Cragg Vale.

Hebden Bridge, where Sixties hippies once rubbed shoulders with fustian weavers, Rechabites and men with Bernard Ingham eyebrows (and prejudices), these days caters for weekenders with its plethora of casual cafes. Vegans, cakeheads and dog lovers (try the Lamppost Cafe) need not feel excluded, but there’s been no serious cooking going on.

The first ‘Pulpo & Prawn’ (£5.50) offered deep fried prawns in ensenada batter alongside braised octopus with a sharp, fresh pico de gallo salsa. Fine, but the chestnut mushroom taco (£5), our concession to Veganuary was different league, the pungency of roast peppers, jalapenos and densely caramelised shallots calmed by the scattered curds of home made queso fresca.

For the £8.50 pudding sharing board mango joined passion fruit in a creme anglaise to dip our pudding churros in. There was also a pot of rich chocolate sauce that wasn’t really. Such a sugar hit belongs at breakfast really, but it did go well with that tonka bean porter. 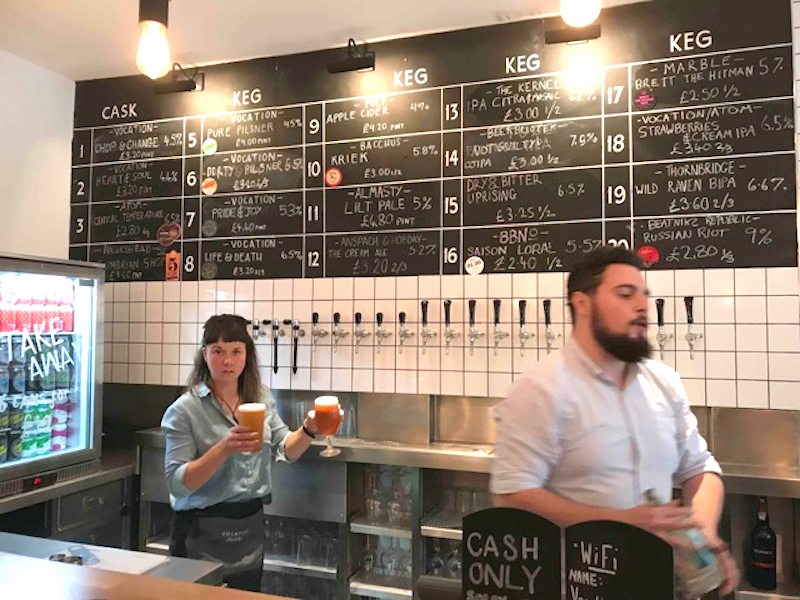