Plans to redevelop the site of the former Tetley Brewery in the south of Leeds City Centre have been approved by the City Council.

International property investment company Vastint purchased the 16.5 acres of land between Crown Point Road, Waterloo Street, Meadow Lane and the A61 in 2015. Last year they submitted plans to turn it into a multi-purpose hub, creating around 850 new homes, almost 1 million sq ft of office space, and over 150,000 sq ft for mixed retail and leisure use, including space for shops, restaurants, and bars.

As well as the new-builds, the plans include dedicating around one third of the site to a “thoughtfully designed” city park, providing Leeds City Centre with some much-needed green space. The Tetley itself - the historic former brewery still owned by Carlsberg-Tetley - is expected to continue operating as a bar, restaurant, and events space. 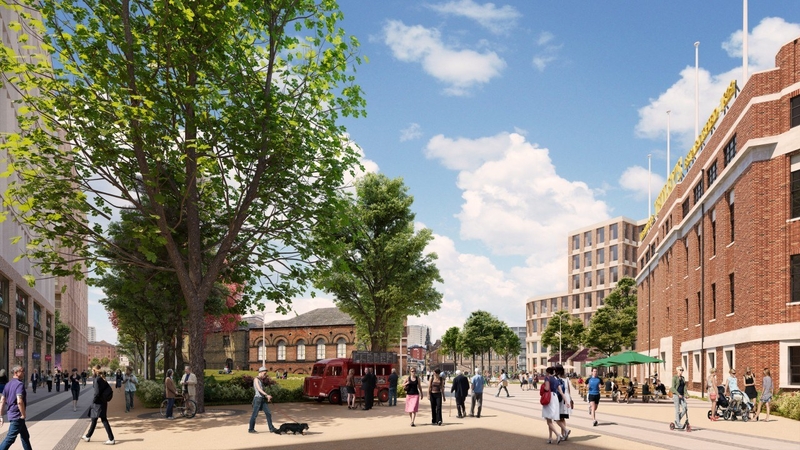 The scheme was finally approved by Leeds City Council yesterday, “deferring and delegating” final sign-off by the chief planning officer pending the resolution of some small details.

“We’re confident that the proposed development of this historic part of Leeds will bring forward huge benefits to the area and create a bustling hub of activity.”

“We’re confident that the proposed development of this historic part of Leeds will bring forward huge benefits to the area and create a bustling hub of activity.” said Vastint managing director Andrew Cobden. “It has been less than two years since we bought the land and in that time we’ve been shaping a careful and considered masterplan that reflects the wishes of the council”

"We're delighted to have worked so closely with the City Council to crystallise our combined vision for the site and are keen to be able to press on with the next phase of design work.” he added. “We have been impressed with how the council have embraced the regeneration of this large-scale, complex project and how hard they have worked with us to balance the needs of the local economy, the community and to prioritise placemaking."

Manchester to Leeds in 33 minutes, but what about the other rail improvements?
What you say
Read Next
Web Design Manchester MadeByShape