Which monthly subscription boxes are worth answering the door for?

Who’d have thought, all those years ago when Graze started off, that putting a few seeds and raisins in the post would spark such a phenomenon? Product subscriptions have come a long way since Britannia Music Club lured in unsuspecting customers with £1 Lighthouse Family CDs in the 1990s, and it’s now a multi-billion pound industry worldwide, offering subscriptions to everything from premium makeup to indoor lawns for your dog to have a poo on.

Food and booze subscriptions lead the way in terms of variety and just how many of them there are, though, ranging from rare spirits to individual cheese toasties. We tried a few of them out, here are the ones which are worth answering the door for:

Described as a “Craft beer discovery club” Beer52 send out 8 or 10 beers a month based on your preferences. Start off by letting them know if you prefer light or dark beers and they’ll send our your first box, then as you rate and review each beer you receive your deliveries will become more tailored to your tastes.

Deliveries are often themed to showcase particular regions and their notable breweries. Our Scandinavian box included 6 bottles from legendary brewery Mikkeller, one from cult favourite To Ol, and “Stone the Crows IPA” - a highly-acclaimed beer from Brewski, who we otherwise would never have heard of.

All this plus a snack to help line our tummies and a copy of their monthly design-led magazine ‘Ferment’ which includes features relevant to the beer selection and wouldn’t look out of place in Colours May Vary. 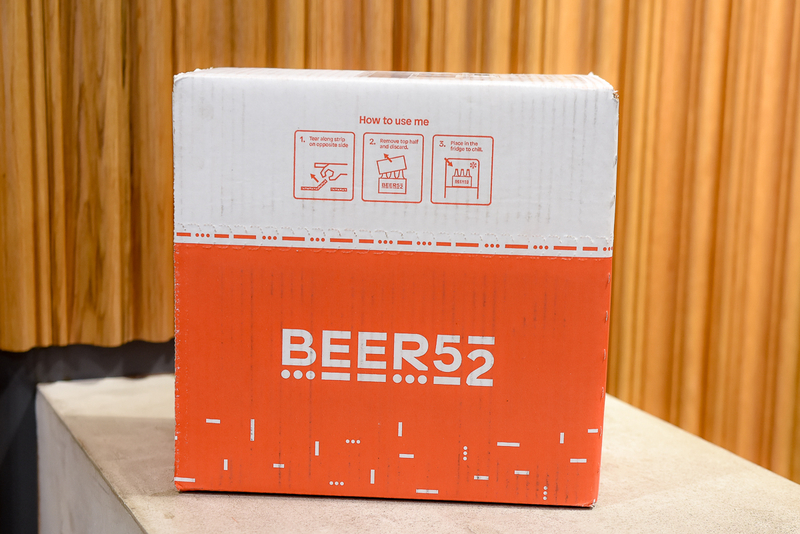 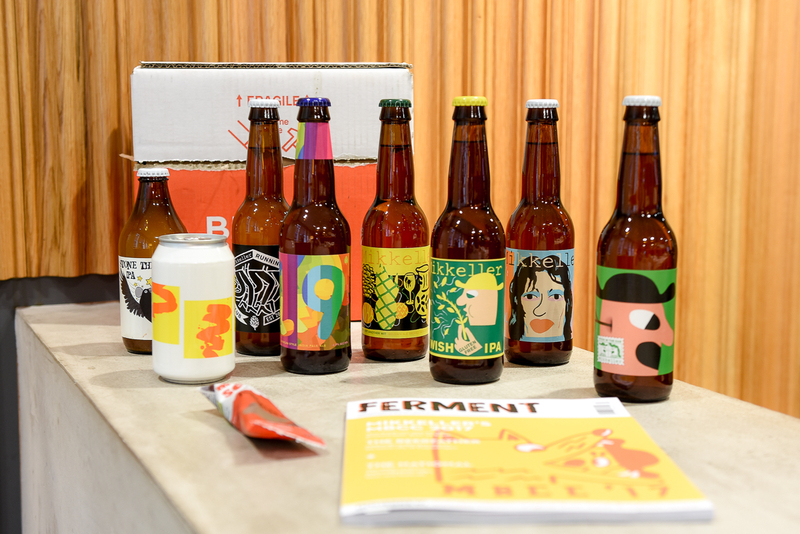 It’s Saturday morning, your head’s throbbing and there’s nothing in the fridge. You and your partner are arguing over who’s turn it is to go to the corner shop and buy a pack of artificially-smoked Danish bacon with so much added water it’ll evaporate as soon as it hits the frying pan. You’re just about to admit defeat and put your sweats on when the post comes, and eight rashers of top quality, handmade, high-welfare bacon lands on your doormat. That’s because you’re signed up to the brilliantly-named Cure & Simple, and for £5.95 they’ll send you a different pack every week.

Now, if only somebody would deliver a few cans of San Pellegrino you could give this hangover a proper seeing to. 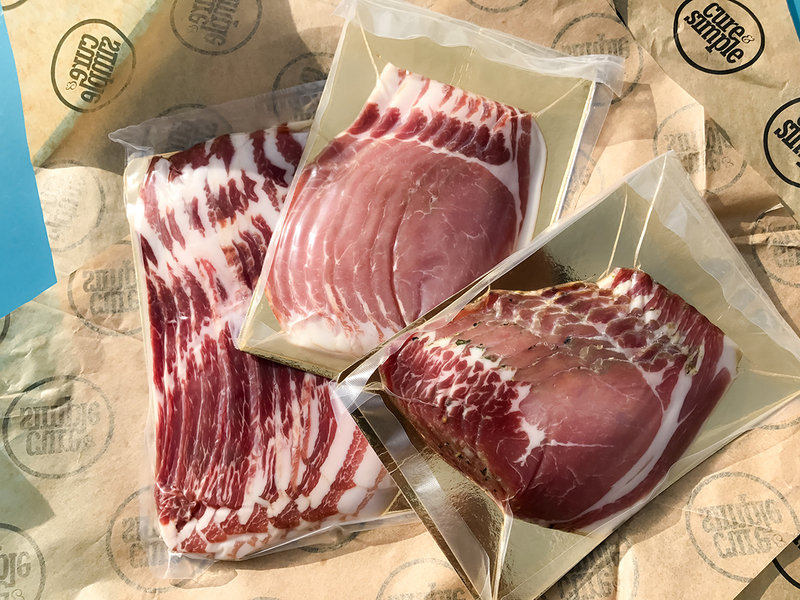 The recent gin craze is all well and good, but most supermarkets stock so much of it now that their booze aisle looks like an 18th Century apothecary.

The choice can be a bit overwhelming, but Craft Gin Club takes the pressure off you by sending out one bottle of small-batch craft gin every month, along with a magazine giving information on its origin, tasting notes, and ideas for pairings and mixed drinks.

The box contains other treats which compliment the gin, too; our bottle of Occitan from Italian distillery Bordiga came with a bottle of their Bianco Vermouth, a can of Fever Tree Mediterranean Tonic, and some amaretti biscuits to keep with the Italian theme. 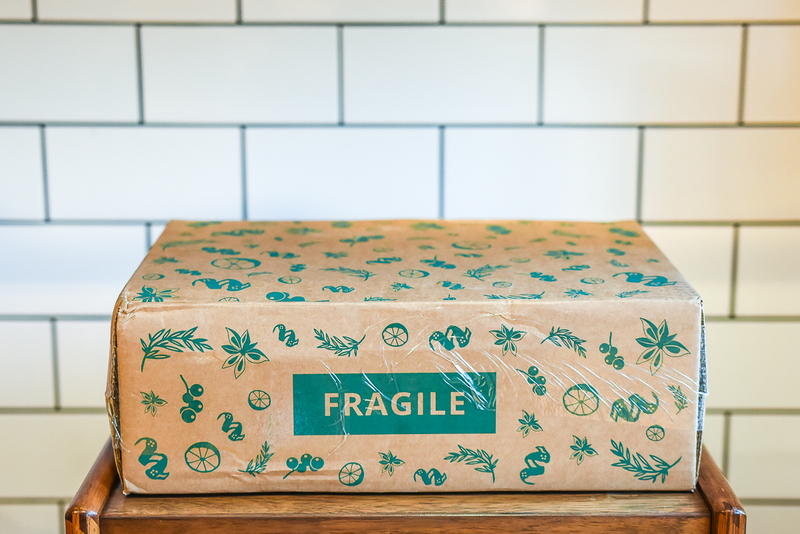 Ron Swanson’s version of Graze, Carnivore Club is described as an “exclusive club for discerning carnivores”, committed to curating cured meats from artisans all around the world. And that’s reflected in the price, too, with the selection of four to six items of charcuterie costing £32 each month.

This one has by far the best packaging - the luxe red box is sealed with an “Open for meat” sticker which, inevitably, will end up on subscribers’ trousers as a hilarious joke. Inside, we got 365 grams of finest Great Glen venison, in the form of five kinds of salami, chorizo sausage, and bresaola. 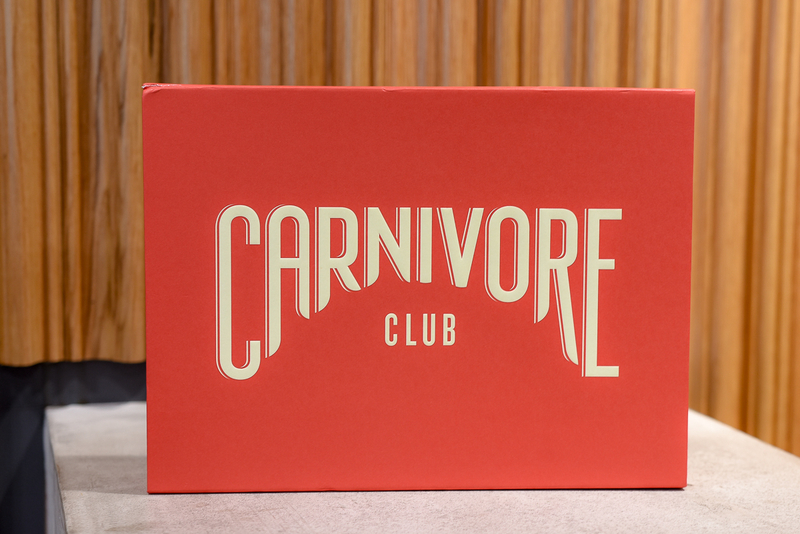 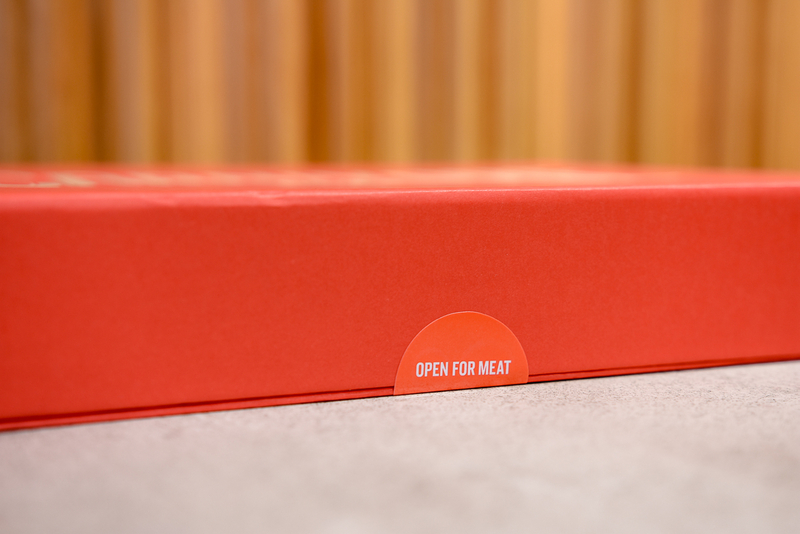 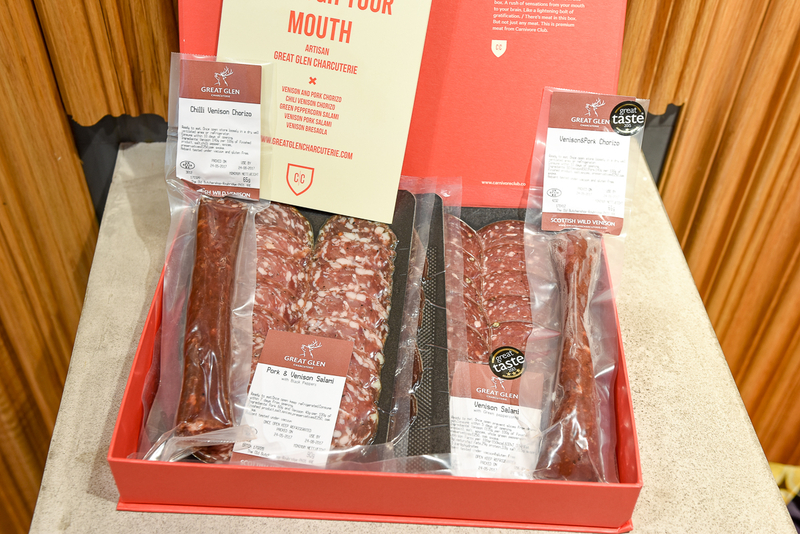 If you want an upgrade from your usual bubbly of “whatever prosecco’s reduced from £11 to £6 this week”, Bubble Club might be the one for you.

Every month they send a box, each with a theme such as ‘Fizzy Valentine’ or ‘Women of Wine’, containing two full bottles of sparkling wine - which could be champagne, prosecco, cava, or anything else that requires popping a cork - and other indulgences. Our ‘Glorious Gardens’ box had a couple of top quality cavas, along with some elderflower gin, dark chocolate, and spiced tea.

One subscriber's box also contains a golden ticket, which bags them a prize, in the past that’s included Fortnum & Mason hampers and wine tasting experiences. Japan Centre is one of the country’s biggest suppliers of Japanese foods, with a huge selection of imported noodles, rice, sauces and stocks, meat, and even homemade Japanese style pickles. Their Pop Culture Snack Box comes in three sizes, and contains a selection of the newest and most popular quirky snacks - think Pocky, weird Kit Kats, and various things that either taste of matcha tea or sesame and almost-too-kawaii-to-eat animals on the packaging. Our Premium box was roughly the size of a coffin and contained layers upon layers of the stuff, it’s easy to see how people could get excited about receiving one of them every month.

The Sake subscription is a great, but pretty poor value - £25 for a 300ml bottle of sake and a couple of snacks. Anybody wanting an introduction to the drink would do better to just pick a couple of bottles from the Japan Centre website. 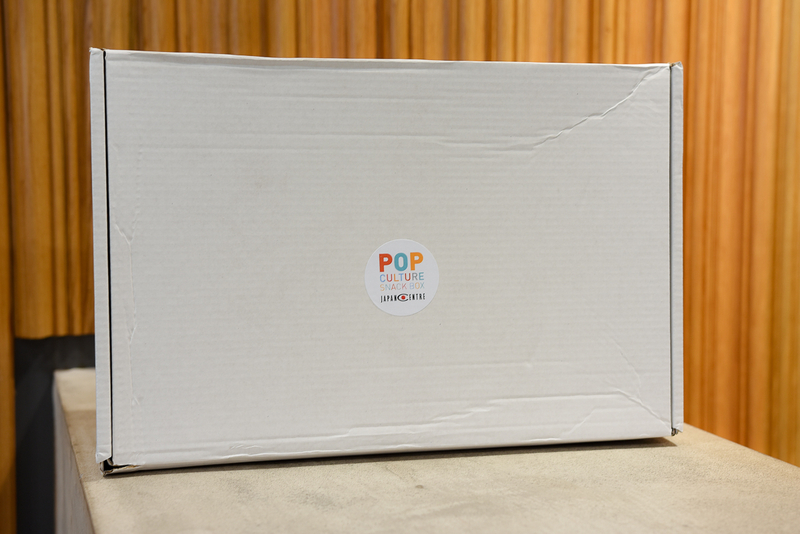 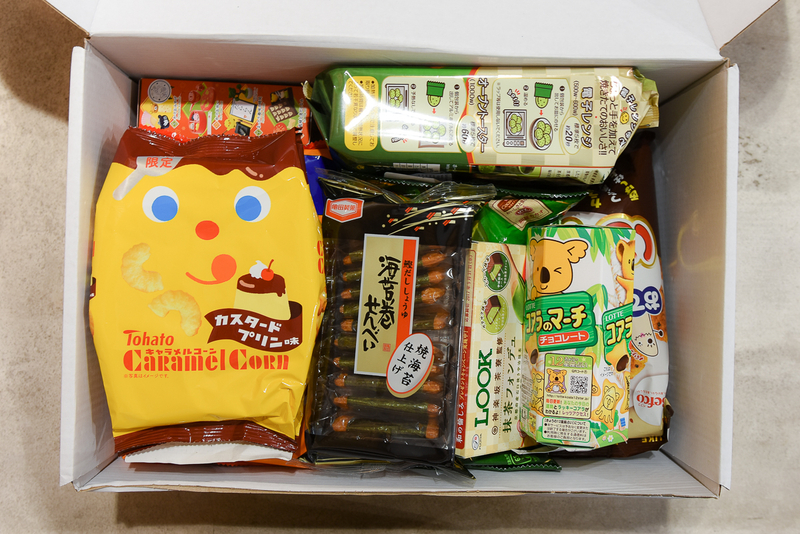 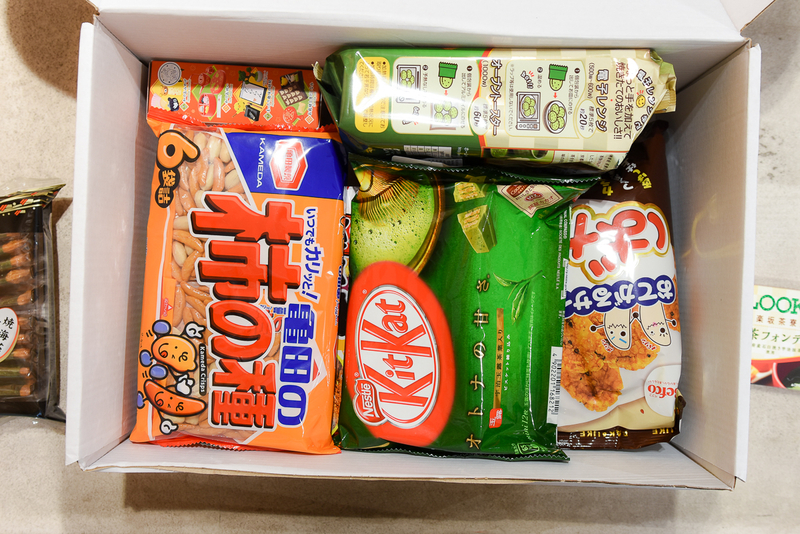 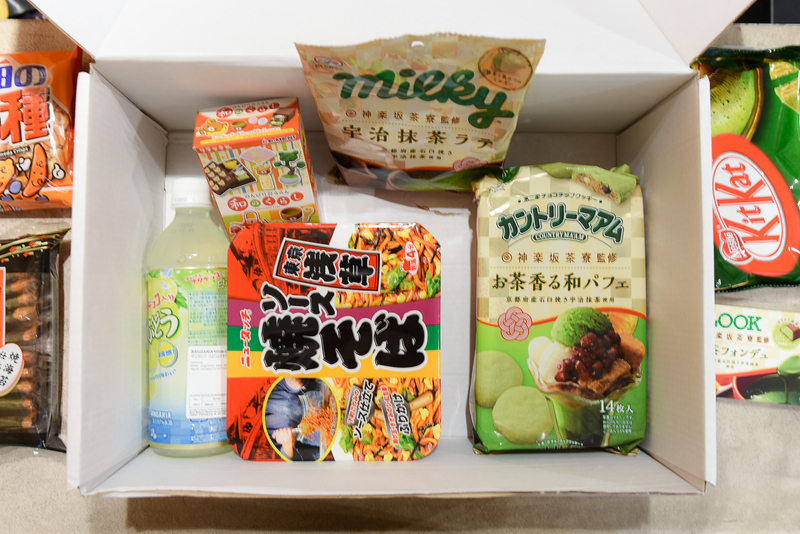 Remember those tests you’d get given in school to determine what type of learner you were, and if you’d learn better through seeing, hearing, or doing? Your Sommelier offers another way of learning: by drinking.

The best way to get familiar with French wines like Bordeaux, Rhône Valley, and Alsace is to drink them at your own leisure, so you’ll get three bottles per month with a bit of guidance in the form of tasting cards, which you can store in a custom binder whenever you feel like your knowledge needs a top-up. And when your glass needs a top-up, you can re-order your favourites from the Your Sommelier shop, which offers a 20% discount for members. 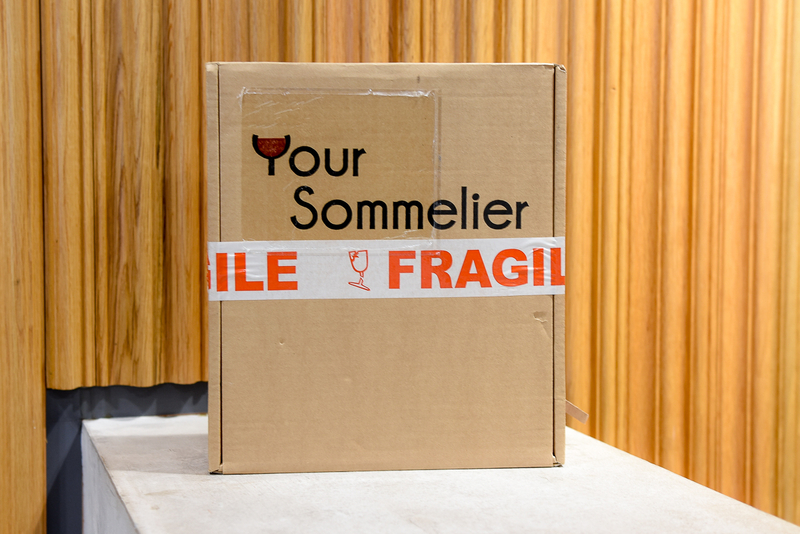 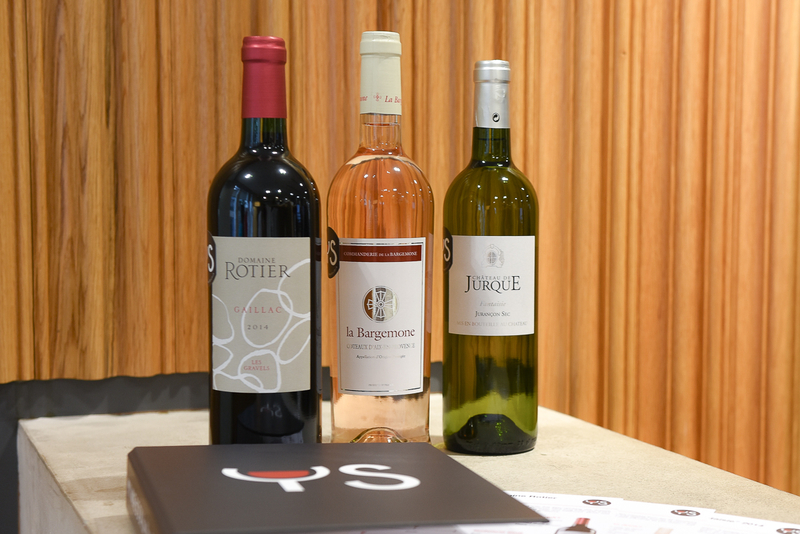 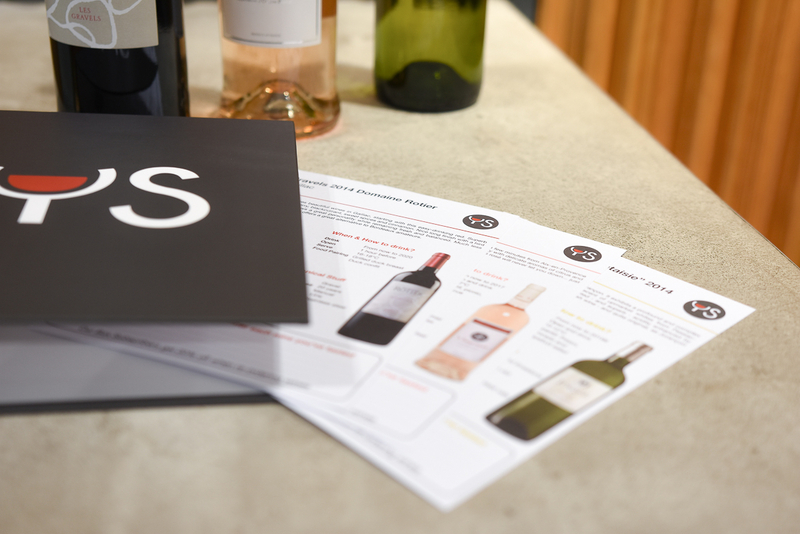