The magical art of whisky-blending

Floral. Fruity. Creamy. Citrus. Smoky. There are five little cork-stopped bottles of amber-hued whisky lined up on my placemat, each with a hand-written label that makes them sound like a Scotch version of the Spice Girls. I also have a glass funnel, a measuring jug, and a stirrer. Plus a generous serve of Chivas Regal 12-year, waiting to be sipped.

I've just walked into the best adult science lesson ever. And the teacher is this young Scottish guy who's inviting us to get started on the Chivas while he talks us through what we'll be learning today.

We're taking part in The Blend – a whisky-blending experience hosted by luxury Scottish whisky, Chivas. After proving popular in London, the sessions are coming up North to Manchester, Leeds and Liverpool. For £15 you can spend an hour sipping premium whisky, learning about the fascinating history behind it, and the best part, creating your own personal 200ml bottle of blended whisky to take home. 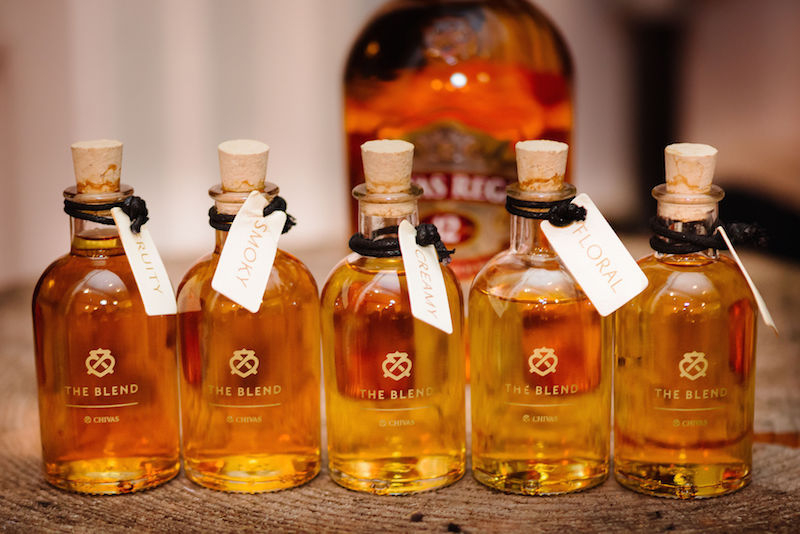 First though the host, Chivas brand ambassador Paul Nealon, has a misconception to address. In the UK blended whisky is often seen as inferior to the more 'exclusive' single malts. In other markets however, the opposite is true. Blended whiskies are appreciated for their complexity and smooth balancing of flavours. Getting the blend just right – decade after decade so that your whisky maintains the same taste, aroma and texture – is an art form that takes years to master. That measuring jug and funnel are starting to look a little daunting. 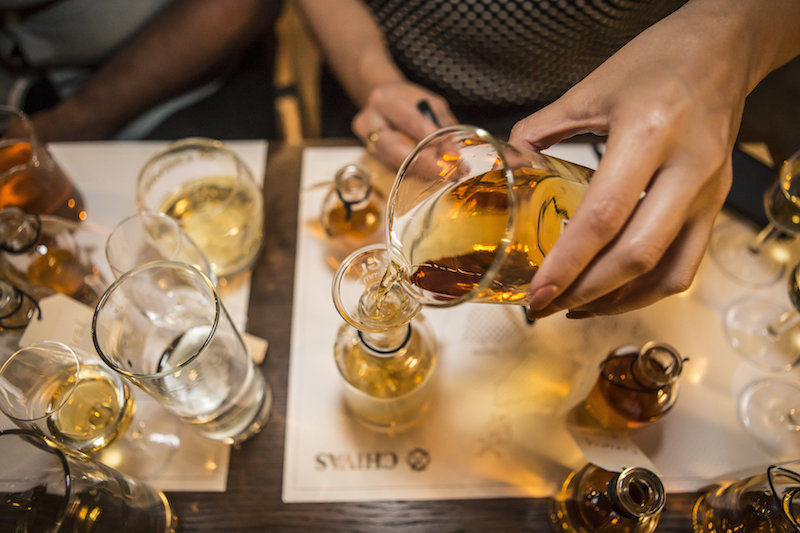 From blending tea to blending whisky

James and John Chivas were farmers in North East Scotland before taking over a grocery store in 1801. They developed their finely-tuned tastebuds blending tea and spices before they moved onto the hard stuff. The 'Regal' in the name came from their Royal Warrant to supply goods to Queen Victoria. Far from being a poor relation to single malts, this is a whisky with royal connections.

Next we learn about the whisky-making process. To badly summarise, you go from malt to grist to wort to wash to the copper kiss to whisky. There's a bit more to it than that but I don't have the wit to make it sound as interesting as our host did.

If you want to actually learn something from a tasting session, The Blend experience is a good choice. It's in-depth but enlightening and entertaining. 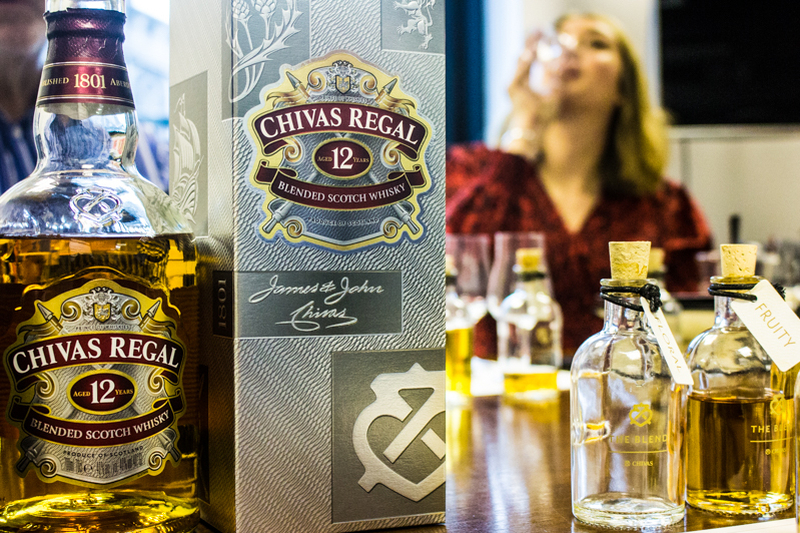 Now on to the main part of the session: blending your own whisky. I'm a little nervous about this – I don't want to ruin my chance at creating a bottle of amber heaven and end up with something too 'lively' – the whisky industry word for 'harsh'.

Paul guides us on the tasting notes of each whisky, highlighting subtle flavours such as cinnamon, pear and Werther's Originals. He tells us how to get started with a base of grain whisky, then it's a case of adding a little of this, a little of that, taking a sip, adding a little more.

I take a freestyle, winging-it approach and end up with a smoky whisky that would have been better with more of the 'fruity' blend. Those in the masterclass who do it properly – thinking it through and noting the quantities used – get the best results.

Paul says that the only wrong way to drink whisky is if you're not enjoying it. But in this session, the blending is the most enjoyable part. I gain a new awareness of whisky's complexity and the skill that goes into creating it. And of course, a bottle of one of the rarest, most exclusive whiskies in the world; my own.

Chivas is hosting one-hour whisky-blending sessions in Liverpool, Leeds and Manchester for £15pp from November-March. For full details on venues and times, visit their website.