The Ivy - CGI gives us first glimpse of new brasserie

The Victoria Quarter has a long-standing reputation for upmarket shopping and places to eat in Leeds. Home to the first Harvey Nichols outside London, the complex of arcades, which now includes the nearby £165 million Victoria Gate, boasts such high-profile names as All Saints, Louis Vutton and Vivienne Westwood.

Now, a new addition to the ever-increasing list of names has been confirmed for this autumn, as The Ivy brings its brasserie chain to Leeds. The Ivy Victoria Quarter will be housed in a listed building on Vicar Lane and will be able to seat up to 240 guests, 7 days a week.

The group have been careful to ensure that the style is in keeping with the rest of the stunning Victoria complex too, with design consultancy coming from the Martin Brudnizki Design Studio. Judging by the interior of the Harrogate branch, it promises to be quite stunning. 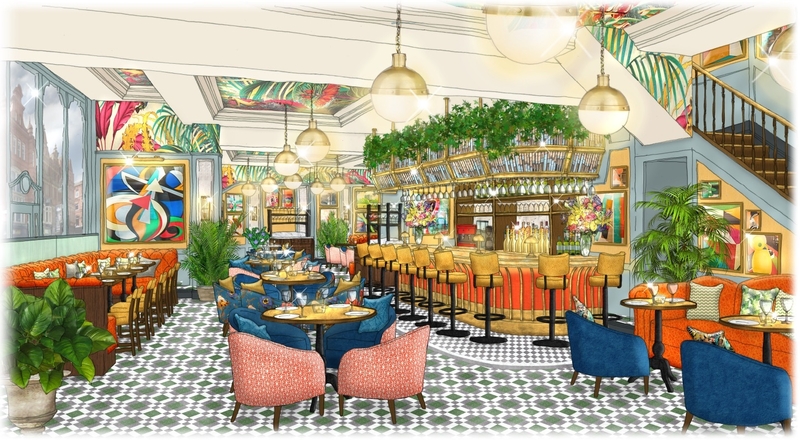 As with the other venues under the Ivy umbrella, which include Harrogate and York, the brasserie will offer all-day dining, with breakfast, lunch, afternoon tea, snacks and dinner all offered – as well as a cocktail menu, all carefully put together by executive chef Sean Burbidge, who was previously head chef of Michelin-starred Gordon Ramsay restaurant Petrus.

Some of the standout dishes on the Ivy menu will include avocado and spinach benedict for breakfast, or baked sea bass on the all-day menu. And of course, the renowned Ivy shepherd’s pie will make an appearance.

With the collapse of the Gaucho and CAU group, Victoria Leeds certainly has room for a major dining venture, and The Ivy’s history of successful venues suggests that it could well be the perfect partner for the celebrated shopping and leisure area. We’ll have more information on an opening date as soon as it is announced.