The coolest places to eat in Leeds

Here, in partnership with the Top 100 Restaurants in the North West guide, we’ve collected together some of Leeds' coolest places to eat, including those from Masterchef alumni, menus covering nose-to-tail eating and robot toilets. 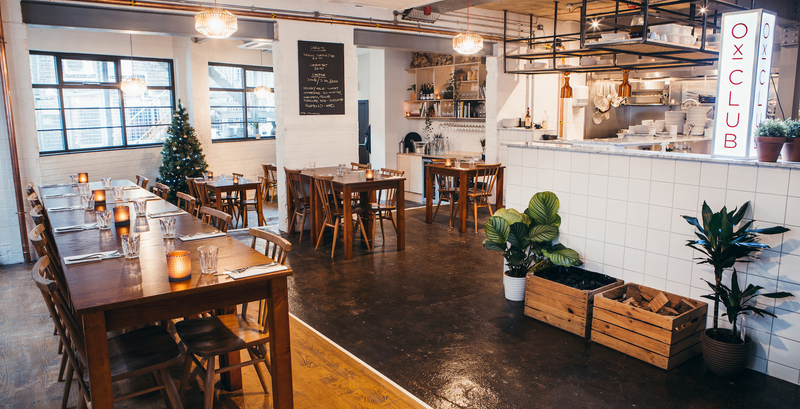 After years of neglect, former textile mill Headrow House has been transformed into a mixed-use arts and events space incorporating three bars, one beer hall, a live room, two roof terraces and a cocktail bar. The Ox Club is the restaurant on the ground floor where the successful team behind Belgrave Music Hall and Canteen, together with chef-proprietor Ben Davy have created a contemporary grill house and kitchen. Meat (and more) is cooked on the solid-fuel grill and brunch is another strength. Options could include flat iron steak with cheddar eggs and smoked tomato jam, Korean fried chicken or French toast with BBQ pineapple and rum butter. 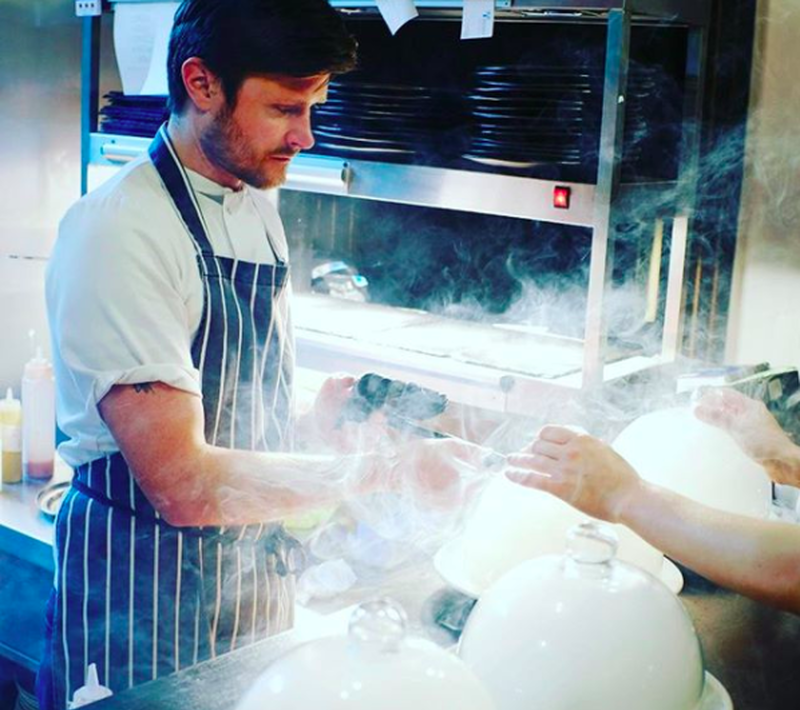 Cocktails are a savvy delight, the tasting menus are a sprightly revelation – and it would be a sin not to appreciate both. While the location is hardly heavenly – squeezed into an odd wedge of a building overlooking the A64 with a colossal new student-housing tower on its way to blotting out the sun – this unexpected venue is home to the finest service in Leeds. There’s an excellent standalone bar, full of treats while food by chef/patron Luke Downing and his questing young brigade is fiendishly complex. Seasonal delights could include orange blossom eclair with a Yorkshire Blue cheese sauce, fermented little gem lettuce, rabbit and marjoram dumplings and a ‘not cheese’ course of creamed goat’s cheese and almond foam. 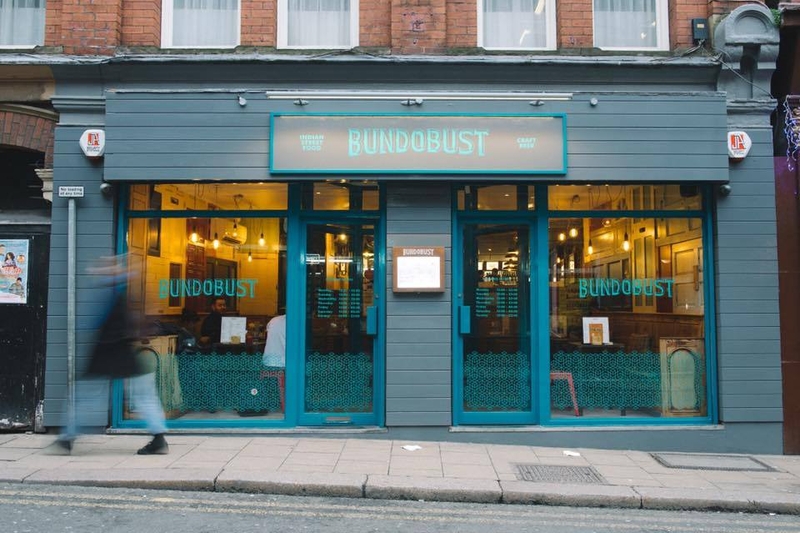 Veggie Bollywood blockbuster serving small plates and the best in beer. The story starts like this: Bradford buddies Marko Husak of Sparrow Bar and Mayur Patel of vegetarian Indian restaurant, Prashad, teamed up to open the first Bundobust in Leeds in 2014. The second opened in Manchester in 2016, with Bundobust Liverpool set to join the gang in 2018. Beer is Husak’s sphere of expertise, but the small plate interpretations of veggie dishes from Prashad are a blast. Everything arrives in coolly branded little tubs costing anywhere from £4 to £7 (£80 will buy you the entire menu). Start with okra fries, Bundo chaat, before dipping into Mumbai-style veggie burgers (vada pav) made from spicy mash coated in besan flour and deep-fried, and served with chutneys and hot chillies. There’s a vegan masala dosa too, as well as perfect, fluffy rice cushions (idli) atop a thick soup (sambhar) of lentils and aubergine. Beers could include Bombay Dazzler, a floral wheat beer tailor-made by Leeds’ Northern Monk brewers, Chorlton Brewing Co’s Mosaic Citra Double Sour, or the excellent Juicy Bhaghra, made by Danish outfit, Dry & Bitter. 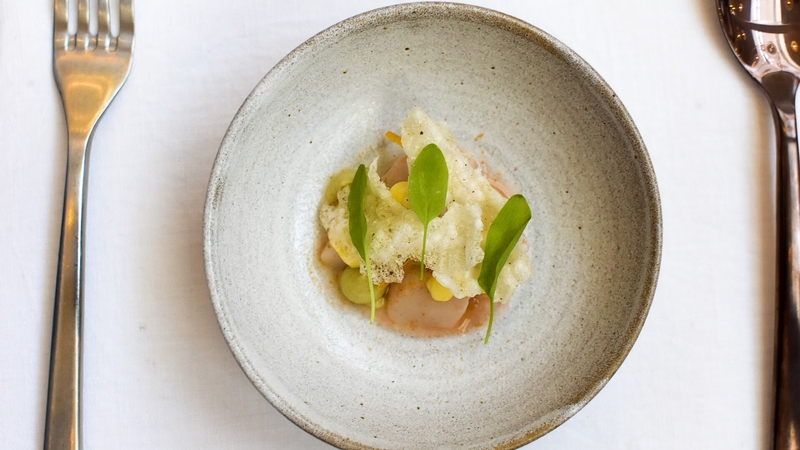 Inspired British cooking from Masterchef graduates. Home is the brainchild of Masterchef finalist Liz Cottam, and business partner Mark Owens (noth pictured above), formerly head chef at Ilkley’s veteran Michelin star, The Box Tree. While Home has only been Home, so to speak, since 2017, this compact British restaurant is already a favourite of national food critics. Follow a trail of tea lights up several floors into a moody room, filled with simple creature comforts. Crisp white table clothes set the scene for five lunchtime or ten evening courses. Dishes could include room-temperature uncooked scallops with hand-made mayo, celeriac carbonara, or a festive take on venison with a tiny, spring roll pasty filled with fruit and nuts on the side. Local cheeses are a thrill, while desserts could include apple sponge with apple crisps and firmly whipped cream. Wines are well priced and imaginative with some particularly strong Spanish and Italian options. A genuine Northern light. 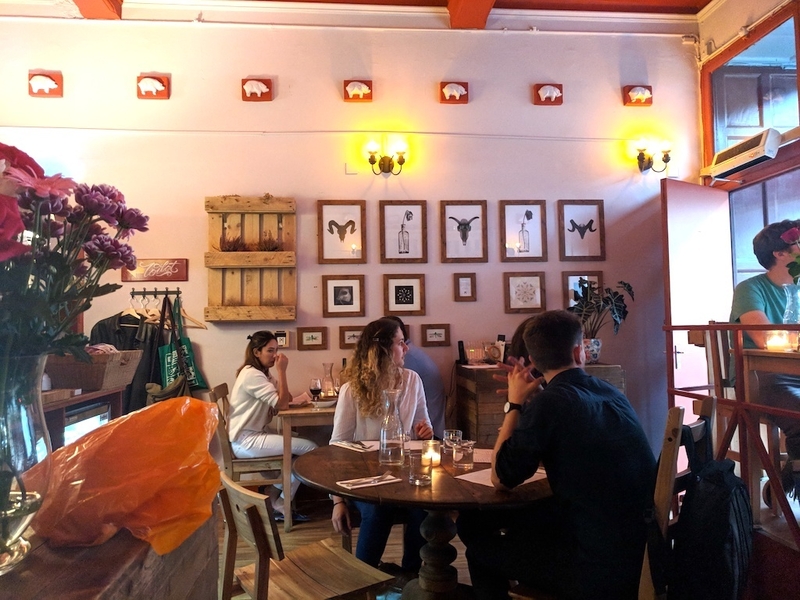 Fast becoming one of the toughest places to get a table in the city, thanks to its adventurous, nose-to-tail (or veggie, or themed) cooking. This is turning out to be one of Leeds most promising restaurants. Driven by a passion for extremely high welfare meat – and creating dishes using all the animal – the seven dishes on the set menu (there’s no a la carte) are designed for two people to share, and clock in at around £50 between two. Seeing as it’s BYO (for now), that’s an excellent deal for all involved. Head chef is Stuart Myers, a man without borders who combines a background in brasserie cooking with inspiration from kitchens and bookshelves around the world. Ingredients are listed a la Rogan (….or any restaurant with Michelin aspirations) and arrive as cohesive combinations, a showreel of processes and techniques boasting the chef’s versatility. Expect cold and warm salads; classic French boudin and gratin; pates and rillettes and croquettes and falafels; pan-fried heart and liver and less popular fish. Bring a wine with a pedigree as solid as The Swine That Dines – and you could be in for the night of your life. 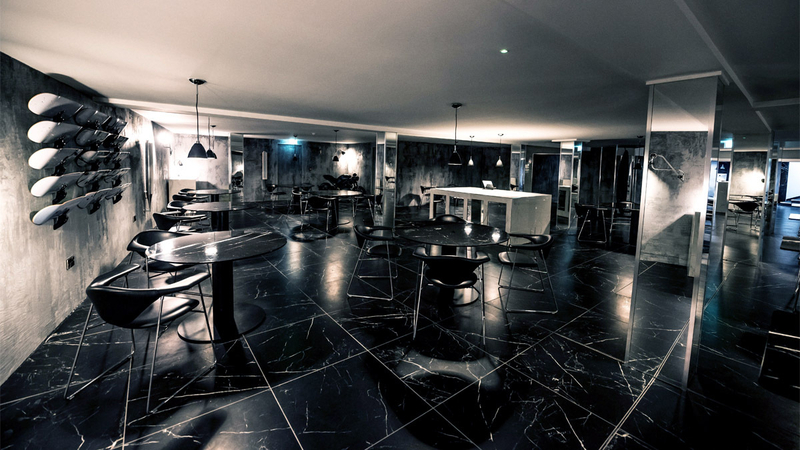 Man Behind The Curtain

New look, same, wild styling from the Michelin-starred, glam rock loving superstar. In 2018, chef-patron Michael O’Hare upped sticks from the Flannels department store attic where he made his name with Man Behind the Curtain and moved into the basement of the same building. His inaugural restaurant enjoyed a £1.1million bespoke fit-out along the way. Think custom designed kitchen, lavish natural materials and robot toilets. The interior fittings conspire to create a disorientating atmosphere. The tasting menu could include a miniature bun in a nuclear launch button shade of red, filled with XO-sauced veal pancreas or a lava-ish langoustine tartare, glowing with green parsley oil. Vinegar-packed Iberico pork, garlic and almond with Pollock-esque presentation, while Emancipation – O’Hare’s Great British Menu winning fish dish – is a beacon of white cod surrounded by black crockery, black dashi, and a summit of black vinegar powder. Wines are thrilling – yet the question remains: how do you continue subverting expectations when being subversive is your whole schtick? The new room might take you out of your comfort zone, but O’Hare remains within his, which will continue to please fans and newcomers alike. 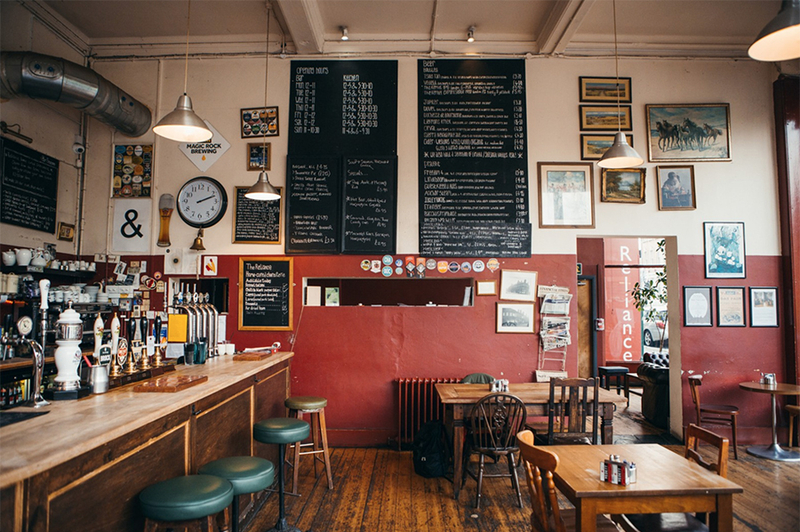 Modern British dishes and homemade charcuterie in a relaxed dining room and pub, with craft beers. The seasonal menu is split into smaller and bigger plates. The specials push the envelope a little more, emphasising the ‘modern’ in modern British cooking. Ingredients have far reaching global influences with dishes such as pigeon breast, beetroot, Szechuan pepper and plum sauce sitting quite happily next to smoked salmon, Vollkornbrot, crème fraiche, cucumber and radish. They claim to be an informal pub at heart, where customers are welcome to pop in for a pint, a coffee or a read of the paper, and the flexible space accommodates most requirements from lunch, through to pre-theatre dinner. There is even a Little Reliance Cinema for regular screenings.