Ten broths to beat the blues

Best of broth worlds: Nourishing broths to comfort you through the cold

Today marks the most depressing day of the year, known as Blue Monday, when the festive cheer is gone, you're probably more skint and fat than usual, and you can't go outside without getting a face full of wind or rain.

Instead of wallowing in self-pity, why not turn to the humble broth, with it’s miraculous ability to make you feel like you’re being wrapped in a warm, soothing blanket and taken to a happy place, all whilst being healthy and inexpensive to eat.

Here's ten of the best in Leeds to get you through the rest of the month... 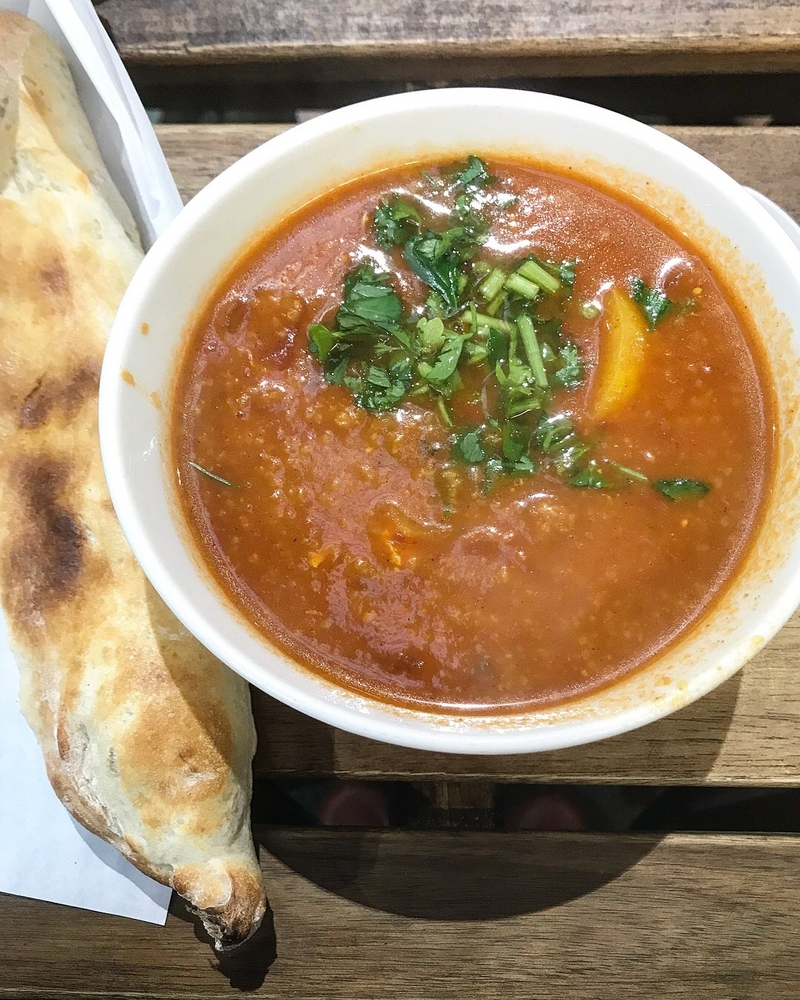 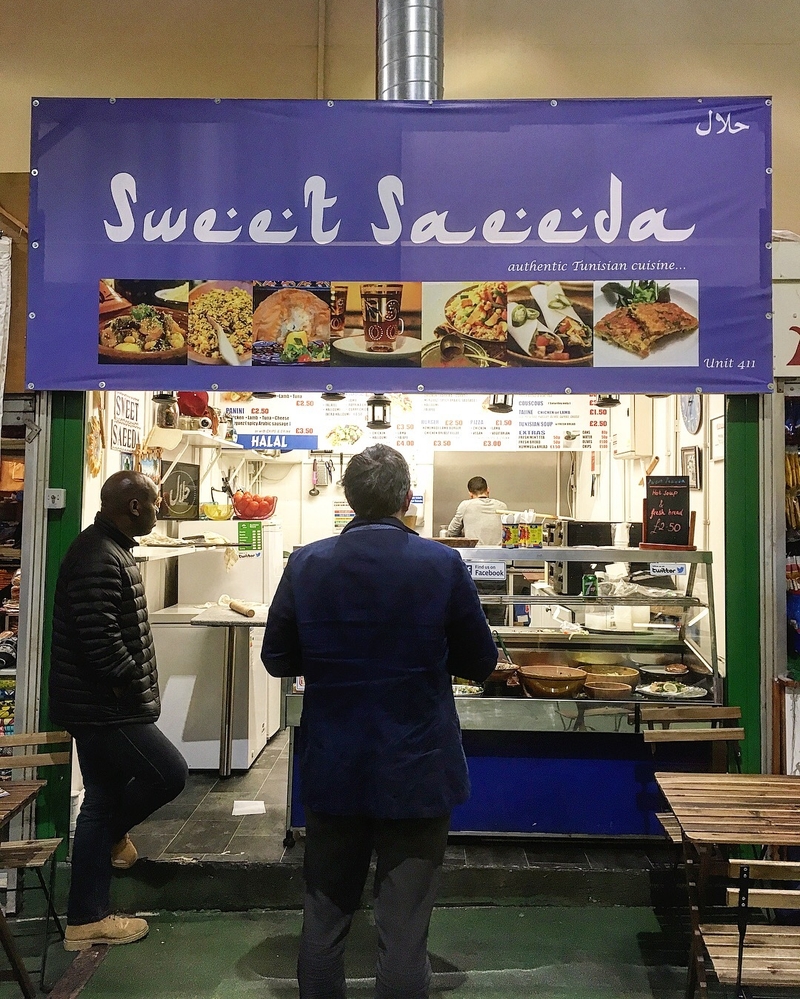 This place was surprisingly busy on arrival and with an encouraging buzz around it, one guy even said he eats at Sweet Saeeda every single day. He was there for the chicken, however I opted for their Tunisian soup, a bowl of spicy tomato, tender chicken, lemon and coriander. A real winter warmer, perfect for kicking the cold right out of you, and a real bargain lunch at £2.50. 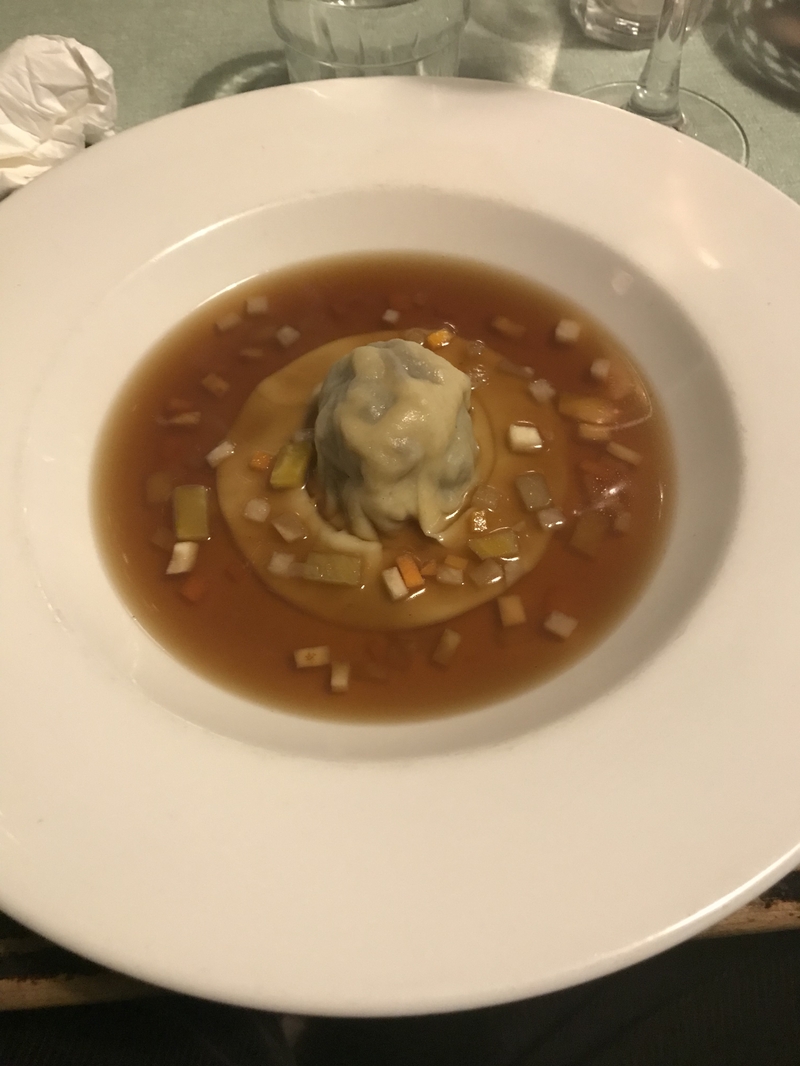 The Reliance featured this dish as a special on New Year's Eve, and have confirmed it will be back on the menu towards the end of January. The braised meat pasta parcel is surrounded in brodo, a fresh, light tasting Italian soup made from Ox Bones. 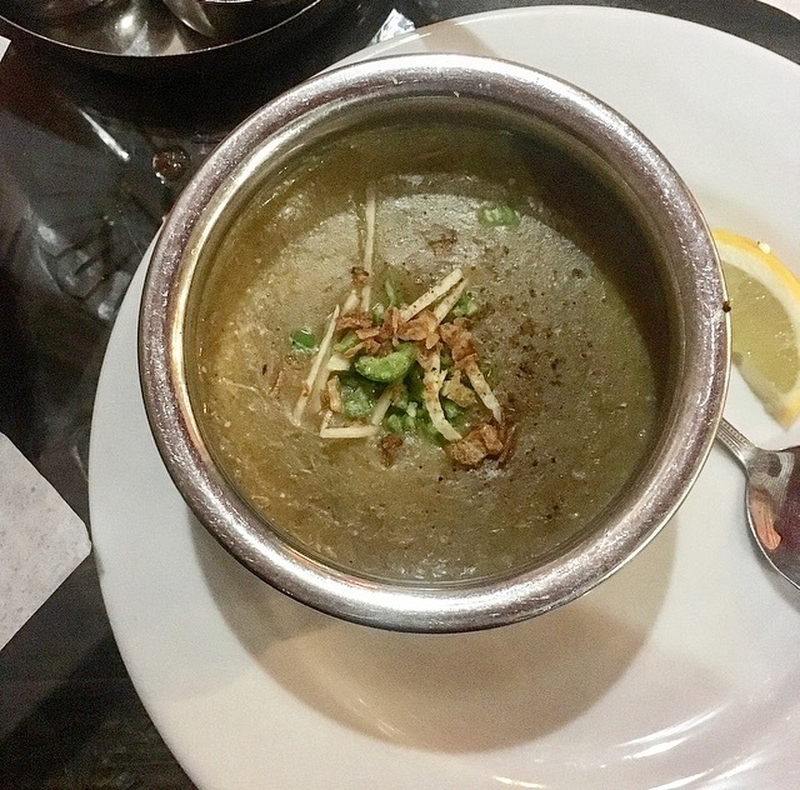 Described as a ‘true surprise’ on their menu, Haleem is a Pakistani broth made using a variety of lentils and beans, cooked over two days so that the lamb naturally becomes shredded. Garam masala, fresh ginger, garlic, coriander, green chillies and fried onions are added to give the thick broth warming notes. The waiter told me the recipe is over 1,000 years old, and he grew up enjoying it as a child. 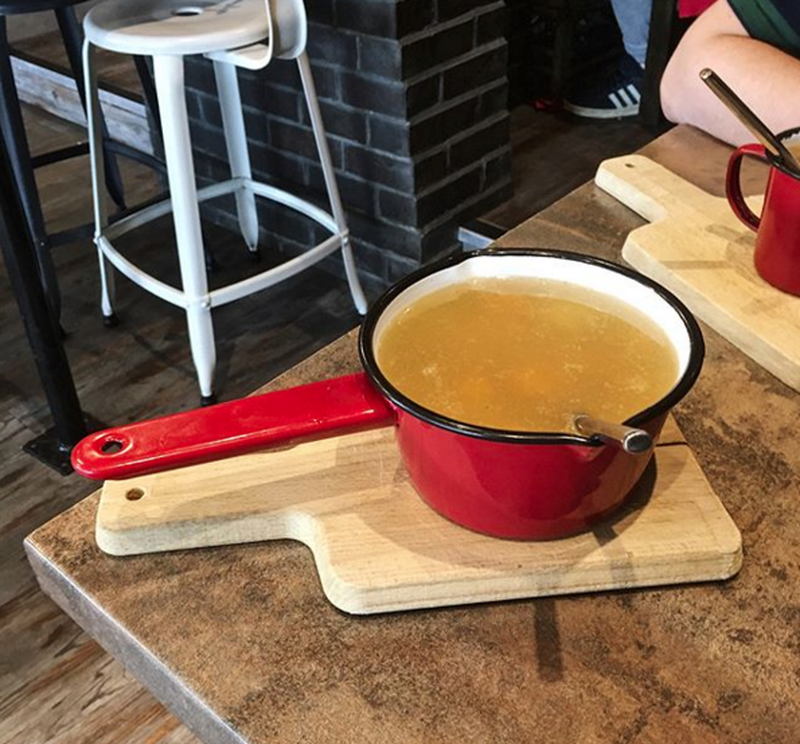 Ira's homemade Chicken Noodle Soup is seriously comforting and a sure remedy for all winter aches and pains, so much so it is actually known as 'Jewish penicillin'. Served with traditional Matzoh balls and Ira's friendly and balshy personality.

A gluten free and vegan stew of spiced dark speckled lentils, celeriac and carrot, served with apple salsa and warm sourdough. Scandi-style cafe Fettle also gives you the option of adding shredded chicken or salt beef to the broth. Ideal as a post-hike pick me up.

A heart-warming Portuguese broth of potatoes, kale and (vegan) chorizo sausage that makes you forget how horrible the weather is outside. Order with their 'Golden Milk', a warming cup of tumeric, coconut oil, black pepper, ginger and almond milk for a big health kick. 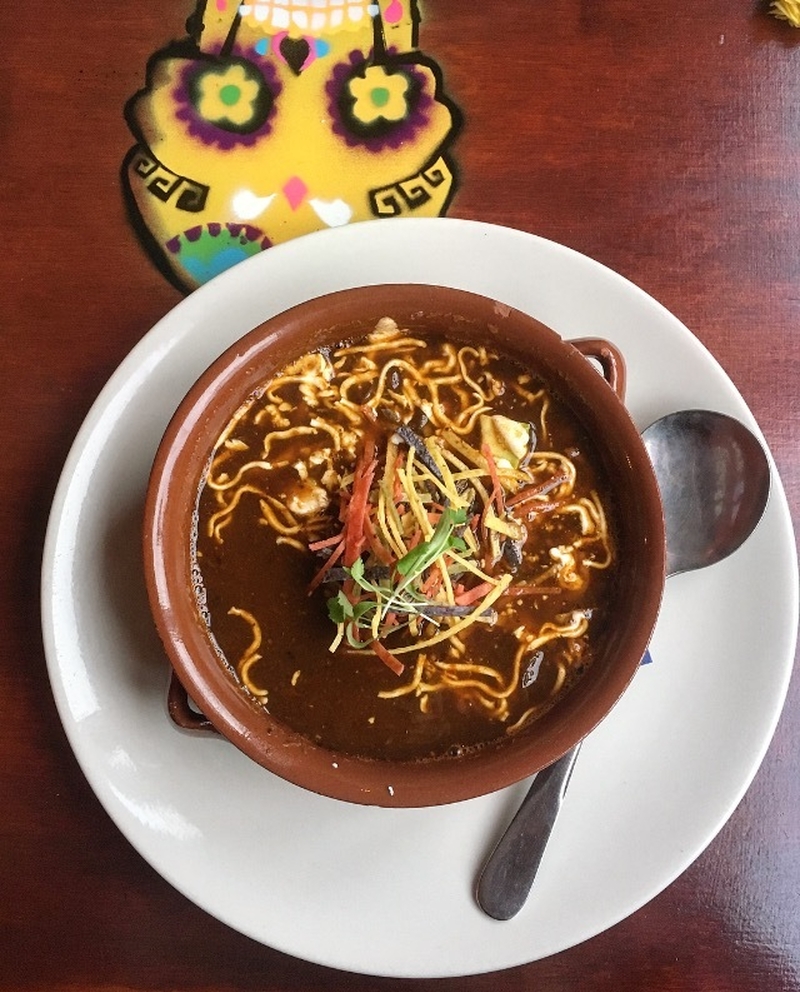 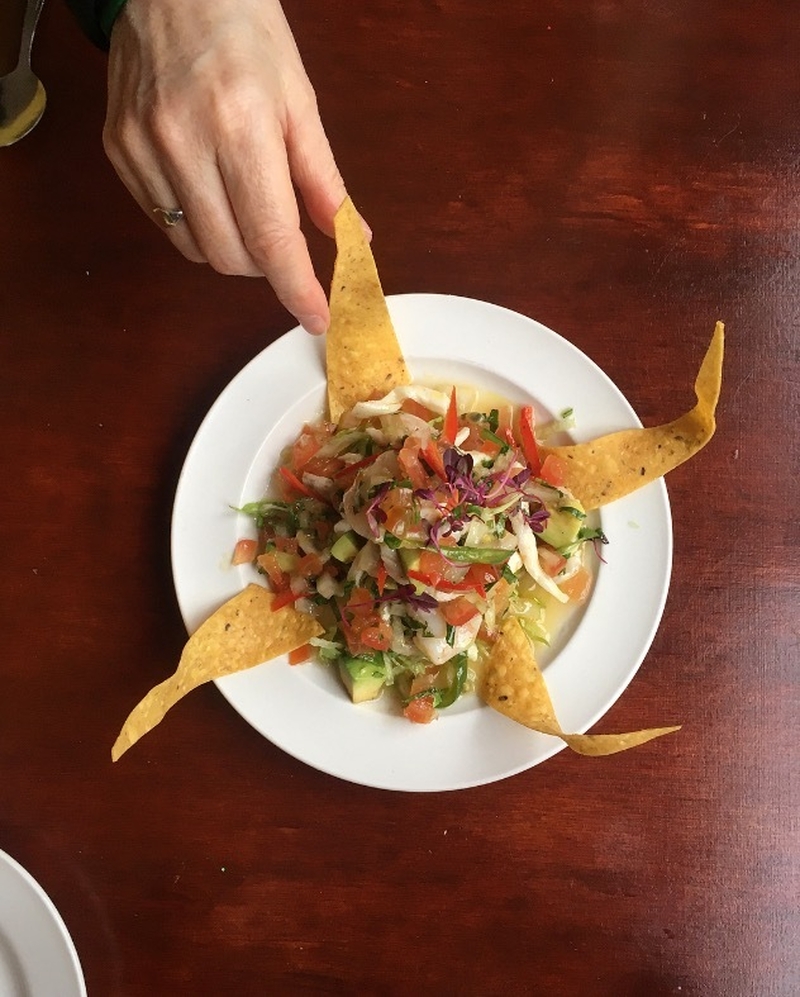 There's so many excellent broth dishes on the menu at Lupe's Cantina that I struggled to decide, so the waitress recommended I try the Sopa Azteca for a 'true taste of Mexico'. A rich, almost gravy-like broth, with chilli, shredded chicken, cheese, sour cream, avocado and tortilla strips. Enough to fill even the biggest of appetites!

If you're after a lighter style dish, Ceviche Veracruz Mixto is a super fresh tasting, zingy broth with sea bass and shrimp. The passionfruit, lime and chilli notes form the perfect antidote to the winter blues.

Traditional Polish restaurant Pasi Brzuszek opened in September of last year to bring a much needed authentic flavour of Poland to Leeds. The menu here changes daily, with dishes such as Ukrainian Borscht and Kapuśniak (cabbage soup). Many of the broths here are made with chicken or pork, using lots of vegetables like carrots, parsley, celery, leeks and onion and cooked for three hours. 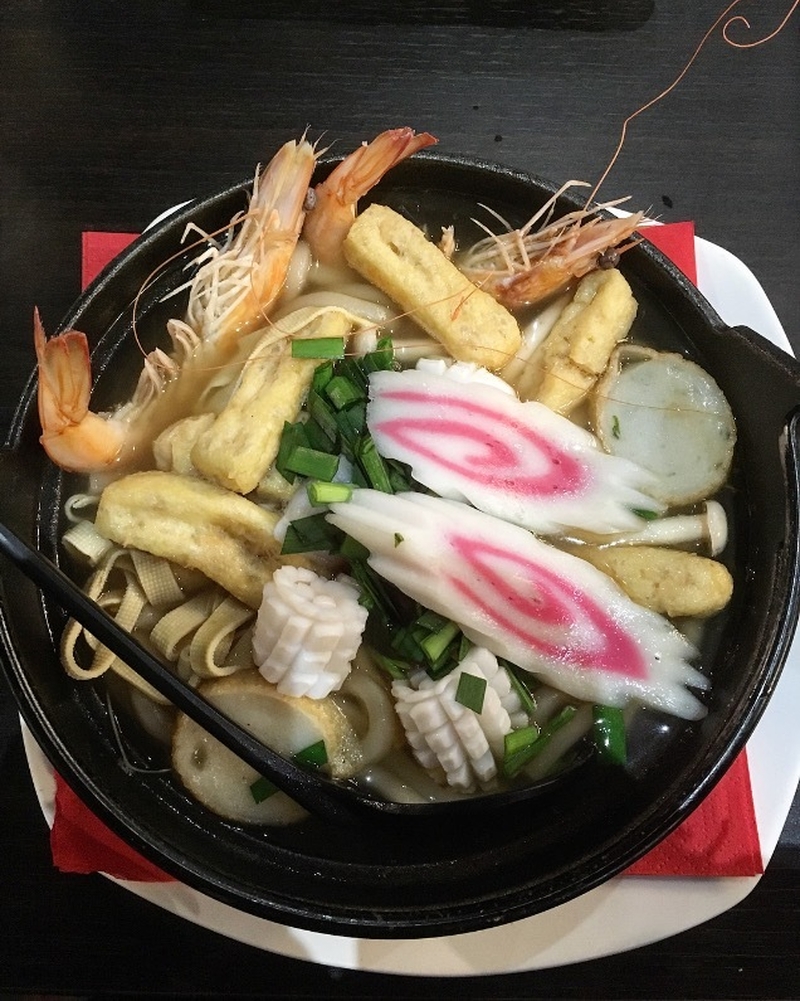 This hot pot broth is so rich in goodness and protein that sumo wrestlers are known to eat lots of it during their training in Japan. Soy sauce, Sake and Mirin come together in the broth to create an Umami flavour. Served with chunky Udon noodles and plenty of seafood. Make the most of eating this during the cold months. Itadakimasu! 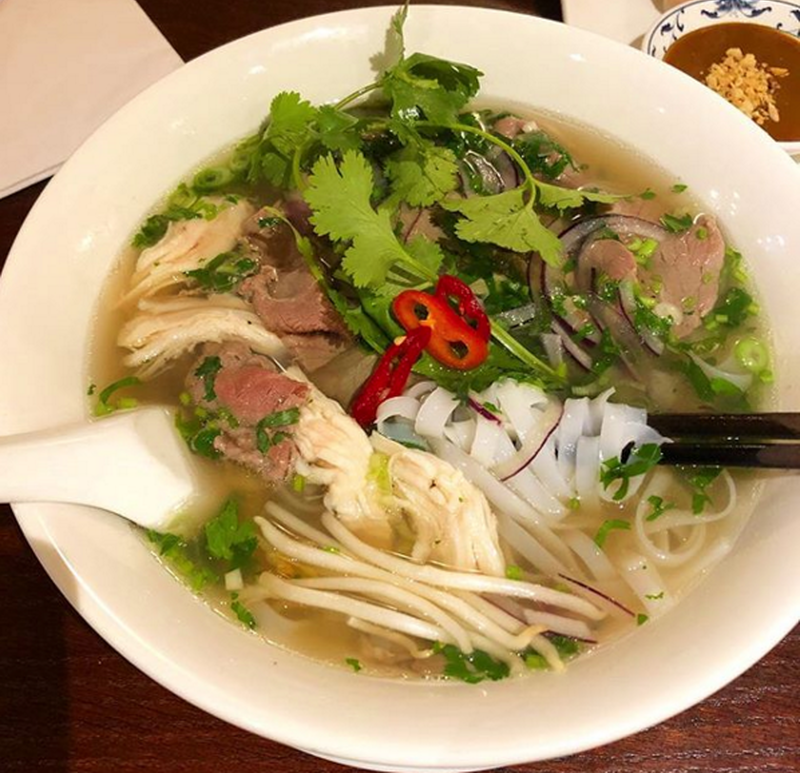 Cooked low and slow, traditional Vietnamese Pho is super moorish and easy to fall in love with. Served with herbs, chilli and lime so you can adjust the flavour to your own tastes. For something different, try Viet Guy's special creation, Lamb Curry Pho, who told me they made it 'especially for the curry lovers of Leeds'.