This is not a drill: Taco Bell is coming to Leeds

Here it is; the news you’ve been dreaming about ever since you ended up in Manchester’s Arndale centre food court and got your first sweet, sweet taste of that Crunchwrap Supreme;

Leeds is getting a Taco Bell.

The US-based Tex-Mex fast food restaurant has had limited presence in the UK, but that’s only aided its popularity, causing it to become a bit of a cult hit. Even in recent years as independent street food traders and casual-dining chains have made tacos, burritos and the like more accessible, the public’s demand for cheap and cheerful tacos - starting at less than a quid each - hasn’t taco-n a hit (sorry). 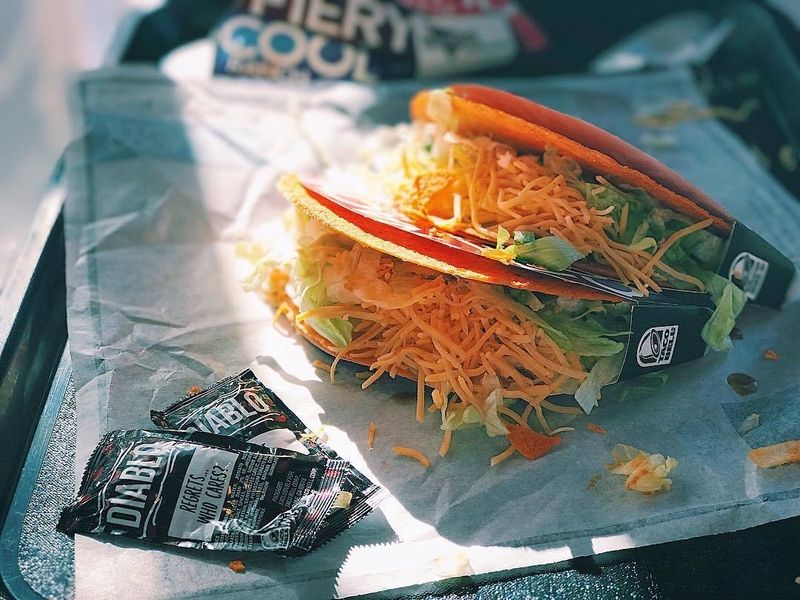 No opening date has been announced for the restaurant, but a site in the city centre’s St Johns Centre has been secured, and licensing permission has been sought from the council.

This new opening - expected to create forty jobs in the city - is the first step taken by St John Centre owners Valad Europe in an attempt to secure "its long-term vitality and vibrancy in challenging circumstances" in the face of new developments like Trinity Leeds and Victoria Gate.

After losing big-name tennants like Topshop, Dorothy Perkins, and most recently Jumbo Records, Valad Europe are hoping that repurposing the centre as a leisure and dining destination through openings like Taco Bell will give it a fajit-ing chance against new kids on the guac. (I really am sorry.)