Six of the best things to eat around Leeds: July 2019

July’s best dishes represent a fusion of multi-cultures. Comfort food from across the globe wrapped up in a Yorkshire hug. There are dishes that will give you change from a fiver and some top end plates that are worth saving up for.

Here’s our monthly roundup of the best things to eat in and around Leeds this month. 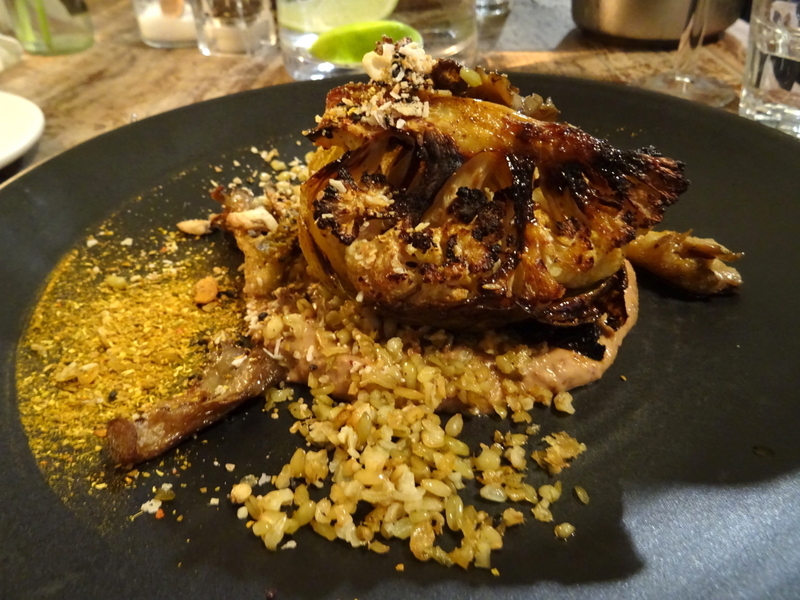 There’s a romance to York that Leeds just can’t emanate. And with its love of local art and organic produce, Partisan epitomises romance; denim clad waiters waltzing over the floorboards, busy diners in animated conversation over wine. My spiced cauliflower was charred and chewy in all the right places, with salty curling leaves and crunchy little mortals of toasted freekeh. Underneath, a cashew sauce is rounded and rich. A flirty sprinkle of sweet coconut dukkah compliments the brassica’s nuttiness. Sarah Cotterill 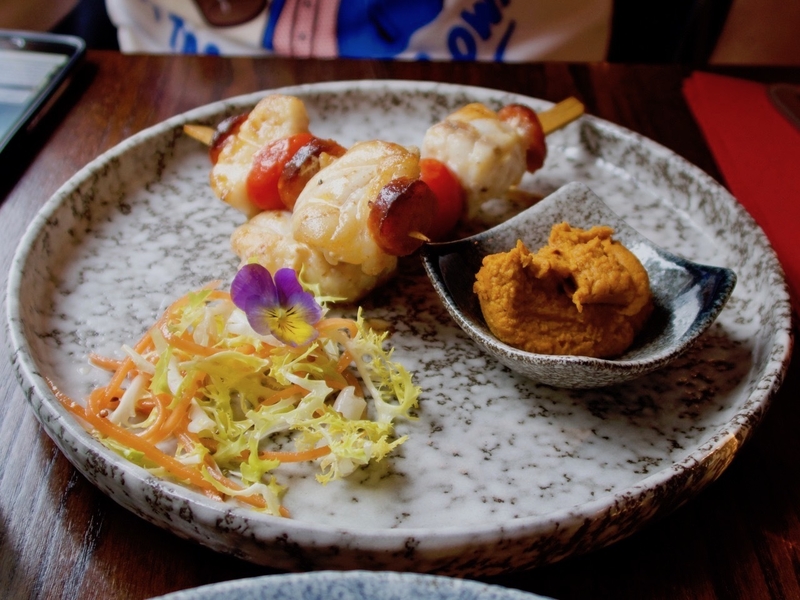 Simple but effective. Salty chorizo (locally sourced) meets soft, yet meaty hunks of monkfish between ripe cherry tomatoes. It all happens on wooden skewers, which cross over on the plate, trapping the accompanying dish of butterbean hummus, whose innovative lashings of harissa spice give each bite an unexpected edge. Grab it as your starter at The Oxford Place – not only Leeds’ only 100% gluten-free restaurant, but also an often overlooked gem serving food that holds its own against the very best. Katie Ryrie 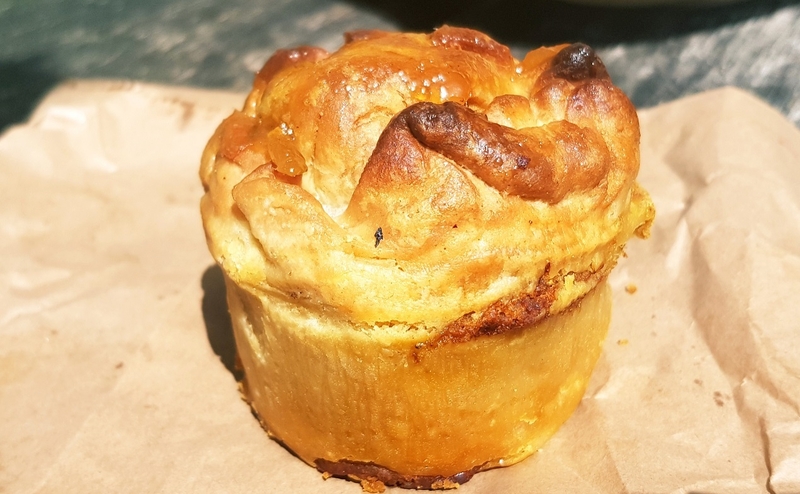 My mind’s made up even before I’ve handed over my brass and shoved the thing into my mouth. Bunging the words 'samosa' and 'pie' together will have that effect, but more robust analysis goes on to show that the good folk of Edward St Bakery in Saltaire have, in the Samosa Pie, knocked up some serious hybrid snacking that's as satisfying gastronomically as it is syntactically. Bite through the buttery-soft pastry case and you’re into a subtly spiced mound of mashed potato flecked with chickpeas and tomato, the whole lot tinged the ochre shade of turmeric and cumin. It’s a thing of beauty already, but the mango chutney glaze is an inspired show-offy finish. Richard Miller 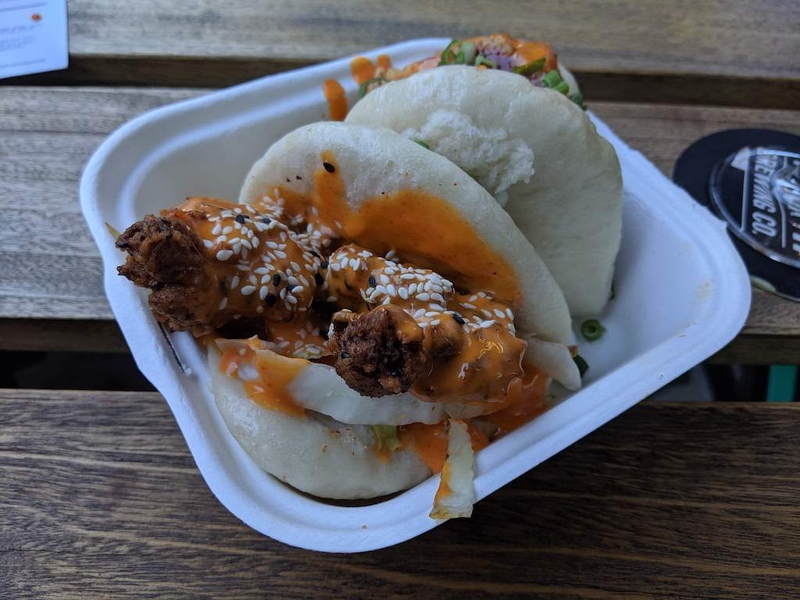 Dear reader, I have discovered a new joy, and that joy is Book Club. Having ditched the mid-week parties of my student years in favour of something more civilised, I am thoroughly enjoying laid-back evenings spent discussing the month’s chosen read with my new-found pals, particularly when it gives us an excuse to tour Leeds casual food outlets.

June’s meeting took place at North Brewing Co. Tap, which gave me my first taste of Little Bao Boys much e-steamed (forgive me) buns. The tofu was a little meh, but the Korean Fried Bao more than made up for it – deliciously crispy coating, well seasoned chicken and topped with just the right amount of lettuce and sriracha mayo. Best of all, as I found out, you can eat it with one hand while holding a book, or indeed a pint.  I can certainly think of worse nights out. Jenessa Williams 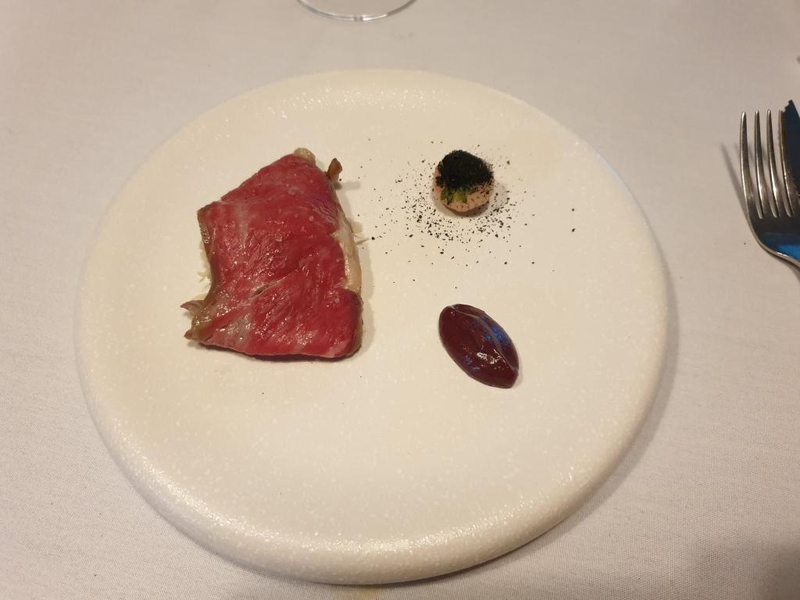 A change of concept, a new head chef in Jono Hawthorne and a renewed focus makes another visit to Vice & Virtue imperative. Stand out dishes among a multi-course tasting menu included a perfectly cooked slice of sirloin (yes, red is perfect – if you like it well done you should be shot) with twin taste bud ticklers – sour fermented cabbage and spicy mustard. It’s more formal title is Yorkshire Wagyu Sirloin Cooked on Konro Grill - Violet Mustard, Fermented Cabbage, Wakame but I’m basically eating a posh reuben, sans cheese and I couldn’t be happier. Simon Richardson 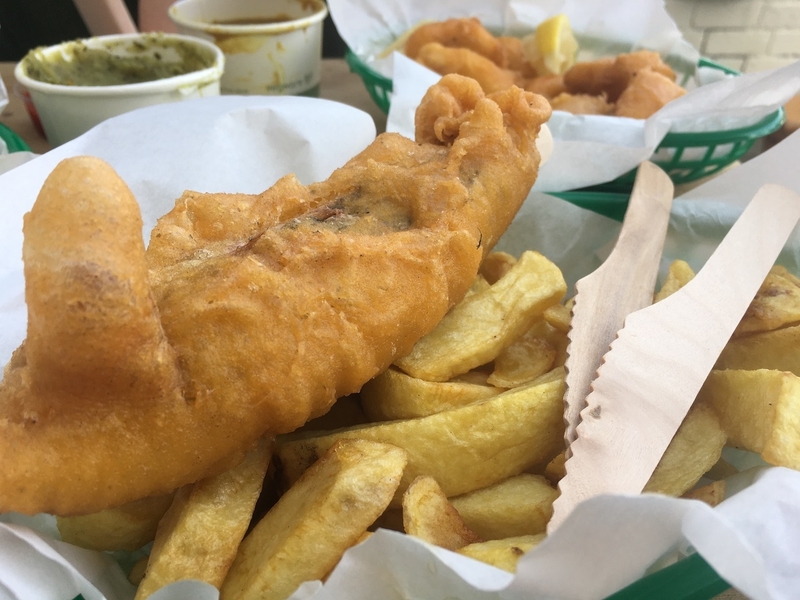 Leeds is now home to JJ's Vish and Chips, the North's first vegan chippie. Their 'vish' is made using banana blossom, which has a similar texture to jack fruit and imitates the flakiness of fish. It's delicately seasoned with herbs, and served with a wedge of lemon. The batter is some of the best I've had, crispy and golden, no soggy patches. The chips are cracking too, real traditional chip shop grub. They serve a variety of 'fishy' goods, from calamari to scampi, and each boasts a unique texture and flavour. Impressive stuff. What a time to be alive. Anja Madhvani