Despite the slogan 'data not dates', dates were a key element of the announcement and data was thin on the ground.

The plan followed a calendar structure with each date given as 'no earlier than' in each case. This is in case new variants change the course of the disease or make the vaccine less effective.

There is a five-week gap between each stage: four weeks to collect data and one to collate the results and give businesses a week to prepare. All changes will affect the whole of the UK - there will be no return to the tier system. 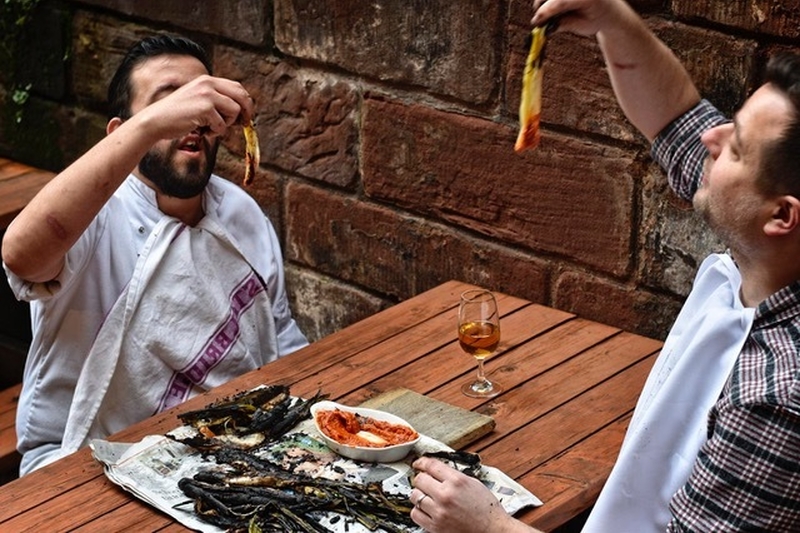 Outdoor hospitality to open in mid-April

With Step 1 focusing on schools and limited outdoor mixing, the first reopening phase for bars, pubs and restaurants is during Step 2'. This stage is slated to come in 'no earlier than' April 12 - ideally placed for the start of the Easter holidays.

Outdoor hospitality (which the headlines have referred to as 'beer gardens' for the last few weeks, though of course constitutes much more than that) can resume for groups of up to six people or more if they are from two households, as well children's activities, weddings (15 people) and funerals (30 people), outdoor attractions, theme parks and all retail - all of which directly or indirectly bear on hospitality.

The good news for pubs with outdoor space is that there will be no 'substantial meal' rule for alcohol consumption but it will be table service only.

Indoor leisure such as gyms, libraries and community centres will also reopen but no mixing will be allowed here. Mr Johnson took the opportunity to make a self-deprecating comment about personal services such as hairdressers reopening at this time also.

So-called 'pilot events' will begin in this phase also which is the tentative testing out of possibilities for larger events.

Eating in back on the menu from mid-May

All the people, so many people: You'll be able to hang out in parks and gardens with your 30 closest pals from May 17th at the earliest. Indoors, the rule of six will return but there's room for more at the table if they're from only two households.

This step is really the one for hospitality when all those venues not blessed with the luxury of outdoor dining and drinking space can welcome people through the doors again. The same rules for indoor numbers above will apply.

#hospitality staff on furlough only receive 80% of house pay. Service charge is excluded, meaning they take home 80% of 50-70% of their total salary. Disaster for anyone with a family to look after and a rent / mortgage to pay 👇🏻 https://t.co/21r9ykXhb0
— Fred Sirieix (@fredsirieix1) February 22, 2021

Whatever the result today, please allow us to get our ducks in a row before you start phoning/messaging to make a booking. We find out at the exact same time as you and will have lots of admin to do with our booking systems first. Please be kind and patient #Hospitality
— Becky Wilkes (@BeckyWilkesMCR) February 22, 2021

June 21 is when the Government tentatively expect 'normal life' to resume. All legal limits on socialising will be removed and the final sector of hospitality - nightclubs - can reopen. Large events can now take place. There will be a separate review to decide things like social distancing and mask-wearing. There will also be a review into how large events are managed, starting with the pilot events in April.

Only 3 in 10 people who should be isolating aren't isolating. A year into this pandemic the government still hasn't fixed sick pay & isolation support.

This will only be the last lockdown if the government stops forcing people to choose between isolating or feeding their family.
— Angela Rayner 😷 (@AngelaRayner) February 22, 2021

Industry leaders will be keen to hear what support packages hospitality businesses can expect from the Government.

Unfortunately, Johnson's address to Parliament was not forthcoming on details. Instead, they will have to wait for Rishi Sunak's budget, which will be delivered on March 3, meaning at least another week of uncertainty. However, the Government's own COVID-19 Response document makes for sobering reading. Furlough currently runs out at the end of April and there are hints that it will only continue in a reduced form.

The Government also seems resigned to some businesses closing, which is not good for an industry full of independent small businesses that operate on tight margins even in the best of times.

"The 3 March Budget will outline the next stage in the Government’s Plan for Jobs including further detail on economic support to protect jobs and livelihoods across the UK.

"The approach will reflect the steps set out in the roadmap: as restrictions ease and the economy is gradually and safely reopened, the Government will carefully tailor the level of support to individuals and businesses to reflect the changing circumstances.

"Despite unprecedented levels of financial help, the Government also recognises that it will not be possible to preserve every job or business. So the Government will continue to help people to find new jobs, acquire new skills or start new businesses as we build back better from the pandemic."

As @Keir_Starmer said, it is unforgivable that the government has not announced details of economic support alongside today’s roadmap. Many businesses won’t be open until May or June yet most economic support ends in April, and wasn’t enough anyway. It’s urgent.
— Lucy Powell MP (@LucyMPowell) February 22, 2021

Trying to be positive that we have a date.

How long has this been going on? The hospitality timeline

March 16 2020 - the Government tried to get the best of both worlds by urging the public to avoid hospitality venues such as bars and restaurants, but without actually demanding they closed. As closure was not a legal requirement the venues were then not entitled to any Government support. Many hospitality leaders censured the Government for this approach.

March 20 2020 - The Government were forced to backtrack and officially close venues which while devastating news meant employees were entitled to furlough and business owners could apply for certain grants. Businesses also started thinking about how to maintain revenue, whether by takeaway or meal kits.

July 4 - Hospitality reopens with "super Saturday", in which pubs reopened and many a lockdown haircut was corrected. The weather was good, the beer and hand gel were free-flowing and all seemed on the right track.

July 31 - Following Leicester, Manchester was one of the first areas to plunge back into a local lockdown from which it has never really escaped. This meant people not in family groups or bubbles were no longer allowed to meet indoors (work excepted) or even in gardens.

August - The controversial but popular Eat Out To Help Out scheme gave diners up to 50 per cent off their bill, was intended to help the economy after the lockdown which saw hospitality venues shuttered. However it was also criticised for contributing to the second wave.

December 3 - National lockdown ended but Leeds, Lancashire and Greater Manchester remained in Tier 3. Northern politicians condemned the news with Richard Leese, leader of Manchester City Council, calling it ‘unbelievable’. The term 'tier-jumper' is coined as Greater Manchester residents accidentally found themselves in tier-2 Wilmslow or Knutsford for a night out. Confusing Christmas shenanigans ended with only one day of being able to see family, which is just as well as...

January 5 2021 - Yet another national lockdown began