The locals of Meanwood have much to be thankful to Waitrose for. The ready availability of sea salt & rosemary focaccia, or mulled spice-scented toilet bleach, or jars of rose harissa (the first two being part of the “Essential Waitrose” range; I’ll have to check Maslow’s Hierarchy of Needs to see where the harissa charts). There’s also Community Matters, the virtue-signalling scheme where shoppers donate a green token towards Butterfly Conservation every time they buy a Higgedy Pie.

Most of all though, there’s “The Waitrose Effect”. A phenomenon where houses which bask in the supermarket’s affluent, aspirational glow tend to be worth around £40,000 more than the same home a little bit further away.

The demographic of homeowners who can and will pay for such a privilege also happen to provide a concentrated audience for, let’s say, regional Italian small plates restaurants, or reassuringly expensive sushi bars, or many of the very good eateries on Stonegate Road’s culinary microcosm.

I bet Nigel Slater’s house smells like this between October and February every single year, without fail.

If you were reducing all of the restaurants to Friends or Spice Girls nicknames, The Hungry Bear would be The One With The Modern British Schtick (aka Mostly-Absent-of Spice). It’s brightly-lit, there’s mismatched varnished-wood fixtures and furniture, the floor is slate-tiled (the off-cuts of which they’ve apparently repurposed as tableware) and the comforting, almost-sour scent of slow-stewing cuts of beef hangs in the air. I bet Nigel Slater’s house smells like this between October and February every single year, without fail.

It’s all maneuvered into a building that was clearly not built with hospitality in mind, the kitchen appears to have been an actual domestic kitchen in a previous life, a half-partition interrupts the open plan dining room and creates a cosy little nook away from the front door, and the upstairs dining space is dictated by the sloped roof, familiar to anybody who’s called an LS4, 5, or 6 loft conversion their bedroom. 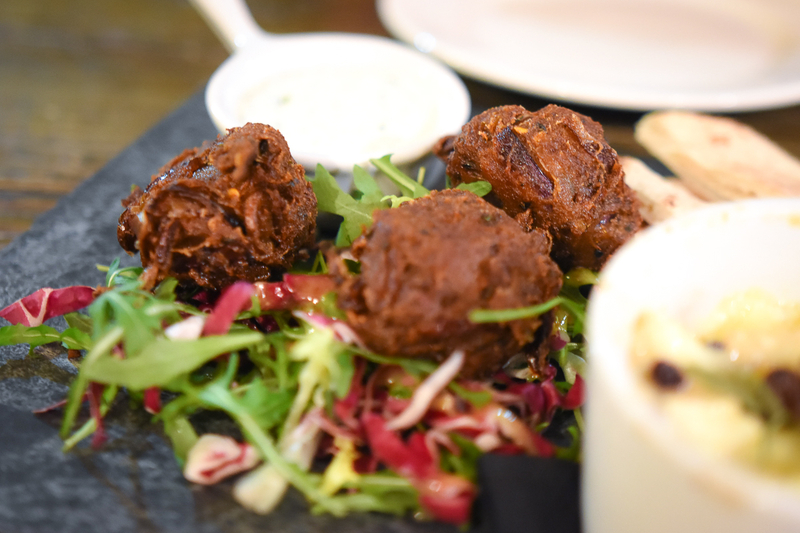 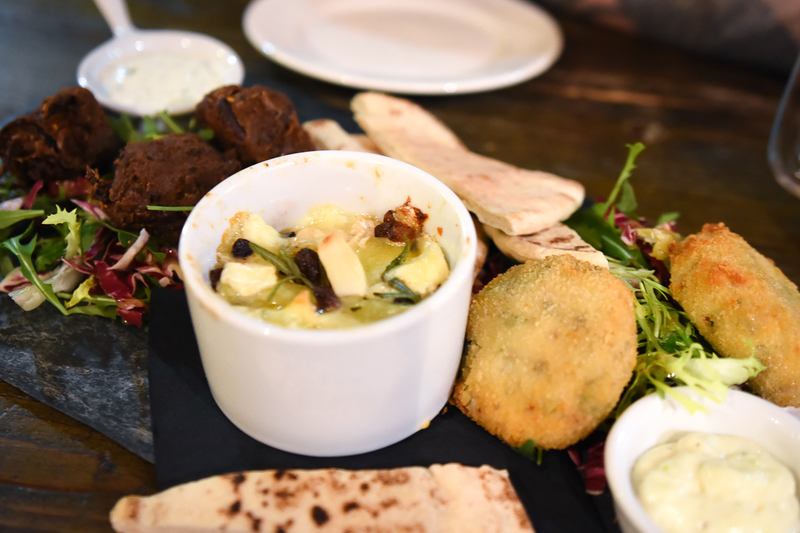 The cooking varies, as well. Pulled Beef & Black Onion fritter (£4) is more of a beef bhaji, deep fried until crunchy and acerbic, a minted yoghurt replenishes some moisture, but tastes actively unpleasant. Smoked Haddock Fishcakes (£4) are a little better, though only distantly fishy, rather than morsels of concentrated seaside aura. They’re also stodgy as, and barely more golden than a Cleethorpes sunbather in October, too. Dried Fig and Honey Baked Brie (£4) causes the most delight around the table, by virtue of being just fine.

They must realise that the starters aren’t up to scratch though; the mains are listed under “The Good Bit” on the menu after all. There’s a very good bit of Pan Fried Black Bream (£14.90) with a rich, nutty-sweet fricassee of lardon, chestnuts, and sharp jolts of silverskin onion. I wish they’d display this understanding offlavour with the Ox Cheek (£15.95), though. 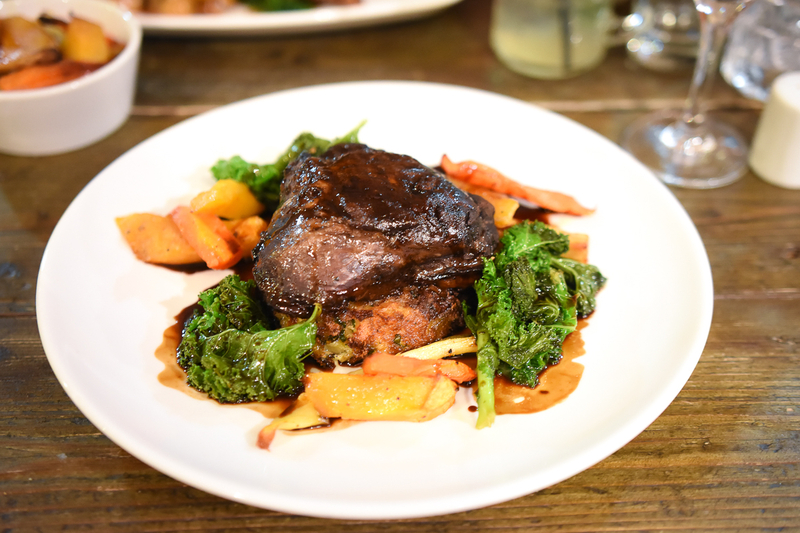 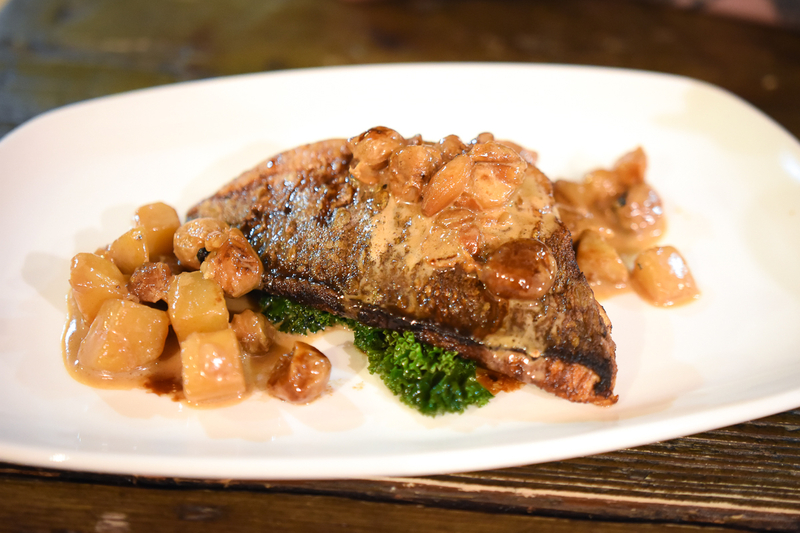 You can’t fault the technique: it’s well cooked with a sticky, unassuming exterior that belies how effortlessly it’ll fall apart under the slightest pressure (You and me both, ox cheek...), however, it’s a little one-note for such a large hunk of mass, and buttered kale and root vegetables add little variation. Throw it in a pot with some of the whisky-barrel aged porter which Hungry Bear brews in-house (as well as a thoroughly decent pale ale and bitter) though, and baby, you’ve got a stew going. That tangy, barnyard scent that hits you when you walk in is a special of brisket stew and dumplings, the smell of which alone carries more complexity than the ox cheek.

Despite a few misfires, there’s something very likeable about The Hungry Bear. Maybe it’s the little details like home-brewing, atmosphere-cultivating, very very good Lavender G&T-making - certain factors, no matter how tenuous they might seem, are sometimes capable of elevating everything around it - call it The Hungry Bear Effect.