Judging by the back cover blurb, Mark Haddon’s 2003 The Curious Incident of the Dog in the Night-time doesn’t sound like an ideal candidate for broadway adaptation.

A seemingly straight-forward investigation to get to the bottom of a Curious Incident involving a neighbour's dog and a pitchfork (imagine the worst) gives way to a with teenager facing and embracing his gifts and eccentricities.

Though not diagnosed, main character Christopher Boone (played by Scott Reid) is widely regarded as being autistic (“Christopher is not that different from the rest of us. It’s the number and combination of his eccentricities which cause him difficulties” explains author Mark Haddon)

In a pop-culture landscape littered with high-functioning autistic caricatures, it would’ve been all too easy to channel Cumberbatch’s Sherlock, or Big Bang Theory’s Sheldon, or Community’s Abed (similarities between the set and Abed’s “Dreamatorium” are purely coincidental), but Reid’s Christopher is his own, studied character; enriched by - rather than reduced to - layers of quirks. 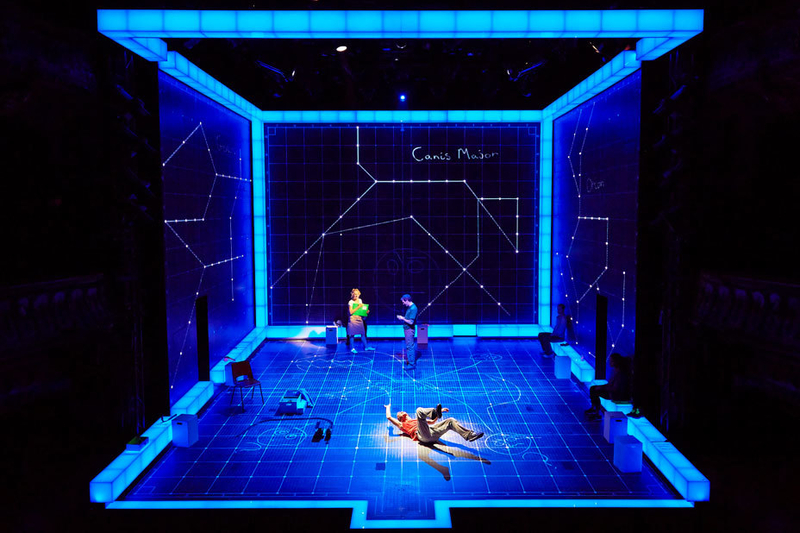 Christopher’s fascination with mathematics and its logical, systematic, and certain reliability is reflected in the mesmerising set design. The gridded, illuminated cube utilises intricate sound and lighting cues to pivot on the axis of time and space, representing points on Christopher’s journey - Mrs Shears’ garden, a police station, the most overwhelming interpretation of Swindon train station ever put on stage… - and his inner psyche, then back again in the space of split-seconds.

The gridded, illuminated cube utilises intricate sound and lighting cues to pivot on the axis of time and space, representing points on Christopher’s journey - Mrs Shears’ garden, a police station, the most overwhelming interpretation of Swindon train station ever put on stage… - and his inner psyche, then back again in the space of split-seconds.

There’s an irony in the production, in that much of its most effective devices would be lost on a main character who, by his own admission, doesn’t understand metaphors (“Metaphors are lies” Christopher states bluntly) - jarring sound and lighting effects, movement within space, and the clever use of a sentimental toy to represent emotional cognition.

Christopher also can’t stand to be touched, yet it’s when the cast comes together in physical, choreographed routines that he’s able to navigate all axis of the grid. Clumsy? A little, but visually outstanding, and it gets the point across. 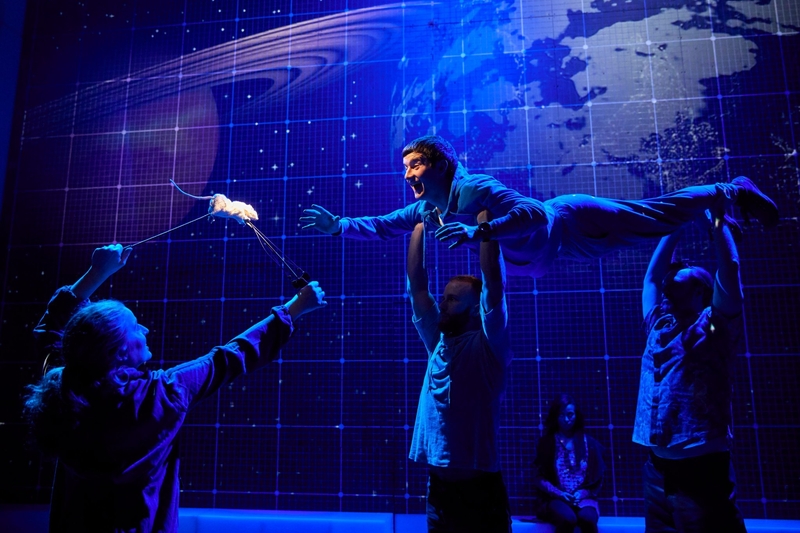 Without the inner mechanics to back it up, though, all of this would be a gimmick.

Luckily Curious Incident boasts a largely successful adaptation (the play-within-a-play format does lead to a couple of instances of Synecdoche, NY-style mental backpedalling to unravel the levels of meta, but these barely distract from the overall show) that never underlines the sentiment or shies away from subjects like adultery and child abuse.

Impeccable performances come from the ensemble cast, too. Special mention goes to Lucianne McEvoy as life skills teacher Siobhan, and David Michaels as Christopher’s father, who tints his portrayal with a hanging-on-by-a-thread frustration that’ll ring familiar with anybody who’s ever been a difficult fifteen-year-old.

Any play that causes an audience to echo its opening line “F*ck me” at curtain call before making them roar with laughter at, of all things, an explanation of Pythagorean theory really is a curious thing.

Basel, Switzerland: 'Art with a capital A'
Read Next
Web Design Manchester MadeByShape