There’s no denying it: City Centre rent prices have reached crisis level. A quick, depressing wander up and down the Headrow on Zoopla yields a few studio and one-bed flats, all cosying up to the £1,000 a month mark.

Just behind the Headrow, on South Parade, is Stockdales. A grill house-cum-brasserie that also serves as temporary lodgings for steaks, putting them up for the best part of a month in the ageing cabinet - a UV-lit, temperature and humidity-controlled cupboard where severed limbs and sub-primal cuts with bone and fat and caps intact hang for 28 days.

This removes moisture, increases tenderness, and matures and intensifies the natural flavours of the meat. It looks like something Jeffrey Dahmer would get from Brighthouse, and it's roughly as spacious and comfortable as the nearby grand-a-month studio apartments

Taking into account the month’s rent and board and you see how Stockdales arrive at their prices - 16oz of Sirloin or Rib Eye will set you back at least forty quid before you’ve added your chips and bearnaise.

Prices for the Wagyu - beef from Japanese cattle breeds desirable for its intense fat marbling, and because ordering it loudly lets the restaurant know you’re billy big bollocks - veer towards nihilistic: £37.50 for 10oz of Sirloin. £42.50 for 8oz of Fillet.

Once aged, they’re cooked in the Josper, a charcoal grill that reaching temperatures hotter than hell, or a chef’s thighs during a shift in August. It’s another bit of kit that reaffirms Stockdales’ intentions - if you want cheap steak go to Wetherspoons on a Tuesday. If you want a steak where no corner has been cut from the calf to plate, this is the place.

12oz of Rib Eye (£32.50) demonstrates this well -mineralic in flavour, consistent in texture with a decent bit of chew (Tender is fine, but never to the point that it resembles one of Marco Pierre White’s Knorr stock pots), and an intense char on the outside, and a decent amount of yellowing fat, with a mild funk from the ageing. 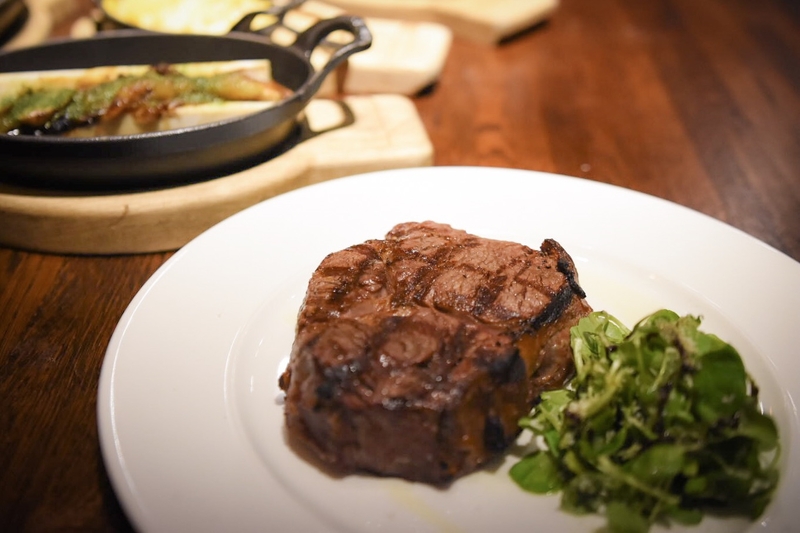 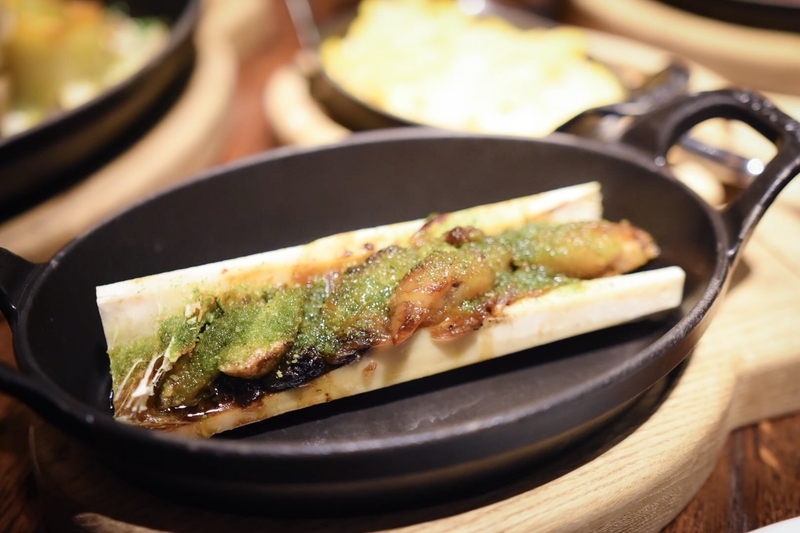 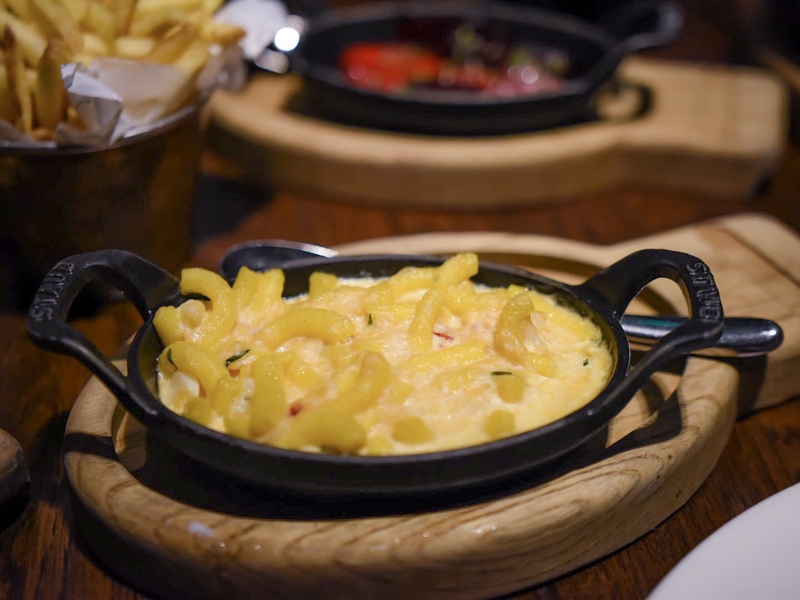 This isn’t just a temple of fire and flesh though - the menu features brasserie dishes with Yorkshire produce front and centre, developed with help from Anthony Flinn - formerly of Anthony’s in the Corn Exchange, now a restaurant consultant - and head chef Jonathan Davies.

Baked Bone Marrow (£5) is an optional side to any main - a calcium-luge blobbed with roasted marrow, mixed with bacon jam to add sweetness and smoke to the blunt thump of fatty richness. I dip my chips into it as if it were a condiment, and feel like Vlad The Impaler.

Speaking of fries, Truffled Fries with Parmesan (£3) are technically brilliant and there’s a good earthy honk of white truffle oil, but but more parmesan would’ve been nice - I might as well have been looking at the “After” segment of a Head & Shoulders advert.

A side of Lobster Mac & Cheese (£8.50) is a rare example of the menu trying to be trendy or contemporary, and confirms that Stockdales is at its best when sticking to the classics - a shallow puddle thin, wet cheese sauce, overcooked pasta, and a negligible amount of lobster. I’ve eaten better from a sachet. We leave all but one or two forkfuls. 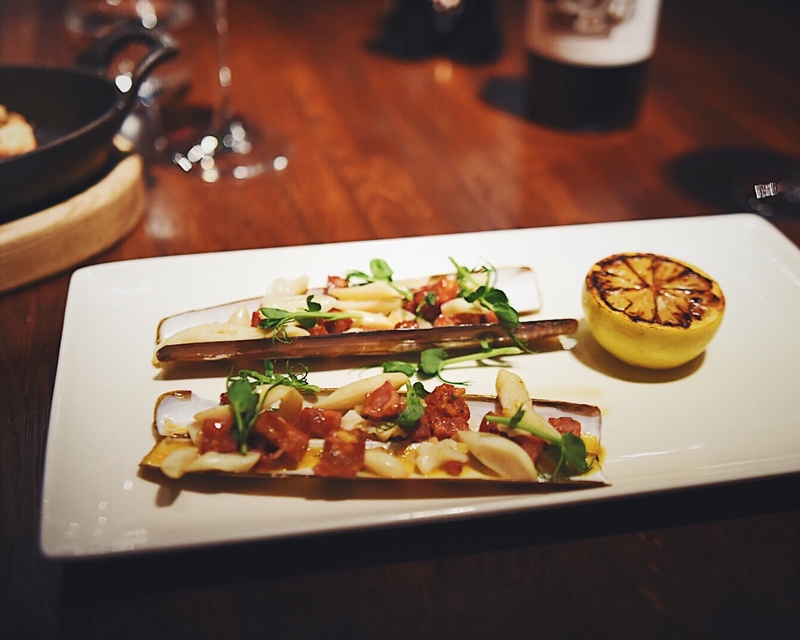 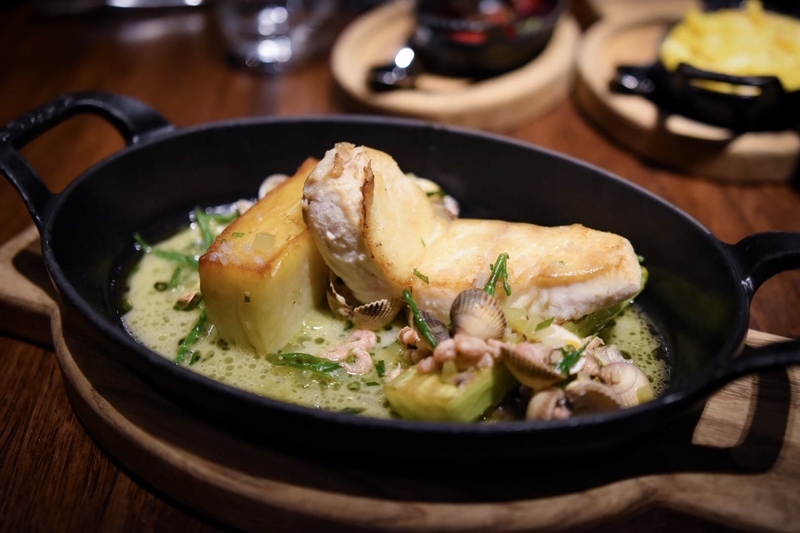 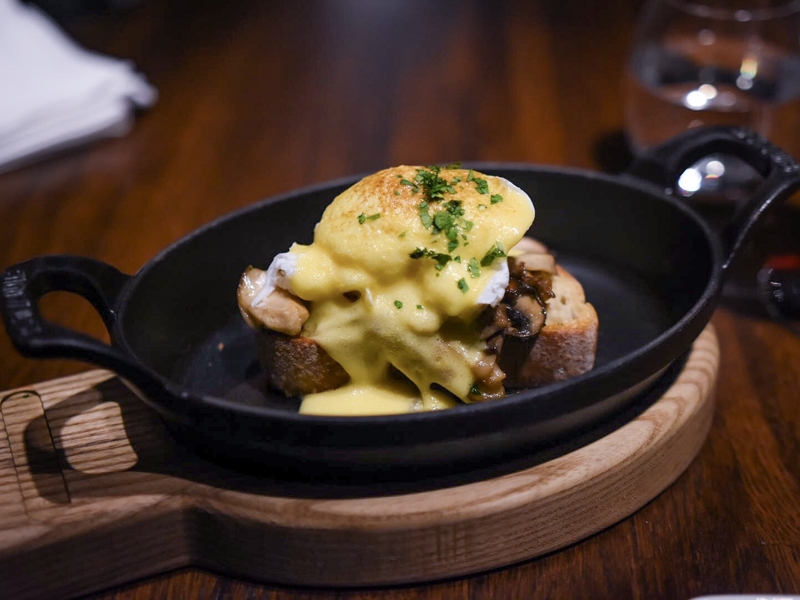 The good stuff is really very good though - sweet razor clams (£8) with sharpness from charred lemon juice and pickled shallots, and oily, spicy chorizo; a funghi-heavy take on eggs Benedict (£7) with truffled hollandaise smothering a poached duck egg and wild mushrooms; juices from roast hake (£27) - which for some reason is served bent at an obtuse angle - combine with those from a buttery pommes anna, given freshness by charred cucumber.

Stockdales Martini (£9.50) is outstanding - herbal, perfumey Kummel Wolfschmidt and Lillet Blanc making it taste like a regular Martini that’s been set upon by a shopful of enthusiastic Lush staff. A 2010 Vivanco Reserva Rioja (£42) is one of the more frugal options from the wine list - it’s a great bottle, all winter berries and tobacco, but would be at least a tenner cheaper in less opulent surroundings.

And it is a beautiful dining room - like a modern day members-only club. There’s exposed brickwork, dark wood, parquet flooring and panelled walls; finance-district man-spreaders sit in leather armchairs at large round tables and get louder as they work through the wine list, testing the tolerance and politeness of the serving staff, who remain gracious. The room itself is a little harshly lit and might benefit from the dimmer switch was dialled down a little, but we ate at 7pm, the ambience might come later on in the service.

City Centre rents will continue to soar as long as nearby leisure offerings and amenities keep expanding onto their doorsteps (As well as Stockdales, the excellent Ricci’s and Iberica opened within a stones-throw of each other in 2016). My advice? Rent somewhere cheaper in the suburbs and get an Uber into town. Save your money for razor clams and Martinis...

How did the North do in this year's Michelin awards?
Read Next
Web Design Manchester MadeByShape