I recently spent a bit of time in Los Angeles, which, due to its proximity to United States’ southern border, has assimilated Latin-American culture since a time before even La La Land can hark back to.

Right now - or at least, three weeks ago - the most tangible result of this is the ubiquitous presence of taco trucks and taquerias; unfancy cantinas and street food carts slinging out handheld beef and pork tacos for a couple of dollars at a time. Aside from the food, the most common shared trait is they way they’re plonked around the neighbourhoods - equally likely to be next to a strip-mall nail salon, on Hollywood Boulevard, or parked up by a car impound lot. The greater the dissonance with their surroundings, the bigger the pay-off when you make the effort to go there and try the tacos.

Lupe’s Cantina is very much in the spirit of these LA taquerias; sitting among a builders yard, a petrol station, and a second-hand warehouse on the lesser-loved end of Cardigan Road - its bright yellow fascia an unapologetically incongruous beacon of exoticism 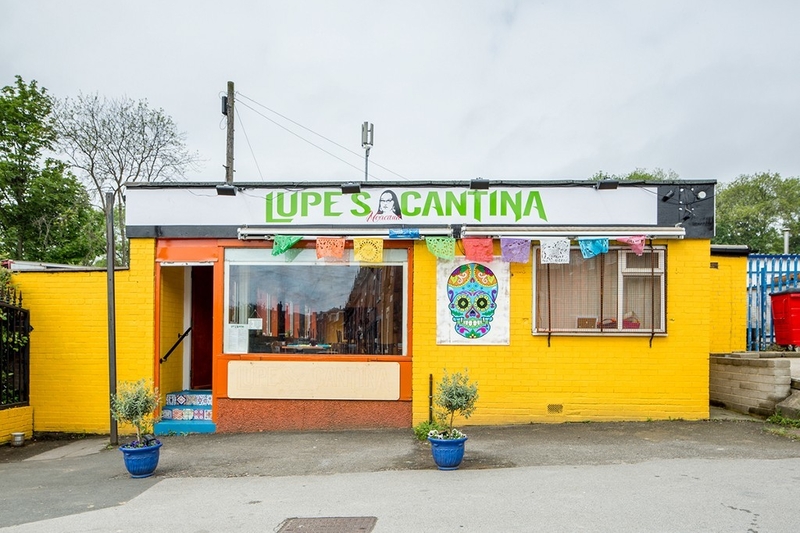 Inside is a power-clash of terracottas and blues and yellows, patterned ceramics, and heritage-celebrating decor of flags, sugar skulls, sombreros and Día de Muertos statues accumulated by the husband and wife Rudy and Tansy.

We sit at the bar drinking imported Pacifico and Modelo beers and chat to Tansy between her hosting duties; Rudy mostly stays in the kitchen, making guacamole fresh to order, and salsas and moles to recipes formulated in his native Veracruz, Mexico. Occasionally he’ll nip round to ask how we’re getting on, or produce a brief ten-foot flame from the grill to let us know he’s still there, but mostly his presence is there in the food 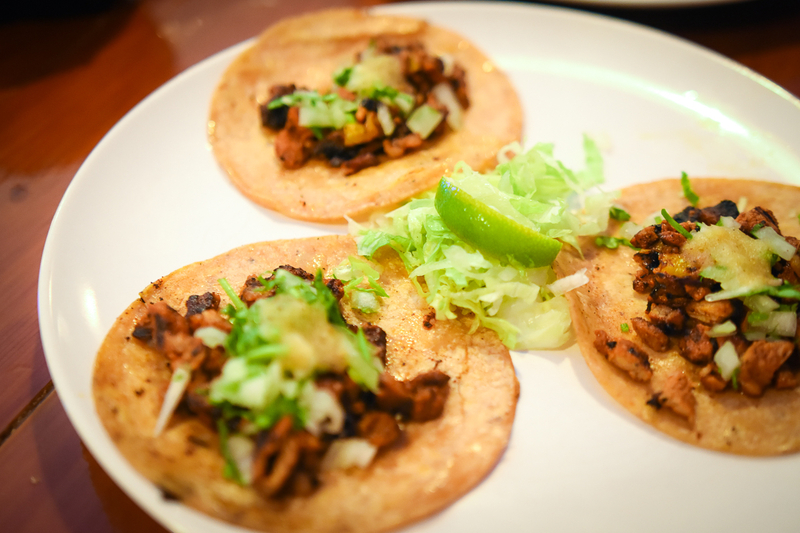 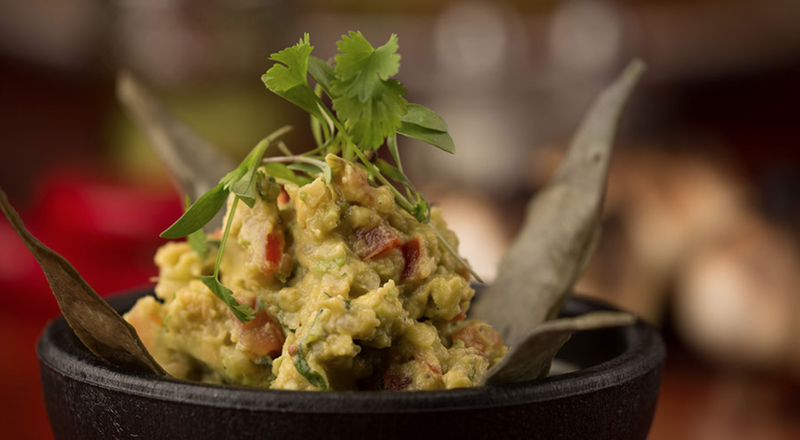 We try a few types of taco, served in homemade, near-waxy corn tortillas: Al Pastor (£4.95) is slow-cooked and grilled pork, given a lick of smoke from ancho chilli and achiote rub, and sweetened just-so by a chilli de arbol salsa and grilled pineapple - like pulled pork for people who don’t need to bludgeon their tastebuds to derive enjoyment from food. De Carne (£5.25), or skirt steak, is flash-fried to keep it tenderness; its minerality and char soothed by fresh coriander, onion, and a sweet, roasted tomatillo salsa.

Enchiladas de Mole Negra (£7.25) isn’t much of a looker, and unfortunately it’s not inside what counts either - the shredded chicken inside isn’t so much subtly flavoured as just bit bland. Its saving grace is what’s going on up top, though. Mole Negra is an ancient Oaxacan sauce, delicately blending charred spices, toasted nuts, onion, dried chillies, and bitter chocolate.

Looking at the list of ingredients, you might think it'd be similar to Romesco - the excellent, sweet-piquant-nutty-smoky Spanish sauce that would make a gangrenous limb seem appetising if you smothered enough of it on one. You might as well compare Boards of Canada to a dial-up modem, though. The joy here is in the complexity rather than intensity; balance and restraint giving you chance to appreciate the nuance. 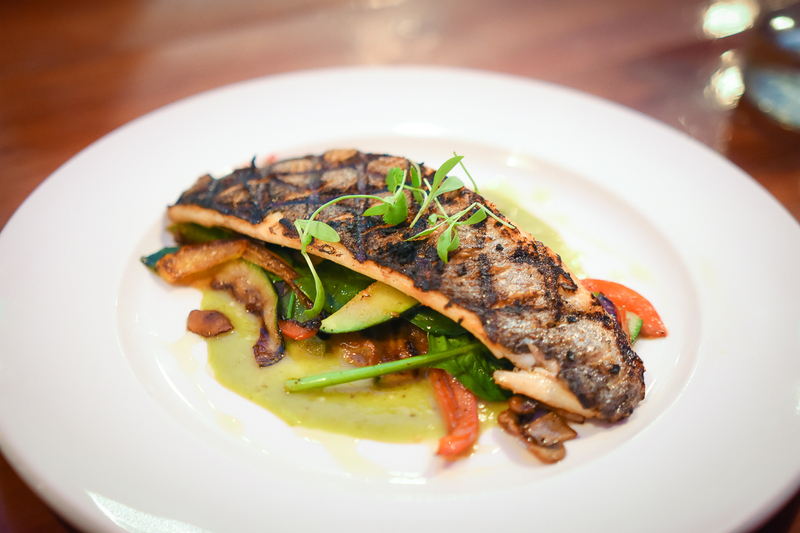 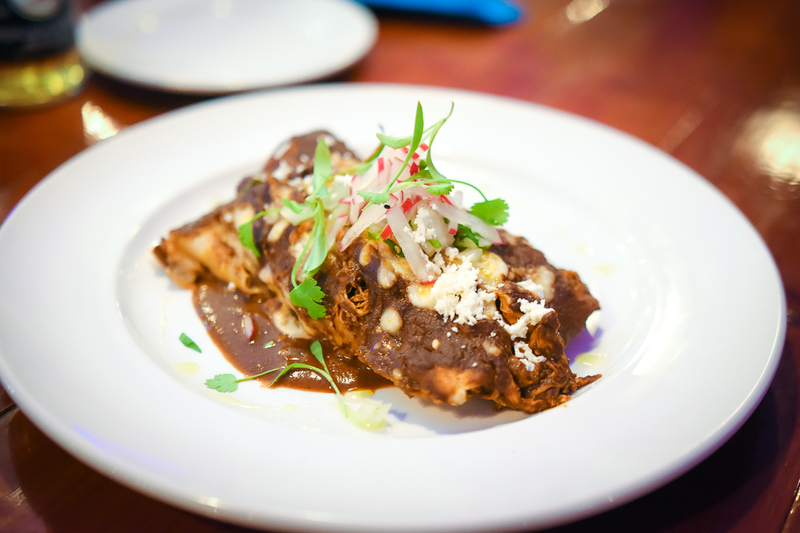 Less nuanced but just as pleasing is a sharp, herby green mole served with sea bass and grilled vegetables (£8.25). It’s the type of meal that smug TV chefs cook on the beach after catching a fish with their bare hands, while declaring “You simply haven’t experienced seafood until you’ve eaten it with your bare hands while the tide washes in around your ankles”. Wankers.

Mind you if this is anything to go by, they might have a point. There’s a pure black criss-cross char on the skin where the grill has bridged the gap between fire and fish. I’m briefly reminded of Daily Express headlines about burnt food causing cancer. I can think of worse ways to go than by eating this, though.

Before opening Lupe’s, Rudy worked at the beloved Italian small-plates restaurant Zucco, in Meanwood. Aesthetically the two restaurants couldn’t be much different, but beneath the surface they’re kindred spirits, both serving faithful recreations of regional cuisine without any pretence.

Lupe’s is the best Mexican restaurant in Leeds. Will that be the case in six months time? Who knows. At least two new contenders are on the horizon, and whether they turn out to be "better" or not isn't really important.

The significant thing is that these are restaurants inspired by Mexican food eaten in countries and cultures all over the world, soon to be assimilated into our own City's cultural identity.

Despite efforts of frightened, inadequate sociopaths, we continue to welcome, appreciate, and learn from other cultures. Los Angeles has done that it for centuries and is a more vibrant, interesting place because of it; now, so is this part of Hyde Park.