Until pretty recently, Mexican restaurants in England involved things entombed in big floury tortilla wraps, sloppy chilli con carne with only a few atoms of cumin differentiating it from bolognese, and portion sizes big enough to make you Old El Pass-out from exhaustion. All of which is about as convincingly Mexican as your Mum’s pronunciation of jalleppinoss.

Thanks to the likes of Thomasina Miers and her chain of Wahaca restaurants, the good stuff is gradually infiltrating the market - average taco shell rigidity is at an all time low, we’re eating so much guacamole that there’s genuinely a “global avocado crisis” (good band name), and soon there will be entire generation who will grow up never knowing what kidney beans are; shrugged into to the annals of history along with floppy disks and the One Pound Fish man. 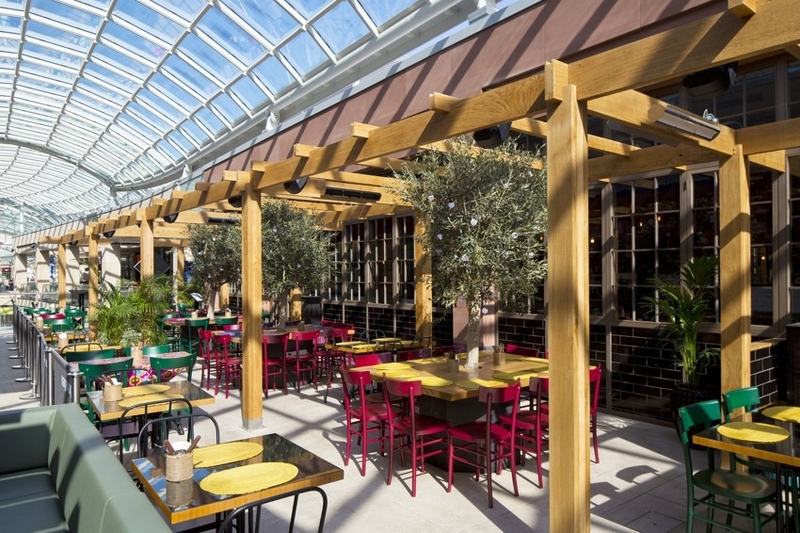 Cielo Blanco is helping sway the tide as well, the Leelex group restaurant is a loose spin-off of the their agave-forward bar Call Lane bar Neon Cactus, which marks the first time in history that tequila has led to something good happening.

Dishes inspired by the bold, fresh flavours of South-Central Mexican regions such as Oaxaca and Yucatan and the Federal District, and an emphasis on “social eating”.  It says it right there on the front of the menu, as if it’s the house sigil on the Cielo Blanco coat of arms.

In practice, that means cooperative ordering strategy and hoards of communal plates on tables draped in psychedelic floral oilcloth. It’s something that’s only rewarding when there’s enough diversity on the menu and on the table so you can tell your tacos from your tostadas and ensure you’re not sociably-eating eight versions of the same thing. 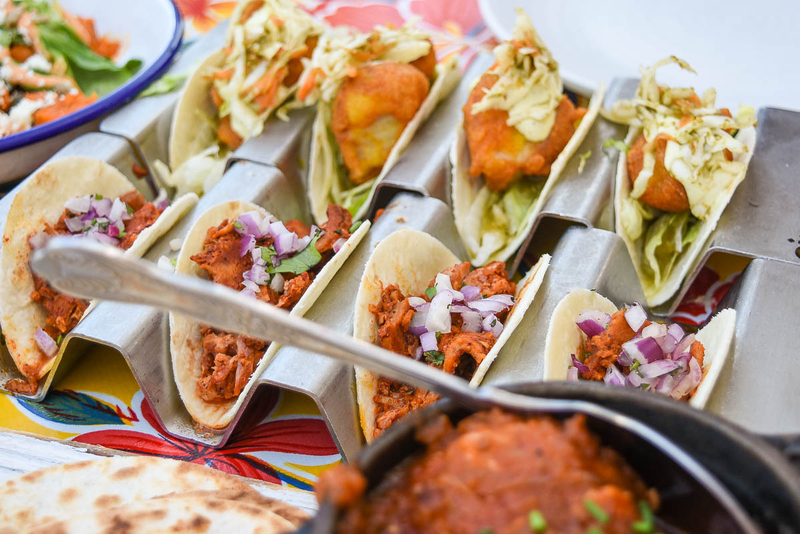 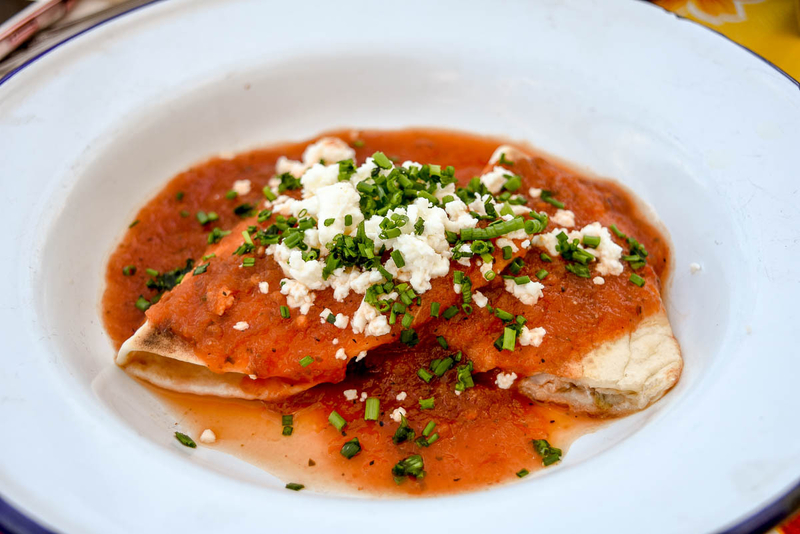 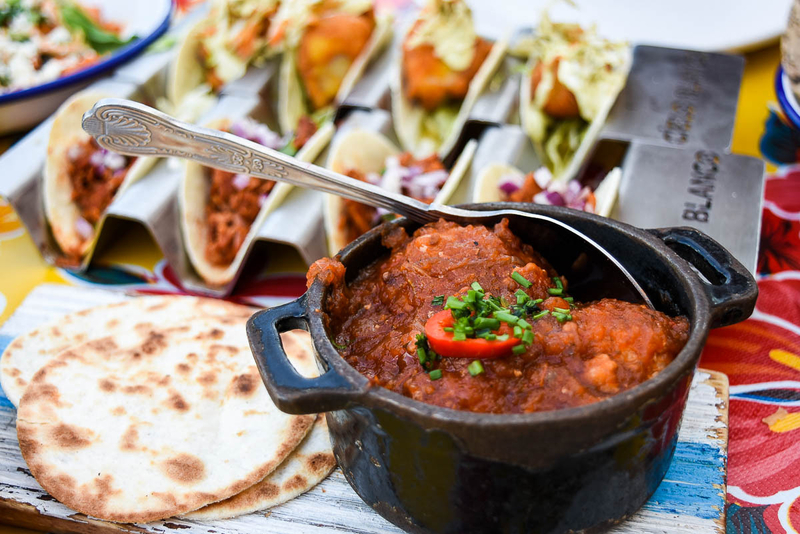 So there’s al pastor tacos where the pork tastes intensely piggy, lively with fresh onion and coriander. Beer-battered fish ones with a lime crema which feels like slamming an ice cold Corona on spring break in...Whitby. It’s separated at birth from the other fish-in-a-tortilla dish, where it’s marinated in earthy, nutmeggy achiote and folded into an enchilada. That’s topped with a surprisingly delicate tomato sauce which in turn is completely different from the sauce with the pork and chorizo meatballs in, and so on. This isn’t Juan-size-fits-all style cooking.

There’s little clues dotted throughout which nod that the kitchen isn’t taking shortcuts, too. Even the most gullible of old wives know that putting an avocado pit in guacamole won’t actually stop it turning brown, but it does subtly remind you that it was made by an actual person, and not scooped out of an industrial vat. 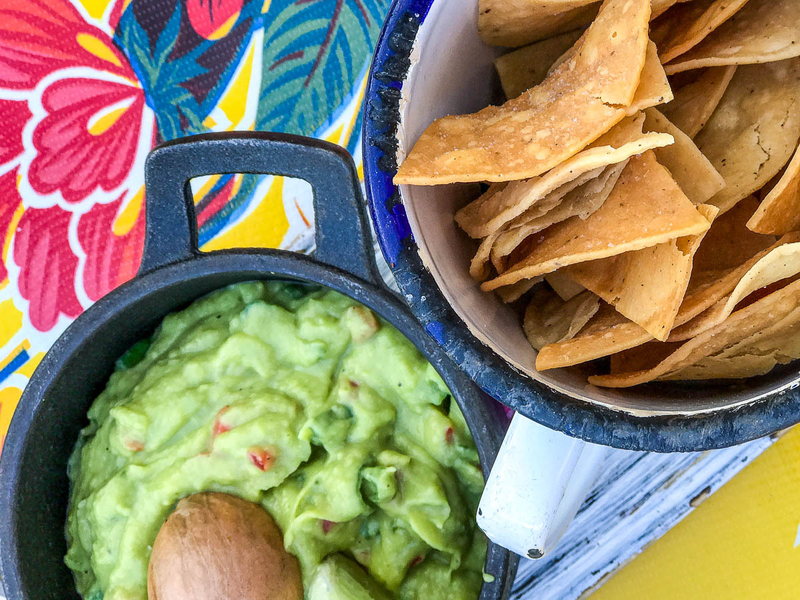 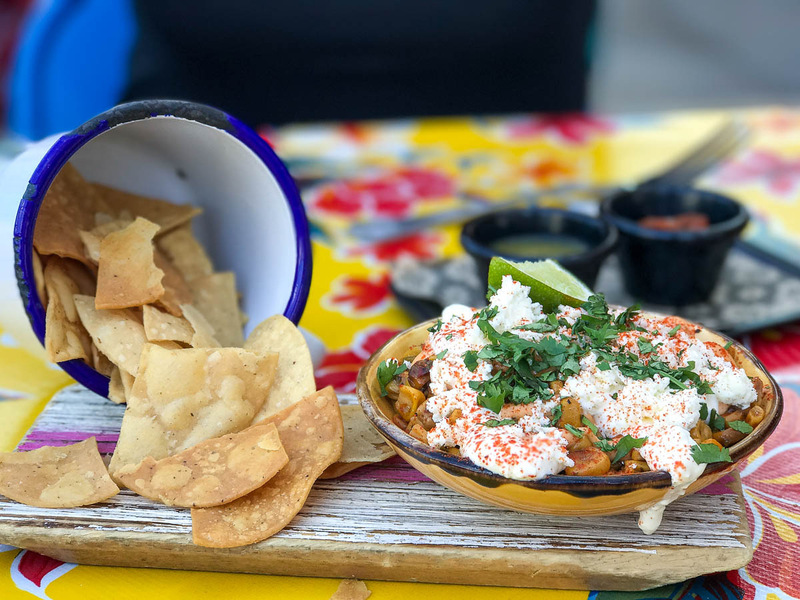 The actual person who made it could’ve done with using a little less olive oil and a lot more salt, if you want something to delve into with tortilla chips, go for the Chilango street corn, where the kernels are shaved into a bowl still warm and topped with chipotle mayo, sour cream, and crumbled cheese. It’s so good it might single-handedly cause the downfall of this “sociable eating” sharing thing.

At least we’re not charged extra for the avocado pit in the guacamole, though; served in a glass, the Tequila Colada cocktail would be about eight quid. Served, as it is, in a “shaved young coconut” though it’ll set you back a ludicrous £13.50. True, I didn’t have to order one, but I’ve never turned down a cocktail served in a piece of fruit, and I don’t intend to start today. 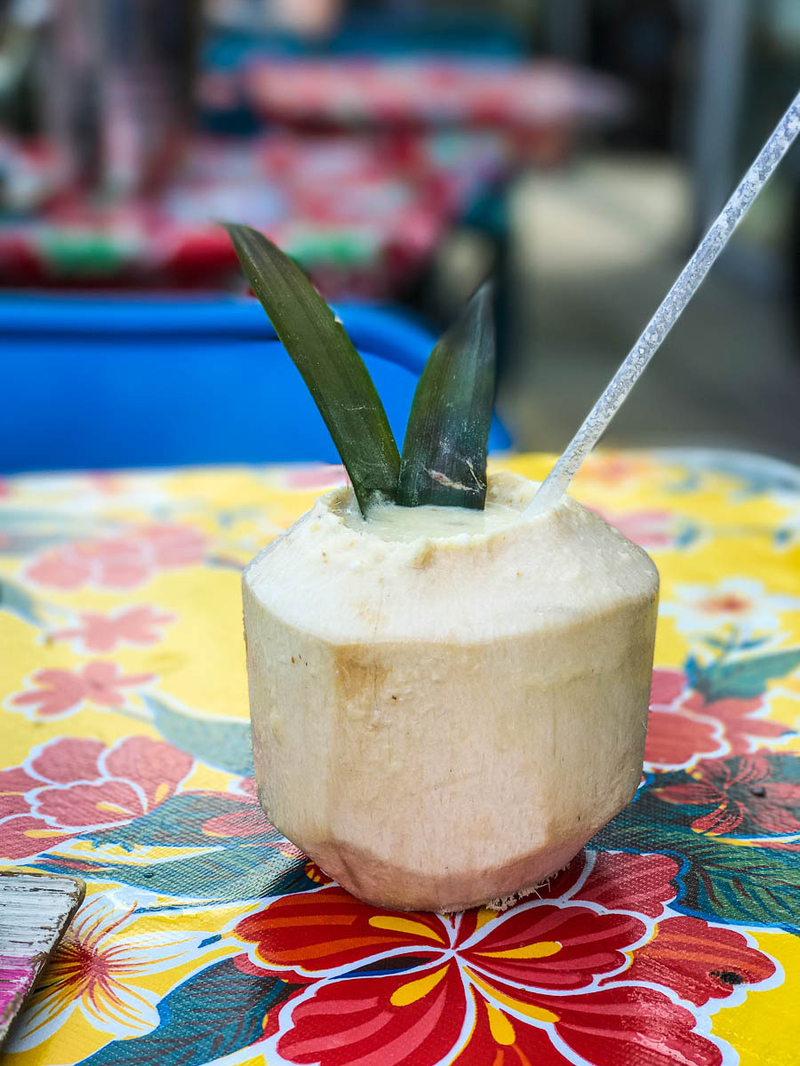 Still, you can see why they’d want to be perfectly clear about the efforts the kitchen is going to - at the end of the day this is a restaurant in a shopping centre, and that comes pre-installed with low expectations from customers whose previous experiences in TGI Fridays and at food courts have made them sceptical of any restaurant that shares a roof with a Claires Accessories. Cielo recognises this though, and it swerves all preconceptions and exceeds expectations.

Give it a go. And take some mates with you, don’t be antisocial.