As the city centre continues to grow, the south of Leeds is due - and by all accounts is on the verge of having - A Moment™. Between the South Bank Development, HS2 proposals, Burberry headquarters, and a complete facelift of the landscape around the Tetley, the actual epicentre of town is moving closer and closer towards the Aire, but there’s still a huge psychological niggle that venturing over a narrow body of water or underneath a railway bridge is, ugh, a right mission.

Whether down to laziness or just being accustomed to the luxury of living in a concentrated city centre, it’s a mindset that we’re going to have to shift in the next five years or so - especially if places like Water Lane Boathouse keep popping up down south.

Until now, this area of town has plodded along, inhabited perfectly fine bars and restaurants, but lacking the presence of that one killer app to make it a destination, rather than the proximate default for people living or working nearby. With a track record of taking dilapidated lots and turning them into premier venues, who better to do that than the team behind Belgrave Music Hall and Headrow House; true Dr Frankensteins of Leeds leisure. 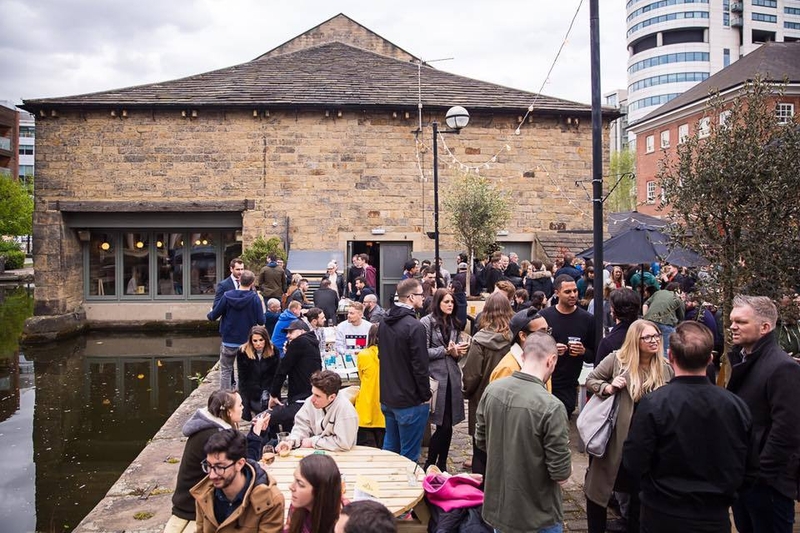 Location dictates that Boathouse’s main appeal is to nearby workers, for lunchtime blow-outs, expense account client meetings, or post-work drinks. There are a few things which differentiate it from your typical office local and the source of sore heads every Friday morning, though, not least the fact you’d need six numbers on the office lottery syndicate to finance anything close to a hangover here.

Aside from a few big names on keg at a reasonable-ish price (read: negligible change from a fiver), the bar’s occupied by of-the-moment breweries like Deya, Verdant, and locals like Magic Rock and North Brewing Co. My bottle of something or other from the North East’s Wylam Brewery came with neither a warning that it was going to cost £6.90 when I ordered it, nor a defibrillator for when I noticed the price on the bill.

The gin craze continues to endure here; double measures served in glasses the size of an old diver’s helmet, spiked with sprigs of herbs and wedges of fruit to give the impression that £9-£15 is good value. Time it right and after 8pm on weekdays you can get a second one for an extra quid, which makes things a little more realistic. 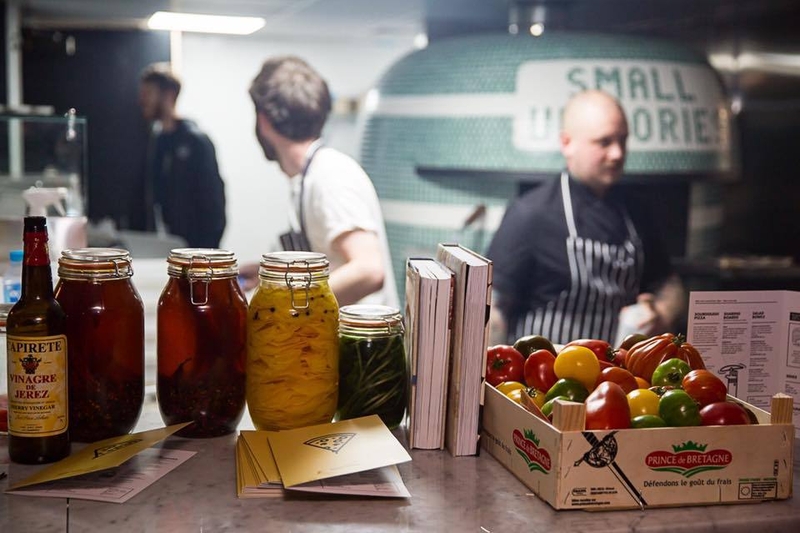 The menu gives nods to and leaves breadcrumb-trails from its sibling restaurants; little things here and there that they’ve had chance to hone, or signature flavours or ingredients. Just like Headrow House’s Ox Club, much of the food’s personality comes from one great big bit of kitchen kit. In this case, a wood-burning oven custom made and brought all the way over from Napoli, the hometown of pizza.

Anything on the menu served above room temperature has had some kind of run-in with this thing; it bakes buns which become burgers and sourdough loaves for sarnies, roasts the chicken for club sandwiches, balsamic onions and cauliflower for salads, and generally grafts away providing a heroic return on investment. 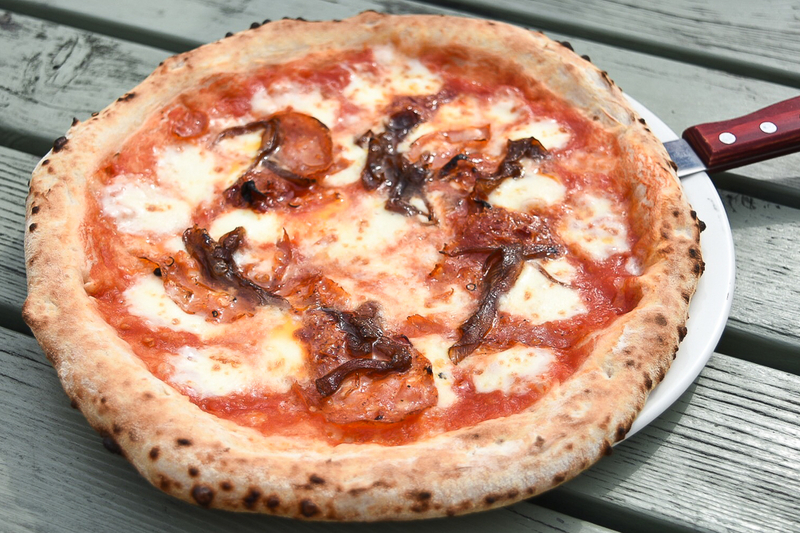 And, of course, it makes pizza. Glorious pizza. Pizza with crust all salt and stretch, leopard-printed with scorched air bubbles; a result of the dough being proved since the morning before to give the gluten proteins chance to break down. The toppings follow a similar approach as the pizzas at sister-slice joint Dough Boys, simple, well-sourced ingredients that play nicely together, like tousles of slow-cooked ox cheek and horseradish, or the fire-made-flesh of nduja sausage soothed with mascarpone.

In fact, the produce here is so good that they make salads seem desirable: roast & pickled beetroot supported by raspberry & sorrel; turmeric-roasted cauliflower all earth and mineral, zhuzhed with jammy golden raisins, smoked almonds and yoghurt; even the dreary-sounding quinoa and kale (try not-saying that along to the Kenan and Kel theme tune) one has got pomegranate, soy roasted pumpkin seeds, and orange and tarragon dressing going for it. 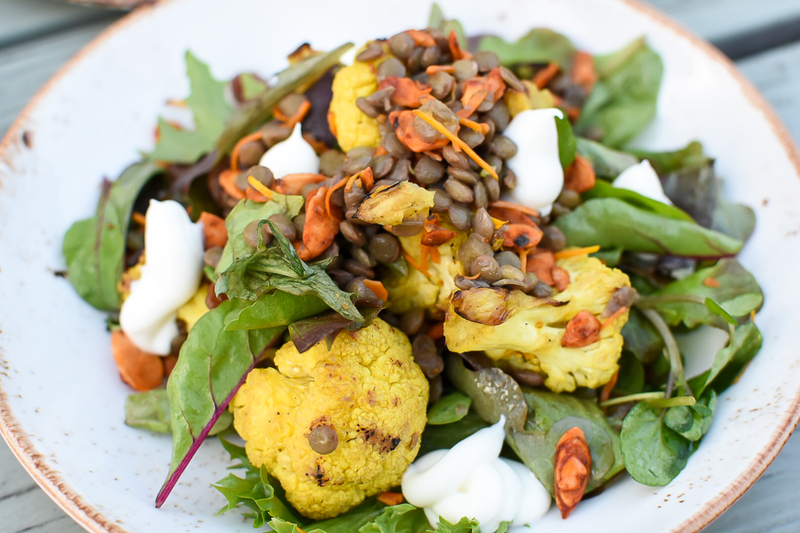 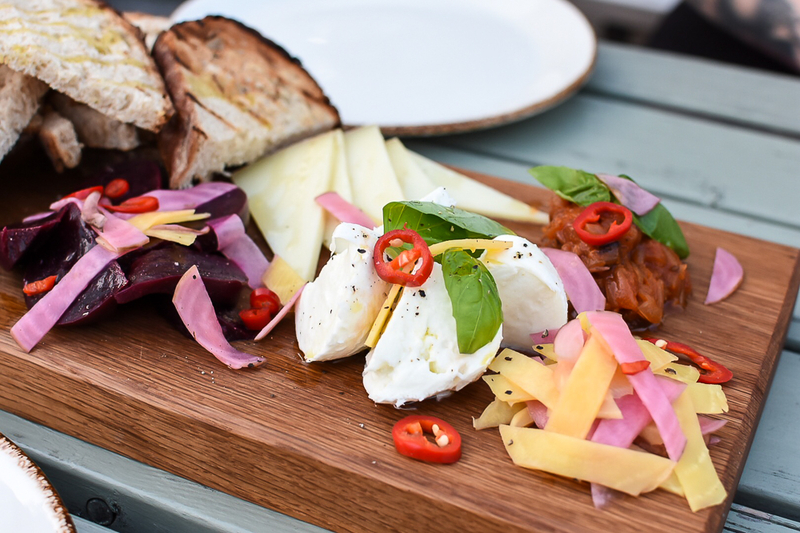 There’s burgers. Which is to say, a burger, and it’s kind of nice to not be bombarded with the illusion of choice. It’s got that homemade bun, it’s got two patties of aged beef, it’s got cheese - real stuff, not goop the colour of a DHL van - and it’s got bacon in the form of bacon jam. It’s got potential, but the individual elements don’t quite banter with each other the way they do in the very best - make it one big patty instead of two, amp up the sweet and sourness of the pickles and funk of the cheese, and we’d be in top five territory. The vegetarian equivalent replaces the meat with a white bean, beetroot and fennel patty smothered with a tangy tomato jam, and it’s an absolute blinder. 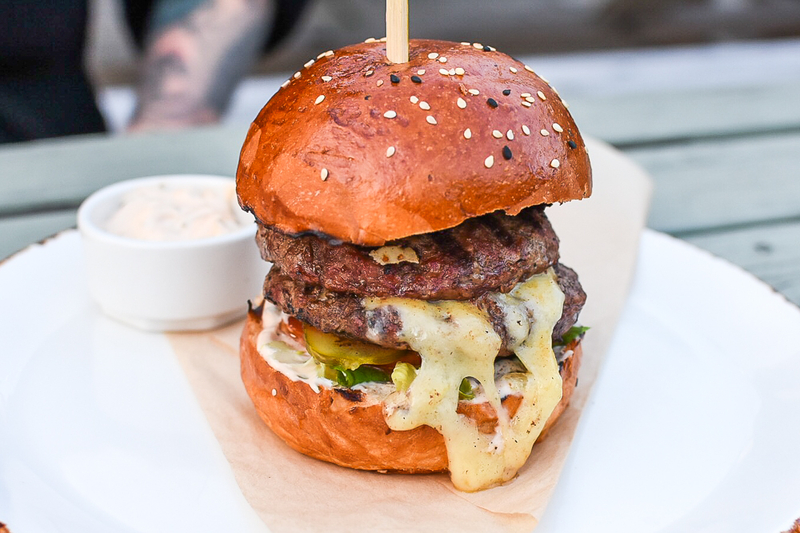 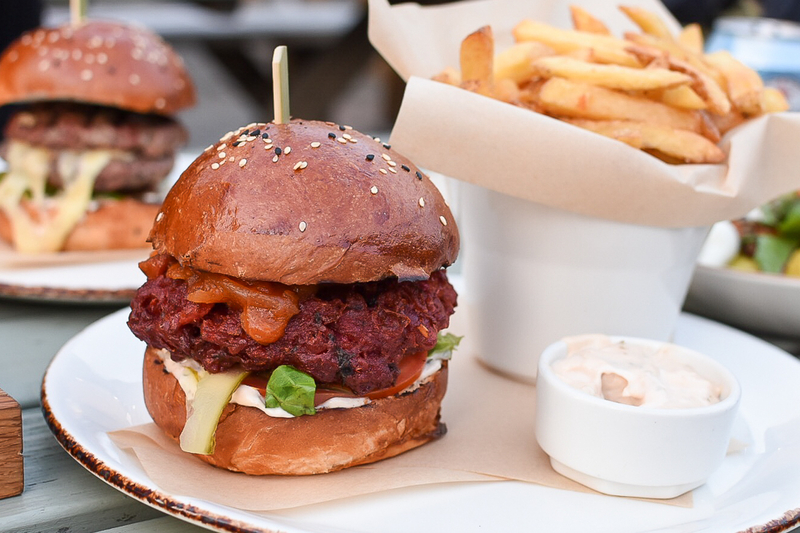 And for the past few months since its launch it seems to be doing the trick. Admittedly, you could set up a mobile lumbar puncture tent in this picturesque canalside location and wouldn’t fail to attract a significant number of people throughout the Summer, but packed out events like August Bank Holidays’ weekend-long Leeds Feast have proved that punters are willing to go out of their way for what’s on offer.

Winter will be the real test, but with the inside dolled up to be just as attractive as the waterside, it shouldn’t struggle to bring people in. If this is the precedent set for this end of town, then Leeds southward-shift should be smooth sailing.