Restaurant Review - The Man Behind the Curtain

How is Leeds' Michelin restaurant doing now their starman has gone stratospheric?

You’ve got to feel a bit sorry for The Man Behind the Curtain. While the team’s aspiration to be a Michelin-star restaurant is clear, it never asked to be Leeds’ only Michy-starred restaurant. Standing out so far and above its peers has put it in a bit of an awkward position; less a place where people can go and eat interesting food, more a spectacle, entertainment attraction, and compulsory bucket list item all rolled into one.

Gone is all mention of the “carte blanche, not a la carte” philosophy it operated on when I first visited two years ago, which gave the restaurant unlimited authority over each service.

When you become a high-profile “event” of this calibre, there’s an unspoken obligation to provide what the audience has come to expect. If you buy tickets to Wrestlemania and don’t see anybody get smashed over the head with a steel chair, you’re going to feel short-changed. 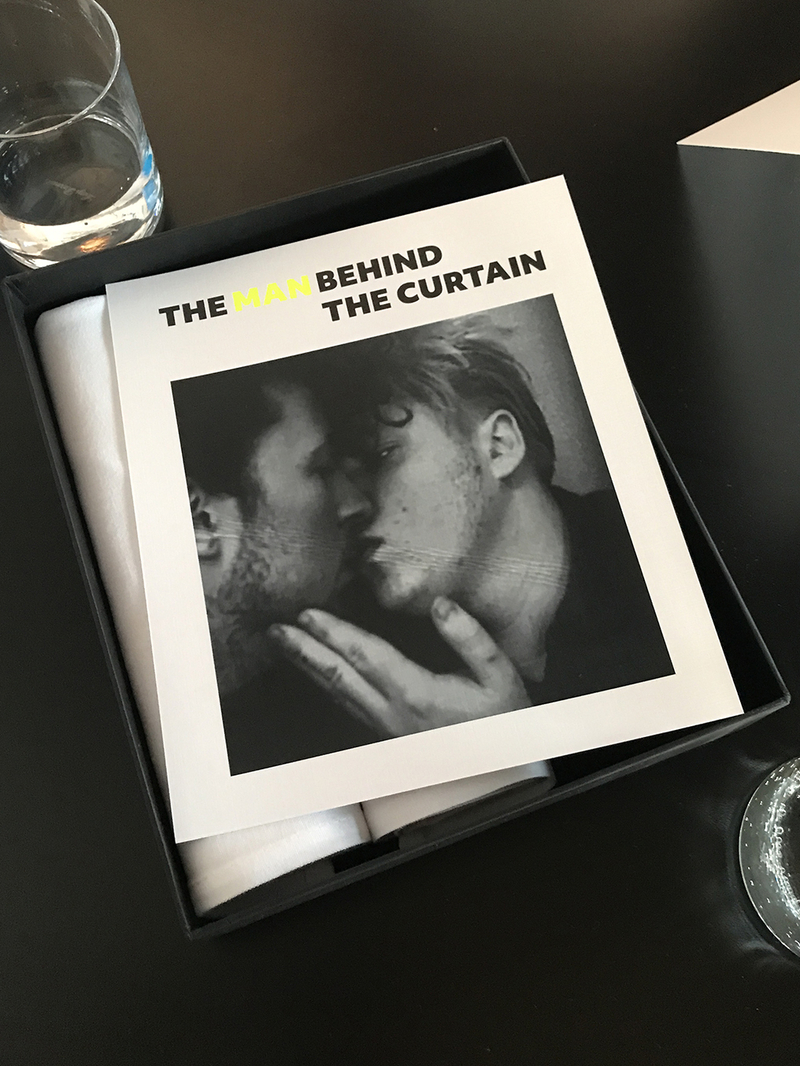 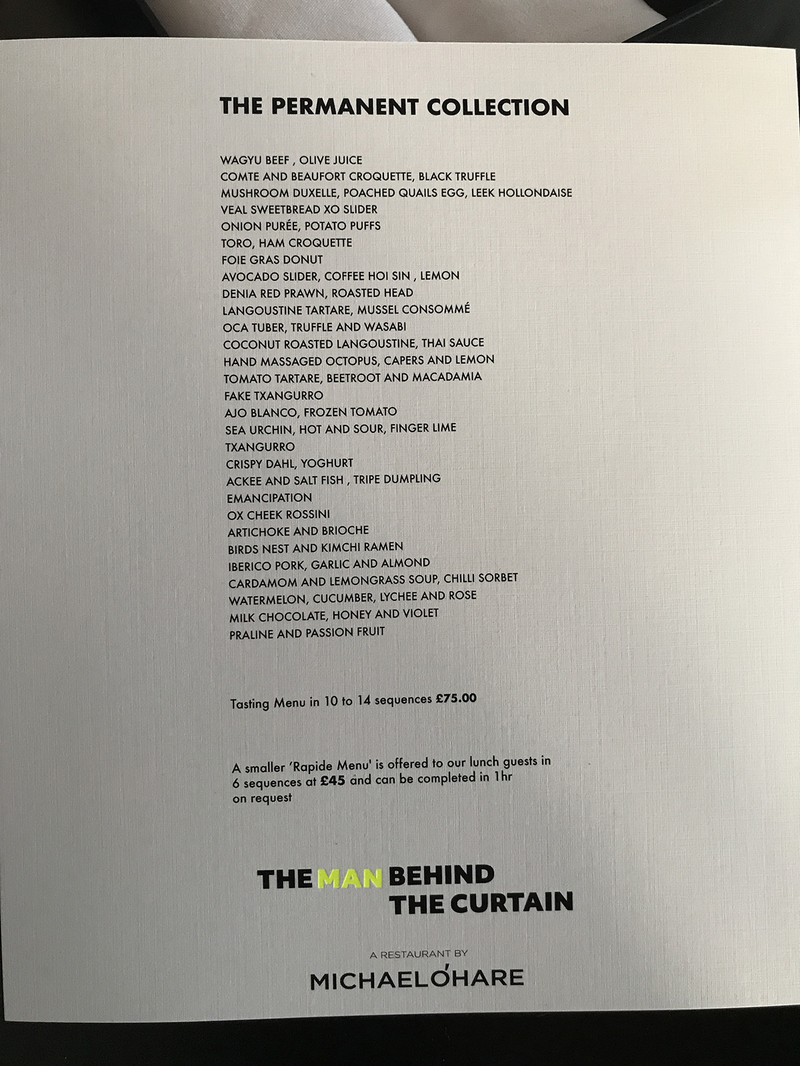 In place of carte blanche is “The Permanent Collection”, a compilation of greatest hits and album tracks, a combination of 10-14 of which make up each evening’s set-list (£75). No B-Sides, no tedious, self-indulgent Mars Volta-esque improv jams. The signatures are all here: “Emancipation” is the cod loin, and dehydrated squid-ink signature familiar to all Great British Menu viewers.

Fish & chips a la Rick Owens, it ought to be on the menu of every chippy in Whitby during Goth Weekend. White cod veiled under layers and layers of all-encompassing, light-absorbing black. Respite comes from a scattering of deep-fried shrimp, sprayed silver and bronze that shine through, but ultimately detract from its perfection - like taking My Bloody Valentine and putting a donk on it. 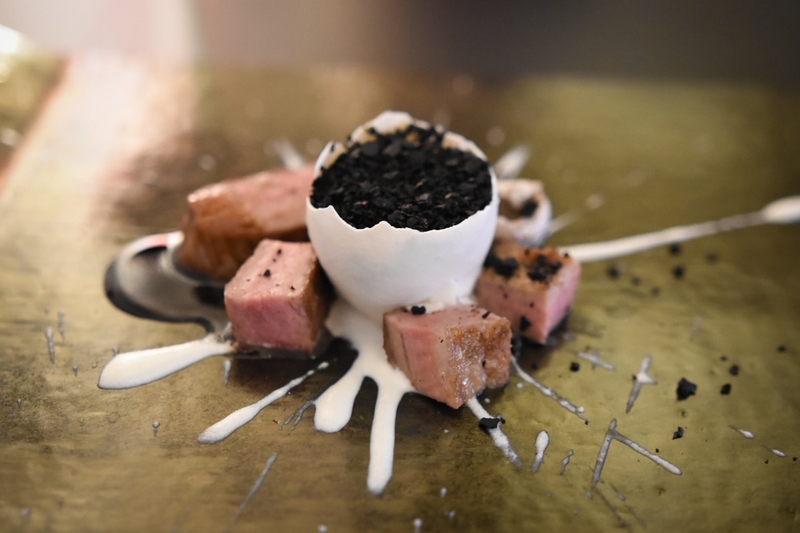 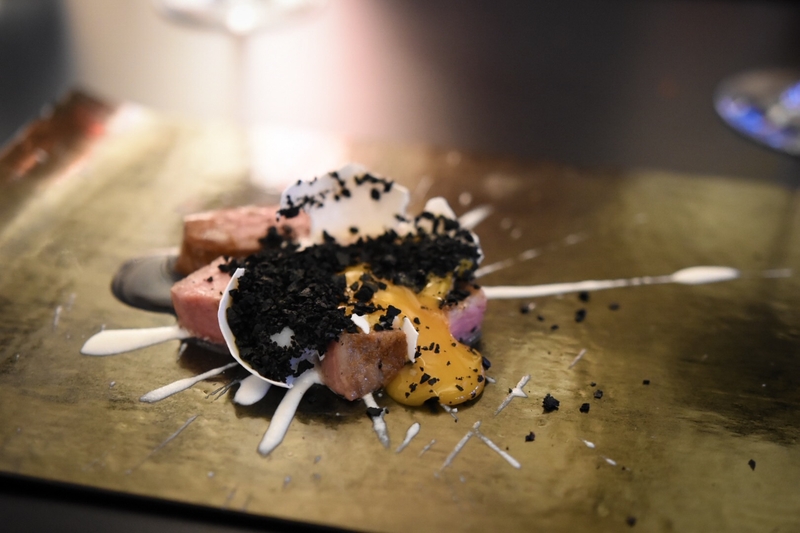 Iberico pork is a dish so renowned that other Leeds kitchens are too daunted to put the same cut on their menus. It comes on a base of ajo blanco reminiscent either of a Jackson Pollock (or a statue at the seagull sanctuary, depending on your mental age). It’s joined by a motor-oil-thick reduction of pigs trotters, and anchovy emulsion - an edible eggshell full of “charcoal” and poached yolk recreating the dreamy sensation of boiled egg and well-done soldiers.

Not all twelve “sequences” (*world’s longest eyeroll*) are so substantial. About half are mouthfuls, snacks, or palate cleansers. ‘Foie Gras Donut’s matte, berry-flavoured casing makes it looks like a novelty scented rubber you can get from that stationary shop in Trinity. Hardly Fat Duck levels of visual deception. 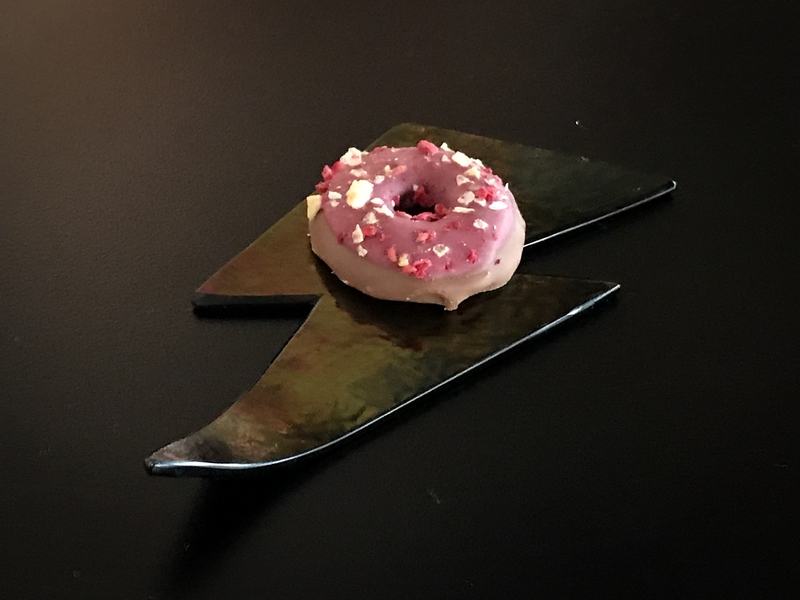 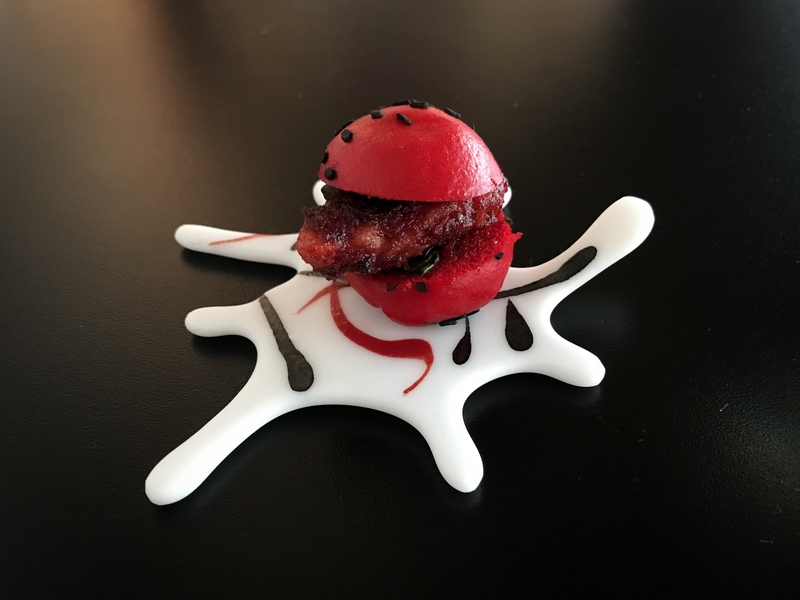 Get through that and you reach a ring of pungent paté that turns liquid at body temperature. It’s profoundly unpleasant at the time, but you convince yourself there was probably some merit in trying it - like getting a sports massage. Some masochists might even find genuine enjoyment in it.

A traffic-cone red steamed bun is much more of a crowd-pleaser, despite containing what my date insists is a “sheep’s bollock”. It’s a veal’s pancreas, actually: sticky with a lairy XO sauce. Aside from an excellent Umeshu plum sake on the wine list, this is the sole instance of Japanese influence rearing its head.

With Chef-patron Michael O’Hare’s new-ish Manchester restaurant Rabbit in the Moon serving as an outlet for his Japanese predilections, Man Behind the Curtain is able to focus more on Basque and Spanish influences in terms of produce and flavours, as well as the experimental methods of chefs like Albert Adriá and David Muñoz. 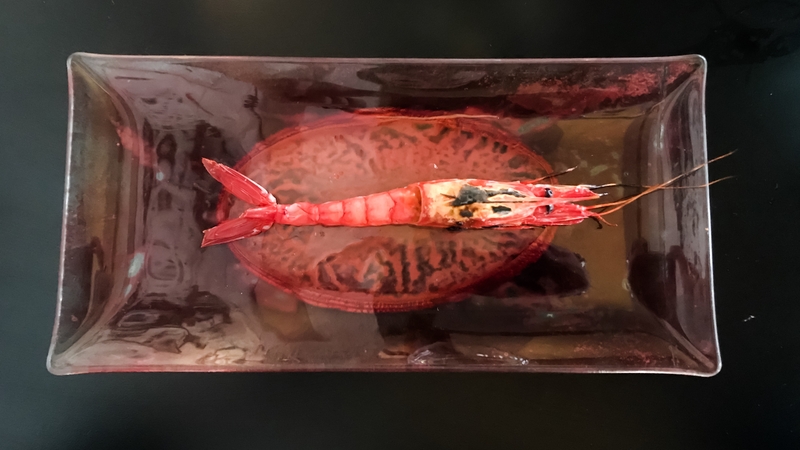 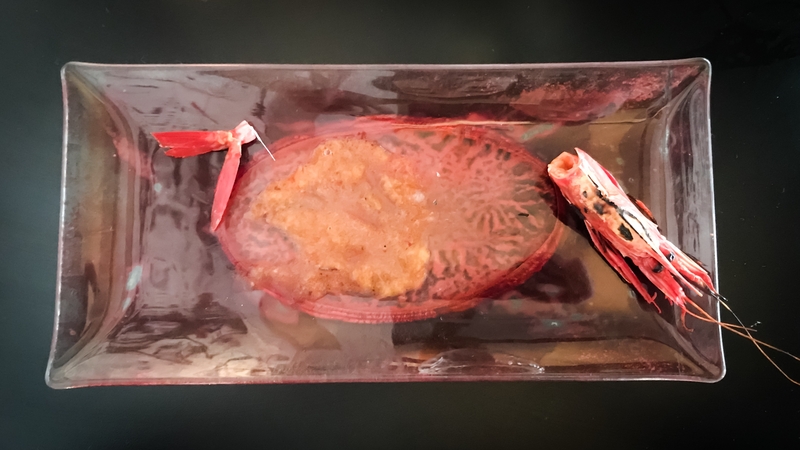 A granita and ajo blanco palate cleanser is a pure white avalanche of gazpacho; Txangurro of spider crab which expertly recreates prawn cocktail crisps; Quique Dacosta’s crustacean of choice, the Denia red prawn, is served with only its own barbecued brain as accompaniment - to be squeezed over the raw body as enthusiastically demonstrated by our waiter.

The entire front of house team run the dining room with reflexes and precision of a Formula 1 pit crew, and the grace of woodland creatures helping a Disney princess get dressed. Very few of them appear to have been born before the 1990s, including the sharp and affable sommelier who is happy to stand and answer all of our questions - not only about the wine, but just how you get to such a position at an age when most of us are only just upgrading from the yellow-labeled Campo Viejo to the orange-labeled Campo Viejo.

While Leeds is proud, protective, and possessive over “our” Michelin-star restaurant, in the wider picture it forms only the humble beginning of what’s shaping up to be a storied career for Michael O’Hare. Not only as he stepped out from behind the curtain, but he’s reupholstered it in metallic leather, and now uses it as a backdrop for a star-studded variety performance.

Behind all that, though everything’s in good hands, and being executed with gloss, finesse, and star power that its tribute acts can’t seem to muster.