For my money, the best dim sum ever steamed, fried, or baked in Leeds was that served in Vicar Lane’s Ho’s. And when I say “for my money”, I mean “for not very much of my money at all”. The kind of place where you deliberately over-order to bump up the cost per cover, tip with the generosity of a post-haunting Ebenezer Scrooge, and still walk out feeling like you’d robbed the place. I was gutted, if not at all surprised, to turn up one lunchtime a few months ago and find that the menu in the window had been replaced by an eviction notice.

Yeah it was cheap, but dim sum isn’t that expensive to produce: the highly concentrated flavour bombs are usually not much more than undesirable or, at best, unidentified bits of animal organ or flesh clenched in some kind of starch, and spiked with more than a sensible amount of red chilli, ginger, or salt. All three if you’re lucky. Despite this, the margins were unfortunately not sufficient to sustain the running of even a modest restaurant. 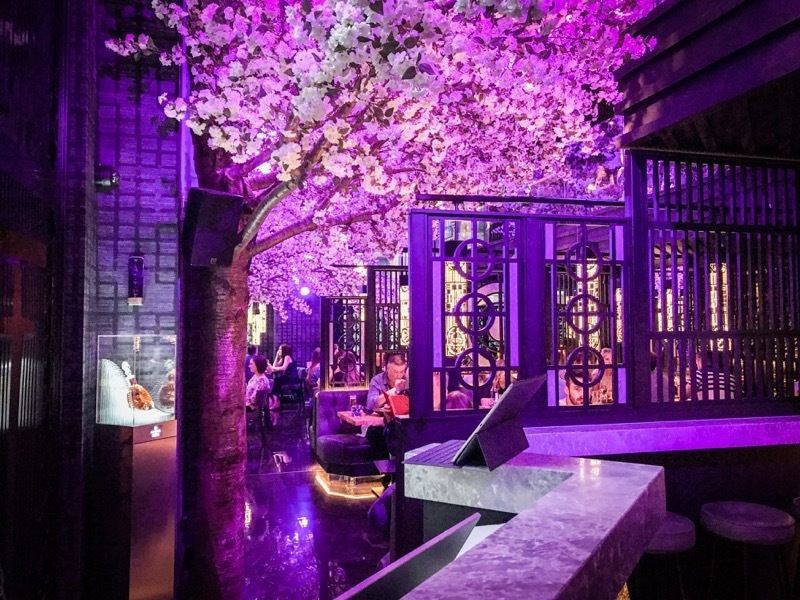 “Modest” and “Tattu” aren’t two words you’re likely to hear in the same breath, taking a leaf (or more appropriately, blossom) out of Hakkasan’s guide to Eastern-opulent interior design. All black everything, light features providing the atmospheric smoulder of a Beijing back alley, and an indoor cherry blossom tree spanning the whole restaurant, giving the place a bit of intimacy.

Not quite enough intimacy to protect neighbouring tables from my gasps and expletives - audible over the deep house soundtrack that even Guantanamo Bay torturers would deem a touch loud and repetitive - when presented with a bill for £170 at the end, though...

In the restaurant’s defence, nothing on the menu seems ridiculously expensive individually. All of the dim sum and most of the small plates range from £5-£10. I don’t want to say main dishes are “too expensive”, but they’re in the price range where you begin to feel justified in nitpicking. Honey-roasted Chilean sea bass, for example, is finessed rather than merely roasted. Pearly white flakes slink off like cards from a hustler’s deck - but paying thirty quid for a piece of fish makes you extra perceptive to little niggles, like the one-note sweetness of the sauce, or the fact the enoki mushroom fritter, looking like a crisp-fried meteor shower, doesn’t contribute much beside visual pizazz.

And in my defence, I thought I was actually being quite restrained with my ordering. The menu talks a big game, all wagyu and foie gras and crispy monkfish. Before even ordering, we’d already started planning what to get on our next visit. If we’d chosen everything that piqued our attention - the duck and watermelon salad, prawn har gau steamed dumplings, kimchi crab cake, beef fillet with caramel soy - I’d still be out back right now, scrubbing pots to work off the bill.

The menu is a huge flirt, revealing just enough about each dish to get you interested, leaving the details to the imagination. It ends up giving mixed results. “Red pepper lamb chops” makes no mention of the fact they come scorched and imbued with flavours of fire from grill, pristine in the centre, more a shade of “absolutely mortified” than just blush-pink.

On the other hand the “hot and sour pumpkin” it’s served with is a rather grandiose term for damp grated squash that fails to be hot, sour, or probably even pumpkin. It’s more of a som tam salad substitute designed for people recovering from gastrointestinal surgery. 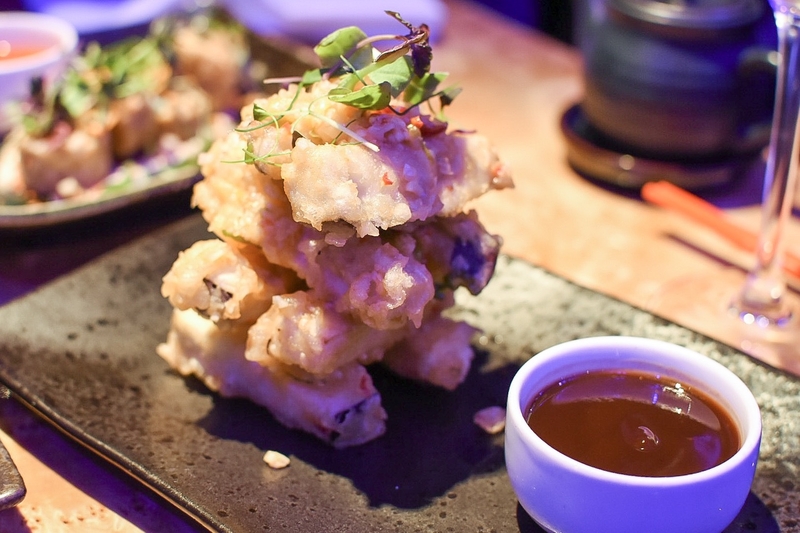 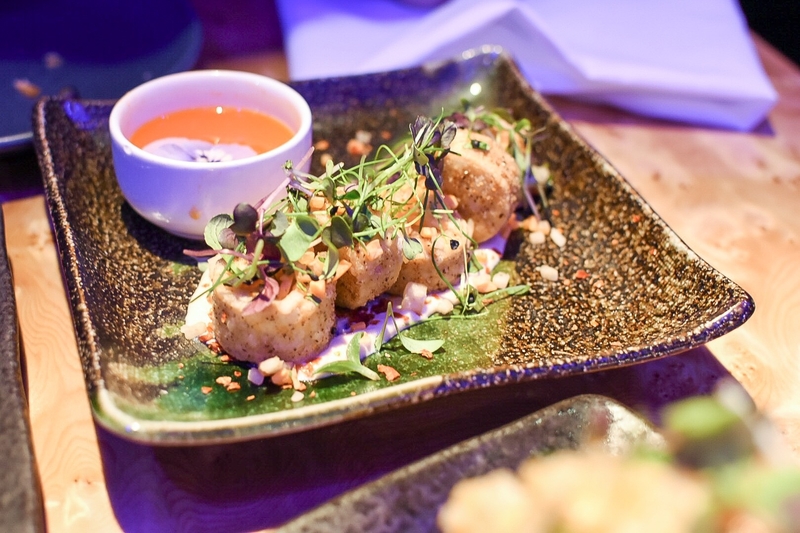 Both the salt and pepper aubergine and the chilli crusted tofu have the unenviable task of turning a comfortingly bland, dull canvas into something of interest, so they deep fry the aubergine and arrange in a Glaswegian Jenga stack, and true to their word, the tofu is a bit crispy and tastes a bit of chilli. Both are fine, but rely on sauces which do the real heavy lifting. Even actual deep-fried Jenga bricks would taste good with a thorough lacquering of cherry hoi sin.

The dim sum section is where the real joy is, though. We work through mounds of minced prawn and lobster, tip-toeing on the tiniest round of fried bread and shimmering in a lamé cloak of sesame seeds. It’s prawn toast living its best life; a better version of the takeaway guilty pleasure than even the legendary shrimp toast sandwich at LA’s Son of a Gun. 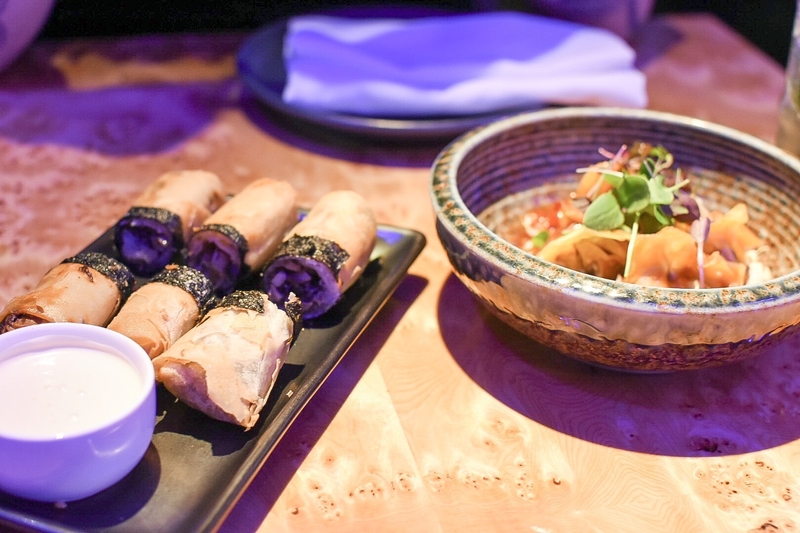 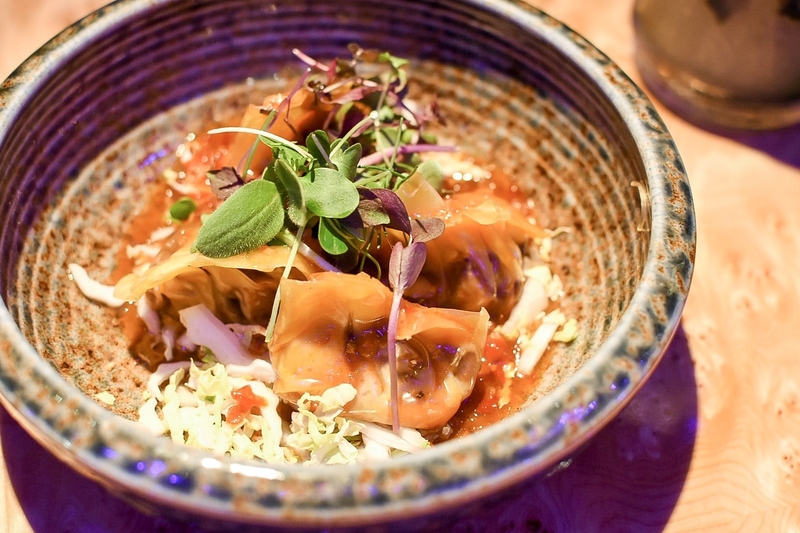 A thicket of woodsy fungus come as spring rolls pursed in crepe-like pastry”. On the side is a truffle sour cream with all the funk of an 8-string bass solo, and started firing off pleasure synapses I didn’t even know I had. Steamed wonton, pregnant with rich pigginess and heat, come with an anaesthetic szechuan sauce that leaves you with that “orthodontist fresh” feeling.

Throughout the meal we get the occasional waft of dry ice, adding (along with the deep house and the buckets of premium booze on tables and the temporary numb gums) to that Balearic nightclub aesthetic. Eventually it clicks that it’s creeping over from the neighbouring tables’ puddings - it’s called the Cherry Blossom, it’s essentially a boujee screwball, and it’s just ace.

"Essentially a boujee screwball" - look out for our review of Tattu, including this Cherry Blossom dessert, on the site tomorrow
A post shared by Leeds Confidential (@leedsconfidential) on Aug 17, 2017 at 10:27am PDT

It’s a fitting summary of the meal as well: it’s flashy, over the top, and just a touch gauche, but great fun. For my money - this time a painful, wince-inducing sum of money - it’s the new best dim sum around.