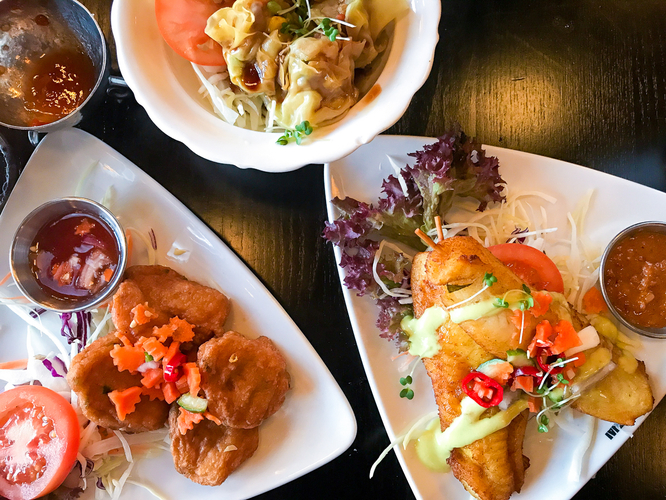 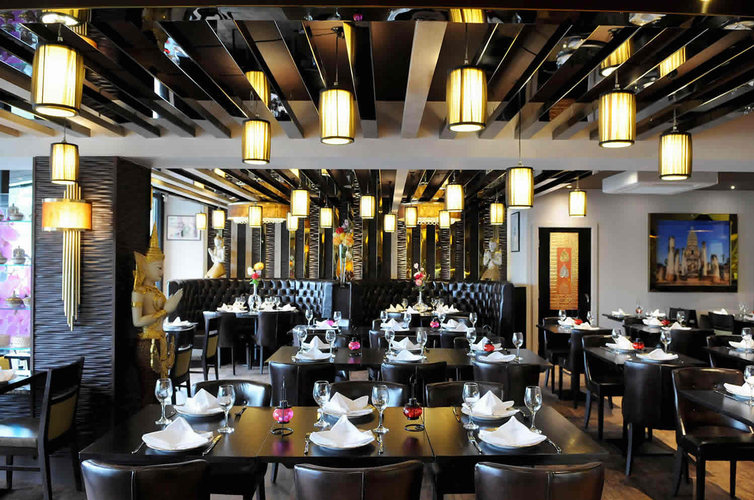 Before he has a full blown barney with an insolent chef - getting so up in the poor sod’s face that he almost gets enveloped by one of Rambo’s forehead wrinkles. Before he breaks character and gives the restaurant’s pathetic owner a shoulder to cry on and a reassuring “come on big boy”. Before he even rifles through the fridge and excavates a tupperware container of hollandaise that’s so old it’s started growing pubic hair.

Before all that he gets his red pen out and gets to work on the menu - slashing off row after row after row, like a Tory chancellor with a public spending budget.

With no less than 150 dishes between the covers, Sukhothai’s menu could blunt even the sharpest of Gordon's Sharpies; categories separated by the type of - or absence of - protein all contain about twenty dishes that are so achingly similar that an expert in spotting forged banknotes might struggle to tell them apart.

I know the student population of Headingley can be a pampered bunch, but is the business really going to suffer unless they offer a stir fry with chilli oil, mushroom, spring onion, and carrot as well as one with fresh chilli, spring onion, carrot and onion?

Not that business seems to be suffering from the inclusion of both - it’s Saturday night and there’s hardly a seat in the place that doesn’t have a bum on it. The last bit of daylight creeps into the open-plan dining room, and flaming woks provide intermittent strobes of orange light from behind a window to the assembly line - sorry, kitchen.

Thai food is perhaps second only to Italian in terms of numbers in Leeds, and so a hierarchy of restaurants naturally emerges. Sukhothai’s place in that hierarchy is the restaurant for people who fancy a bit more of formal affair than neighbouring Jino’s Thai cafe - with its rough and ready, BYOB charm - and don’t mind paying a few extra quid for it. 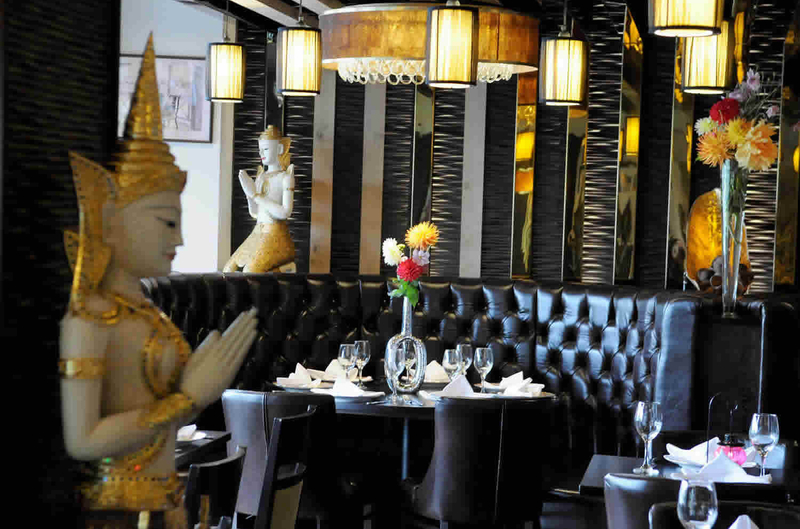 That extra fiver or so per head helps keep the restaurant in fancy decor, the waiting staff dressed up in traditional, opulent garms, and the cocktail list well stocked. Thailand being the home of the Full Moon party, it would be culturally insensitive to not order something containing Mekhong Whisky - the Mekhong Mojito (£6.95) is a good start.

The food itself doesn’t stand out from any of its competitors - in fact, what was once a star of Leeds’ Thai scene is starting to be made to look a bit over the hill by recent openings, not least by its sibling restaurant Zaap Thai’s fresh and spirited street-food-inspired approach. 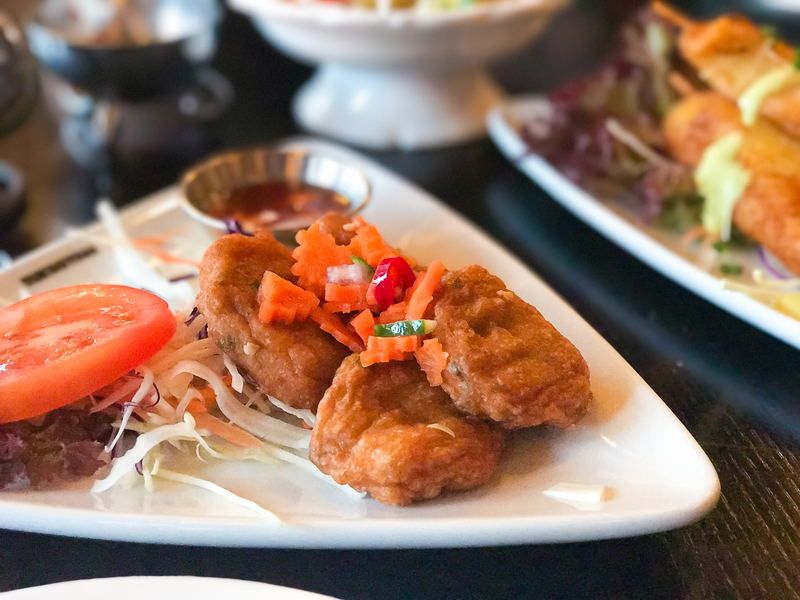 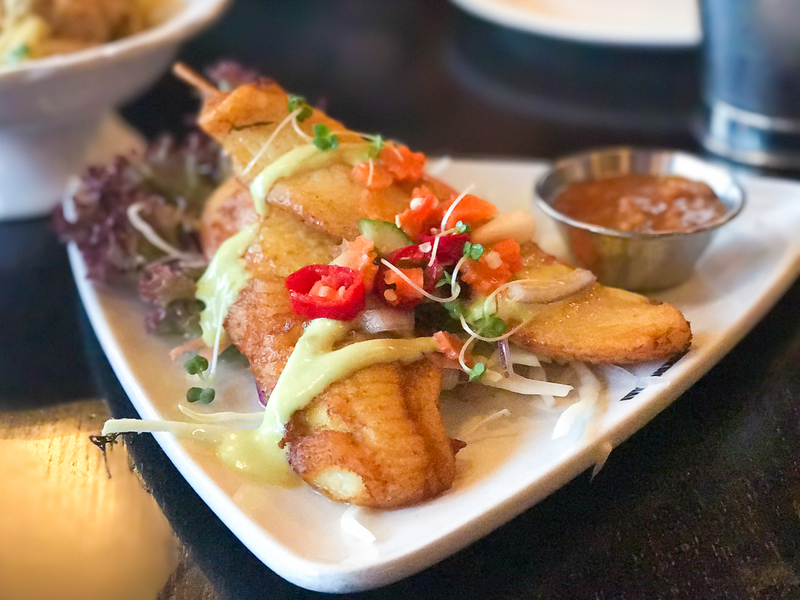 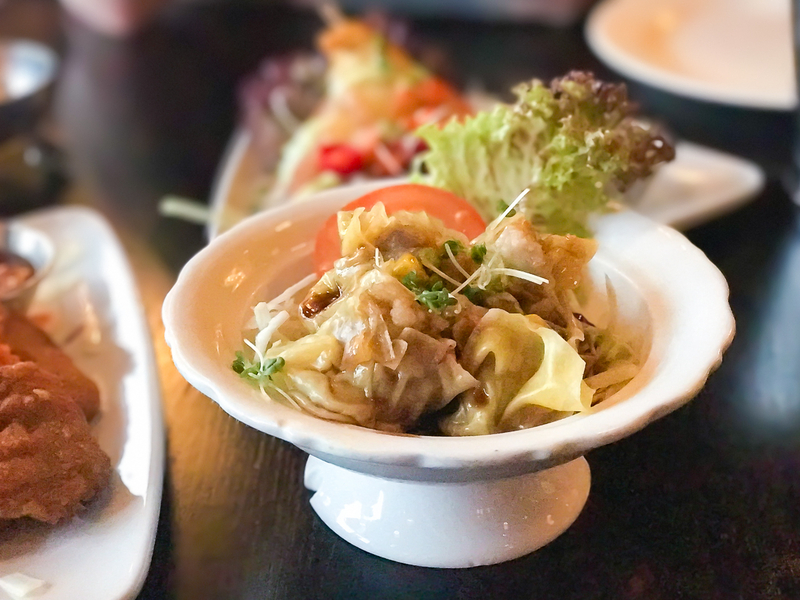 That’s not to say I ate anything particularly bad, it’s just that it doesn’t seem to be trying. Listless fishcakes (6.25) taste like they’re bought from the supermarket, and ooze cooking oil and ok-ness. I could go to the chippy and return with a more exotic version of satay marinated grilled haddock (£6.25), and the unidentified puree of vegetables inside slimy-skinned steamed vegetable dumplings (£5.50) makes me feel like a drug mule attempting to smuggle condoms of bubble and squeak into a hellish dystopia where mashed potato is contraband.

Pad see aew (£8.95) is a glossy tangle of flat noodles with broccoli, Chinese cabbage, and crispy tofu. It’s the kind of thing that you’d feel pretty proud of if you’d knocked it together at home, at a restaurant with 150 other options on the menu though it doesn’t quite cut it. 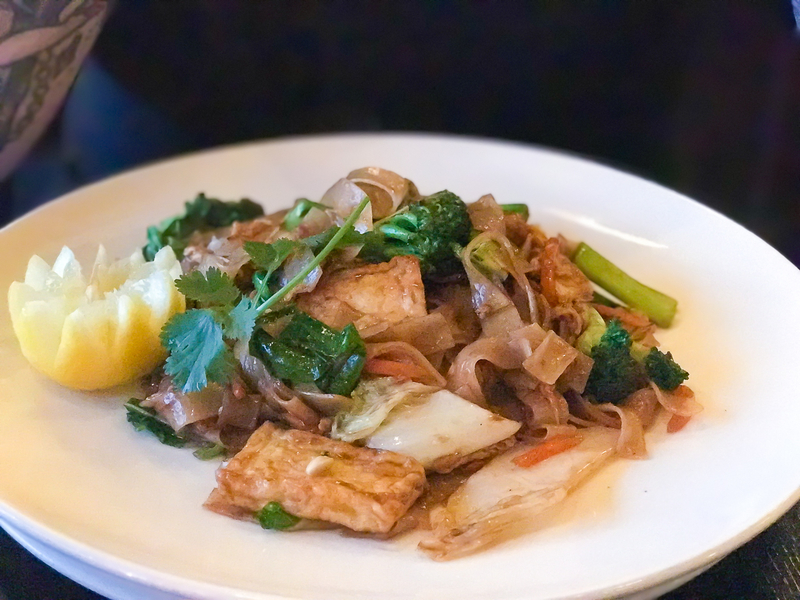 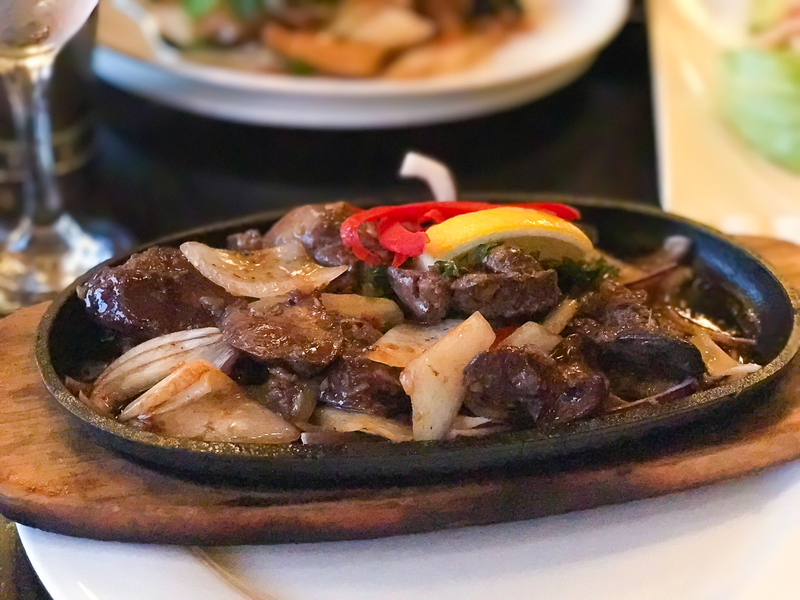 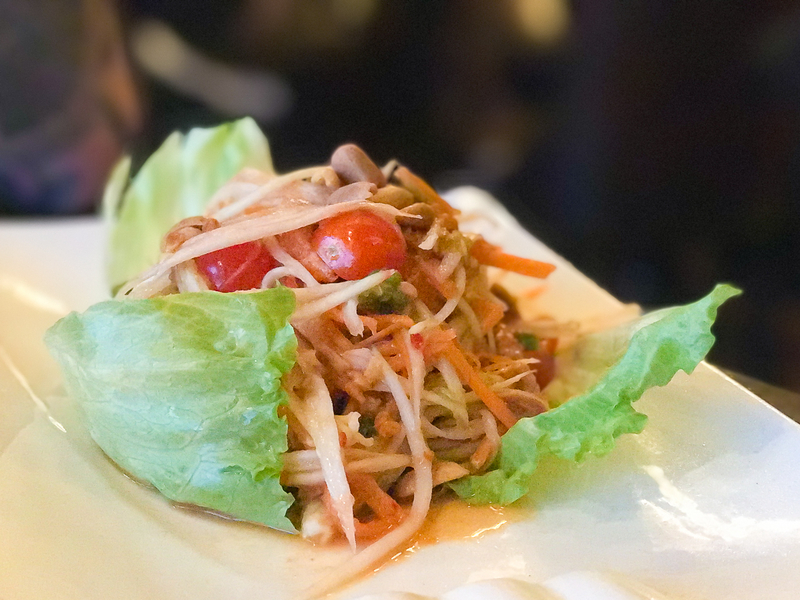 That said, the other 150 options are much of a muchness - Tab gata lon (£9.95) is about as exotic as it gets, described as chicken and duck livers with garlic, black pepper, lime leaves, oyster sauce, lemongrass, onion and fresh chilli, it tastes only of oyster sauce and a bitterness of undercooked onion and has the signature floury texture of overcooked liver.

Som tum salad (£6.95) is a good barometer when judging Thai restaurants, and it’s the most accomplished thing put in front of us at Sukhothai, despite being so spicy that it leaves you feeling like you’ve had your tongue pierced, the rest of the flavours are present and fairly well balanced.

Like I say, the place was busy and people seemed happy enough - you can’t really go wrong serving dependable, familiar favourites and giving the illusion of choice. It’s not exactly a kitchen nightmare, just a bit of a snooze-fest.