"I love beer. I like Thai food. What could possibly go wrong?"

Of all the possible food brewery collaborations in this great city of ours, I wouldn’t have put Northern Monk and My Thai together. My bet would have been something more in the vein of Belgrave – over-the-top-topped fries to go with the craft beers – a pairing as ubiquitous as vol-au-vents and cocktails in the 1970s. Then again, I love craft beer. I like Thai food. So why not together… what could possibly go wrong?

Northern Monk is one of those hidden gems tucked away from the main drag, and unbeknownst to all but the most dedicated craft beer brethren. Even the locals are generally more familiar with the brewery’s cans at the likes of Tall Boys, Little Leeds Beer House - even Marks & Spencer - than their bright and airy refectory upstairs above where the beery magic happens – and it’s a travesty that it’s not more-frequented. 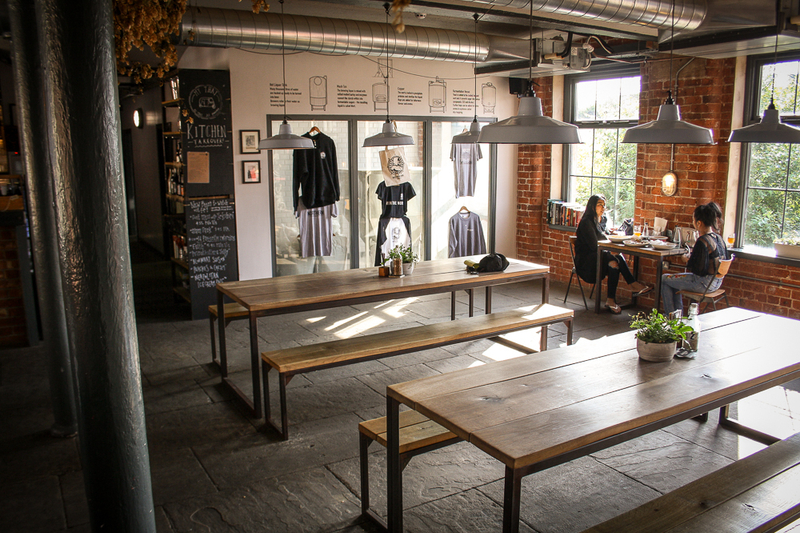 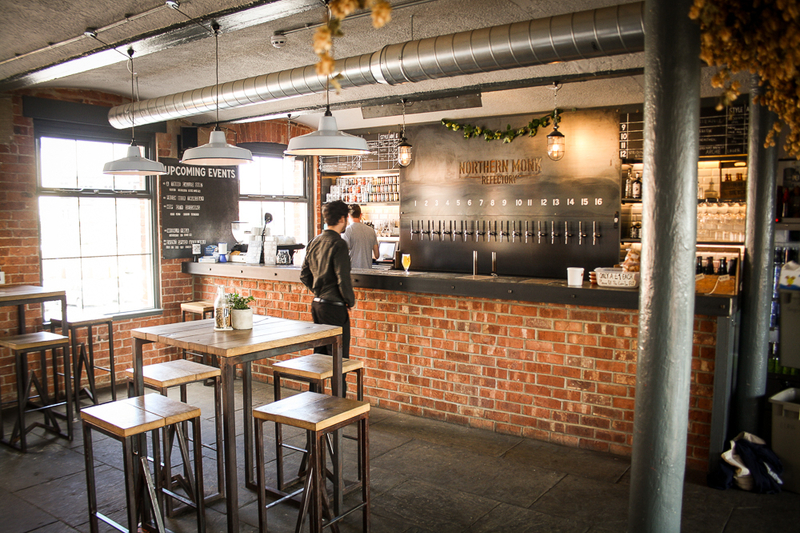 We’re all familiar with MyThai - the family of restaurants is spreading around the north of England faster than chlamydia at a Full Moon Party in Koh Phangan - so it’s impossible to avoid dividing the review between kitchen and bar, and comparing the takeover to the full restaurant experience.

At times, it does feel like the brews and the food are standing on opposite sides of the school disco sports hall rather than dancing off into the sunset together. They reach out for each other, but don’t quite meet in the middle. On the back of that, whichever way I shake it I’m afraid there’s just no way across the divide, so we might as well get on with the beers. 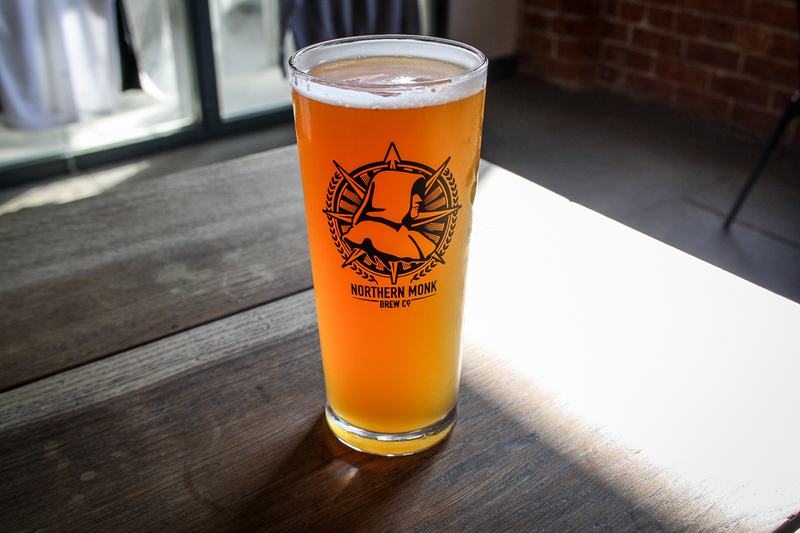 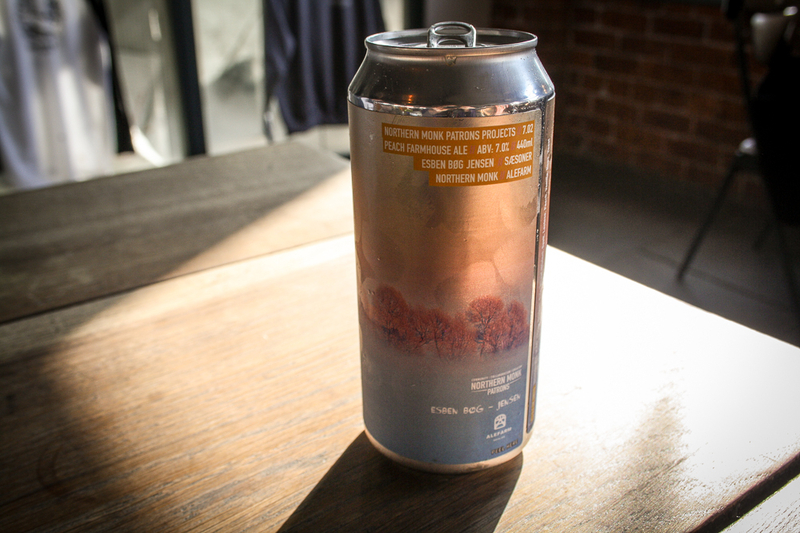 Northern Monk’s Neapolitan Pale Ale has become a summer staple – and not just in Leeds. This smooth, sweet, sun-golden nectar has travelled far and wide across our green and pleasant land and it’s a joy to finally drink it at its birthplace.

Peach Farmhouse Ale is juicy and appropriately tart, though I’m missing the promised hint of vanilla that would just round it out to perfection. But I’m being picky – these guys know great beer, so they make great beer – no muss, no fuss. Be warned though – averaging around 7% after only a beer and a half I’m fairly hammered, and I’m a Saison'd professional. Don’t make plans to do anything strenuous after a session. 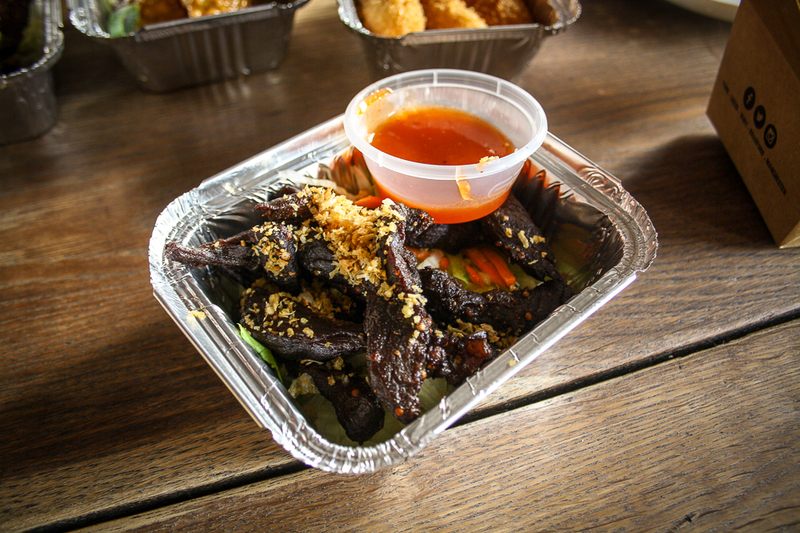 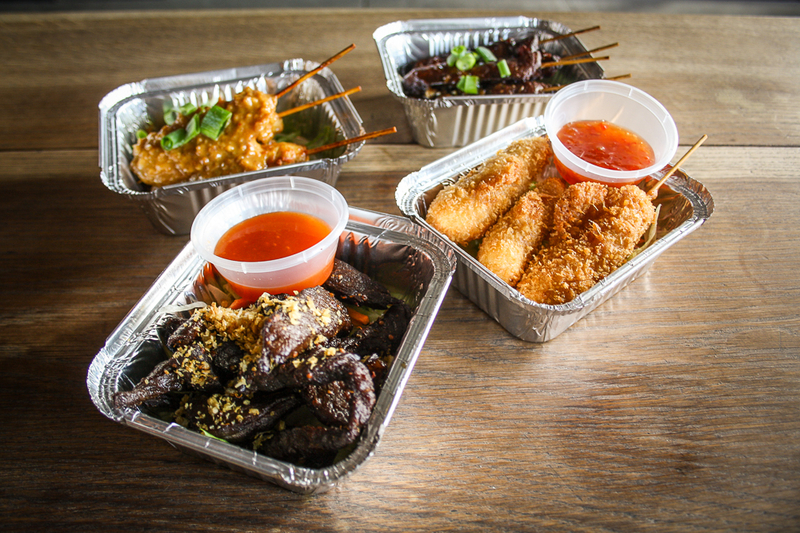 Despite being listed in distinct sections as snacks, starters and mains respectively on the menu, the food comes out in whatever order it’s ready. Beef Jerky with Sriracha Dip is meatier and less dense than your usual dried jerky, and an instant winner because it’s the closest thing to a traditional beer snack. King Prawn Tempura is Thai kitchen meets Northern chippy, and lands somewhere between light airy tempura batter and breaded scampi, with a beautiful succulent pink prawn nestled inside its crispy coating. Superfluous sauces taste a bit shop-bought.

Each of the snack/starters come in foil takeout containers, which is fine – saves on the washing up, but for some unknown reason there’s a bed of bog standard supermarket bagged iceberg lettuce salad hanging around underneath the actual dish, by which I am utterly and entirely baffled. It adds nothing, and distracts from the skewered or fried main events. 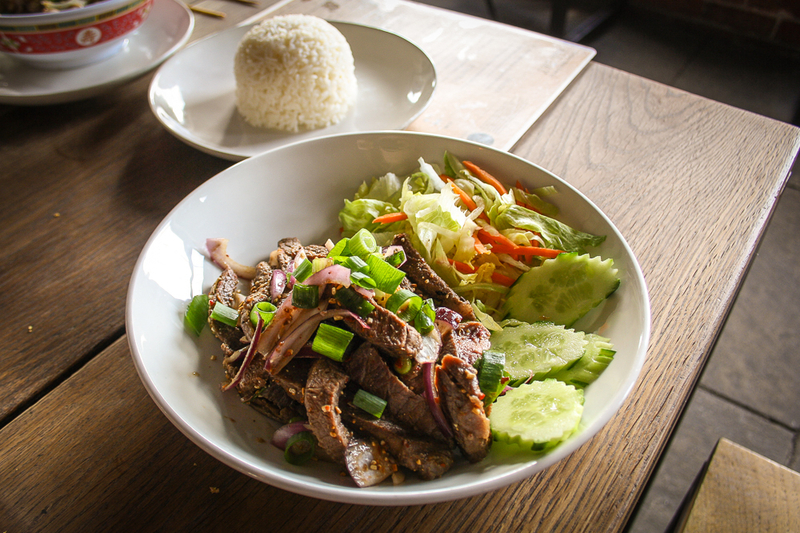 It reappears on my main dish – Nuer Numtok – a sirloin dish that comes with a “Beware, this is a spicy dish” note on the menu, like a red rag at a bull. Whether I particularly fancied it or not I had to order it, and take on the challenge that this menu had dared face me with. Having sampled pretty much everything else in a nervous attempt to build up to the forewarned fire I took my first bite, and… nothing.

Okay, there was a pleasant tingle at the back of my throat after a few bites, but it wasn’t even in the same postcode as the heat I’d been expecting. Where’s Hercule Poirot when you need him? Forget about all those murders on Orient Expresses and put down the moustache wax, this is the case of the missing spice, and I just can’t solve it alone. 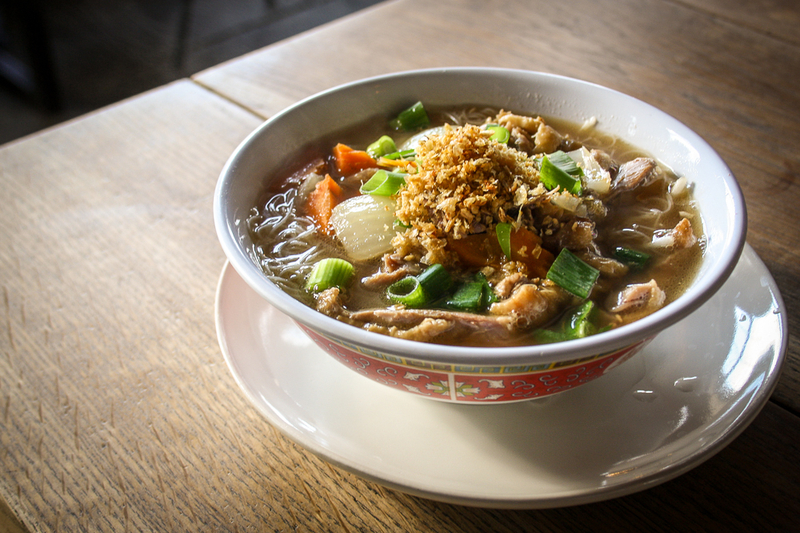 Curiosity and gut-feeling got the better of my love-hate relationship with soup, leading me to the Sukhothai Duck Noodle version. An incredible thing happened – I actually liked it. No, that’s an understatement – I loved it. A murky pond of delicate, fragrant Thai broth, with tender roast duck and perfectly al-dente vegetables paddling amongst wriggly rice noodle. I’d sink into a bath of if I could. It feels a little out of place in the surroundings - everything else is better “beer food” - but dammit I just can’t bring myself to care – this is special – and like everything else it’s cheap, at just £7.50.

So, what could go wrong? Not an awful lot - especially at these prices. Yes, it does feel a bit of a mismatch to have the subtlety of the soup alongside your souped-up craft hyper-beers – but if you make the effort to pair things up appropriately (or ask the staff for their willing, expert opinion) it works. Get a range of skewers, snacks, maybe some noodles at a push - the mains might work better over at the real McCoy, but as beer food goes, it’s a damn sight better than a pack of ready salted. 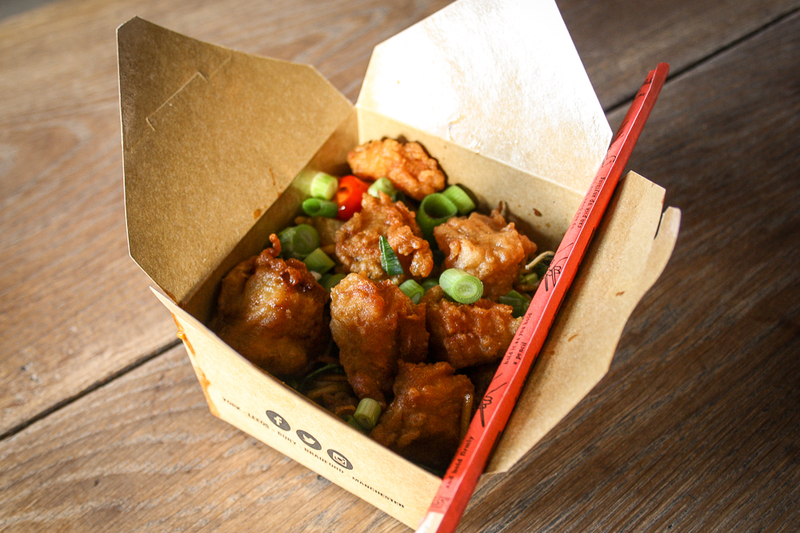